The Khoo Kongsi in George Town, Penang has always intrigued me. Not only because it is a beautiful place, but also because it holds some ties to my roots.


A. ROOTS
You see, my maternal great-grandfather was Khoo Teng Khit and my grandmother was Khoo Kooi Chiew. My grand-mother was renown for the Nyonya kuehs that she made and sold from her house in Tanjong Tokong. 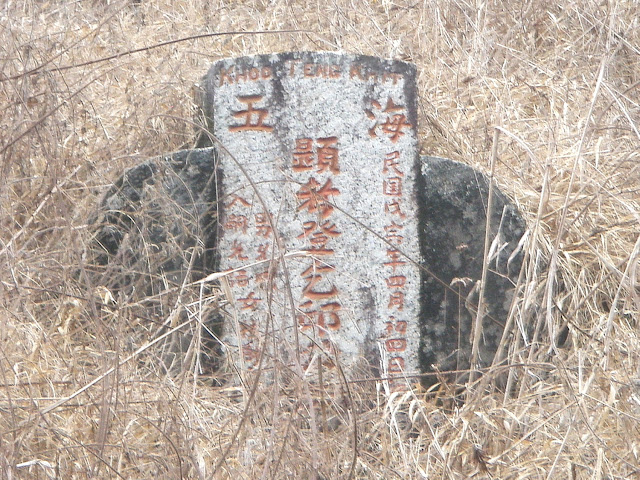 In fact, both my maternal great-grandparents tombstones can still be found at the Khoo Cemetery at Bandar Baru Air Itam, Penang.
Khoo Teng Khit's grave, adjacent to the columbarium,  is easily visible from the Thean Teik Highway. My great-grandmother's one is much further inside. 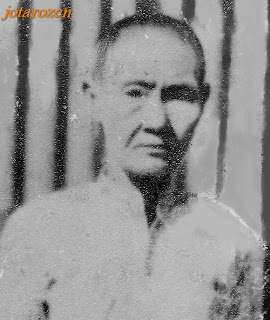 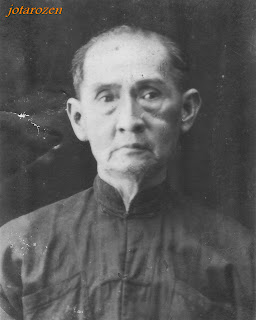 Any way I digress, enough of my roots, let's see the Khoo Kongsi!

(Note: If you see bicycles in the photo below, don't be surprised. See, my friend Sin & I visited the place while on a Cross-Channel Bike Ride)

The Khoo Kongsi, officially know as the Leong San Tong Khoo Kongsi, is a functional and residential place consisting of several building, with the main building occupying a predominant position. It has a multi-role function as a clan house, temple, ancestral altar, museum &  administrative center.
It has a large open square surrounded by these buildings.

Coming via Jalan Masjid Kapitan Keling, we entered the place via Canon Square through a small indiscreet archway that belies what lies beyond. Two rows of inhabited terrace houses line this street.

There is another small side entrance coming in from Armenian Street. This one also have residential houses lining it too.
Two other entrances are a side one leading to Acheh Street, and a back one to Beach Street.
All these other entrances are closed to the public.


The main building totaling 15 meters high is of two levels.
At the top level to the right is a prayer hall & at center is the main hall.
To the left is the ancestral altar room, where the wooden tablets of the deceased are placed for prayers. I felt this was a private place and out of respect for the deceased, I did not take any photos of this altar room.

A museum takes up the whole of the lower level, its entrance is on the right.

Opposite the main building is a roofed opera stage.


Feeling that I should know more about the history of the place, I decided to see the museum first.
It's landscaped entrance and warm timber doors were welcoming.


I reproduce here the lower level floor plan (this is from the Khoo Kongsi website) so that readers can understand the place better and also orientate the photos shown here in respect of the locations where they were taken. I will be using the names shown in the plan above.


The Museum covers the whole of the lower level, so visitors can expect to see elaborate exhibits and documents that proudly represents the Khoo.
I entered into a small hall (the Left Room) that gives a brief history on the Khoo hereditary lineage. The lower level has a low ceiling, about only 3 meters high but its timber ceiling joists gave it an ornate feeling.


Despite it not being air-conditioned, it was quite cooling - must be the architecture of the place that allows for this.


At one corner of the room, laid out like an array of mahjong tiles, is a chart that shows how the Khoo's name themselves.
Most Chinese clans has a system of naming their descendants that follows a generational lineage. From the middle portion of the name, it is possible to tell which generation that person is from. (for a witty explanation of this read 50 Names!)
Pity that I don't read Chinese, is my great-grandfather from the 10th generation THENG or the 23rd generation TENG, I am not sure but will try to find out in future.

At the center of the long wall was a panel which charted a brief history of the Khoo Kongsi.

On the other wall is a pictorial presentation of a brief history of the Khoo in Penang.


I exited the Left Hall and entered.....


..... a nicely decorated passage-way with a lighted panel of lantern motifs. This leads to the Central Hall

In the Central Hall, were displays that showed a more detailed account of the past - that of the building's, the Khoo's, and Penang's itself.

A history of the buildings growth, how it was renovated, extended to it's present size.
Floor plans, section and elevations of the Khoo Kongsi.

Poster depicting the Penang Riots during in 1867.


At the front of the Central Hall is the Front Corridor, I went there to take a short break from viewing the exhibits - there is so much to be seen and taken in.
The dimly lit corridor has a calming and soothing effect and did in fact re-freshen me.


On one other wall were photos and text elaboration of the architecture and concept of the building. The above photo details that of the roof.

And this one on the roof ridge decorations.

The crest ornament on the Central Hall roof ridge.

Ornament on the roof of Prayer Pavilion.

And near here are dedications to some of the famous sons of the Khoo clan.


A poster on ancestral worship.

Stretching behind the Central Hall, Left & Right Rooms is the Rear Corridor, part of which has been converted into a video room where visitors can sit, take a rest and view videos of the Khoo Kongsi.

Next to the Rear Corridor is a tall wall that marks the boundary of the property abutting Beach Street (Lebuh Pantai). The space between the wall and the Rear Corridor brings in the two elements - light &ventilation - into the building.

A Koi Pond here adds the water element to this space; good feng shui even at the back of the building.

With that I left the Central Hall documentation room and entered the kitchen through a narrow archway.

The kitchen is only a mock-up one, but it does re-create the scene closely.


I exited another doorway.
Hey! I am outside! That's the end of the museum tour, one that has been enlightening on the practices of the Khoo Clan and it's history; and also an educational one on the history and concept of the building.


I looked around to adjust my eyes to the brightness, the beauty of the red gable end wall eased the glare away.


From the outside, the Khoo Kongsi has one of the grandest look among all the clan-houses in Penang. This is the roof of the Prayer Pavilion.


Here,s the Upper Level floor plan. How I wish that these floor plans were part of the ticket package, it would be so useful to understand the place better and physically orientate oneself.


Other than the size and color of the roof; the large, intricate roof ornaments add to the beauty of the structure.


A close up of the roof shows the great effort in fine detailing of all elements of the roof -  from the end-ridge, roof eave tiles, the colorful roof ornaments to the timber-work at the roof joists. All have been finely crafted.


Side view of bottom of roof, from here one can really appreciate the fine timber craftsmanship that has been put in.


Attention is given to even little things, like these carvings sitting on top of the roof joists.
That's what makes the Khoo Kongsi impressive - attention to details.
And I haven't even really entered the place!

Close up of timber-work below the roof.


I took the first flight of staircase up to the large mid-landing, and looked up the second flight at the entrance to the main hall, i.e. the Cheng Soon Keong.
This mid-landing is actually the Prayer Pavilion, where prayers are offered during festivals.


A red ceremonial cloth banner hung over the main entrance.
In Chinese custom, these red banners brings luck and are usually used during Chinese New Year and house-warmings.


Still standing at the Prayer Pavilion, I bent my head upwards and looked at the bottom of the roof.
The roof joists are supported by carved golden timber corbels and the round timber joists themselves has elaborate paintings.


A verendah corridor runs to the right leading to the Hock Teik Soo annexe, where a shrine is dedicated to the Tua Pek Kong (the God of Prosperity).
Large "Dragon" columns support the roof.


Another verendah corridor runs to the left, leading to the Ee Kok Tong (Ancestral Hall) annexe, the ancestral hall of the Khoos. In it, ancestral tablets (sin choo pai) are placed according to the ancestors’ positions in the clan hierarchy.
Elaborate gold colored railing prevents visitors from falling down to the lower level.

At the top of the stairs is a stone statue and next to it one of the "Dragon" columns.

Close up of a "Dragon" column, from base looking upwards.

Close up of one of the stone lions.


On the far end wall of the left corridor, in front of the Ancestral Hall is a stone tablet carving of a Qilin - very appropriate as this mystical creature is linked to the death and reincarnation of important people.


And on the far end wall of the right corridor is a stone tablet carving of a tigress and its cub.

Ok. I think we are ready to go into the main hall.
The Main Prayer Hall (Cheng Soon Keong), is the largest hall and the most elaborately decorated.
It is named after the Cheng Soon Keong Temple found in the ancestral village of the Khoo - the Sin Kang (Sin Aun) Village in China.

Altar at the Main Prayer Hall with gold colored carved timber panels in the backdrop. 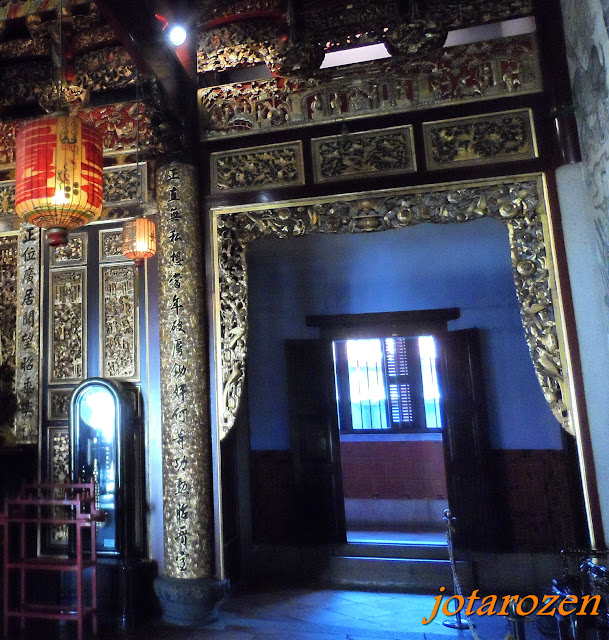 High above towards the front, are two Dragon Lanterns hanging from an elaborate ceiling.

Also high up on the right wall is a mural of Chinese Gods.


Below this, ebony China Wood chairs and tables (with mother-of-pearl inlays) sits in front of a red tiled wall.

The Chinese Gods mural on high on the left wall. 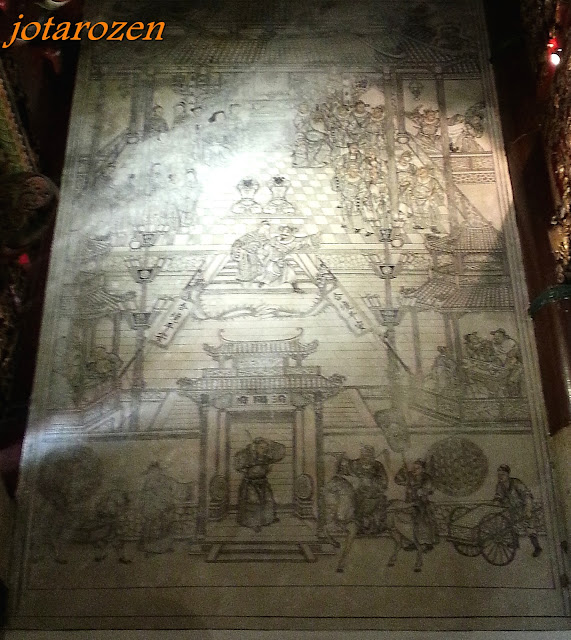 Also adjacent to the altar and high on the right wall is a Chinese mural depicting life in ancient China.

A similar mural on the other side depicts a scene from an ancient Chinese court.

The foundation stone table that can be seen in the Main Prayer Hall.


Having finished with the prayer halls, I moved to the Rear Corridor - it' simple design contrasts with the opulent ones in the prayer hall.
But though spartan, it was in it's own way beautiful.

It was a small art gallery of sorts, with Chinese paintings hanging on its walls.


With that I left the Khoo Kongsi, truly awed and impressed by its art, architecture and history.

Note to readers : Though my blog to covers a fair bit, visit the Khoo Kongsi official web-site (www.khookongsi.com.my) - it covers so much more and is more accurate.
Or better still go to George Town, Penang, Malaysia and have a physical feel of the place!

You are at - Jotaro's Blog / Footsteps / Malaysia 2013 - Sites / Khoo Kongsi, George Town, Penang Malaysa
If you like this, view my other blogs at Jotaro's Blog