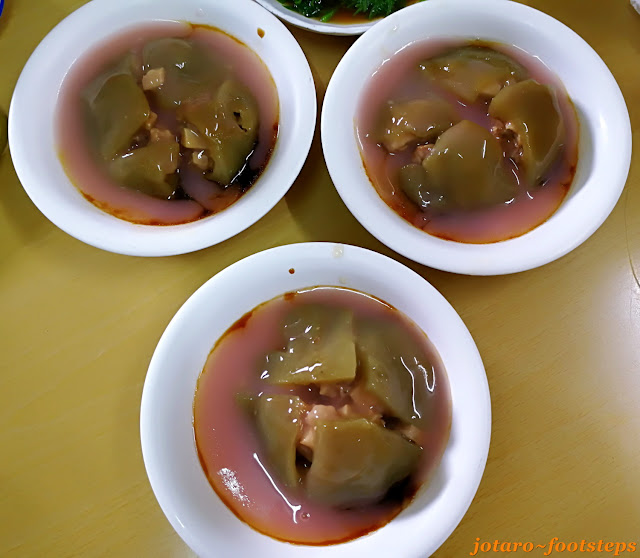 Ruisui Township, Hualien County, Taiwan - October 2017
En route from Yuli to Hualien while on a cycling tour of Taiwan, we were looking for a place for lunch after visiting the Tropic of Cancer Marker when we passed by a town called Ruisui (瑞穗). It's a rural township  located midway up the Huadong Valley and at the southern part of Hualien County (花蓮縣). It's not a big place and we did a quick loop of the town center and chanced upon a place that sold something unique - Green Tea Mochi Dumplings! 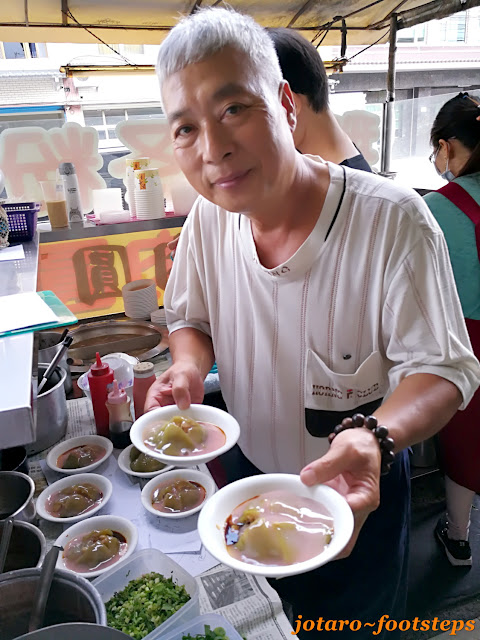 What does green tea has to do with dumplings you may ask? Well here's Mr. Ho the operator serving a couple of bowls of the dumplings which are made from a rice flour kneaded with green tea. He's a friendly chatty person and was to later recommend us go visit the nearby Danongdafu Forest Park (大農大富平地森林園區).
Days earlier, we had earlier tired the minced meat mochi dumplings at Mamatan Dumpling Shop in Nanzhou, and found those to be nice, so why not try this too. 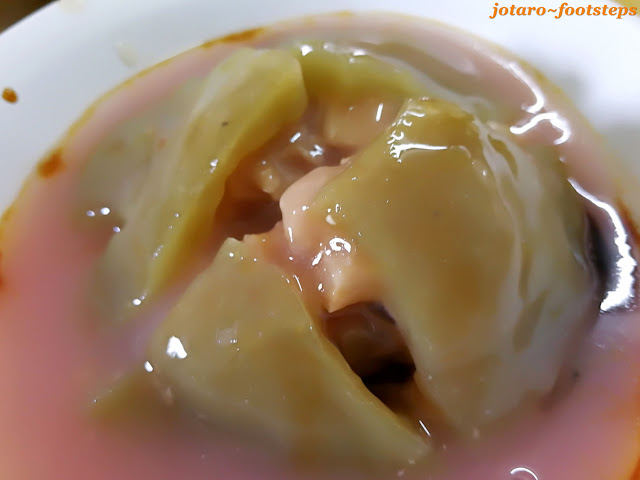 Ruisui is located to the nearby Wuhe Terrace which is renown for it's Dancing Cranes Tea, so it was natural the tea to be included in the local cuisine. The dumplings were of fairly large size with thick greenish skin that's QQ chewy like that of Mochi. For ease of eating, it had already been slit open into four quarters. 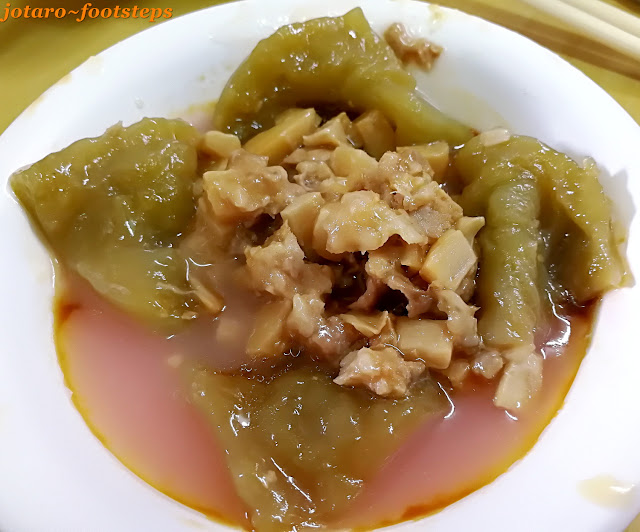 The inside is actually a meatball consisting of minced pork mixed together chopped bamboo shoots. Ruisui's population is made up of Hoklo, Hakka, and Taiwanese Amis aborigines, So it was not surprising to find bamboo shoots, a Hakka favourite, as part of the ingredients. The bamboo shoots used here had been was very thoroughly so there was none of it's usual ammonia scent. 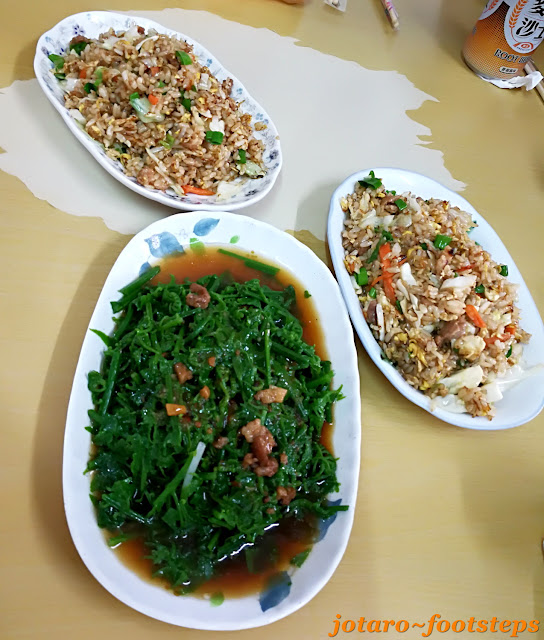 Other than the dumplings we had a couple of dishes of fried rice, one with pork and the other with chicken, and a plate of stir-fried paku (Fiddlehead Fern). The rice were well fried and had a good slightly burnt aroma. The stir-fried paku was quite unique had probably had it's origins from the Taiwanese aborigines cuisine. 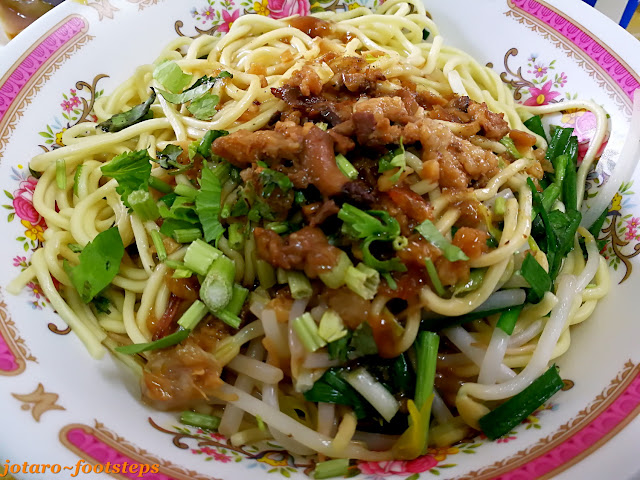 We also had a plate of noodles that came with crunchy bean sprouts and a topping of mince pork. It's somewhat similar to the Malaysian Hakka Mee but used round yellow noodles instead of flat ones. 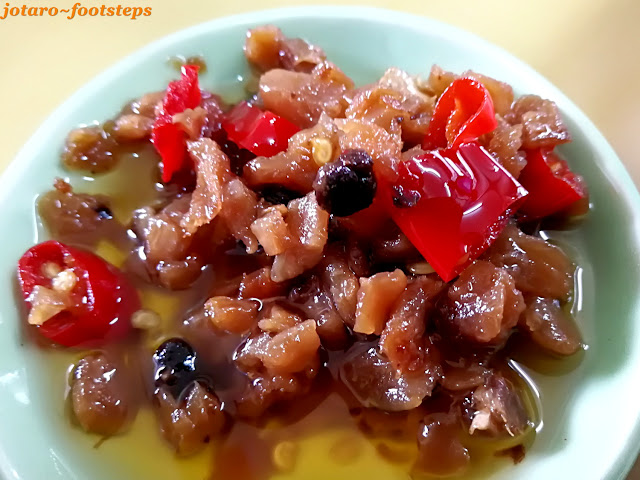 A small plate of strongly flavoured pickled radish and chilli came with the dishes. Stir the oil into the noodles and .... !Yummy! 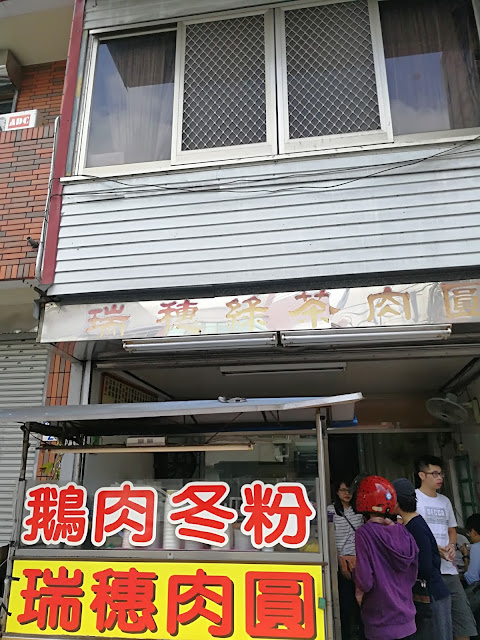