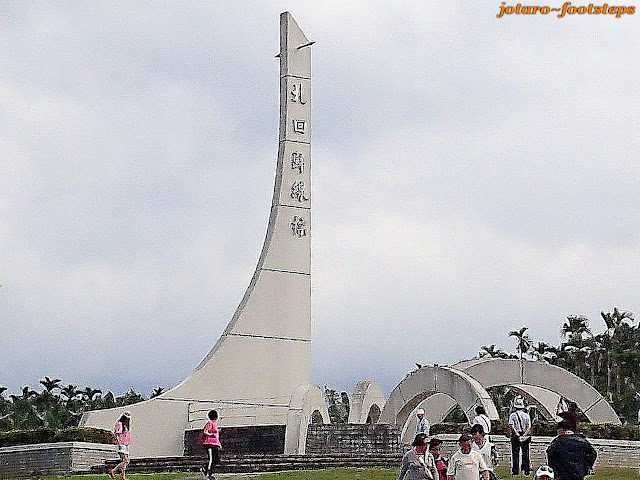 Ruisui, Hualien County, Taiwan - October 2017
We were cycling around Taiwan and had earlier visited the Chiayi Tropic of Cancer Marker; our route now took us up to the Wuhe Terrace and up in the hills over here is another marker situated at the Ruisui Tropic of Cancer Park. 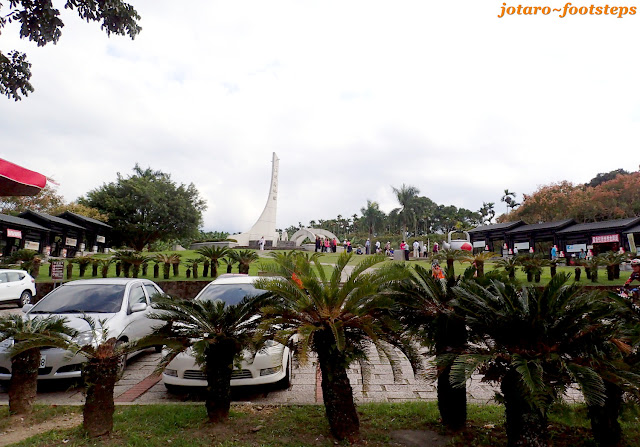 The hills of Wuhe is very suitable for tea planting and as such the marker is set in a park whose entrance are lined with two rows of tea shops, one on each side. 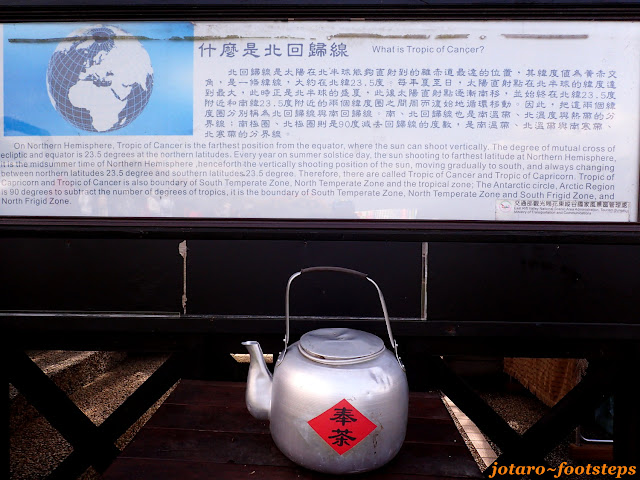 At the tea stalls one can sit and slowly sip tea while enjoying the rustic countryside views below.
The plantations here also produce "Honey Peach Black Tea". The tea farmers in line with the Green Policy had stopped using pesticides and had discovered that after drying, tea leaves that had been eaten by little green leaf cicadas had a special honey aroma. 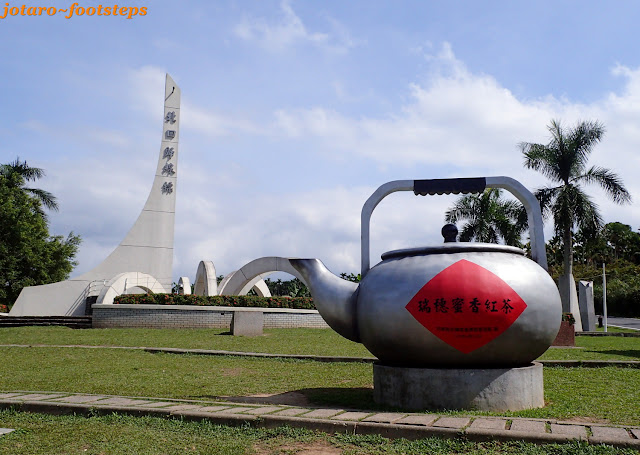 Step into the park and a giant tea kettle stands before the marker monument, expounding that this is Tea Territory!
This monument was originally erected in 1933 on the west side of the Ruisui Train Station. When the rail lines were widened in 1981, the monument was moved to the Wuhe Terrace. 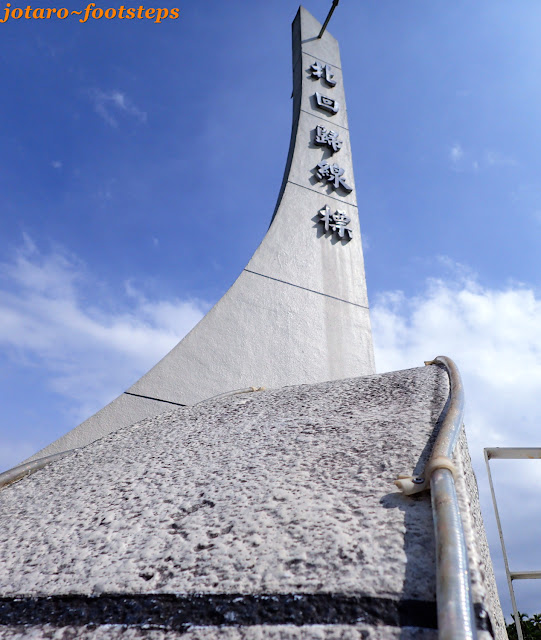 The marker monument stands about 15 meters tall, at its base are a series of arches set out in a circular pattern; I suspect that the arches and the towers are positioned that they form a giant sundial. 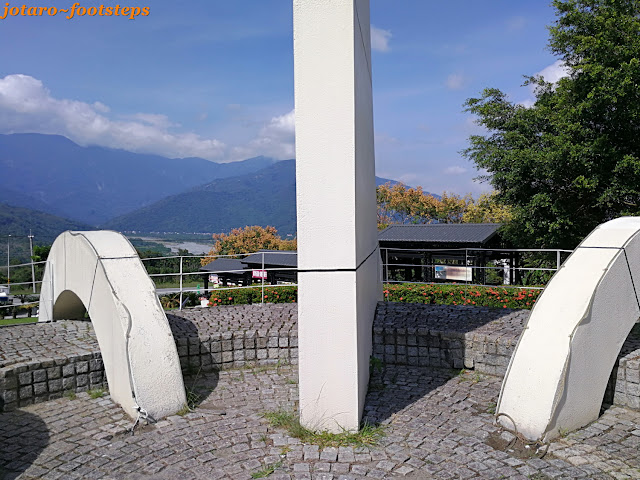 Up here the air was cooling and from the monument platform there is a great view of the valleys below and of the Xiuguluan River slowly meandering there. 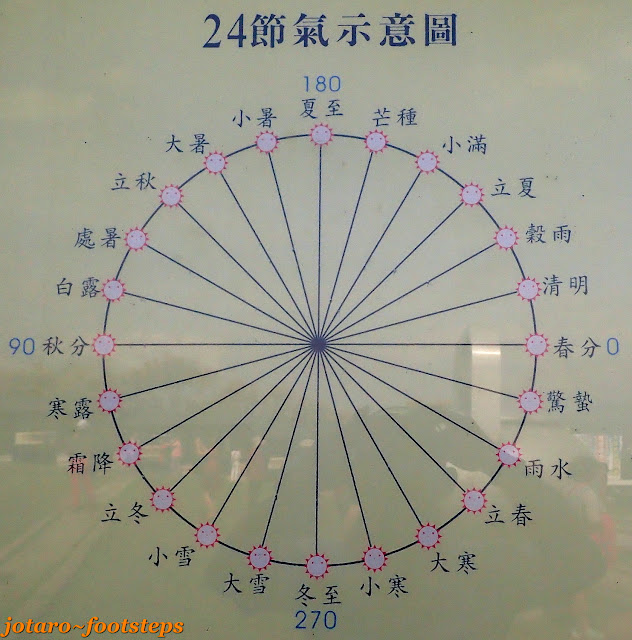 While at the park, take time to run through the educational posters put up at the covered corridors leading to the monument. The above is a Chinese solar chart that divides the year into 24 solar divisions each division signifies an annual activity during the respective division period.

The write up on the 24 solar divisions (to read, click on photo for enlarged view). 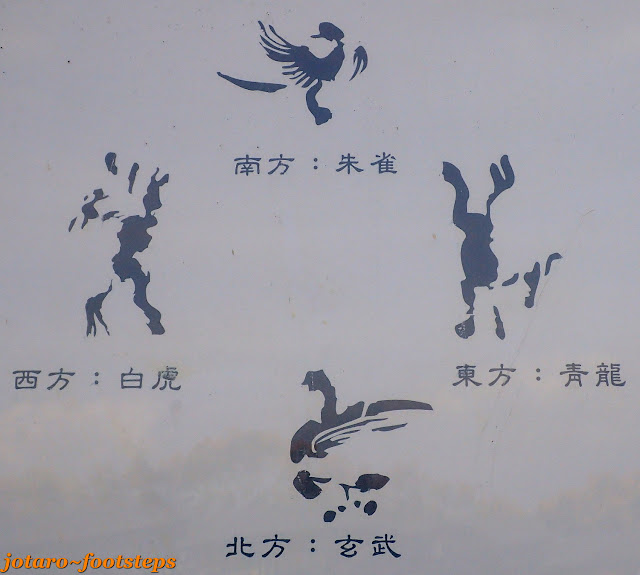 Another poster shows the four different animals that according to Chinese tradition represent the study of astronomical symbols: The "Four Symbols" are the Green Dragon (青龍) of the East, the White Tiger (白虎) of the West, the Red Phoenix (朱雀) off the South, and the Black Tortoise (玄武) of the North. Each of these four phenomena are seven-star constellations, representing the changes of spring, summer, autumn and winter.

The write up on the on the Solar Terms (to read, click on photo for enlarged view) 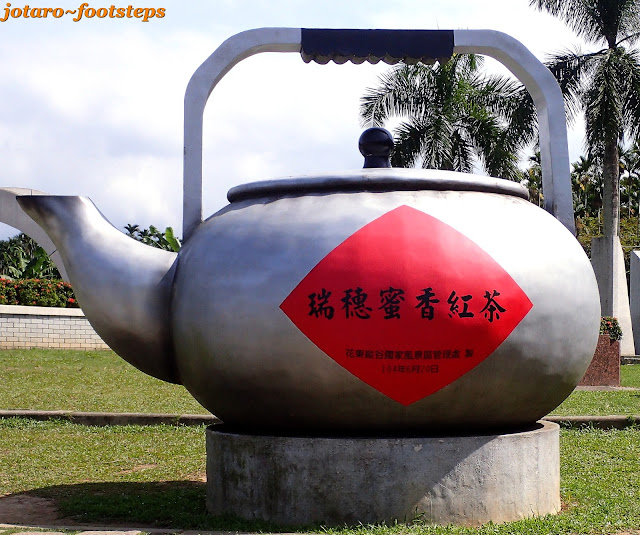 A close up view of the Giant Tea Kettle. 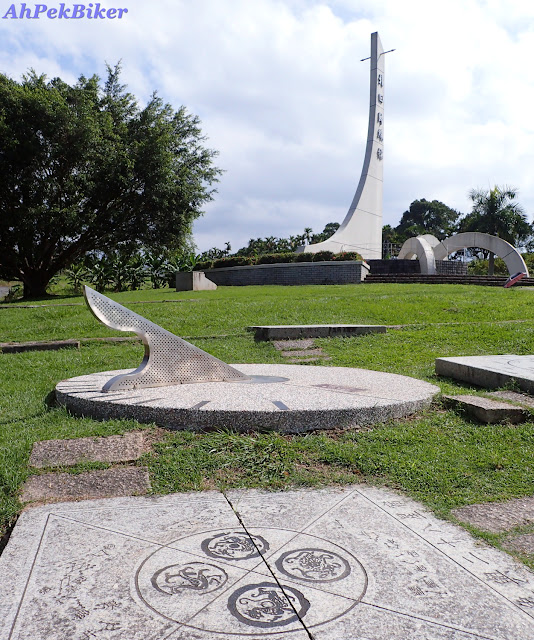 A sundial lies within the grassy compound and before it a slab carving depicting the Four Symbols.
There is one other Tropic of Cancer monument in Taiwan at Fengbin. 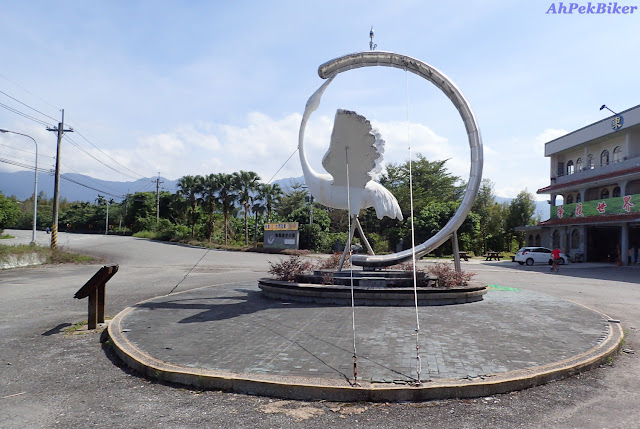