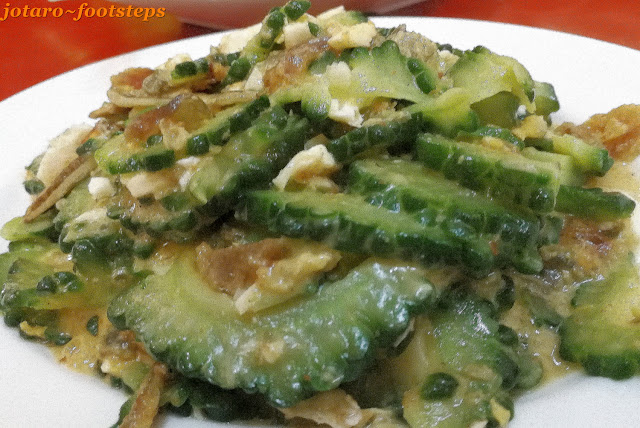 Taitung City, Taitung County, Taiwan - October 2017
On our cycling tour of Taiwan, we spending a night at Taitung which is in the heart of Taiwan's aboriginal territory. But we did not know about that until we asked for recommendations for good food nearby from the hotel staff. They directed us to a restaurant in the locality of the Taitung Train Station, and even better we were told that it serves Taiwan's aboriginal food. 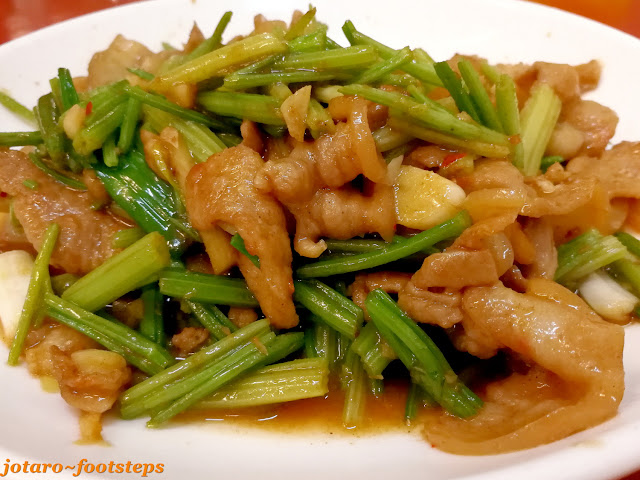 And off we went to the place that had a tribal sounding name: Nine Waves Aboriginal Restaurant. We ordered a simple dinner starting with this stir fried wild boar. Slices of wild boar meat were cooked together with cuts of Chinese celery (唐芹) in a simple soy sauce.
Surprisingly the wild boar meat were tender and did not had that strong boar odor. A simple yet tasty dish. 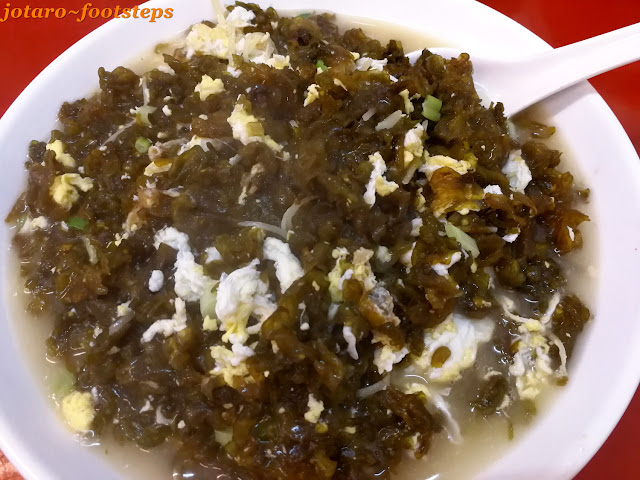 The second dish that came was a bit of a curiosity. Dark green vegetables cut into small horizontal strips were stir fried with egg but with a fair bit of gravy. It could be a fungus or perhaps it was seaweed. 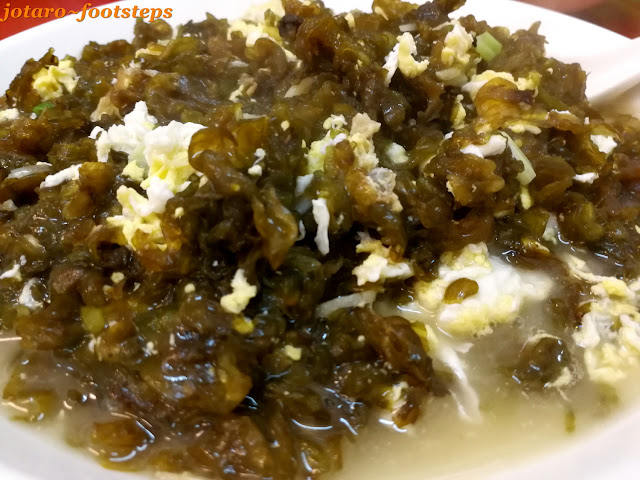 After checking with members of our foodie group, the Makan Club, turn out that it is a green variety of a fungus called cloud ears (运耳). It was chewy, tasteless by itself but had absorbed a bit of the gravy combo flavor of the eggs and pork stock. The third dish was more traditionally Chinese: Deep-fried tofu which was then stir fried with slices of boar meat, pea pods, spring onions and a few slices of tomatoes. Another good combination of flavors with the tomatoes adding just a hint of sourness. 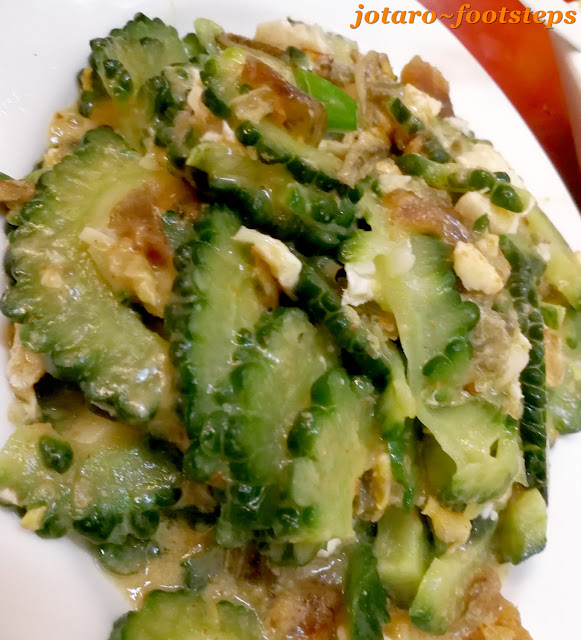 This bitter gourd dish had thick cuts of bitter gourds stir-fried with three types of eggs; normal eggs, salted eggs and century eggs. Sounds like one of those steamed three-type-eggs dish. But the big difference was the bitter gourd was dark green and with really corrugated skin. Taste-wise it was a wonderful eggy dish and the bitter gourd was just nicely done, crunchy and yet not overly bitter. 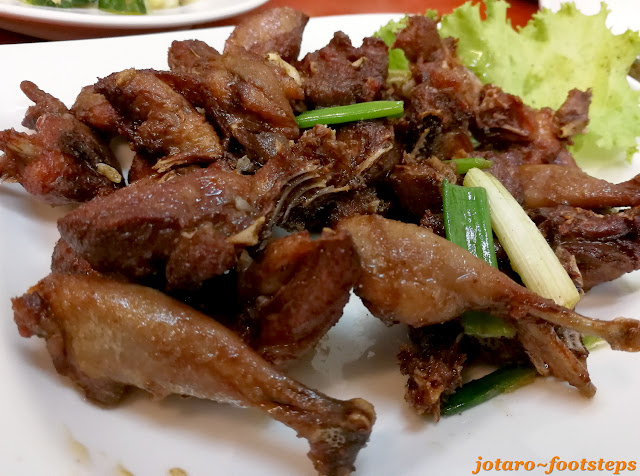 Our last dish was deep-fried free-range chicken. The chicken had been marinated in soy-sauce, but there was a tinge of some other spices (which I could not make out) that made it different. 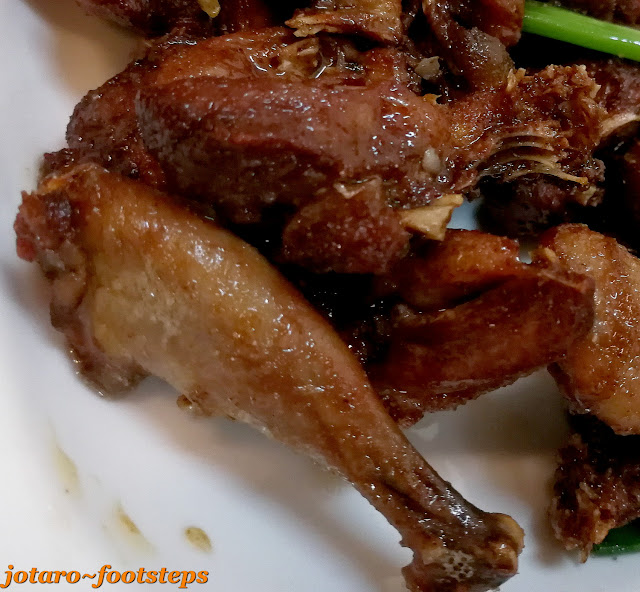 Again, another dish that was rightly done, crispy on the outside and tender on the inside. The chicken meat was a tad tougher than the farm chickens but was still manageable bitey.

You are at - Jotaro's Blog / Footsteps / YummY! - Cycling Taiwan 2017/ Taiwanese Food / Taiwanese Aboriginal Food @ Taitung (臺東市)
If you like this, view my other blogs at Jotaro's Blog
(comments most welcomed. if you like this pls share via facebook or twitter
Posted by Jotaro Zen at 8:13 AM