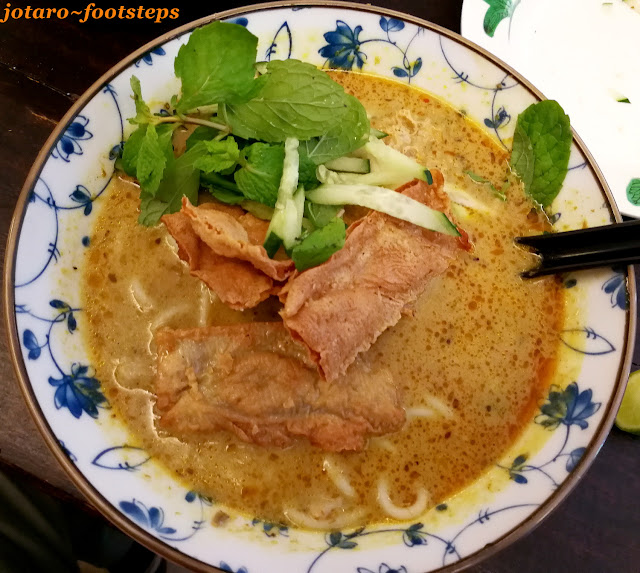 Kota Damansara, Selangor, Malaysia - February 2018
At the far end of Kota Damansara, almost near where it meets Jalan Sungai Buloh the is a nice enclave of shop houses with many yummy things to eat. But I came over here not to hunt for good eats, I was there with a specific destination, a place called Makan Time run by a fellow FB Makan Club group member, Dan, who is a remarkable chef with an innovative approach to his cooking. 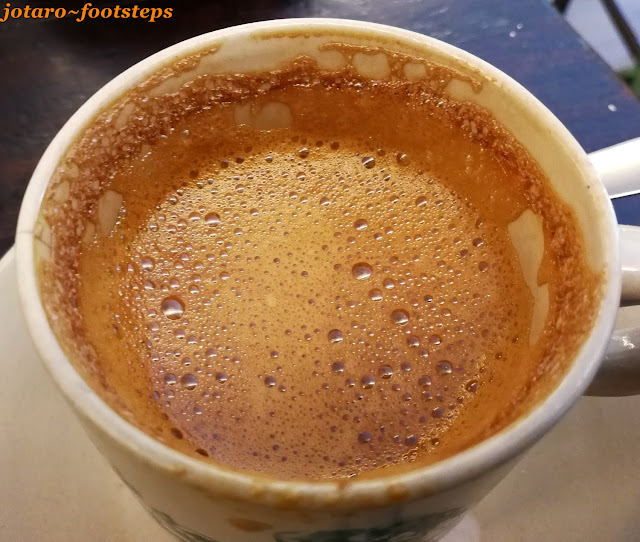 The two of us kicked off with local coffee, on without any pretense or airs of those upmarket Western concoctions. It was very good, and I liked it's earthy, robust and strong flavors which perked us up for more to come. 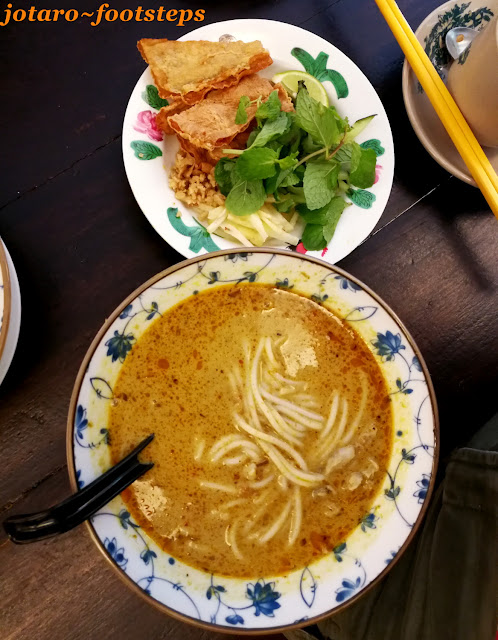 From it's extensive menu we both went for their Siamese Laksa, what can I say great people have great tastes, Haha.
Okay before I go further, for those coming here expecting authentic Siamese Laksa like those you get from Penang, bear in mind what I said about Dan being innovative. Their Siamese Laksa is a sort of fusion with Ipoh Curry Laksa. The laksa was served in two separate dishes; one holding the laksa noodles in a good helping of gravy, and the other holding the condiments. 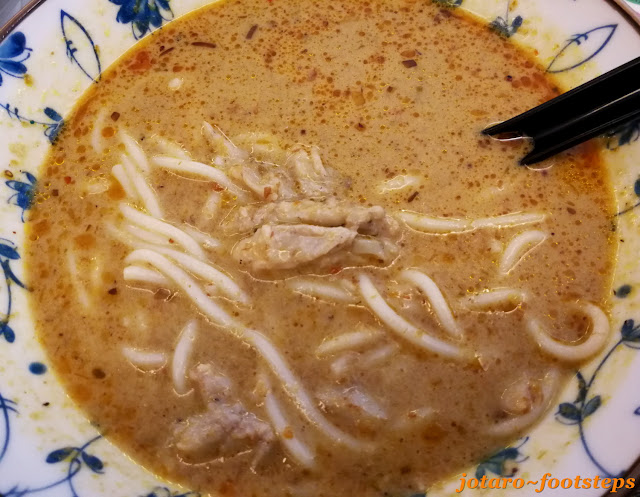 First, lets have a look at the noodles and soup. The noodles had a bouncy bite but were thinner than those available in the markets. I have suspicions that chef Dan made this noodles himself has he has aversion to the acid used in commercial laksa noodles. The soup was a thin puree, light in santan creaminess and came with small cuts of chicken. Unlike authentic Siamese Laksa, it had less spices; so don't expect the strong headiness of the northern style. Also it did not have the underlying sourness of tamarind and the powderish brush against the palate as they do not use ground rice. 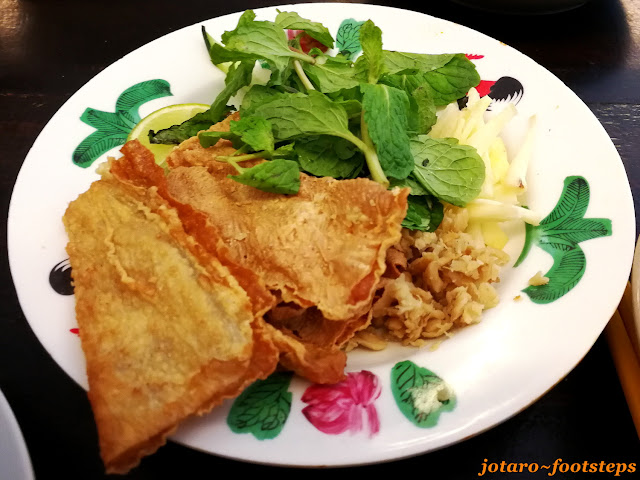 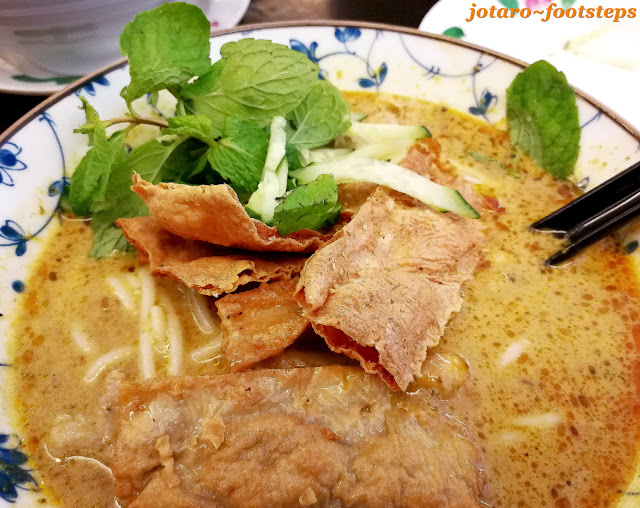 Here's the laksa with all the condiments put in, looking like a real fusion of Siamese and Ipoh laksa.
Overall the dish was not bad but still lacking the sudden zing of a full bodied bodied Siamese Laksa; but then that's just the opinion of one who has a long history with laksa. It should go well for those who like mildly spiced and not so chili hot fusion laksa. 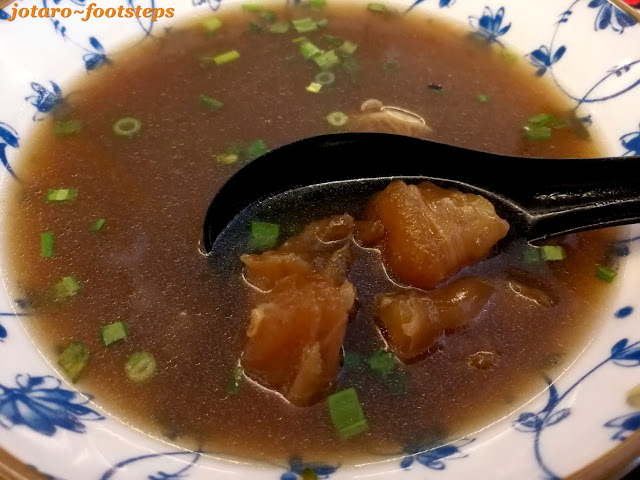 We also went for the beef noodles... sans the noodles as we were worried it would be too filling after the laksa. We also asked for just tendons. The soup was very, very good with a strong steep beefy taste and aroma. The tendons were a bit tough though for old people's teeth like mine. 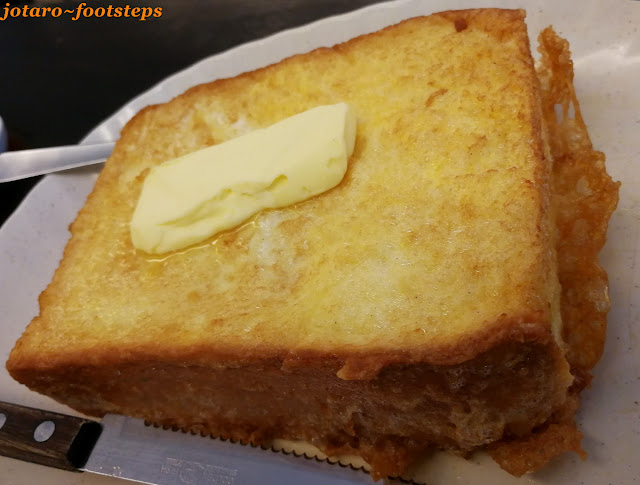 Their French Toast looked so tempting that we just had to order it. It was a thick slab, full of buttery creaminess with just a thin coating of egg. An extra pat of butter was provided for those who want even more creaminess (like me 😍). It came with some honey for those who wanted some sweetness. For me, it was great without the honey. No regrets in ordering this... meaning it's a "should-not-be-missed". 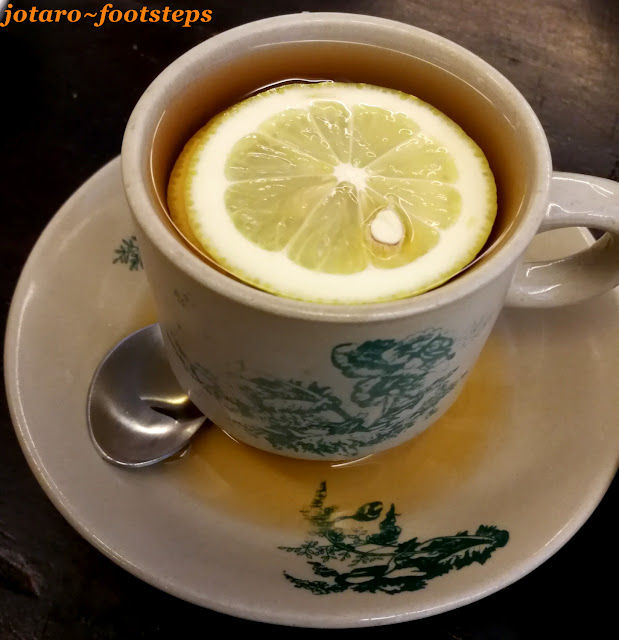 Their hot lemon tea looked very inviting, but I can't comment on it's flavors as it was my friend's order. What I liked was the way they served their hot tea and coffee in these authentic kopi-tiam cups. Just lovely. 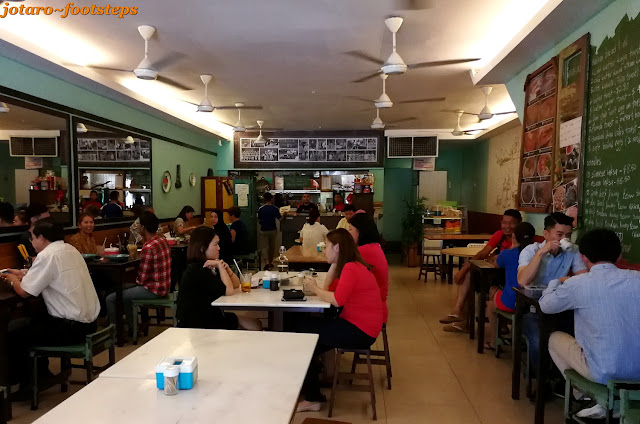 The interior, cozy seating with simple yet memorable wall decorations. 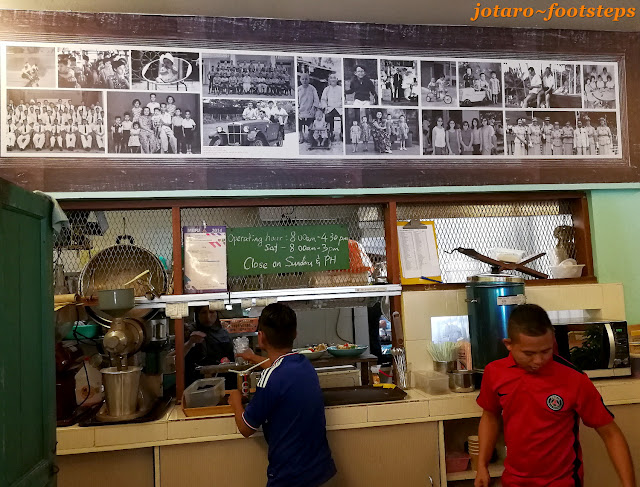 The kitchen is an open one and above the servery counter were old black and white photos from Dan's past in Ipoh and Taiping - a very nice touch here. 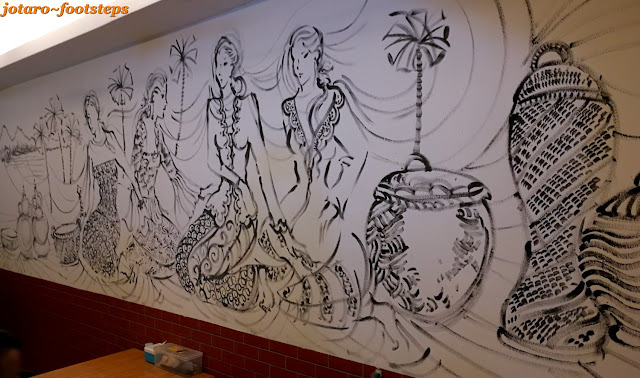 On a side long wall was this mural of ladies in baju kebayas, a seldom seen sight these days. 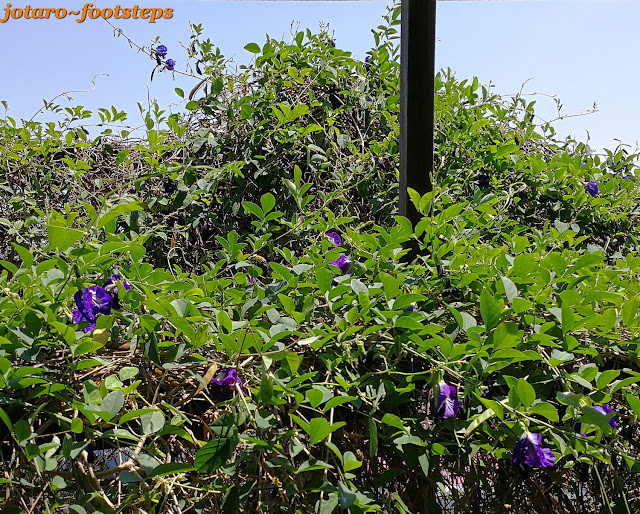 Right at the entrance is a timber pergola and planted there forming an archway were these Bunga Telang (Butterfly Peas) creeper. Dan actually harvest these flowers, dry them for use in his cooking! 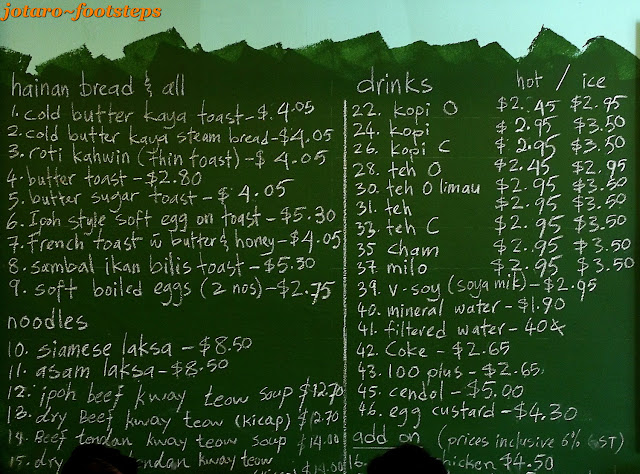