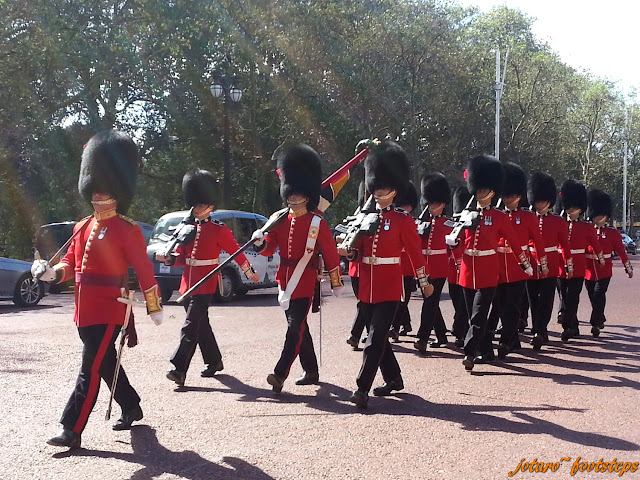 We did a tour of Europe; starting from London to Paris to Brussels and then ending at Amsterdam: we also had a couple of side tours to a few rustic and colourful towns. It's a tale of four lovely cities which was a good holiday that took us to many interesting sights, museums, art galleries and colourful scenery. Along the way we had good food, viewed famous artwork by renown artists and met some interesting people. Below are the travelogues, together with blogs of places, food and artwork that we experienced. Oh.... yah.... I managed to do a bit of cycling too (view those at the AhPek Biker Cycling Europe 2016 blogs). Just after the travelogues below are related blogs and some tips we share to make travelling easier in this part of Europe. Enjoy!

Some renown travel sites we visited, with some listed under the UNESCO Heritage Site List:

FOOD
The food we ate, with some that are the speciality of the respective countries.

ART
Europe is renown for it's art, we did visit some museums and art gallery that displayed famous art pieces by the great masters.

1. STAYING CONNECTED & IN TOUCH.
The two of us (Lynn & me)  mulled over whether to get pre-paid mobile sim cards; we were travelling in four countries (i.e. Great Britain, France, Belgium & the Netherlands). We considered two options, using pre-paid sim cards from one of the European mobile operators or using a pocket wifi with consideration that both options have to cover the countries we were visiting.

a. Pre-paid Sim Cards
Plans for these usually includes call time, sms, data over a specific period of time. Depending on amount of data required and time frame, price ranges from €49-00 plus €39-00 express delivery cost (approx MYR400-00 each). Although most of these cover many European countries, ensure that the sim cards you get are usable in the countries you visit. Do include for shipping cost to your home country if you want them delivered to you home. Shipping cost can be reduced if using regular shipping post, but it will take longer to arrive.
Example of some of these cards are available from:
- Simoptions.
- Simcardglobal.
- One Simcard, and many more.
The advantage of the pre-paid sim card is that each traveller can stay connected individually. The disadvantage is that it may turn out costly if the travel group is larger, so one could consider the following option then...

b. Pocket Wi-fi
Travel Reccomends which operate in Malaysia. This cost MYR26-00 per day for a total of MYR364 (i.e. MYR182) for the both of us covering the both of us for two weeks. This pocket wifi can be shared by up to five persons; so cost can be significantly lower for more users sharing one. The advantage is the we could collect it at Kuala Lumpur International Airport and one would be confident of physically having it when leaving Malaysia. The disadvantage - it had a limited range of six meters; meaning that if any of the other users stray beyond this distance from the person carrying it, they will lose wifi capability. Calls can be made via apps such as WhatsApp or Windows Messenger.
Just turn it on when reaching the destination country (in fact we turned it on and seldom turn it off. The unit performed very well except in France where there was a bit of lag in connecting and speed of upload and downloads were slower. Also in the remote country-side there were sometimes no signal.
Although there we just the two of us, we opted for the pocket wi-fi.

c. Hotel Wi-fi
Most hotels/motels provide free wifi, although some may limit the amount of data transferred.


2. TRAVELLING IN THE CITIES.
Many of the cities have public travel cards that allow users to use trains, subways, buses, trams, etc. Some of these are daily cards and others monthly. These will come in useful if one travels to different destinations each day. But if daily travel is limited to one or two trips per day, it could be cheaper to by trip tickets or day tickets; check out both first before purchasing. Also do note that in some cities, travelling during peak hours can cost almost double, so plan your travel time to economise.

a. In London (and to an extent further out), consider using the Oyster Card.
b. In Paris, the Paris Travel Card.
c. In Belgium, refer to the Belgium Public Transport site.
d. In Amsterdam, the GVB Zone Ticket will be useful for travelling within the selected zone, this ticket covers up to one month. There is also 24-hour tickets available from the vending machine at the metro stations. Tram tickets can be purchased on the trams themselves.

As we had limited travel in these cities, more often we purchased trip or 24-hr. tickets. It was only in London that we used the Oyster Card as a friend had spare cards and we only topped up their value.
To see how we travelled around in each of the cities, read the tips in the daily travelogues.


3. TRAVELLING BETWEEN THE CITIES.
From London to Paris we used the Eurostar Train embarking from Pancreas International Station in London to Gare du Nord Station in Paris.
From Paris to Brussels we travelled by the Thalys Train starting from Gare du Nord Station to Brussel Zuid/Mid Station.
From Brussels to Amsterdam it was vis the Thalys Train from Brussel Zuid/Mid Station to Amsterdam Central Station.

For cheaper fares buy your tickets earlier, as soon as they are opened for booking. For the Eurostar earliest booking can be done between 180 days to 84 days before the date of travel, depending on origins and destinations.
For the Thalys earliest booking is 120 days from the travel date. Also it's best not to travel on Fridays as fares can be more expensive then, and do check several time of travel for the day as at certain off-peak hours the fares are cheaper. One can register for a Thalys card; to become a member. With that you can indicate your date of travel, Thalys will then send an email the moment booking is opened for the travel date.


3. NAVIGATING AROUND.
Google Maps came in handy here as it was usable  in the countries we visited. Just open the app and type in the destination, select the mode of transportation (i.e. walking or by public transportation which is either subway, trams, trains, buses etc.). The app will then come out with options for the travel route indicating the name of embarking station, destination stations and the distances to walk to and from each station. It even indicate the number of stops in between; clicking on the number of stops will give an expanded view of the names of each stop.
It's best to use this app just as you are leaving for your destination, as it will then give the best travel option, which station and platform to use, time of train or buses, final destination of the train/bus routes. In busy stations, the travel options changes by the minute.
There are options to select from if one just want to travel by bus or tram or rail, etc. Do experiment with the app to get familiar with it. Note that Google Maps may not function this way in some countries or cities; so prior experimenting with it will tell.


4. DAY TOURS AND GETTING TO KNOW THE CITIES.
Walking tours are a good way to get to know the cities, most of these are free or otherwise relatively cheap. For the free tours do tip the guides as tips are their source of income. Most of these guides are locals or permanent residents who know the in and outs of the place and can many an interesting story or fact. Sandemans and Viator do provide such walking tours with very knowledgeable guides. Other good ways are to personally visit the sites, museums or art galleries within each city and most temperate countries have lovely parks to walk or relax in.

HopOn-HopOff (HoHo) buses give a quick way to get to know places within the cities. if one particular site is of more interest, then just hop off and hop on again after finishing. Tip: HoHo buses are also a good way of getting around.
- HoHo for London:
https://www.theoriginaltour.com/; we took this but was rather disappointed as the frequency of the bus was not as often as expected.
http://eng.bigbustours.com/london/home.html.
https://www.goldentours.com/.
- HoHo for Paris:
http://eng.bigbustours.com/paris/home.html.
http://www.hop-on-hop-off-bus.com/paris-hop-on-hop-off-bus-tours.
- Note: some of these HoHo also include river cruises, do check them out.

We also did day trip tours to:
- Stratford-on-Avon, Oxford and the Cotswolds; this one was operated by the English Bus Company. Their driver/guide were knowledgeable and entertaining.
- Ghent and Bruges in Belgium which was operated by Viator.

Cycling is also a good way to know these cities as most have a good cycling infrastructure. Being an avid cyclist but short on time, I went on half-day cycling tours of:
- London: the Sights of London Tour via http://www.biketoursoflondon.com/. This is a small cycling tour company which I prefer as the tour groups are much smaller. In fact, I had a one to one tour!
- Paris: the Parisian Day Bike Tour via http://www.bikeabouttours.com/_2016/biketour_parisday.htm.
- Amsterdam: the Amsterdam Countryside  Tour via http://www.mikesbiketoursamsterdam.com/countryside-bike-tour/.
To read more of these cycling tours go to my AhPek Biker Cycling Europe 2016 blogs (... coming soon). More details of getting to know the cities and travel sites are documented in my daily travelogues.


You are at - Jotaro's Blog / Footsteps / Europe 2016: A Tale Of Four Cities
If you like this, view my other blogs at Jotaro's Blog
(comments most welcomed below. if you like this pls share via Facebook or Twitter)
Posted by Jotaro Zen at 8:54 PM