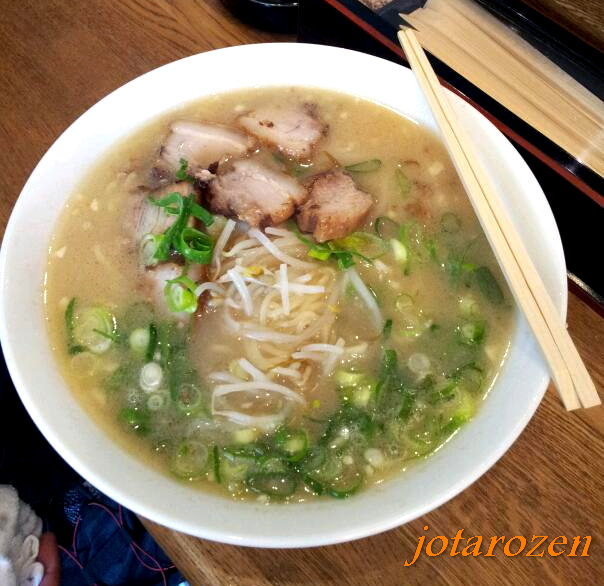 While strolling down Dotonbori Street during a holiday tour in Osaka (see Japan - Kyoto/Osaka Day 5), we happened upon Satsumakko. Satsumakko sells Tonkotsu Ramen, a version of ramen that uses pork bone to make its soup more spunky. 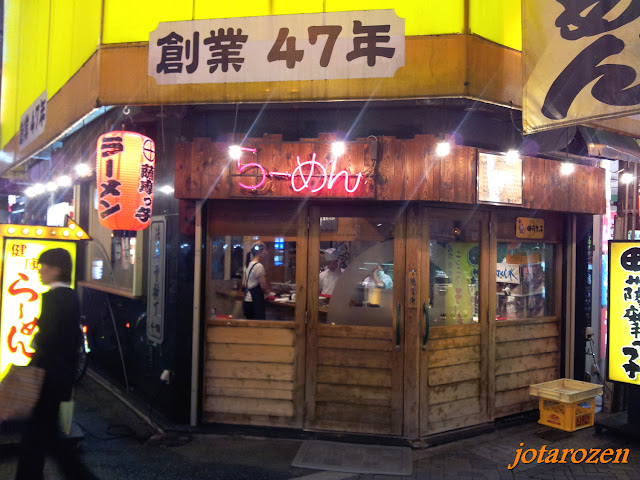 Satsumakko is a cozy shop at one of the busiest corner of Dotonbori Street. The four of us, two couples, popped into the shop and were greeted "Kum-ba-wah, kum-ba-wah" by the cheerful staff, and decided to sit at the counter.

Looking at the menu, we were a bit concerned by the pricing, it was more than double what one would normally pay for ramen! But since we were in, might as well order.
We ordered 2 big roast pork noodles with additional garlic for the four of us to share, a plate of steamed "sweoh kow" dumplings, and of course sake to go Japanese style.

When our order came, we were glad we ordered the big one, it was a HUGE bowl needing both hands to carry it. The chopsticks were dwarfed by its size. It can easily feed two. 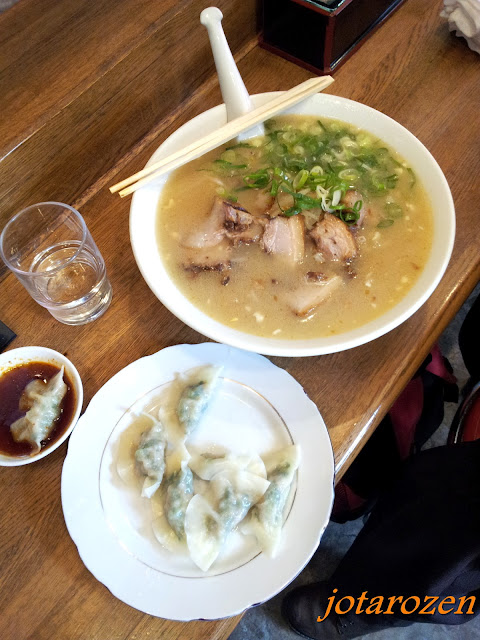 The ramen was served with some bean sprouts and a sprinkling of spring onions. And lots of slice roasted pork. The soup was thick and slightly murky. This was great compared to the usual small bowl of clear soup ramen that normally has only a sliver of meat.
We couldn't wait and dug in. The ramen noodles were ok only. But the soup was very tasty and heady, one can literally finish the soup - which we did. The added garlic gave the soup the extra oomph! And the best part was the roast pork, nice, tender and juicy with a hint of burnt smell. Exquisite! 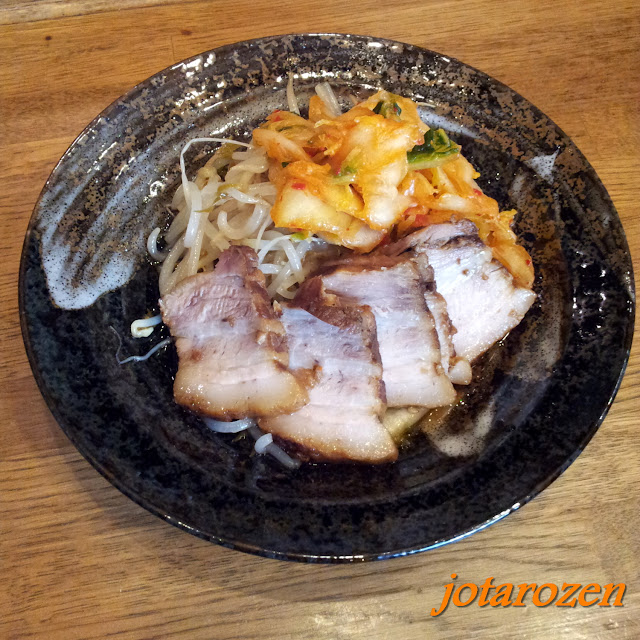 In fact, the roast pork was so delicious we couldn't help but order extras. It came with some boiled bean sprouts and kimchi. Overall, it was a good and a surprisingly  filling meal even a that price. When I have ramen again it will always be Tonkotsu Ramen, nothing less! 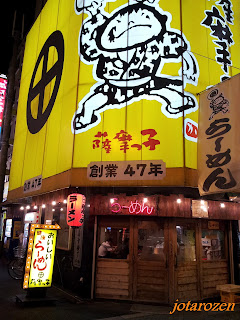 You are at - Jotaro's Blog / YummY! / Japanese Food / Tonkotsu Ramen @ Satsumakko, Osaka
If you like this, view my other blogs at Jotaro's Blog
(comments most welcomed below. if you like this pls share via facebook or twitter)
Posted by Jotaro Zen at 10:39 AM