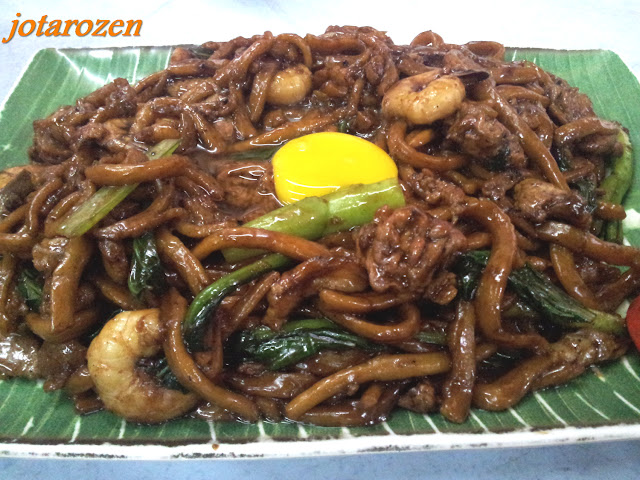 My son & I popped down one evening to KL, braving the traffic jams, just to get to the bestest Fried Hokkein Mee in the city - Lian Bee, a stall that has been operating for close to 60yrs. And well-known even though it's situated in an nondescript alley.
Fried Hokkien Mee is Chinese yellow noodles stir-fried in a thick dark soy sauce, with prawn, sliced pork, pig liver and "Choy Sum" veggie. The noodles used are slightly thicker than the normal noodles. Some deep-fried lard cubes are also added. 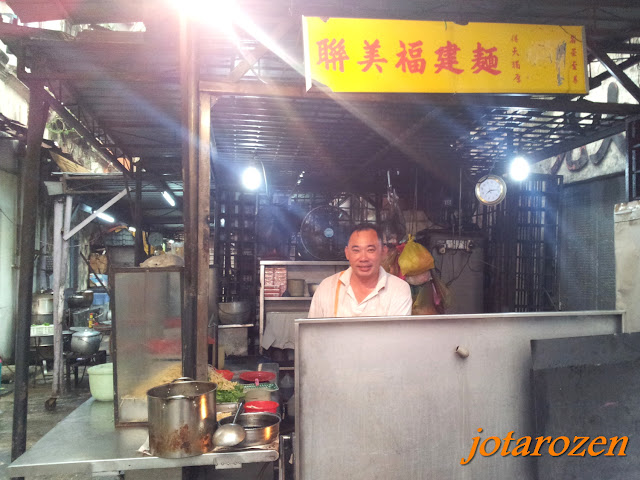 It's been a few years since I have eaten at Lian Bee as I seldom like to get down to KL on account of the bad traffic. But no regrets here, as it was a Saturday evening and the traffic although heavy was moving.
I was most surprised to be greeted by Ah Chuan, "Hello brother! Long time no see!" I was a regular here when my office was in Chinatown, KL. Then the stall was manned by Ah Chuan's late father and uncle. Ah Chuan was just the "help".. 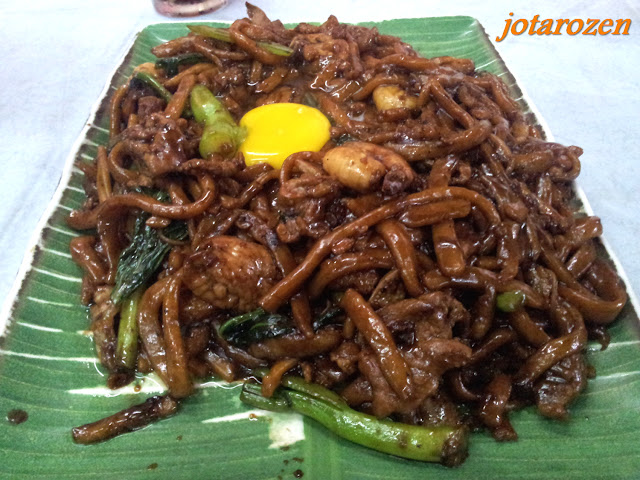 We ordered for two, and on recommendation from Ah Chuan put in additionals (more prawn, added sliced fish and a raw egg on top). The mee was good as they ensure using the best quality dark soy sauce and good lard (that's part of the secret to this dish).


The dish is eaten with a helping of fried grounded chilli, the amount added to one's individual taste. 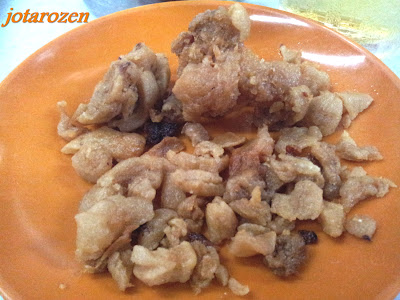 And additional deep fried lard cubes is provided on request for the daringly adventurous.


We stirred the raw egg into the piping hot mee and dug-in. The stock and thick soy sauce had seeped well into the mee making it well-flavored. The fish and prawns used were surprisingly fresh by KL standards and the crunchiness of the lard cubes just added to the eating experience.


Ah Chuan had inherited his father's skill well and had fried the mee superbly - the mee was neither to tough or too soggy. YummY!
He did have a grievance though - he now has to use gas-fired burners instead of charcoal fire (something to do with the city hall banning charcoal). Somehow, charcoal fried mee has that little extra over gas-fried - could it be the aroma of the burning charcoal that inadvertently gets into the cooking?

Note : Carparking could be a problem, it's best to park at the Hotel Malaya's Mechanical Carpark. 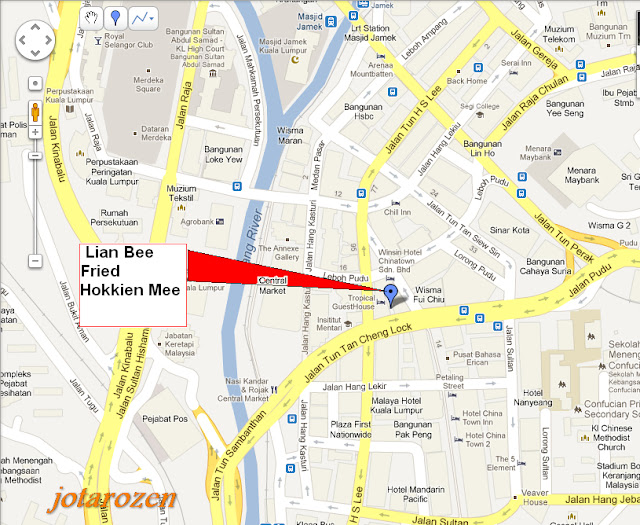 You are at - Jotaro's Blog / FootSteps / YummY! / Chinese Food / Noodles / Fried Hokkein Mee @ Lian Bee
If you like this, view my other blogs at Jotaro's Blog
(comments most welcomed below. if you like this pls share via facebook or twitter)
Posted by Jotaro Zen at 11:11 AM