Footsteps - Jotaro's Travels
Taiwan Street Art @ Hualien (花蓮市)
Hualien City, Taiwan  - October 2017
On a cycling tour of Taiwan, we found Hualien (花蓮市) to be a nice place to cycle at. There is the nice Cinshui Bike Path running along the Ji'an River that leads down to the scenic coastal Chishingtan-Corniche Bike Path, which running along the edge of the Pacific Ocean all the way to the Chishingtan Scenic Area. At the coastal path were many beautiful parks such as the (such as the Nanbin Park, Beibin Park, Pacific 3D Landscape Park, Meilun Coast Park, Saburo Memorial Park (Eguchi Ryosan Memorial Park)).
At these parks and other destinations were beautiful artwork to be admired. Below are photos of some of the artwork that we saw (see map for the locations of these artwork). These photos here gives a representation of what I saw; nothing beats going there to see them for yourselves.
Enjoy! 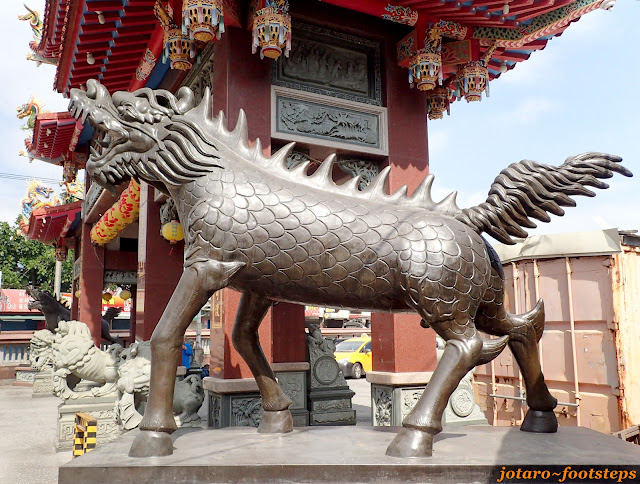 This is not a dragon but a Qilin, another Chinese mystical creature - bronze statue at the Yuanyuan Temple (淵源堂). 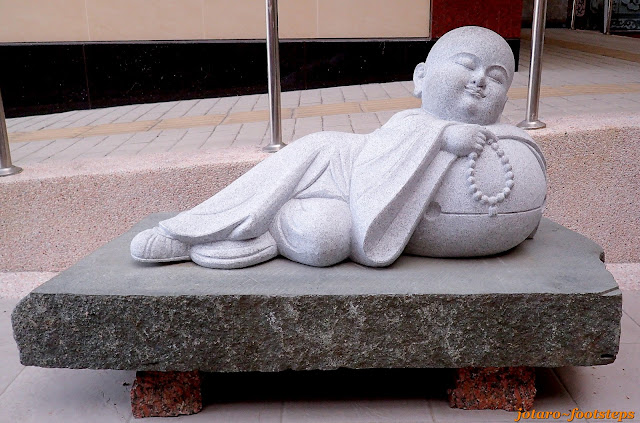 A young Chinese monk lying reposed on some rocks - stone statue at the Yuanyuan Temple (淵源堂). 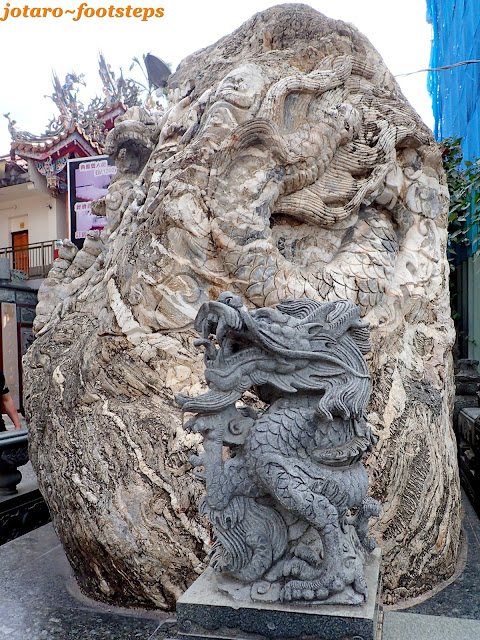 A dragon in front of a large stone carve with a flying dragon - casted stone statue and carved rock at the Yuanyuan Temple (淵源堂). 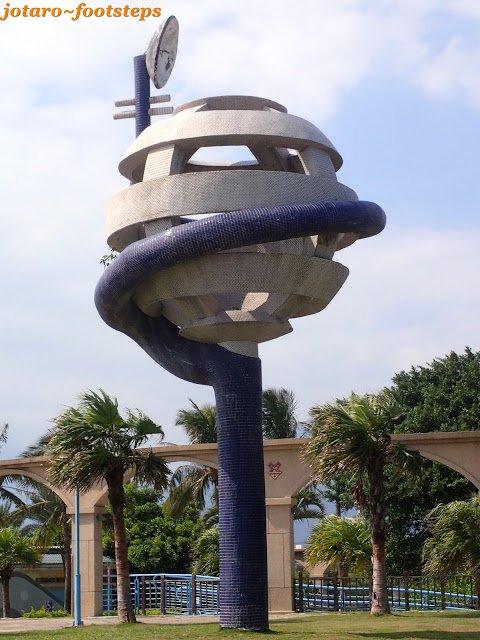 A drinking straw twisted round a peeled sphere with a satellite dish - at the Nanbin Park (南濱公園). 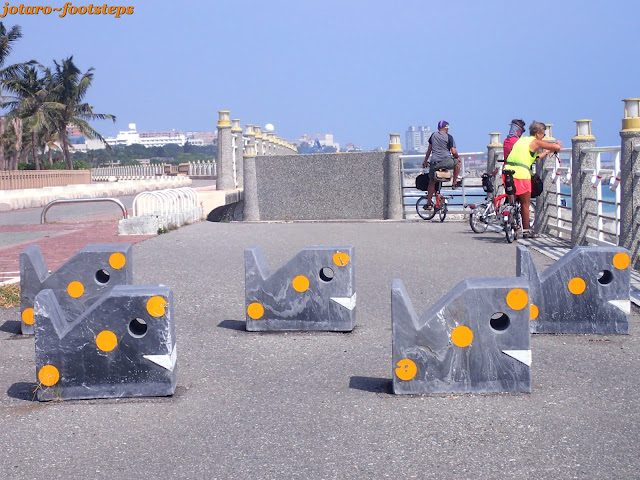 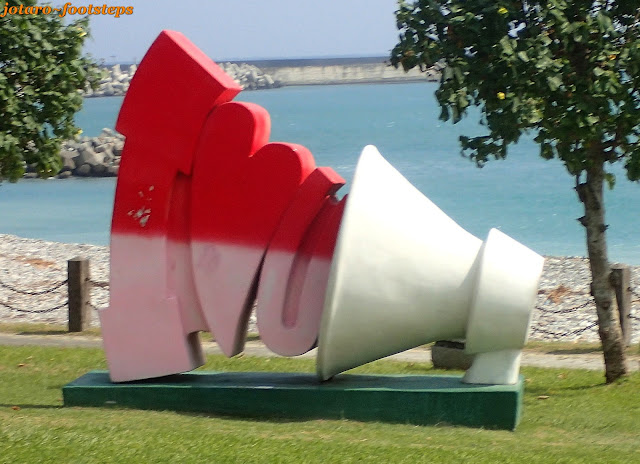 "I LOVE YOU" attached to a space capsule or perhaps the front of a toothpaste tube - casted sculpture at the Nanbin Park (南濱公園).

The following fourteen artwork were seen at the Pacific 3D Landscape Park (太平洋3D地景公園). 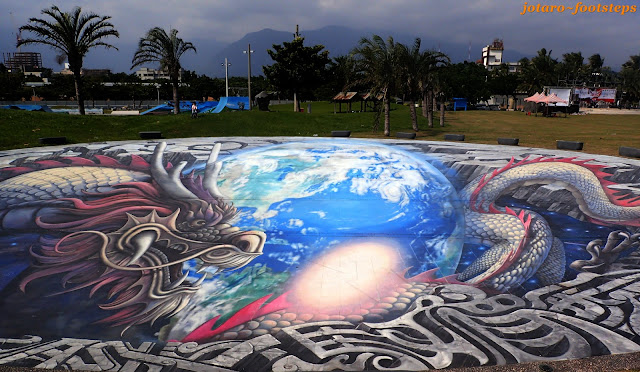 A fierce giant dragon twirling around the earth. This is an interactive artwork, place onself at the white circle and fight the dragon to save the world - large floor mural. 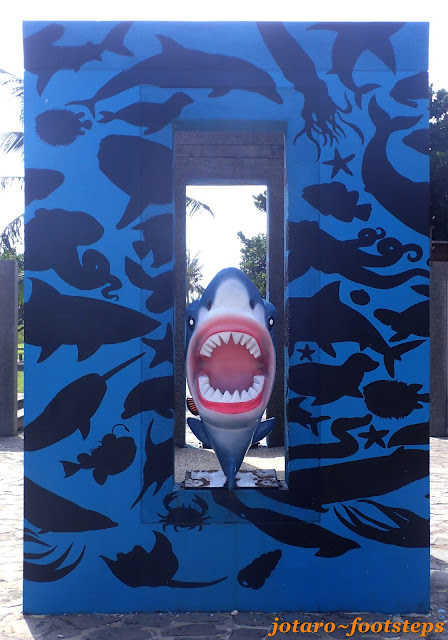 A fierce looking Blue Shark (Prionace glauca), its mouth agape with sharp shark teeth - casted resin statue.
Guess who it is after ..... 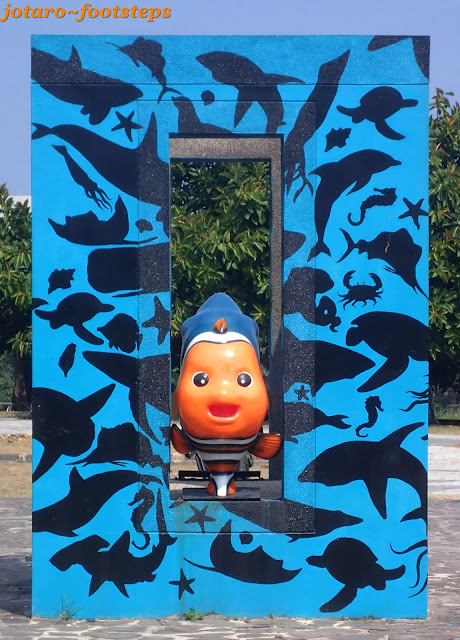 A killer whale (Orcinus orca) swimming out from an almost completed painting - 3D painted mural. The scientific names of these fishes are in brackets.
This and the following paintings were painted such that the fishes seem to be swimming out from the painting, hence the name of the park. It's a clever painting effect similar to some of the paintings I saw at Bali's Neka Museum. 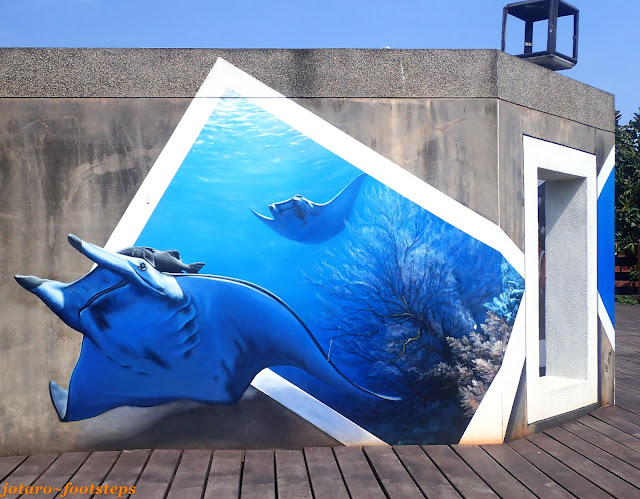 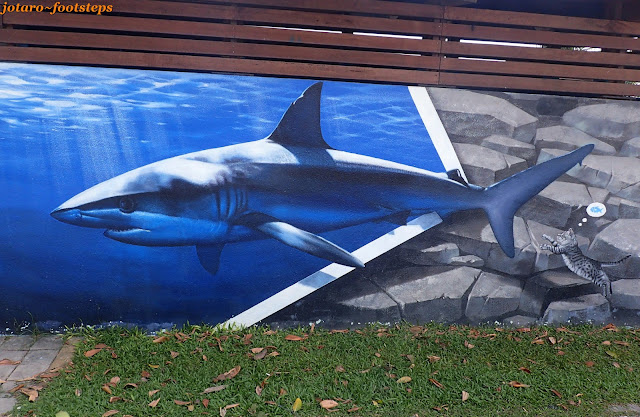 Blue Shark (Prionace glauca) - 3D painted mural.
This fellow seems to be swimming placidly, nothing to be alarmed about ... 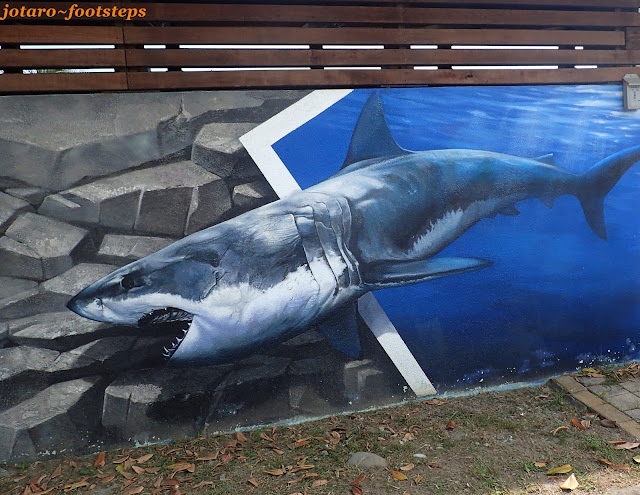 Great White Shark (Carcharodon carcharias) - 3D painted mural.
... until one meets this fierce looking giant, then ..... swim for your life! 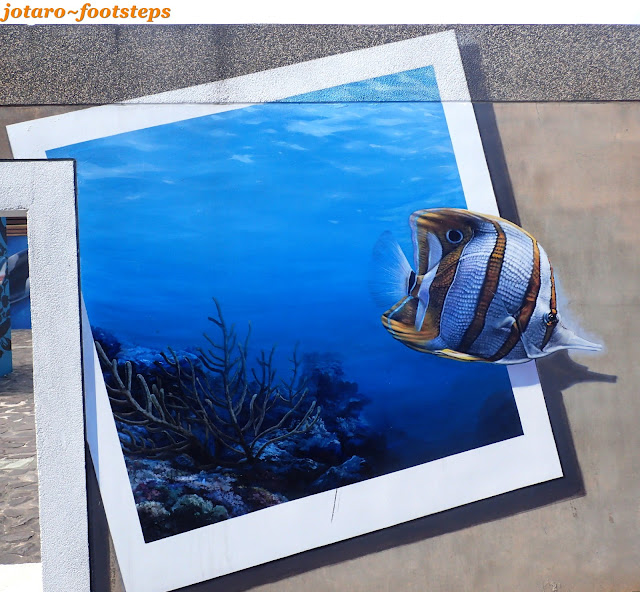 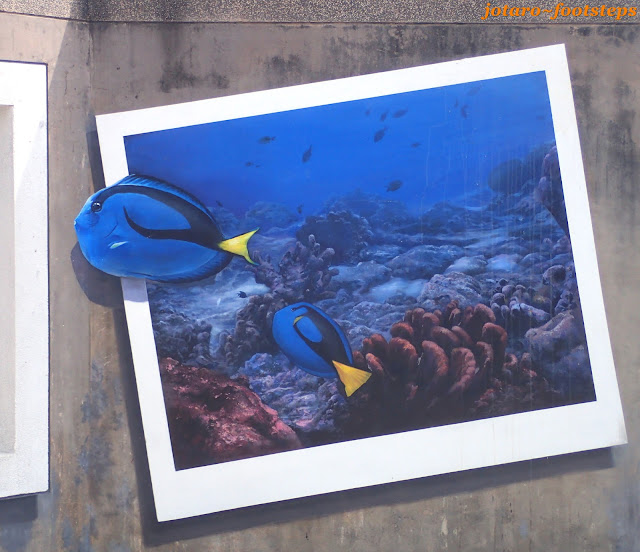 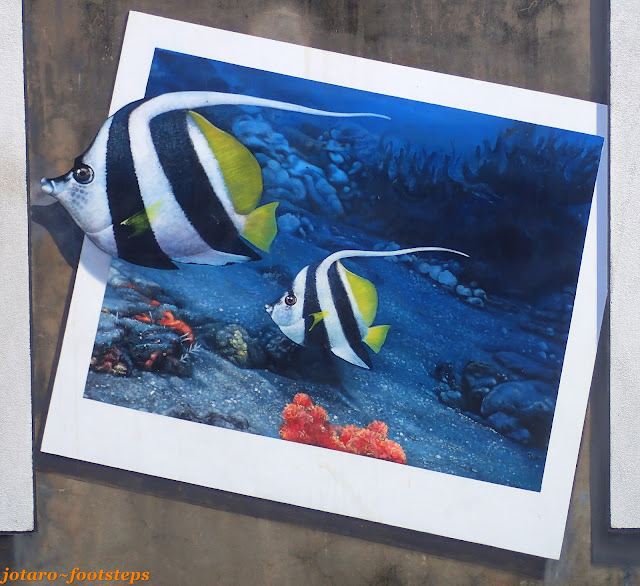 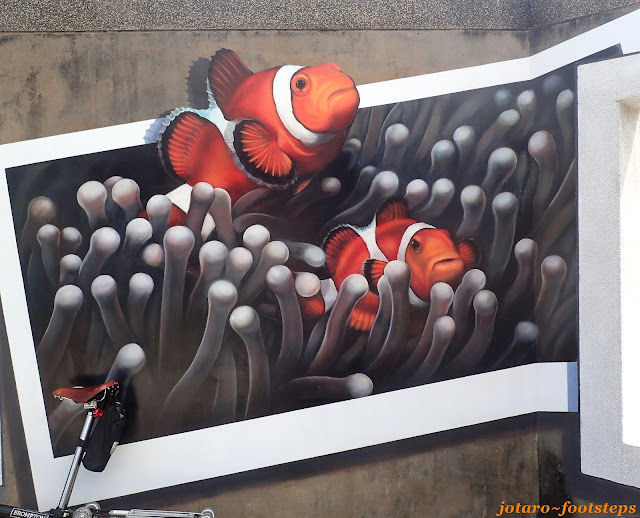 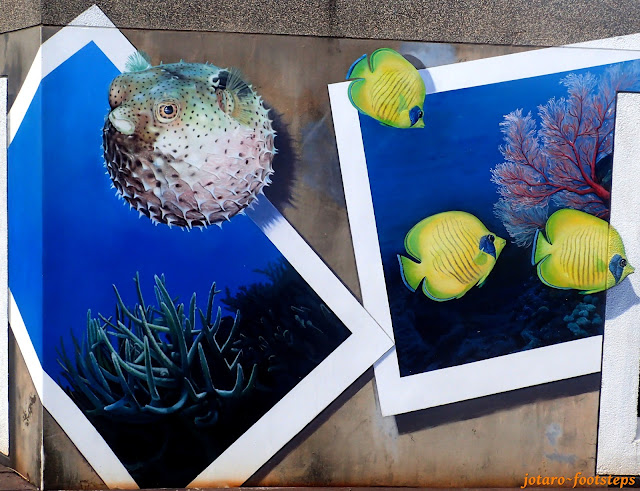 A Blow Fish (Tetraodontidae), all puffed up (that's why they are called puffer fish also) to scare away predators. Next to it are Butterflyfish (Chaetodontidae) swimming among corals - 3D painted mural. 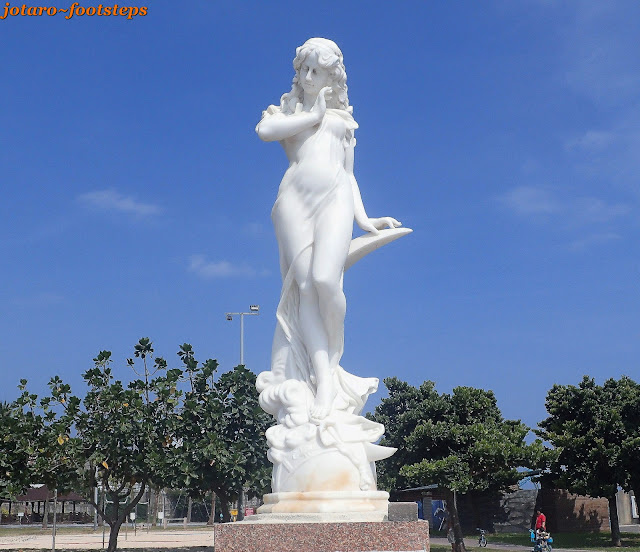 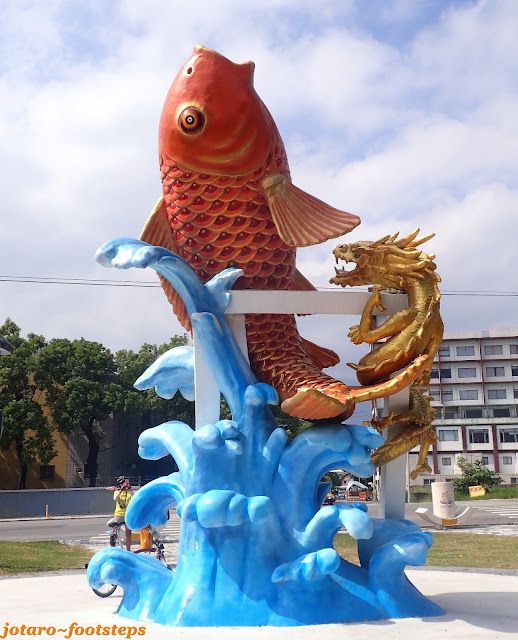 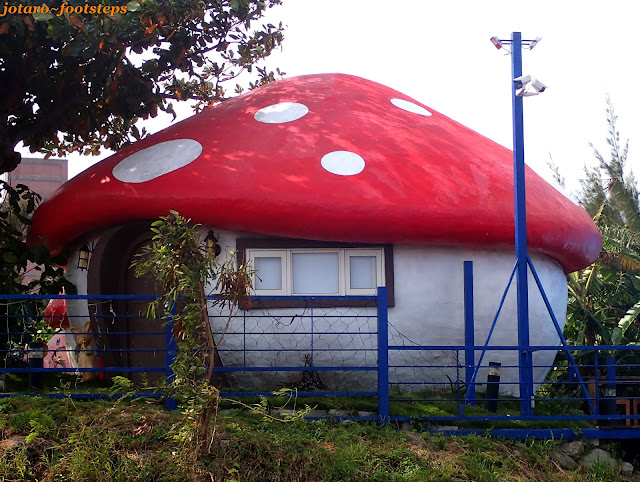 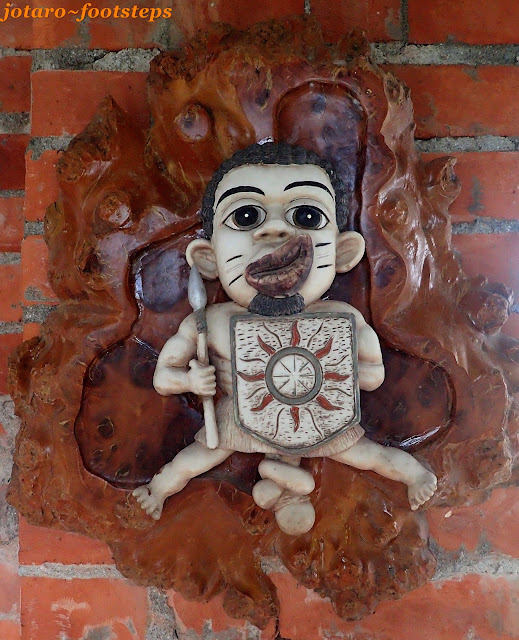 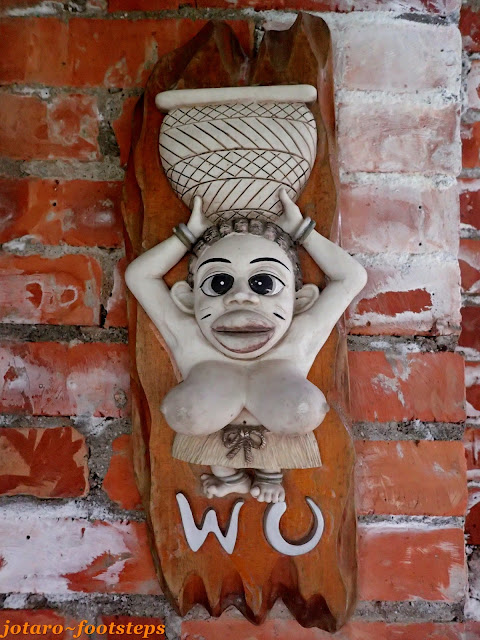 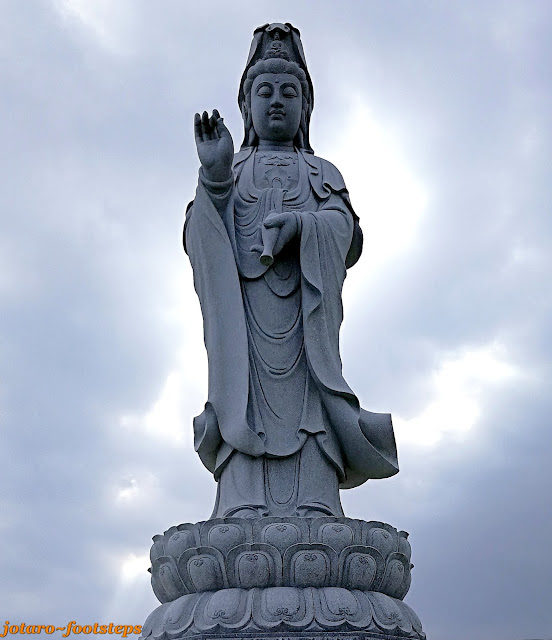 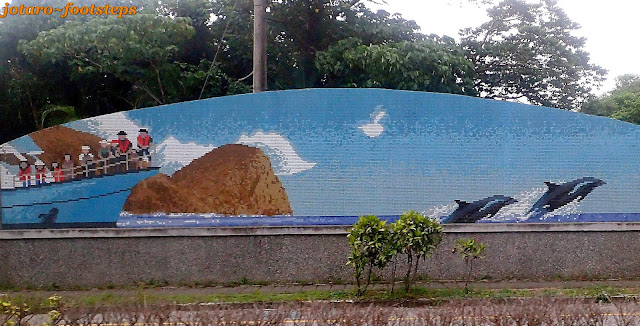 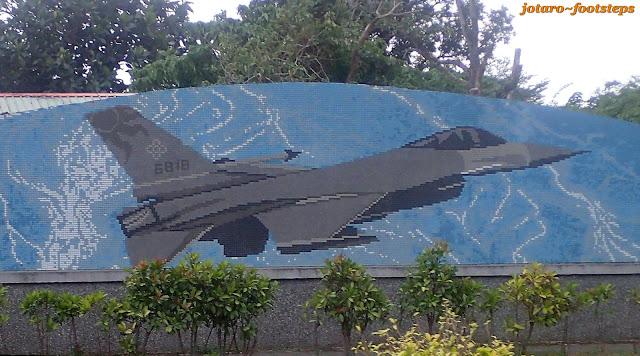 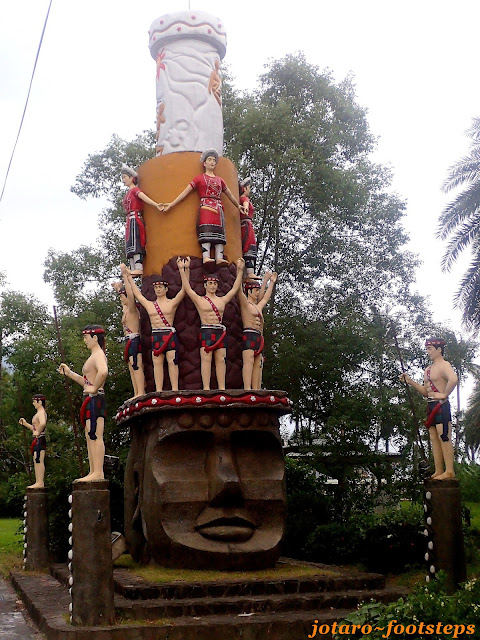 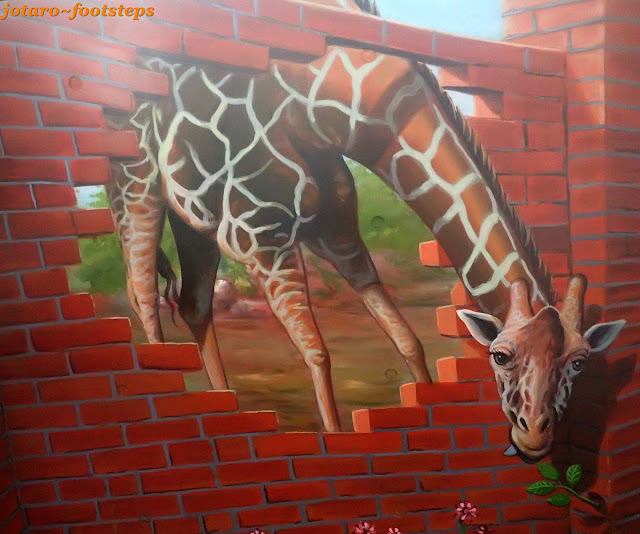 A giraffe poking its head through a hole in the wall to eat - 3D painted wall mural at Beipu Railway Station (北埔車站). 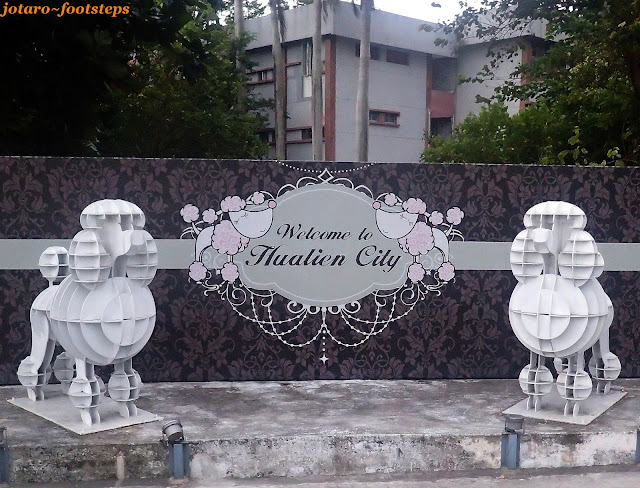