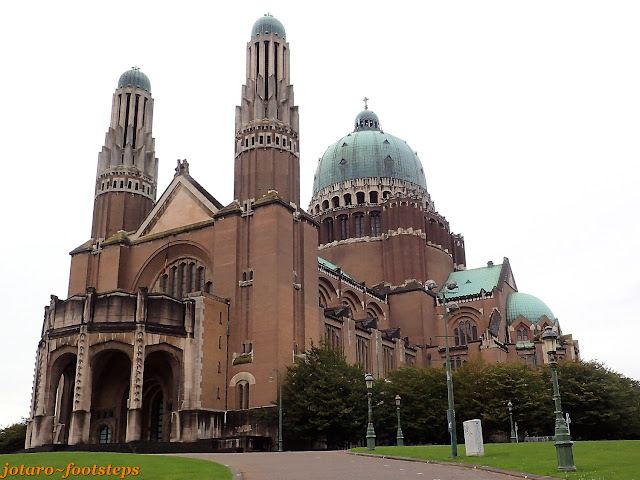 Brussels, Belgium - September 2017
While on a cycling exploration of Brussels, photos of a beautiful church with green domes and angular walls attracted us. We just had to go there, and it was just a short cycle trip from where we stayed.
This was the Basilique Nationale du Sacré-Cœur à Koekelberg (National Basilica of the Sacred Heart at Koekelberg). Let me take you on a short tour of this impressive building which will also include inter-active street and photo-sphere views from Google. 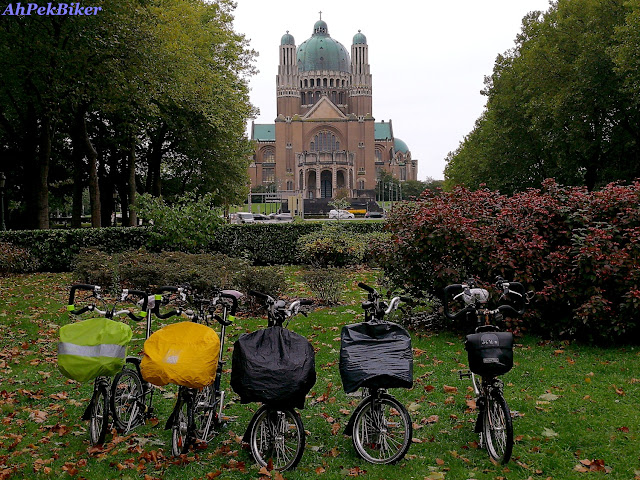 For pedestrians and cyclists, the approach to the church was through the Elizabeth Park (Parc Elisabeth), a narrow, long but nicely landscaped parks with walking & cycling paths. Yes, those are our bicycles, we had cycled from England to Germany, and Brussels was one of our last destinations. Along this park, the church is always visible at the north-western end. 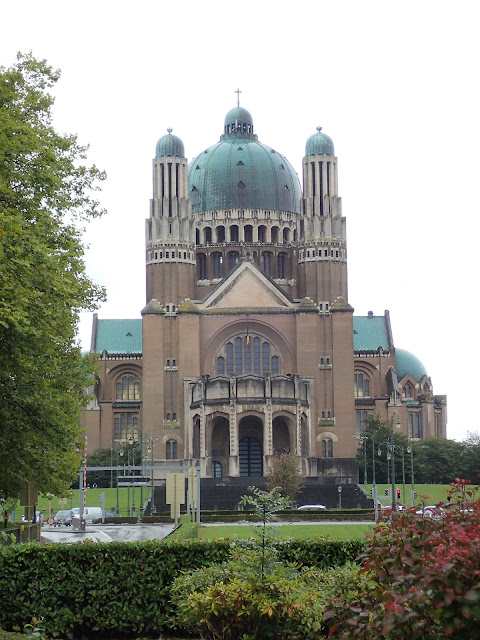 The park slopes slightly upwards and at the far end the church can be seen on a low mount, the top of Koekelberg hill. 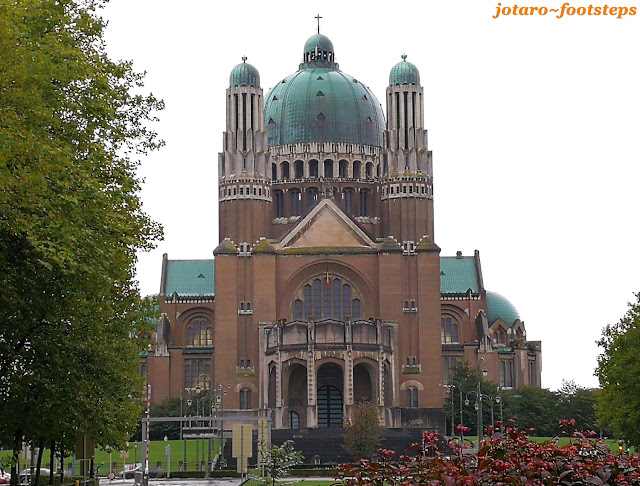 Although more than a century old, the church is fairly a new one and construction began when King Leopold II laid the first stone of the basilica in 1905 during the celebrations of the 75th anniversary of Belgian independence. The construction was halted by the two World Wars and finished only in 1969. 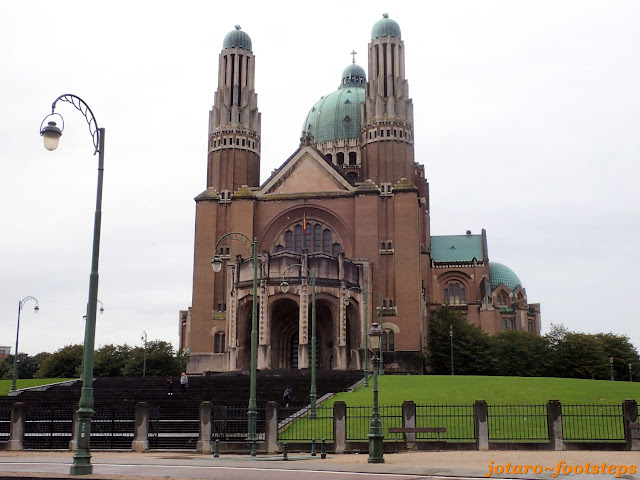 After the war, the initial project was suspended due to the poor state of the Belgian Treasury. Afterwards, the Ghent architect Albert Van Huffel was hired to create a new design, as the Gothic style had become outdated. The construction of the new building in art deco style was started in 1926, however it would take until 1969 before the basilica was completed. With a total length of 164.5 metres, the Basilica of Koekelberg is the largest art deco building in the world, and the sixth longest church in the world. 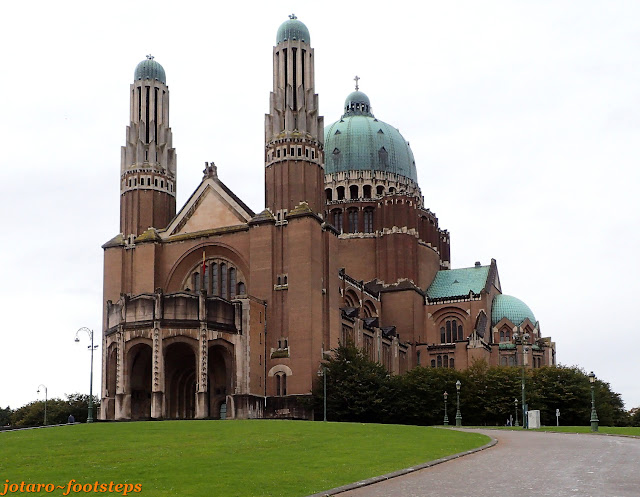 As the church is on a hill, the monumental character of the basilica is emphasized even further, with it's sharp angles highlighted against the sky. 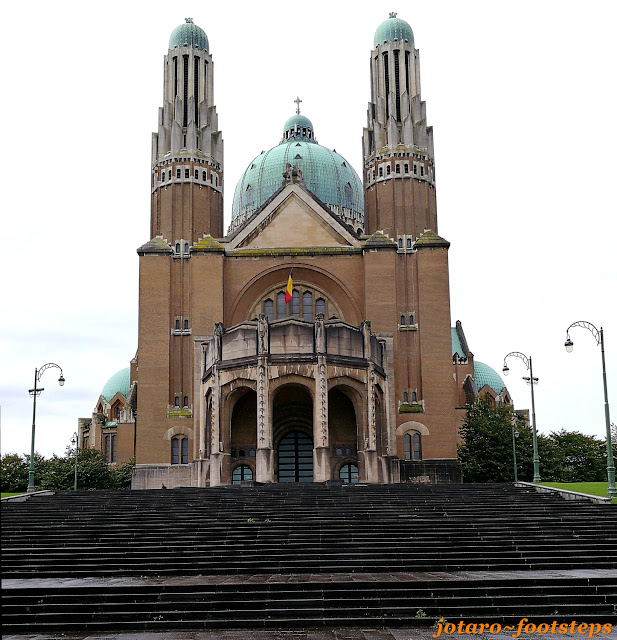 King Leopold II envisaged building a Belgian Panthéon dedicated to Great Belgians, inspired by the French Panthéon in Paris,  and to commemorate the 50th anniversary of Belgian independence. The King dropped this project due to the lack of enthusiasm of the Belgian population. In 1902, King Leopold II visited the Basilique du Sacré-Coeur of Paris and decided to build instead a pilgrimage church, a national sanctuary dedicated to the Sacred Heart of Jesus. 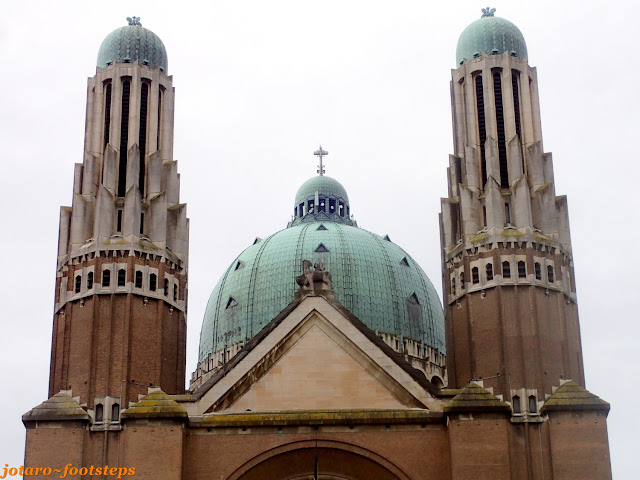 Instead of the usual Gothic steeple, the church has two angular steeples topped up with domes instead of spires. Together with the sharp colums, these further emphasize its art deco character. 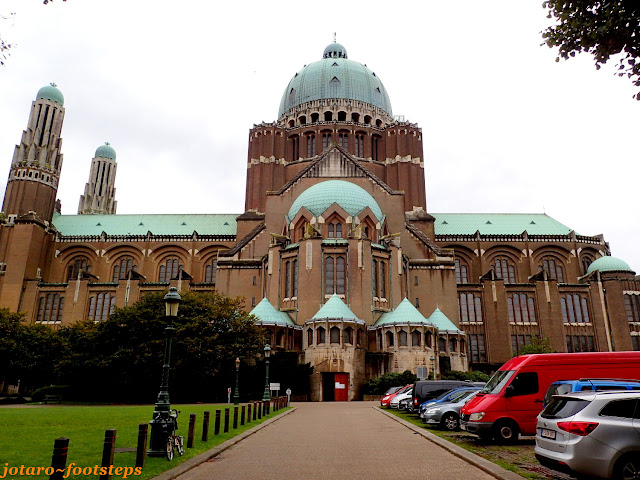 Right side view of the church.
The building construction combines reinforced concrete with terracotta layering, bricks, and dimension stone. For more on the history of the building, click here. 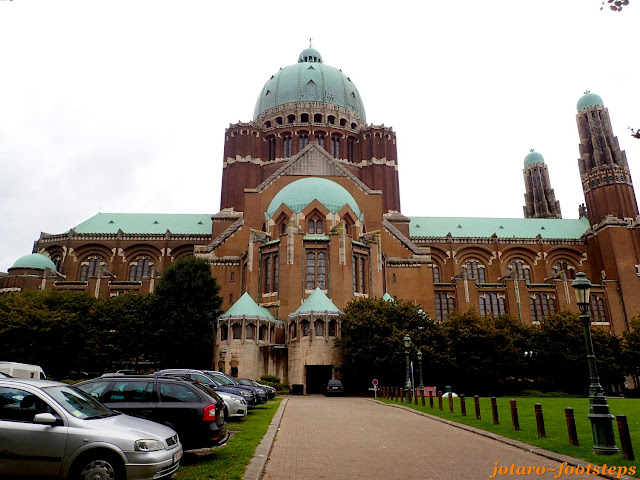 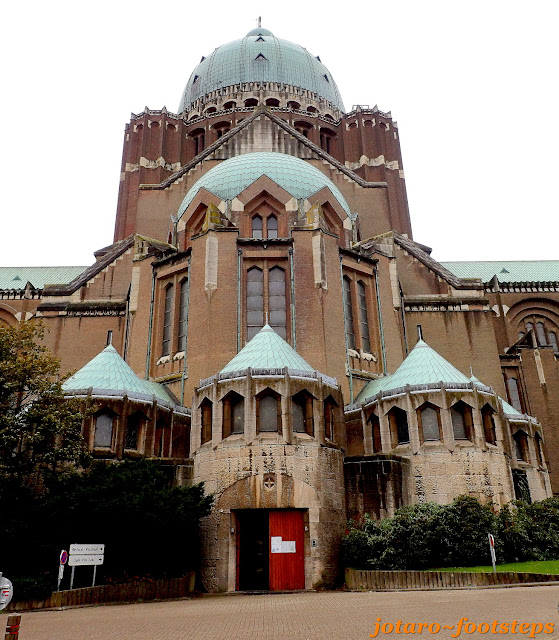 From the side, the main copula dome can be seen, on both sides are minor domes, and at a lower levels are unique conical roofs. Instead of arched window, the ones here are angular. 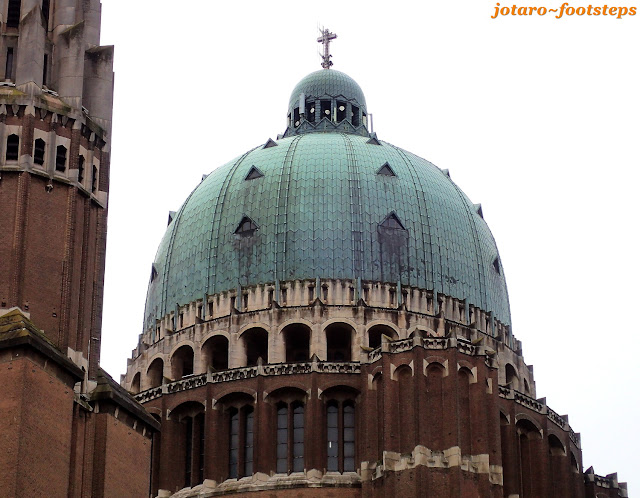 A close up look of the main cupola dome which is topped up with a smaller dome with a cross on top. The cupola has a diameter of 33 m (108 ft) and its platform affords an excellent city panoramic view of Brussels and the wider area of Flemish-Brabant.
For the panoramic Google street view from this platform, click here. 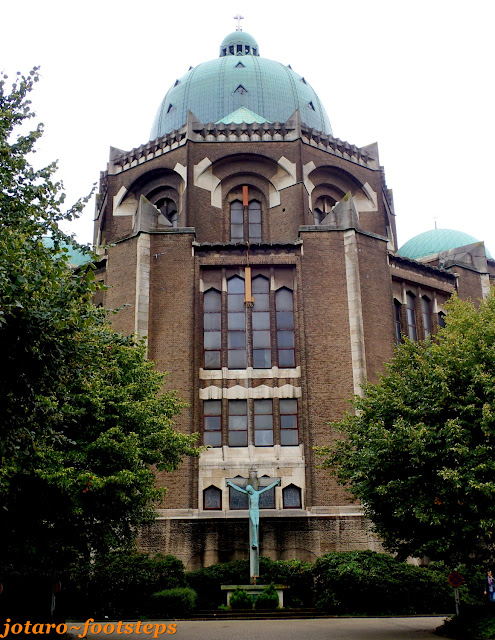 At the rear is an outdoor shrine of the Sacred Heart. 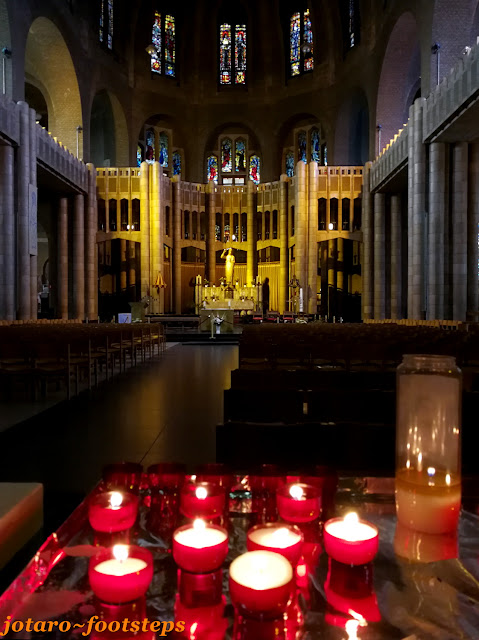 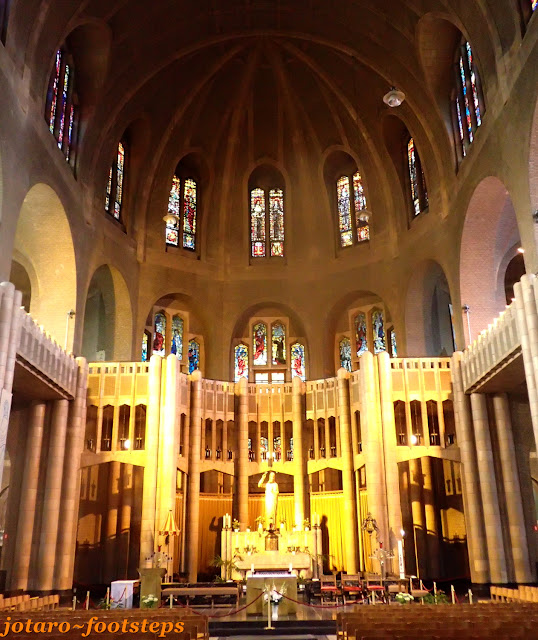 A view of the altar and the interior of the dome above. 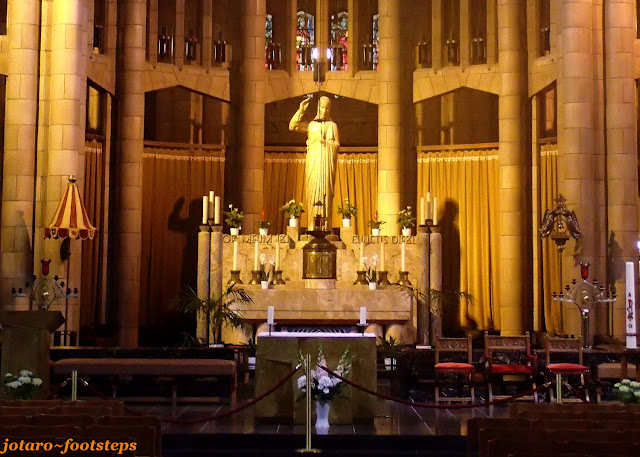 A view of the chancel.
As this area is not opened to the public I could not view the inner dome from right at the bottom, click here for a photo-sphere view of this. 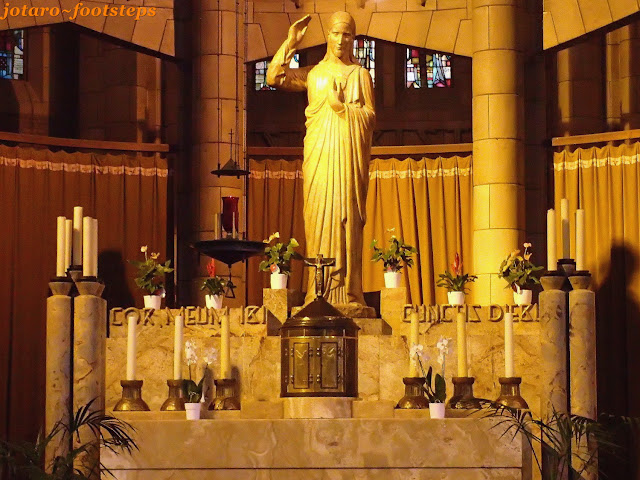 A close up view of the altar. 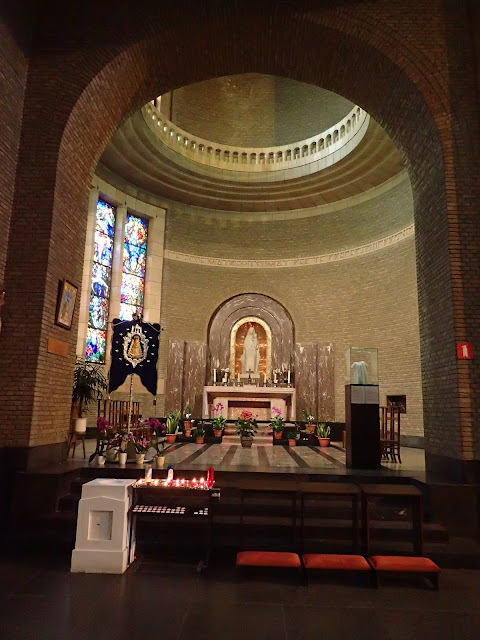 At the two sides of the chancel are shrines, this one is dedicated to Mother Mary. 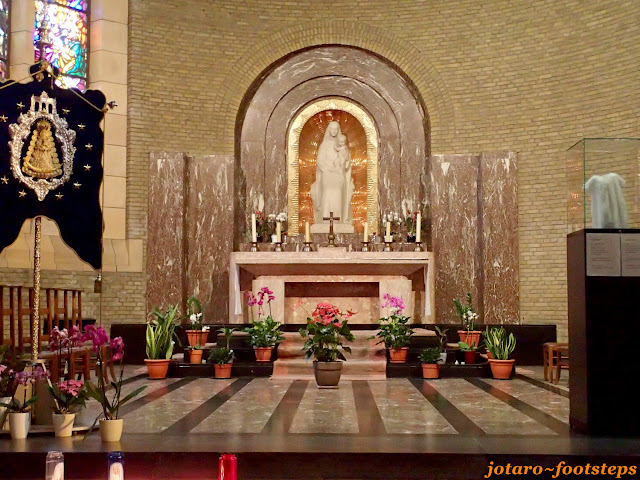 A close up look at the shrine of Mother Mary. 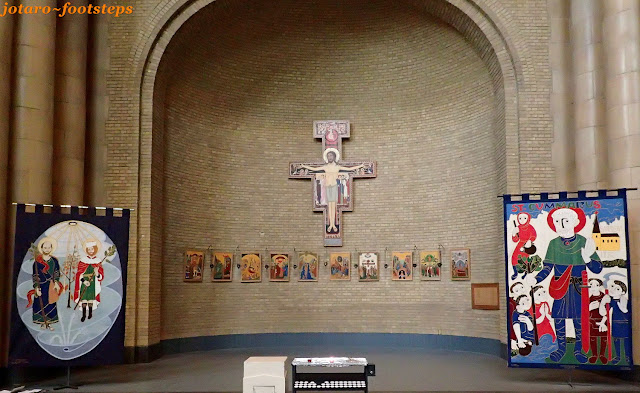 On the other side is a shrine to Jesus. 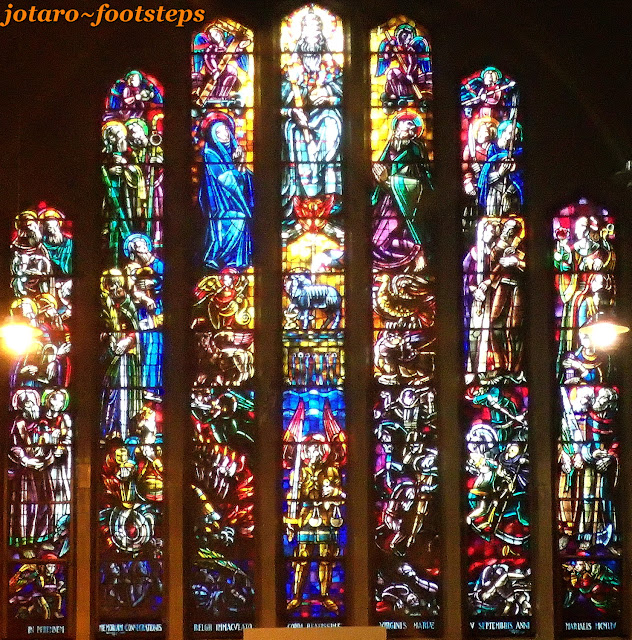 The church has beautiful stained glass windows, and in line with it's general design, these stained mosaic glass are also rendered in art deco style. This one is the main glass window above the altar. 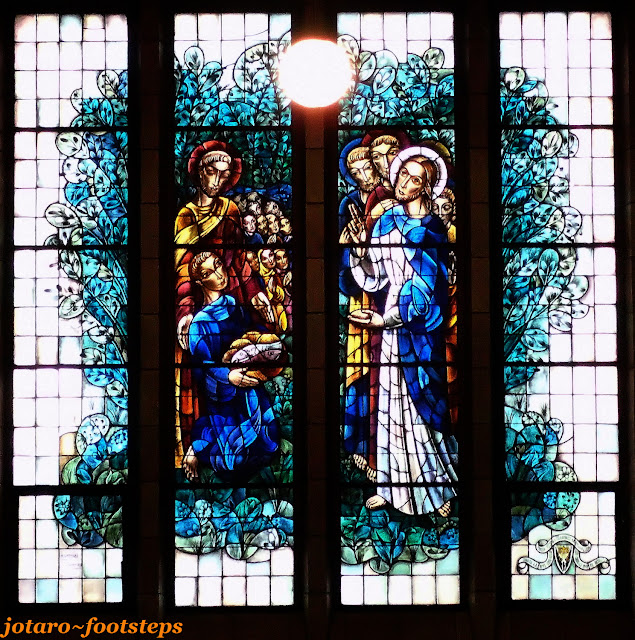 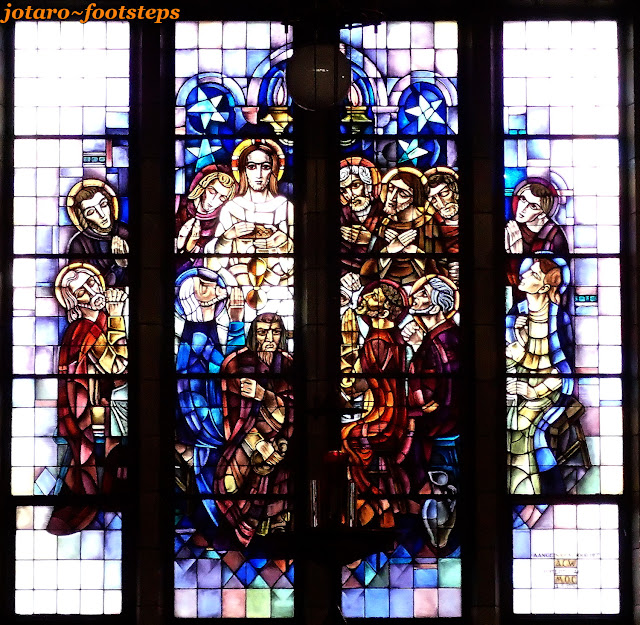 A stained glass mosaic window of the Last Supper. With his back turned towards Jesus is Judas Iscariot, and could that be Mary Magdalene leaning on Jesus's right shoulder? 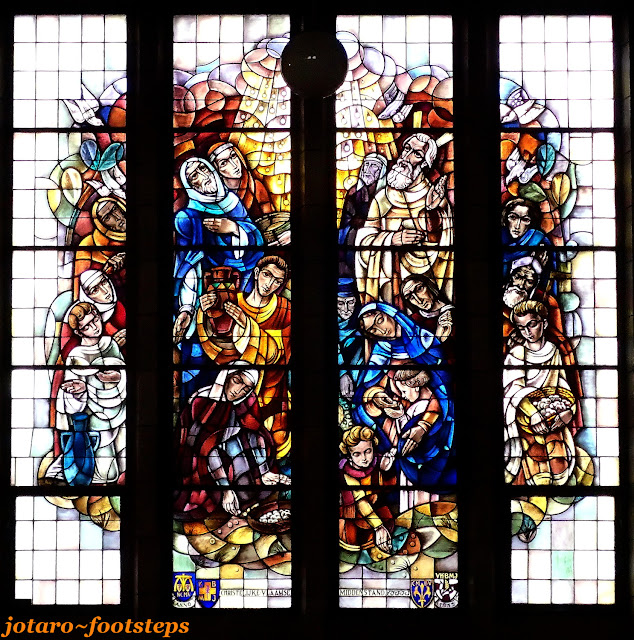 For a photo-sphere view of these stained glass windows, click here. 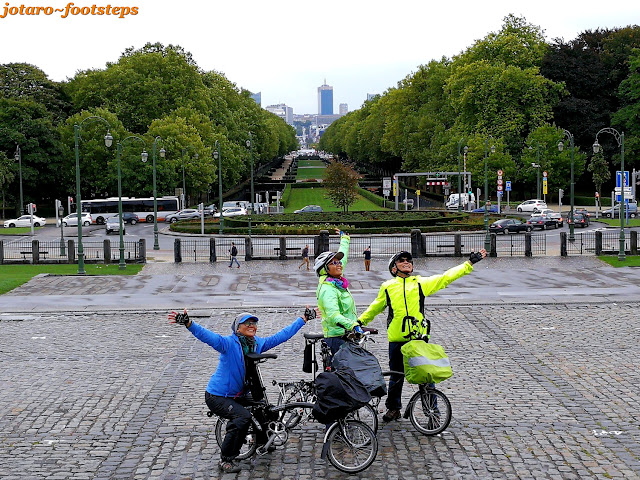 You are at - Jotaro's Blog / Footsteps-Cycling Europe 2017 / Sites / Basilique Nationale du Sacré-Cœur à Koekelberg (National Basilica of the Sacred Heart, Koekelberg)
If you like this, view my other blogs at Jotaro's Blog
(comments most welcomed. if you like this pls share via facebook or twitter)
Posted by Jotaro Zen at 8:26 PM