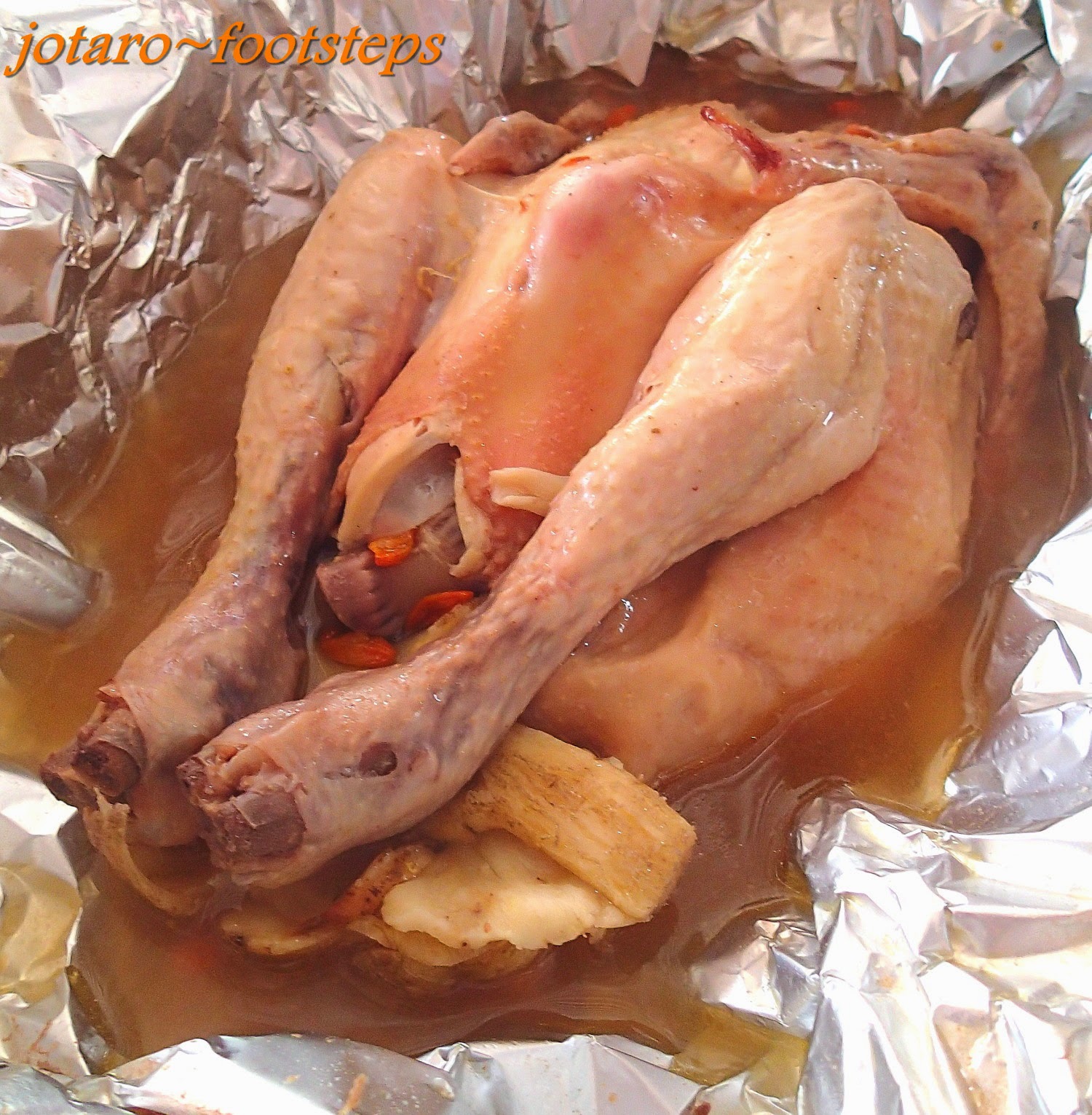 We were on a cycle ride from Rawang to Ijok. The day had started with a light drizzle, but just as we started cycling it started pouring cats and dogs. The rain continuously lashed down on us without mercy and by the time we reached this restaurant 4-1/2 hours later we were all wet and drenched. It was a good thing that lunch was the Beggar's Chicken as the warm dish certainly dissipated our cold. 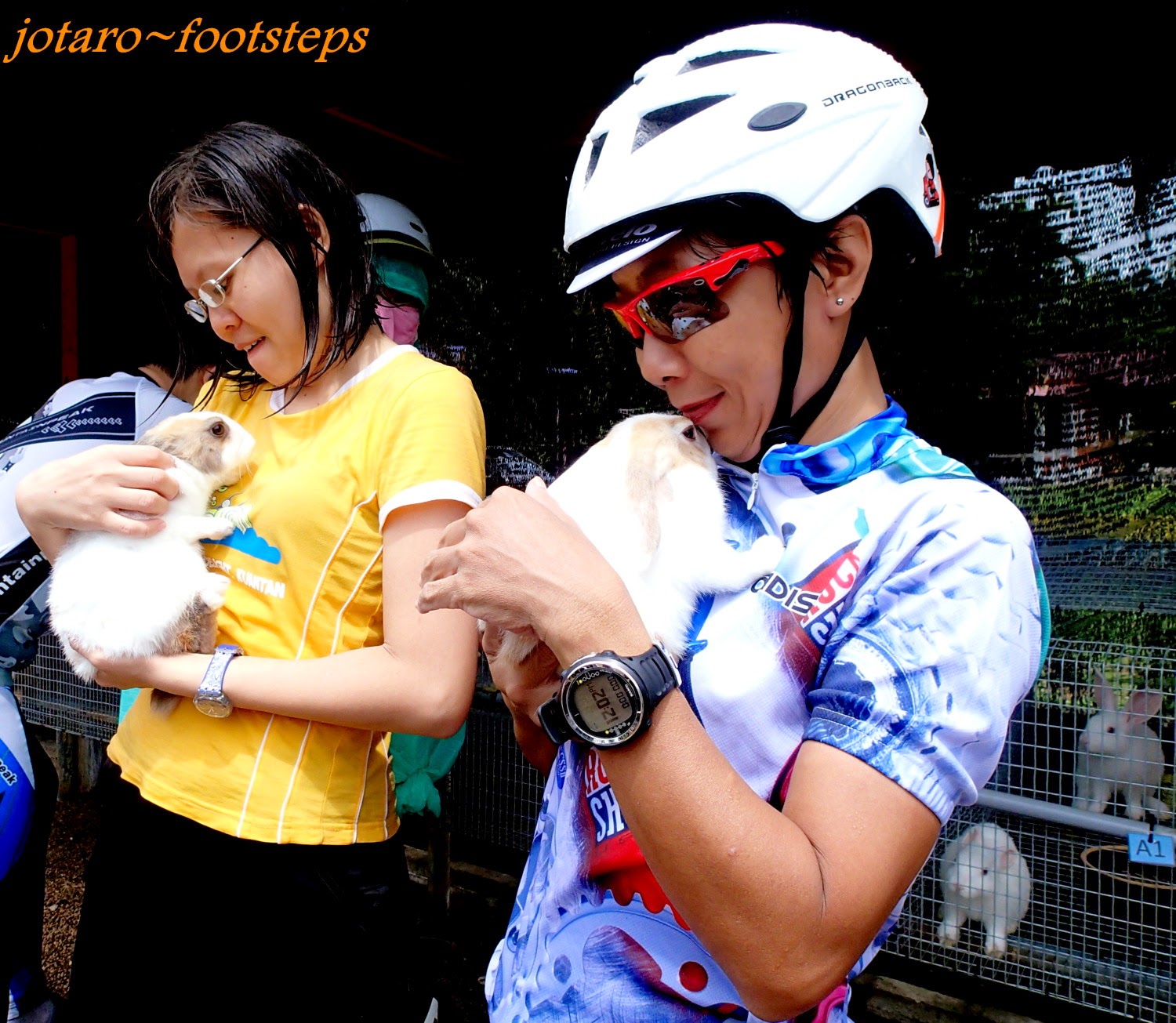 You must be thinking that we are crazy to be cycling for hours in the rain. Well we did have a couple of other stops along the way. First was having some Nasi Melayu at Tasik Biru  for breakfast, and then just before lunch we popped in to visit a nearby rabbit farm at Bukit Badong. 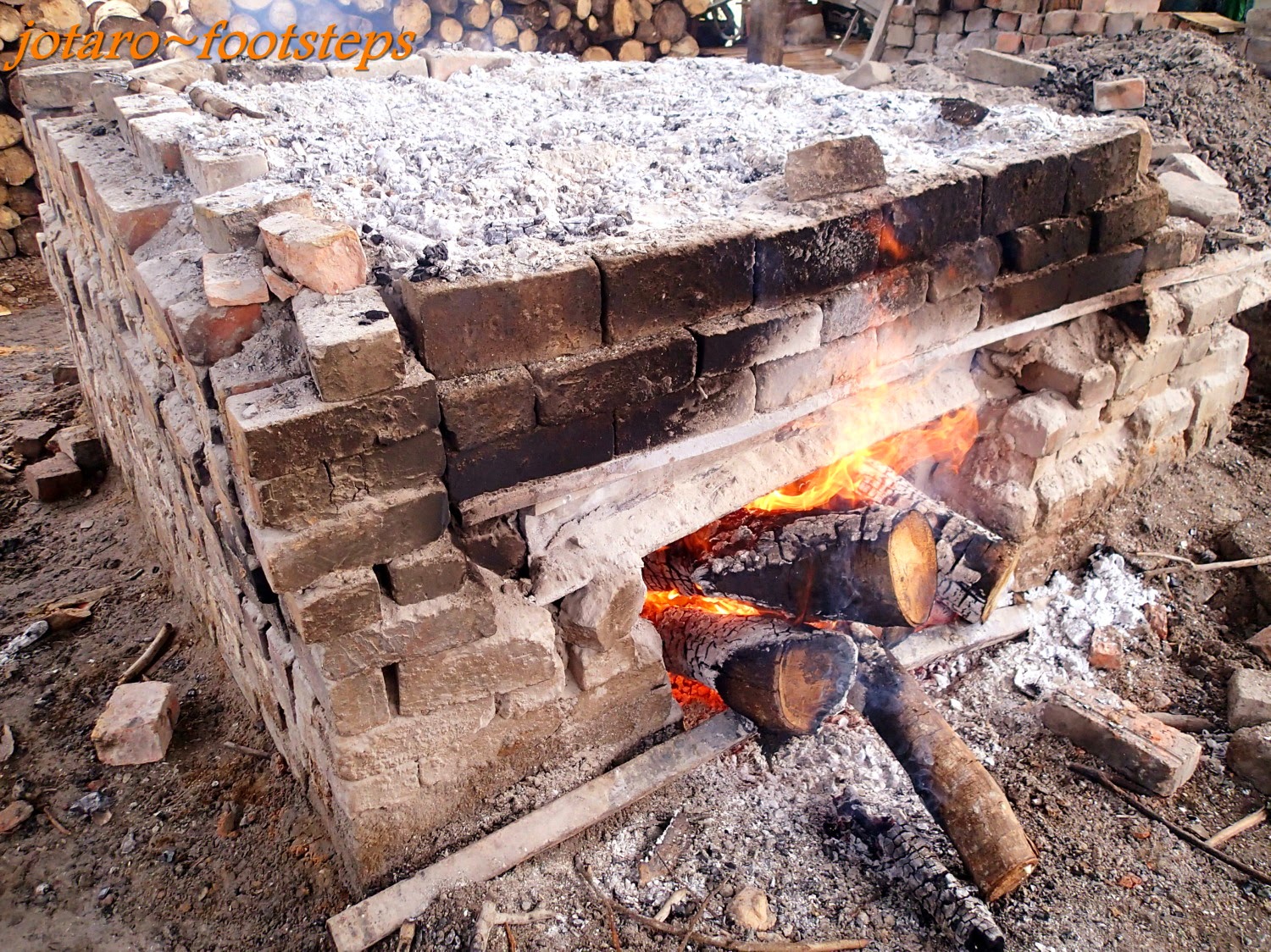 At Ijok, while waiting for the food to be served, a few of us went to the "kitchen" (an open shedded area) to see how the chicken are prepared and cooked. The seasoned chicken together with some herbs wrapped in aluminium foil. The wrapped chicken is then coated with a thick layer of mud and put into an "oven". The oven was basically a large steel tray filled with sand. The muddied chicken are put into the oven and are fully enclosed by the sand. A strong fire burns from below, while at the same time hot embers are put on top to even out the baking process.
The chicken takes about close to seven hours to cook in this make-shift oven. It's because of this long cooking time that orders for the Beggar's Chicken have to be made one day in advance.
The cooking method here is quite the same as the one that I had a few month's earlier at Ulu Klang in Kuala Lumpur. The only difference is that the Ulu Klang one, being in an urban area, used construction timber waste to fire the ovens. Here, this one far out in a remote country-side, logs cut from the surrounding forest are used for the ovens. 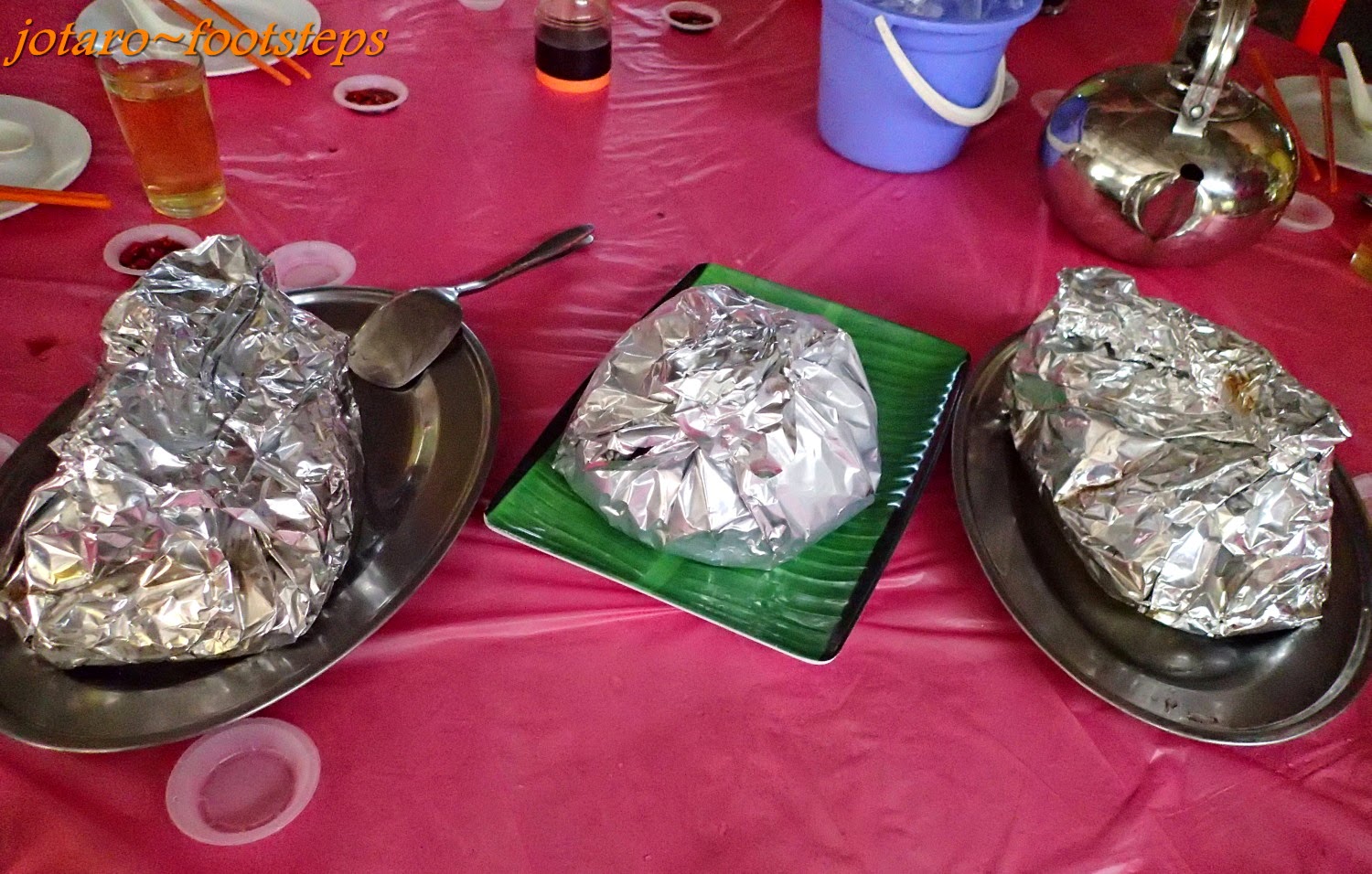 By the time we went back to our tables, three aluminium-foil packages were waiting for us. I was wondering what's inside them; one must be the beggar chicken. 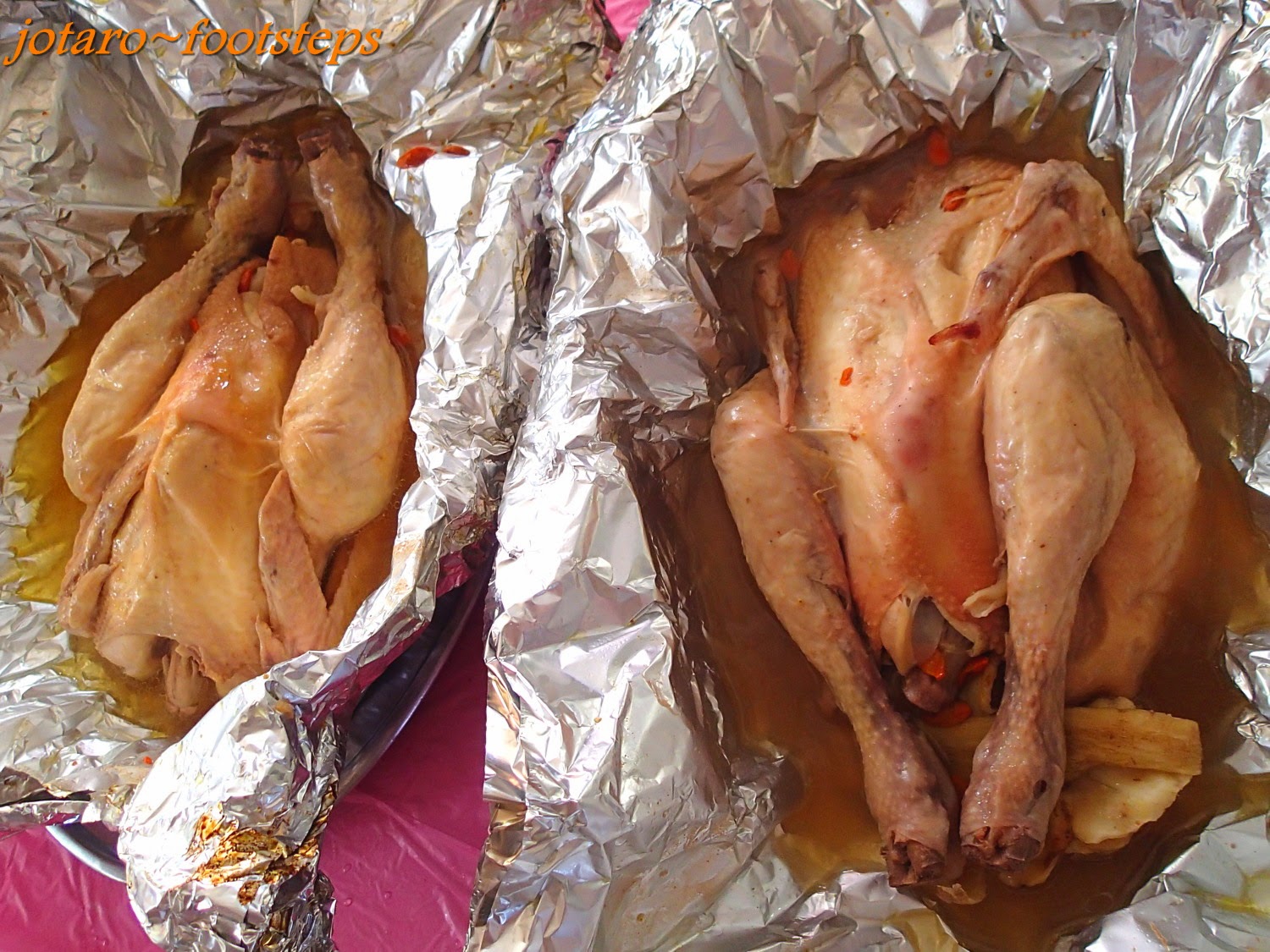 No.... Two of them were Beggar's Chicken; that should be enough to feed nine of us at the table.
A friend enlightened me a bit on the history of this Beggar's Chicken joint. It seems that the original Beggar's Chicken is the one at Ulu Klang, Kuala Lumpur. One assistant chef let to start a second one in Ijok, while a third started this one in Jugra. This place is now being managed by the assistant's son. 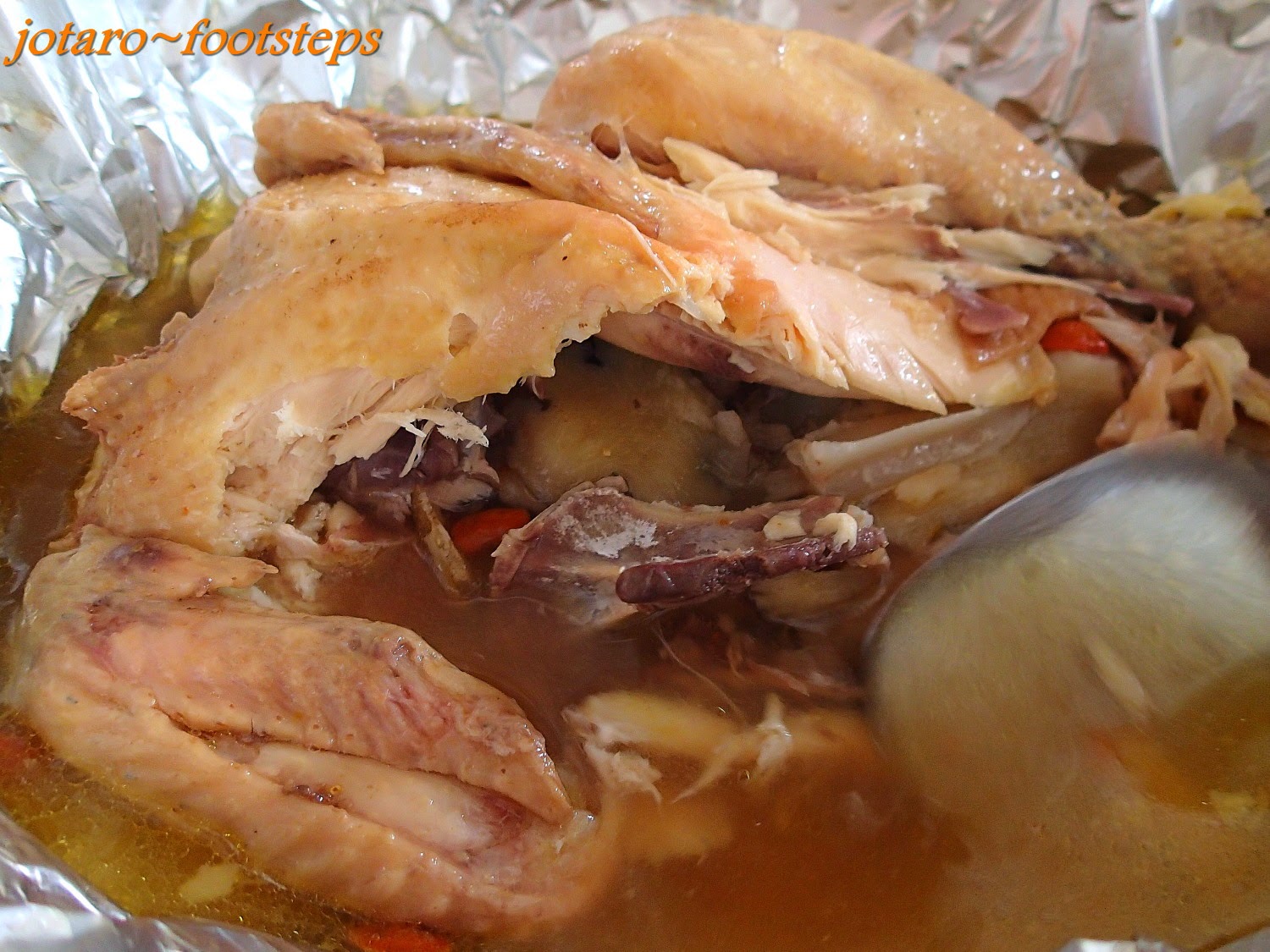 Inside the chicken were herbs; I presumed the quantity and kind of herbs used were individual trade secrets to the respective Beggar's Chicken outlets found in the Klang Valley. The herbal chicken juice had seeped out very well from the chicken and had formed a sort of chicken essence soup, tasting heady as there was a bit of Chinese White Wine included in the seasoning. 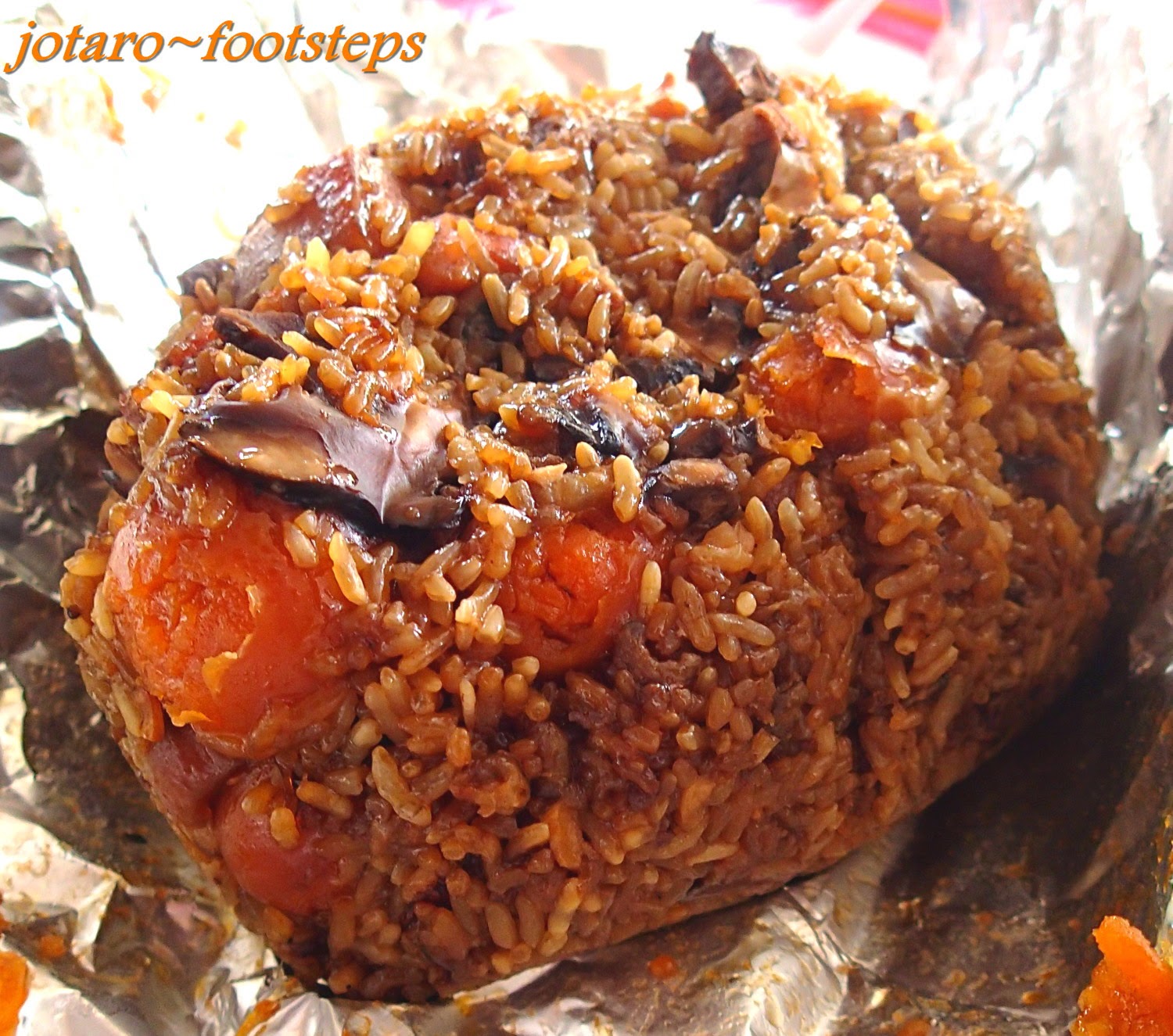 Unwrapping the third package, we found that it contained glutinous rice. The uncooked rice  had been lightly pre-fried with salted duck eggs, mushrooms. The combo was then wrapped in aluminium foil and then steamed cooked. 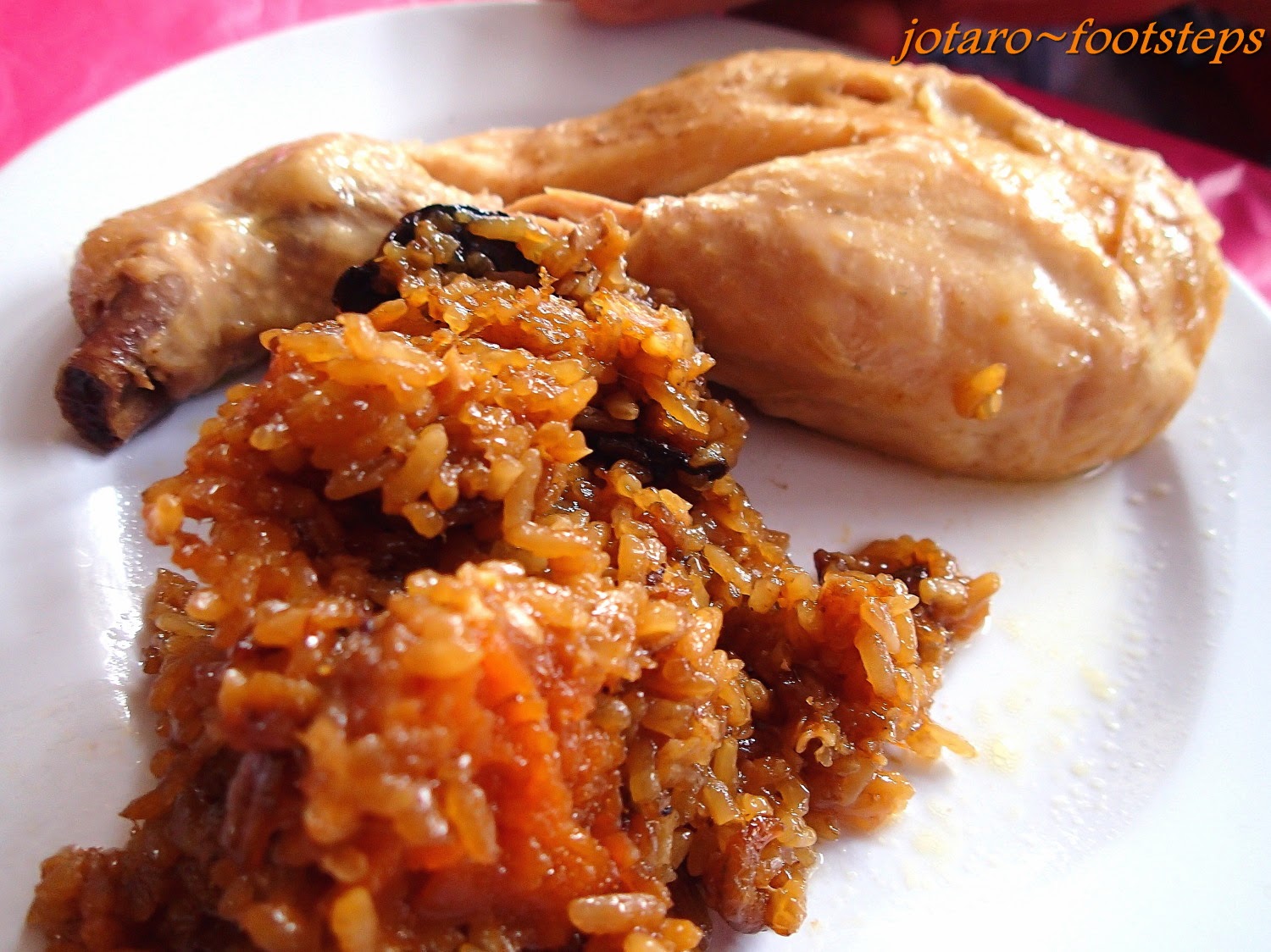 The glutinous rice was nicely done, well cooked but still with the individual grains well separated. The salted duck egg add a good flavour to the rice and the Chinese Black Mushrooms were softly tender.
The meat of the chicken drumstick was also tender and had soaked the herbal essence into its meat; it went very well with the rice. 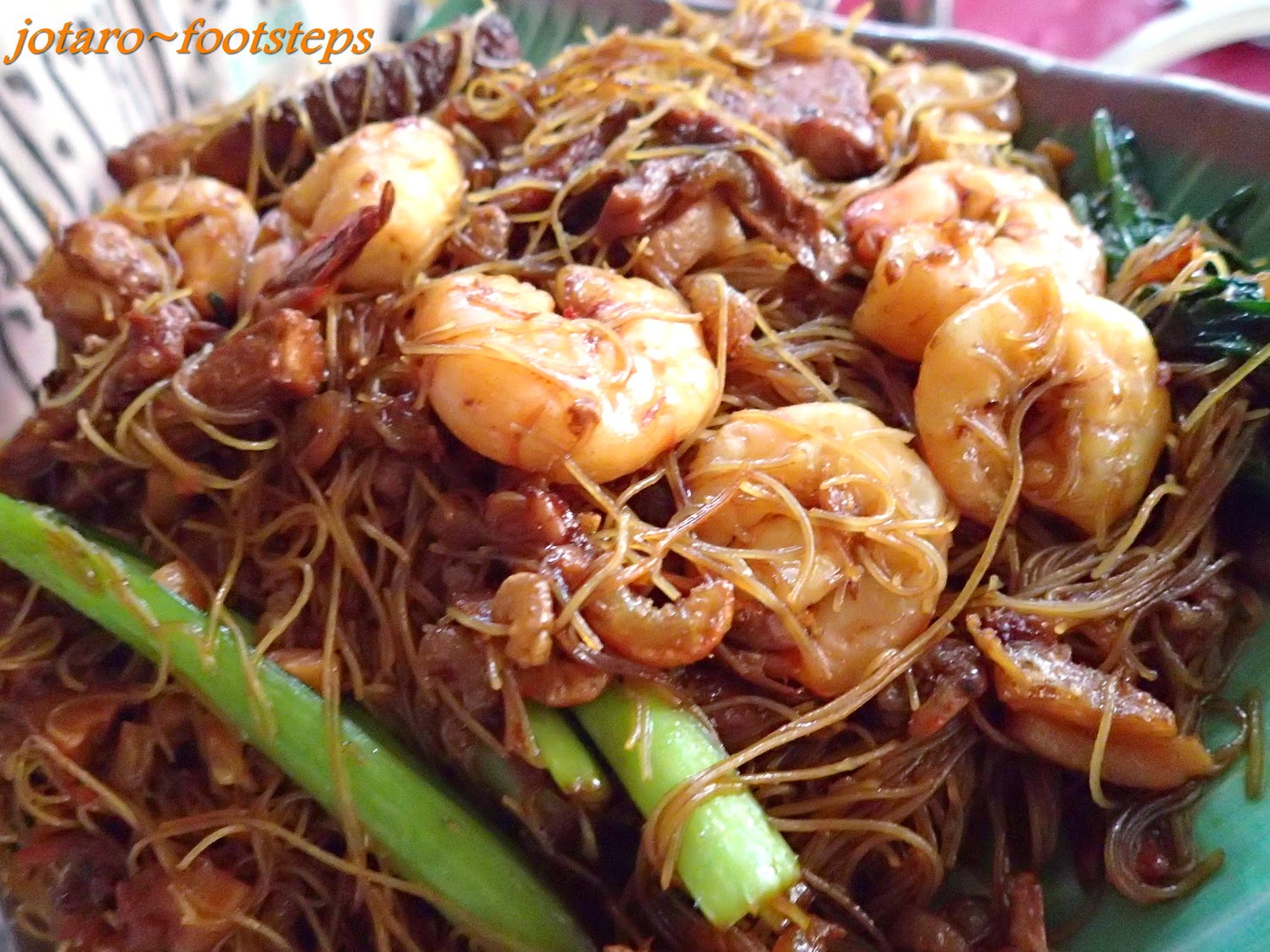 To detract from just eating chicken, we had this simply fried Beehoon (vermicelli). Looks simple but the larger prawns made it better than simple. 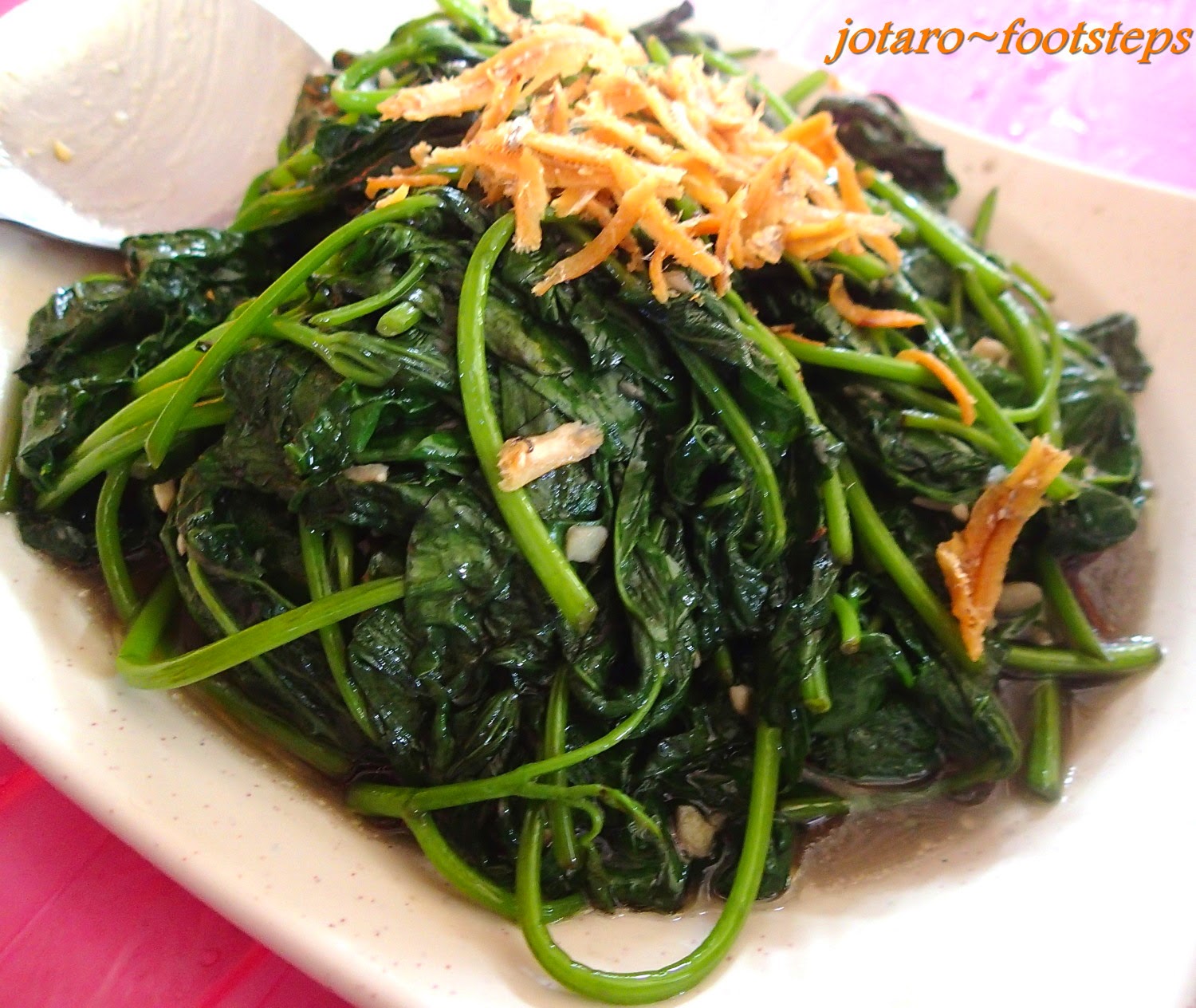 And some roughage from Stir-fried Spinach with crispy anchovies added. 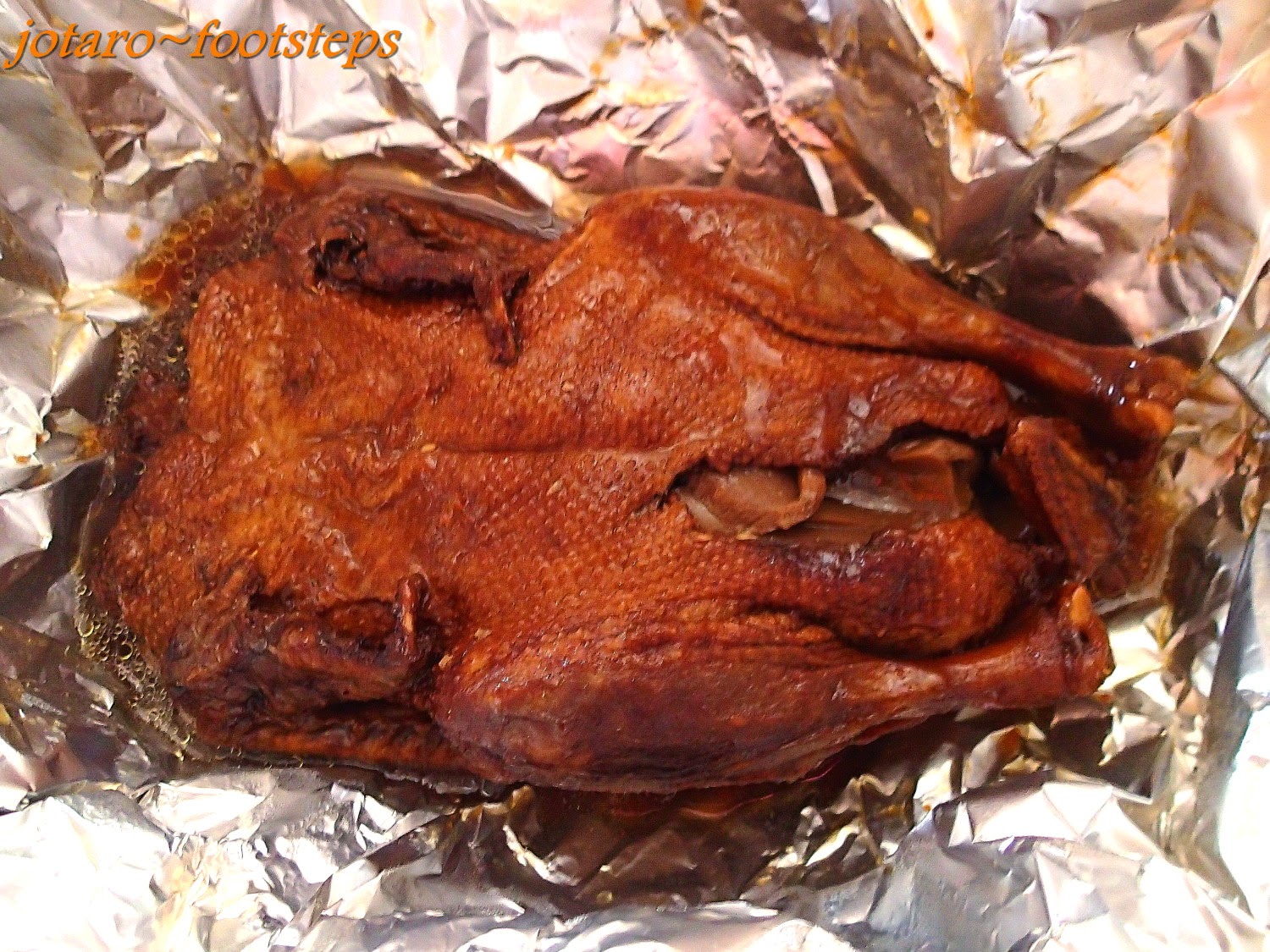 Looks like the beggars are spreading; now there's Beggar's Duck too.
I found these to be nicer than the chicken; the duck meat being more tender and flavourful with a distinct duckish aroma. 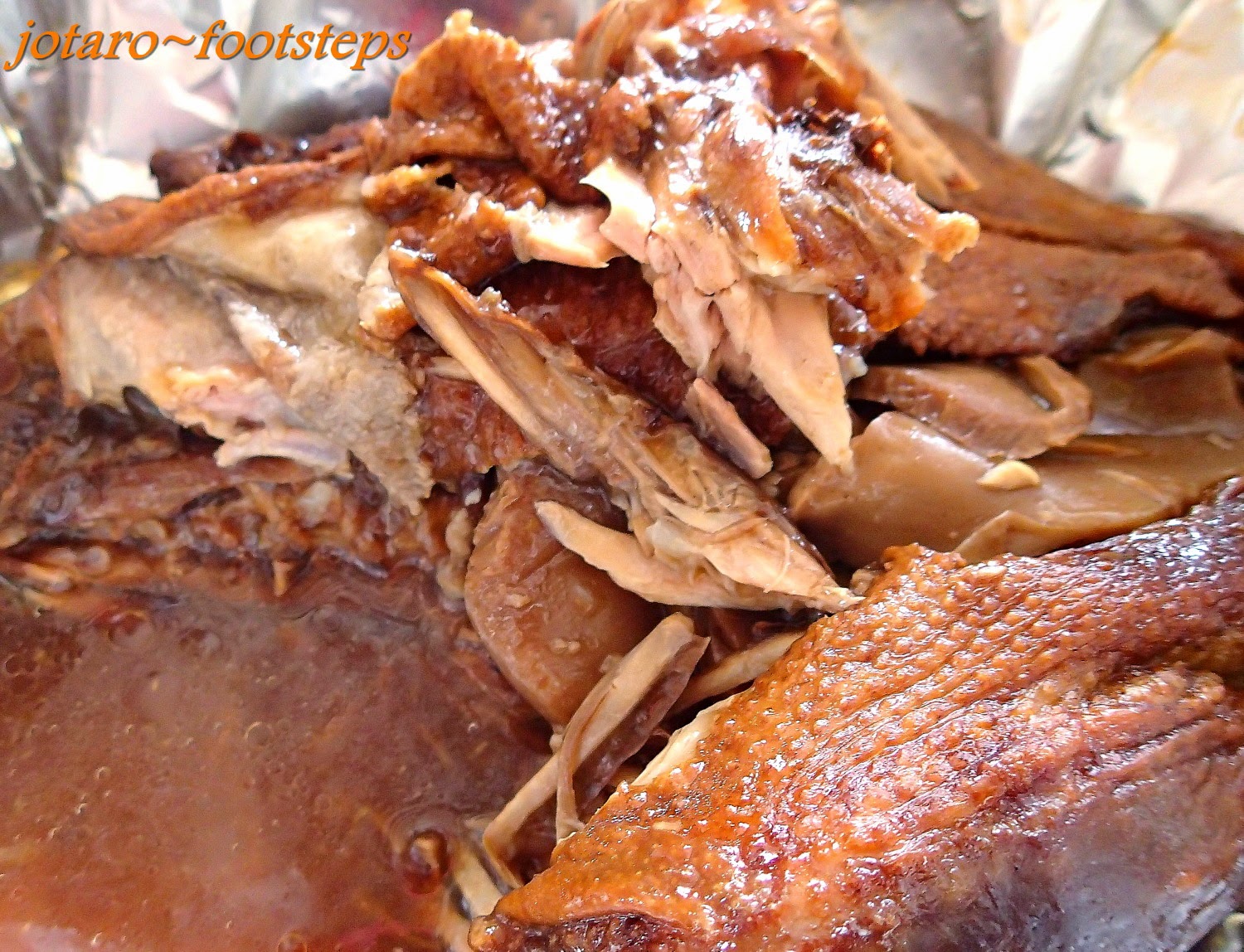 With the duck essence seeping into it, the thicker gravy was tastefully excellent. 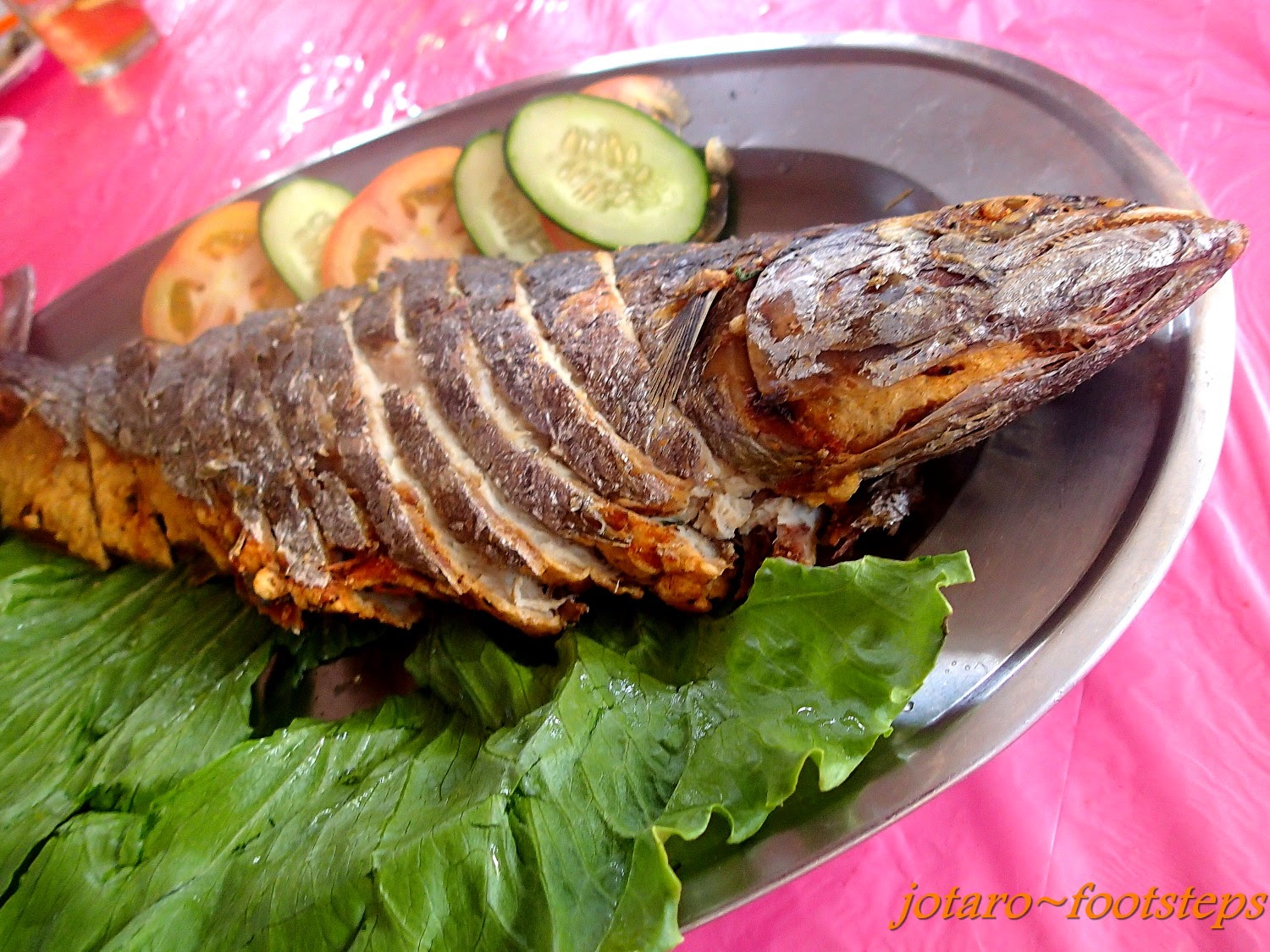 This dish looks fishy but not so fishy? That's because it's actually not fish but fish paste. The fish have been carefully filleted without fully tearing out the skin. The meat is then made into fish paste and reinserted under the skin craft-fully so that it still looks like a proper fish. 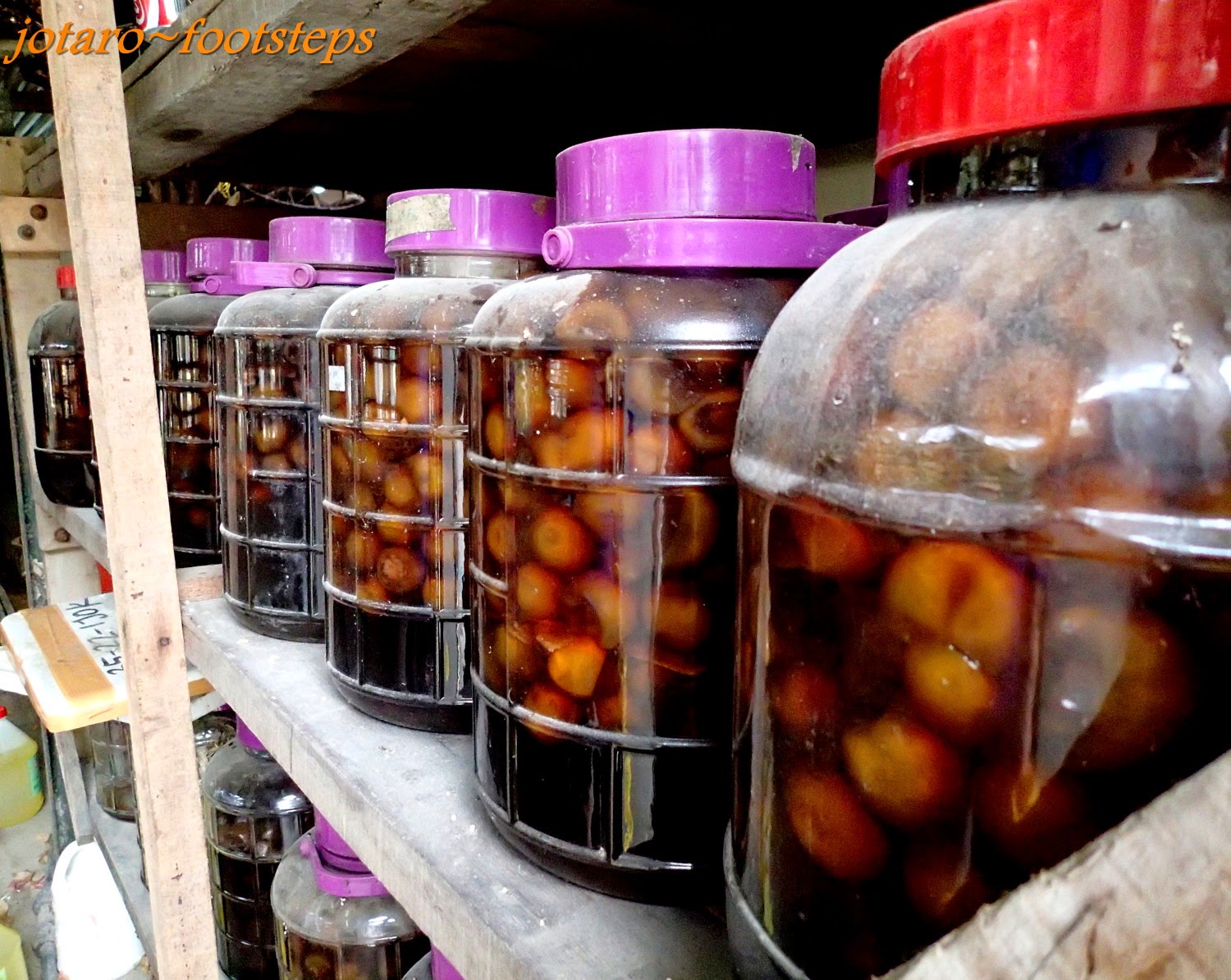 While at the back, observing how the chicken were being baked, I noticed these bottles of kumquats being pickled. I enquired the operator about it and he asked me to try a glass. 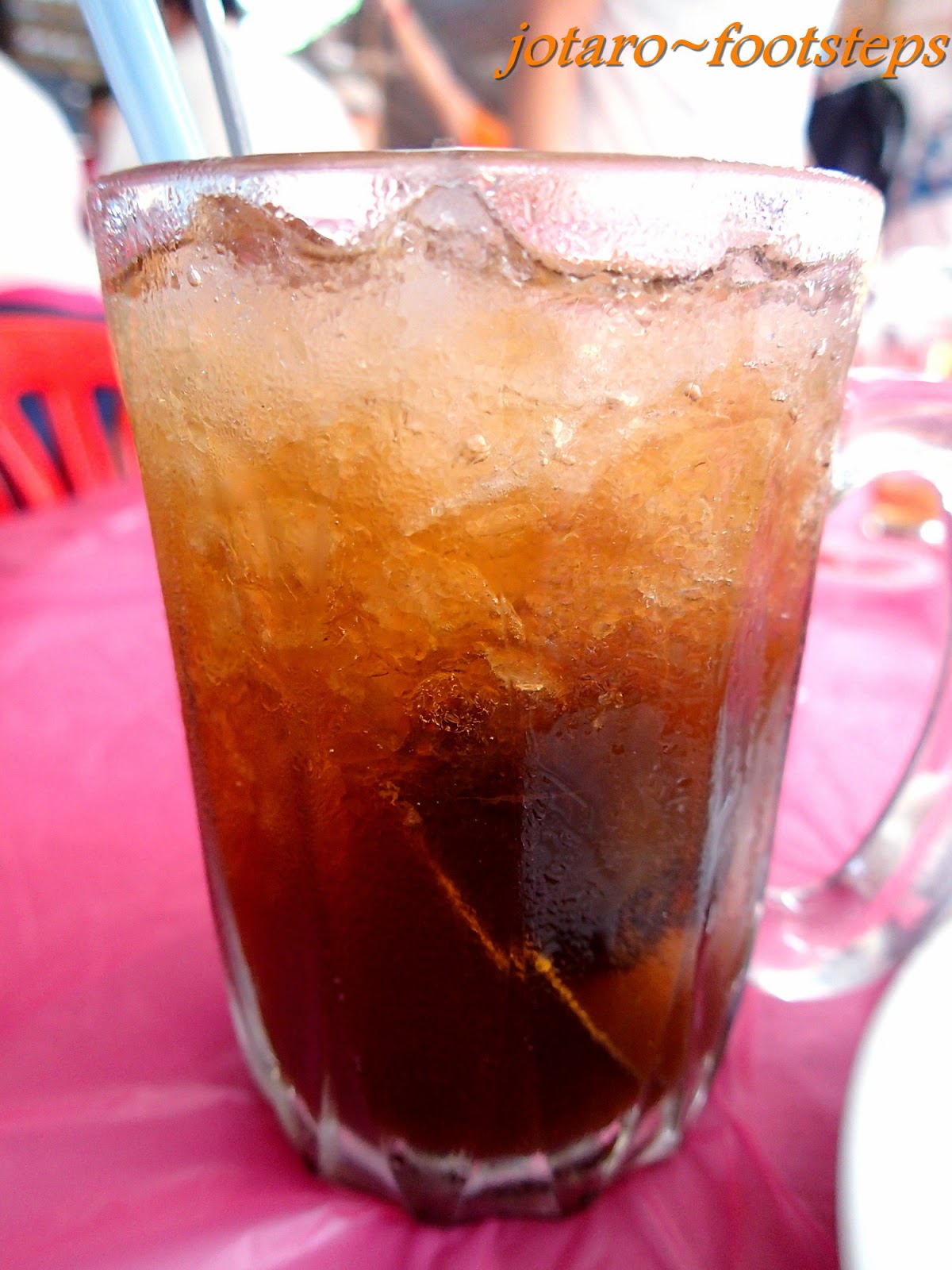 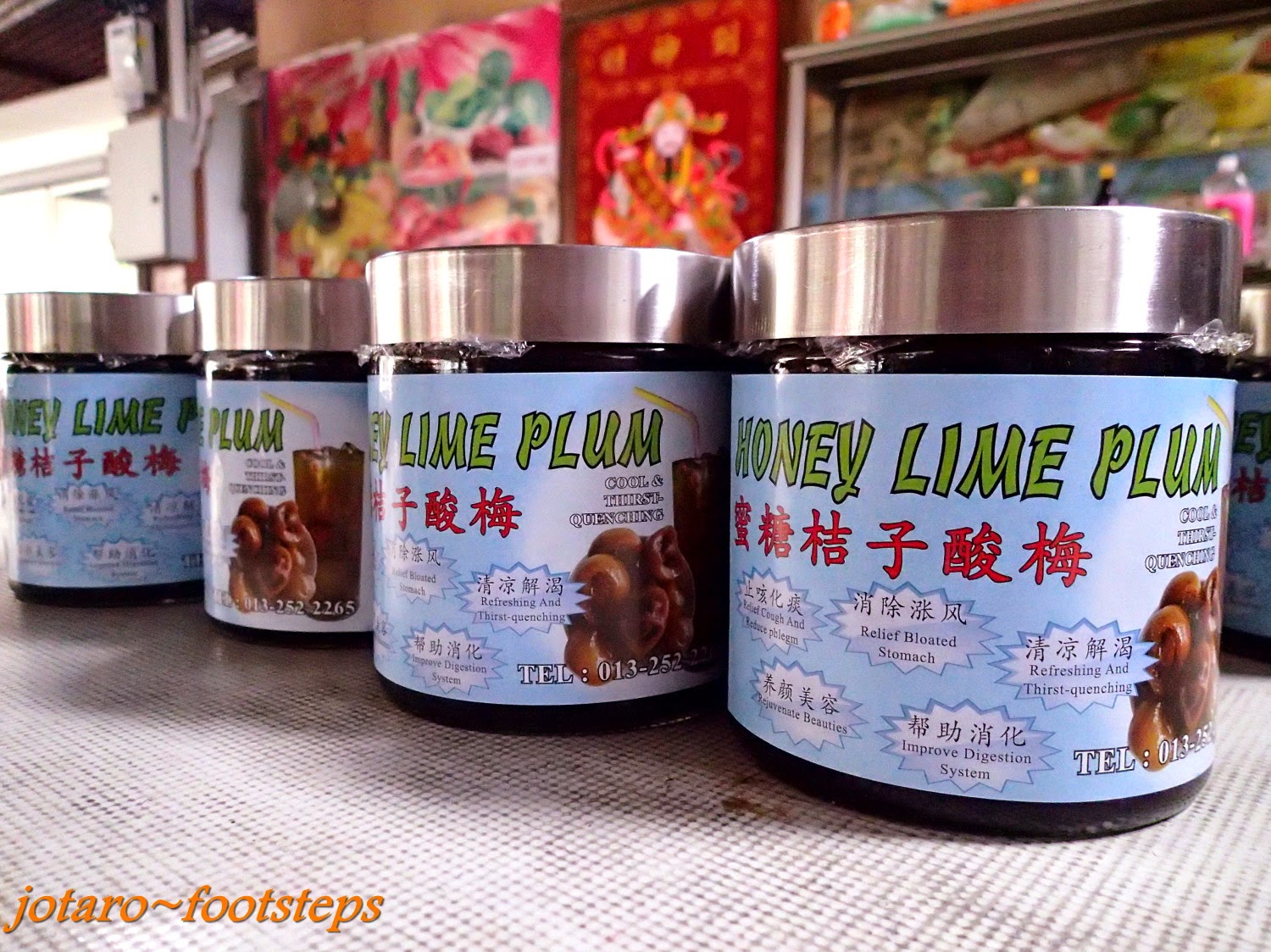 I liked it so much that I bought a bottle at RM25-00. I thought it was not cheap, but then later I found out that with a couple of the pickles and some syrup, you can keep on adding water and the drink still tastes good. 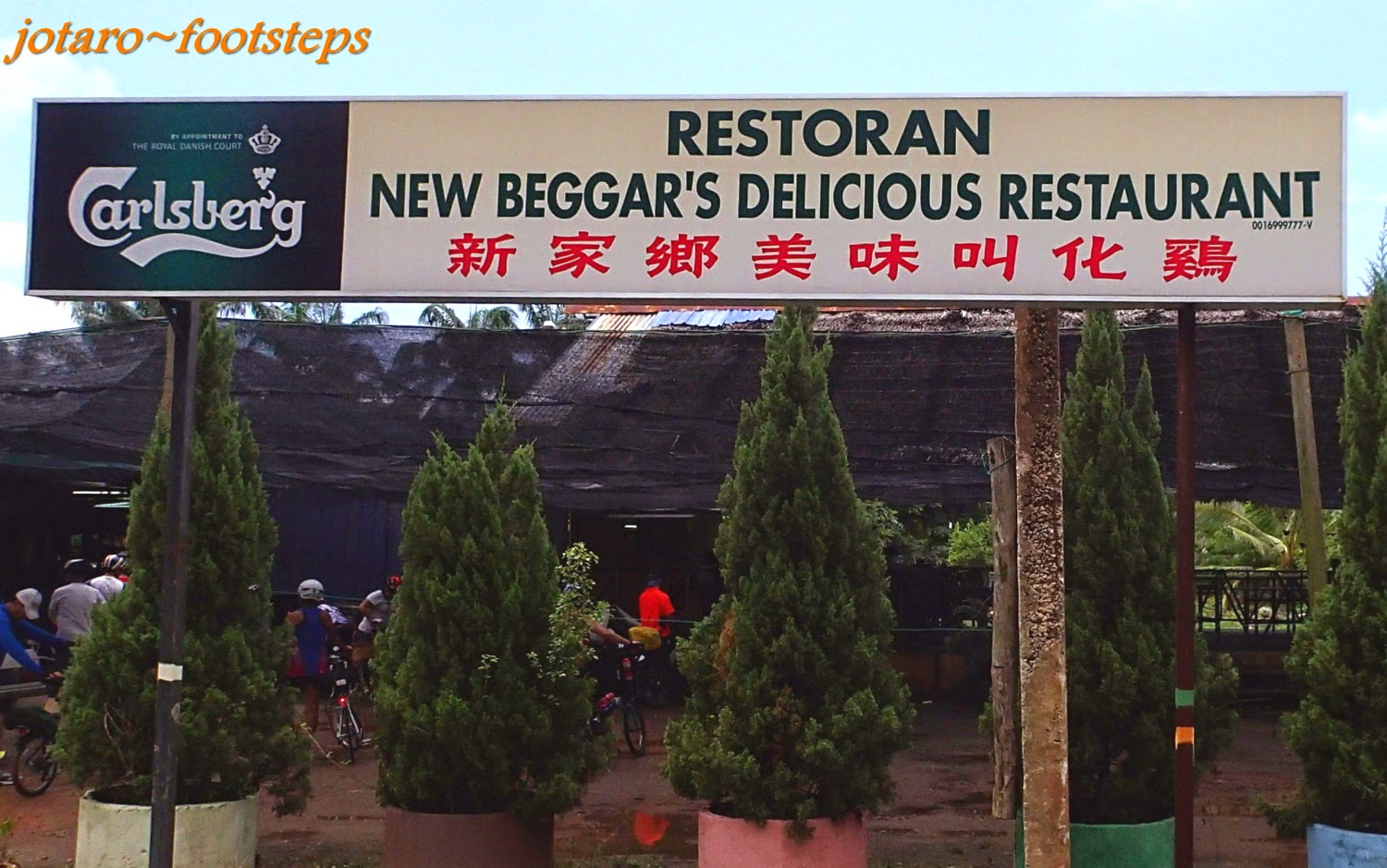 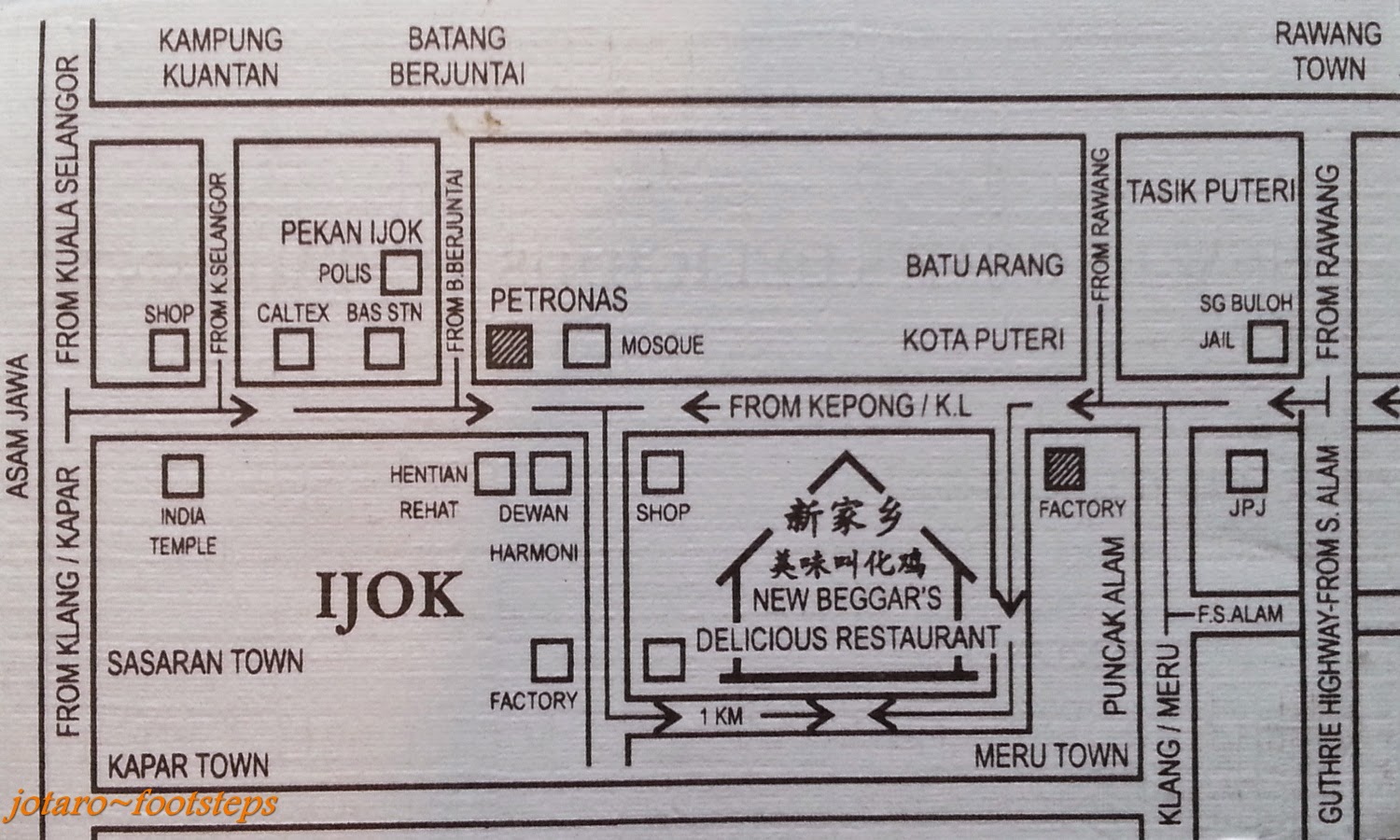 As the roads leading to the restaurant may not be clear; here is a map as a guide.

You are at - Jotaro's Blog  / FootSteps / YummY! / Chinese Food / Beggar's Chicken @ Ijok
If you like this, view my other blogs at Jotaro's Blog
(comments most welcomed. if you like this pls share via facebook or twitter)
Posted by Jotaro Zen at 8:52 AM