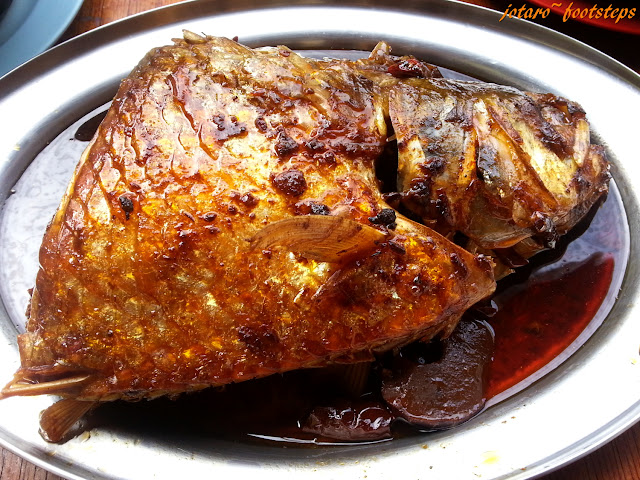 Sungai Besar, Selangor, Malaysia - January 2017
Many food aficionados will go after this prize fish, the Ikan Terubuk, but these days over-fishing has made it a prized fish. Because of over-fishing it has become a seasonal fish to catch, and usually during it's breeding period at the end and beginning of the year.
What is Ikan Terubuk? It is a fish of the shad family, and is called the Toli Shad (Tenualosa toli); it is sometimes called the Chinese Herring too, in Chinese it's called Jié yú (节鱼).

The odd thing is that this fish is not easy to eat, it has many bones, some very fine and splintered too. So what makes it a prized fish? We had a chance to find out when we were looking for good food in Sungai Besar and ended at the Cheah Yei Heng Restaurant which were selling these. Let's see what's the hoo-hah is all about! 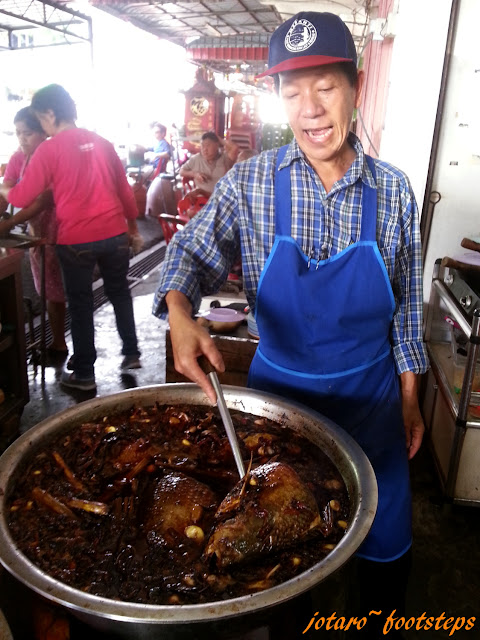 Ah Heng runs a small, simple shop located at a row of local council shops in Sungai Besar. It's a family operated business with a couple of foreign helpers. Ah Heng does the cooking himself. His style of cooking the Terubuk is unique. 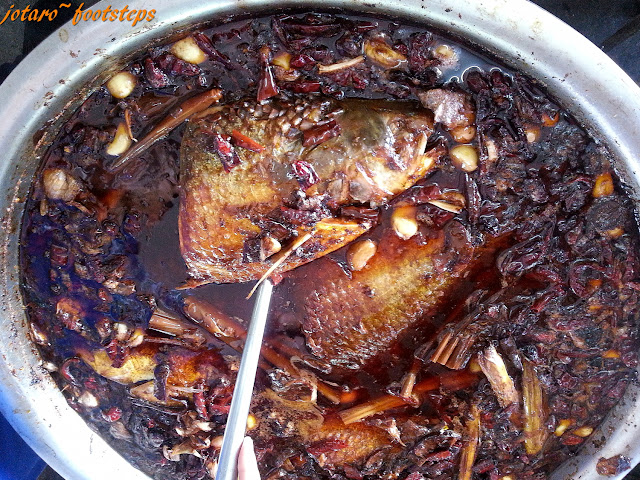 It's cooked in a large stainless steel basin over a slow fire together with lots of herbs in a soupy soy sauce light stew. The fish he used are quite large, close to 2kg. each. 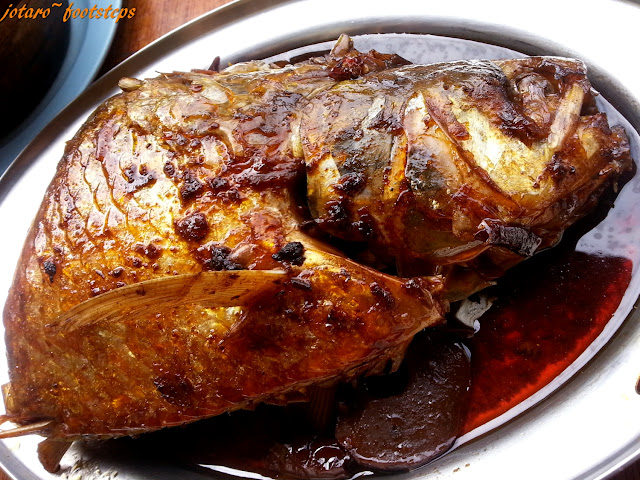 We were fortunate, the fish that we were served was the the stomach section, it's the stomach that have less bones and thus easier to eat! 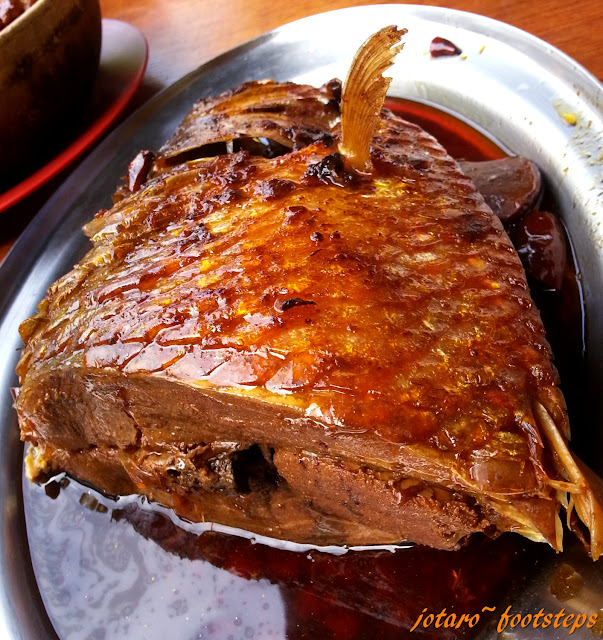 And it came with a bonus... a tummy full of eggs! The Terubuk is a prized delicacy and those with eggs appreciated even more. But it would have been even greater if the eggs were taken out and deep fried. 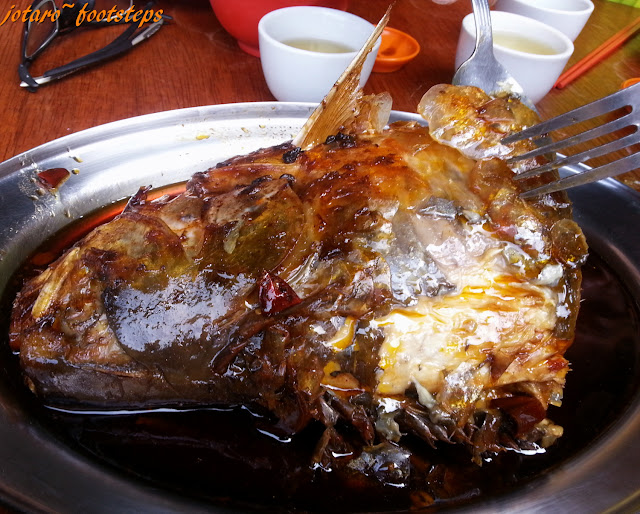 To preserve the sweetness of the meat, the fish is usually cooked with its scales, but no worries, the scales are quite easy to remove. 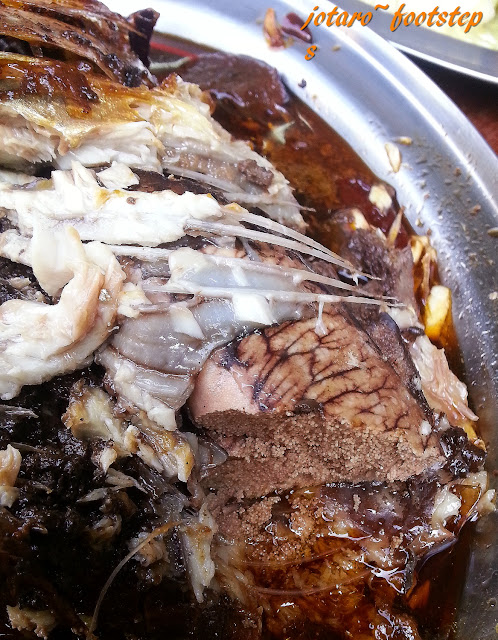 The stomach meat was easily eaten... 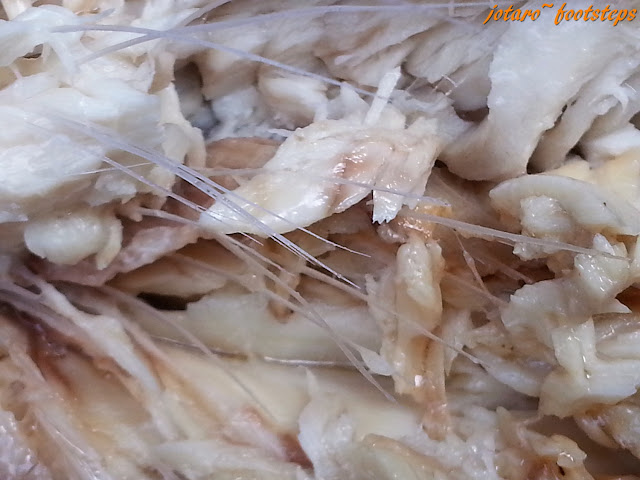 Whilst, care had to be taken when eating the rest of the fish, a photo to here shows how fine the bones can be; as a friend put it "No talking while eating this fish, concentrate!"
But really, it's meat is so sweet that taking the trouble to clear all the bones was worth it. 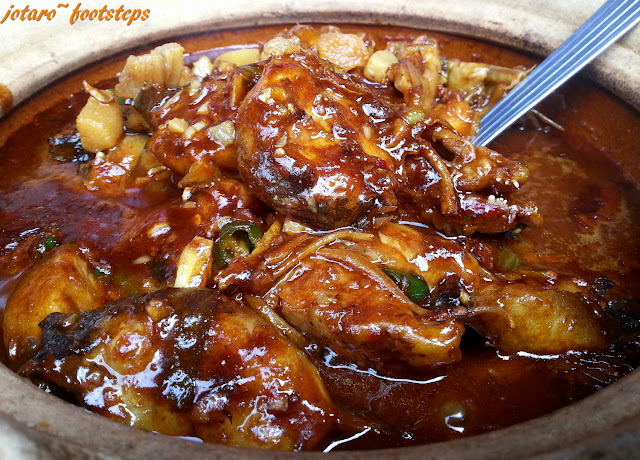 Other than the Terubuk, we had cat fish "Cheong Cheng" (bean paste) style, cooked in a claypot with some chilli added for some spunkiness. The catfish used here is the sea variety and hence does not have that "muddy" smell or taste. Tip: ask for more lard bits, the one the served here is crunchy with a good aroma. 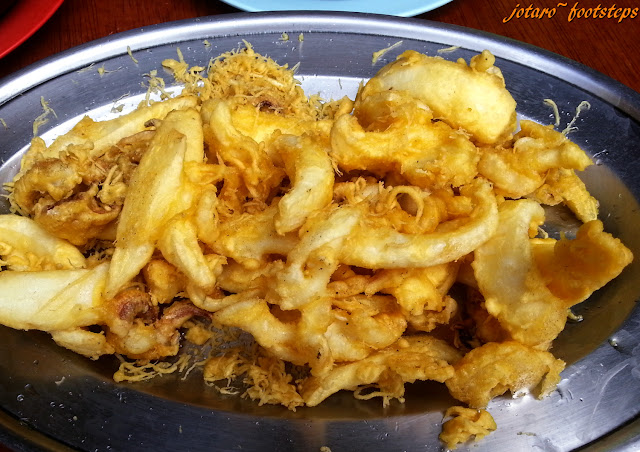 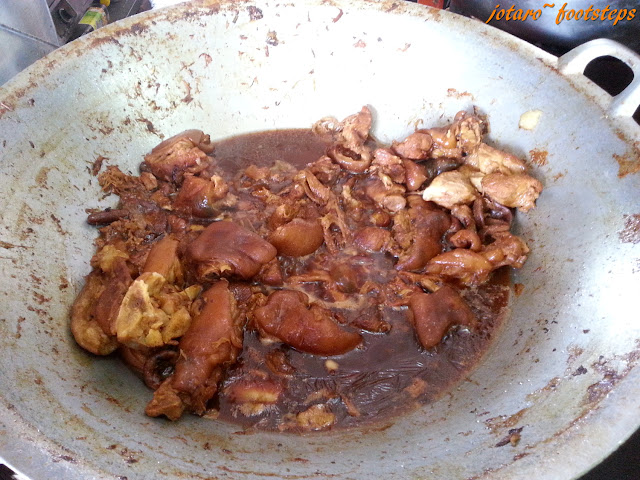 These pork trotters which were cooked in a large aluminium wok may not look like much... 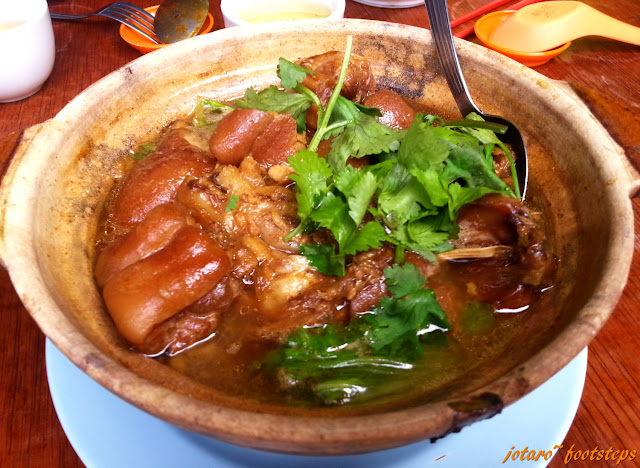 ... but when it was served in a claypot, it looked like a totally different thing. The meat was soft and very tasty. 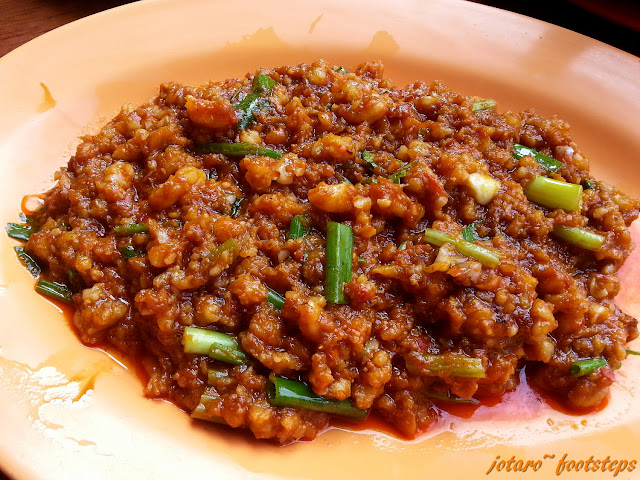 This dish looked a bit mysterious; it's small shrimps diced into small pieces and stir fried with a light chilli sauce. 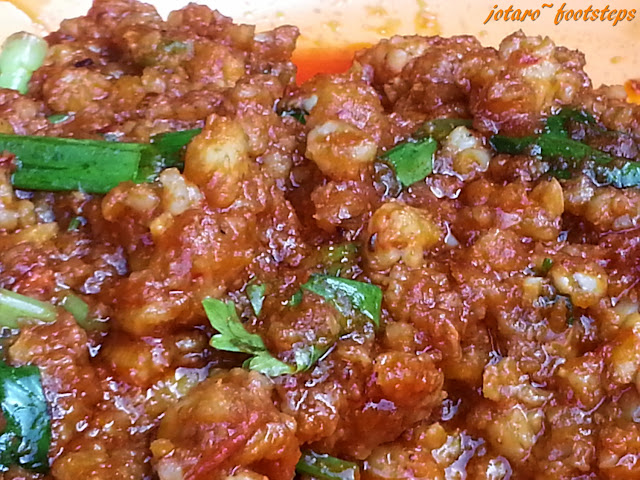 A close look at the shrimps dish. Hmmmmm.... couldn't see any shrimps there but no worries, they were there and tasting good too. 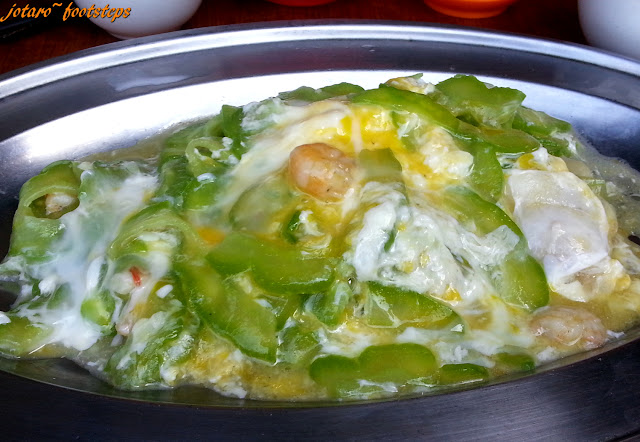 
You are at - Jotaro's Blog / Footsteps / YummY! / Chinese Food / Good Ikan (节鱼) Seafood @ Sungai Besar Cheah Yei Heng
If you like this, view my other blogs at Jotaro's Blog
(comments most welcomed below. if you like this pls share via Facebook or Twitter)
Posted by Jotaro Zen at 12:32 PM