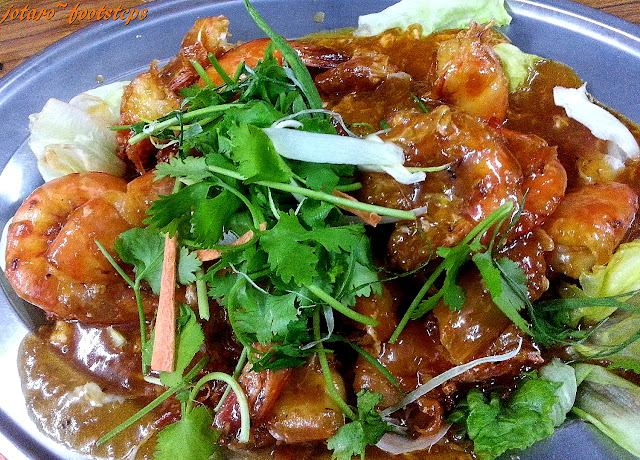 Cukai, Terengganu, Malaysia - October 2016
Finished with a challenging ride in Terengganu, to reward ourselves we went looking for good food in Kemaman. A local buddy pointed us to Tong Cheng Restaurant in Cukai, and made recommendations for some of the home-style dishes. We went, we ate and were most satisfied. We started with the Fried Rice. Yes, I know it's an odd dish to start with but we were hungry after our cycling, and this was not a course-by-course dinner. Dishes would be served almost simultaneously.
And this was a superb dish with the grains of rice quite well separated from each other, and it tasted very good with small cuts of fish cake, chicken, fluffy eggs together with sprinklings of carrots & peas. 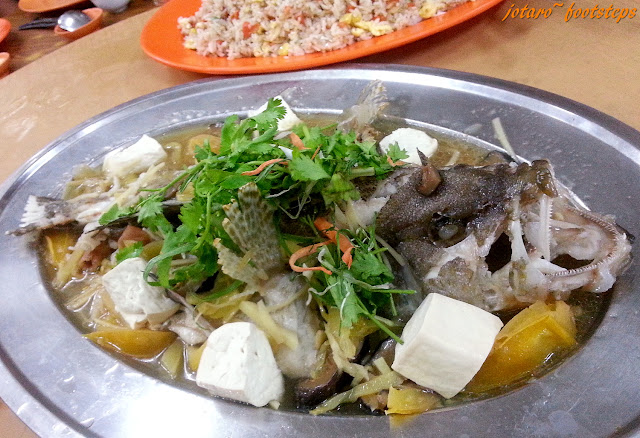 Next was Steamed Grouper Teochew Style. This dish was rather a disappointment - Cukai being a coastal town, one would have expected the fish to be fresh; but this fish wasn't. It tasted like the fish had been kept in the freezer for quite a while. Also, oddly Tong Cheng did not serve a wide range of seafood; we asked for clams but they did not have it. The Teowchew style gravy was okay but it lacked a good fishy taste on account of the un-fresh fish. 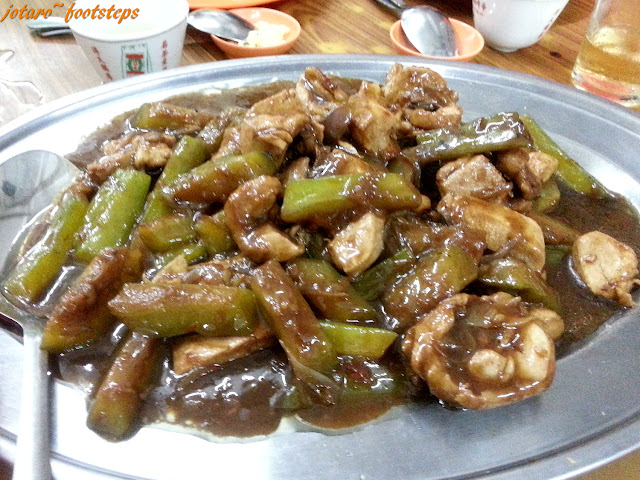 Stir-fried Bitter Gourd With Chicken.
With big chunks of chicken fried together with bitter gourd that were actually bitter (these days many of the bitter gourd hardly taste bitter at all), this was a good dish. The slightly thicker gravy was also very nice, with a tinge of bitterness seeping into it. 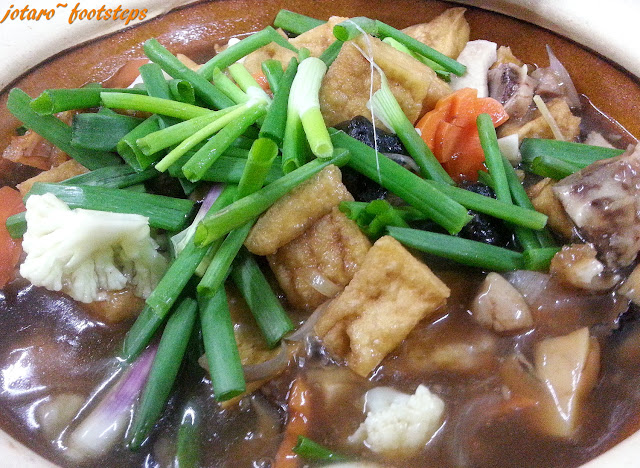 Clay Pot Tofu With Mixed Vegetables.
A dish that should not be missed, one which reminded me of my mother-in-law's good cooking. Pre-fried tofu is cooked in a gravy full of mixed vegetables (cauliflower, carrots, lotus root, mushrooms)  and embellished with long cuts of spring onions. And inside were a treasure of small cuts of roast pork, with their crusty skin soaking up the gravy to become nicely bitey. 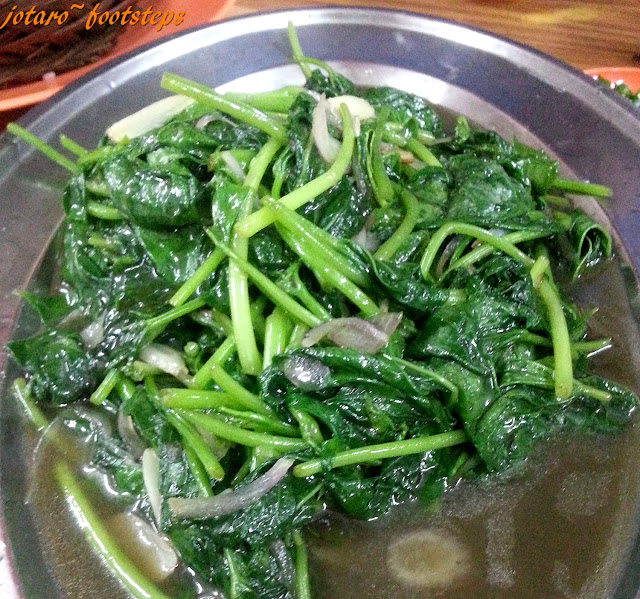 Some green vegetables simply stir-fried with cuts on onions. The gravy had some anchovy base. 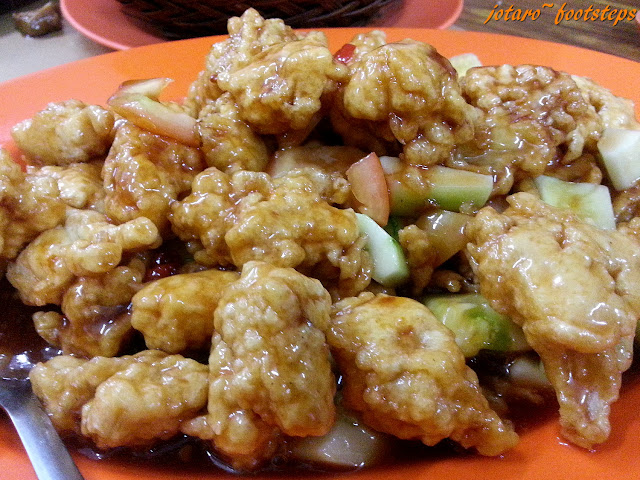 Sweet & Sour Pork.
Another of our favorites, with the pork coated in batter before being deep-fried and then stir-fried with cuts of cucumber, tomatoes and cucumbers in a tomato puree gravy. Lovely! 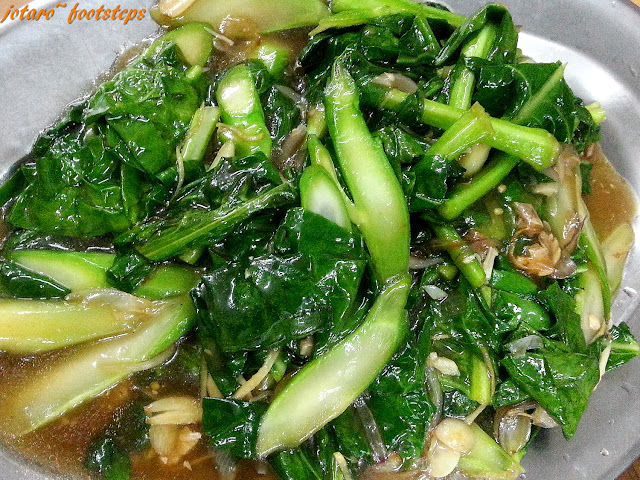 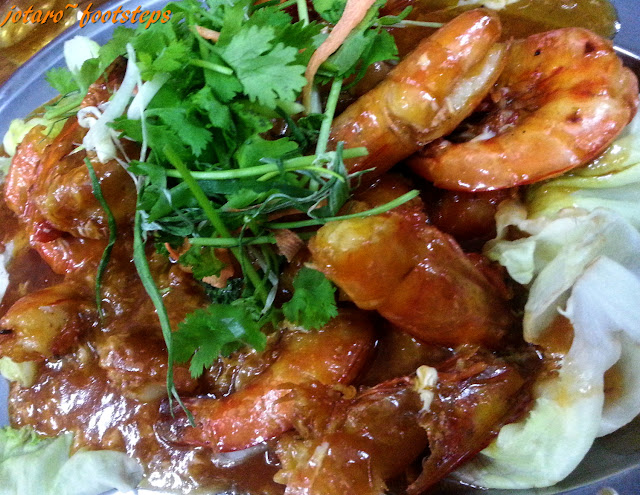 At the king of the evening - Har Lok Prawns!
The prawns used here were fairly large sized and were cut into halves - a head portion and a tail portion. Unlike the fish, the white-shell prawns used for this dish were super fresh. The gravy base was slightly different from the usual Har Lok as it had some tomato puree base which had me mistaken it for sweet & sour prawn; but it just made this dish all the better. In fact the gravy was so nice we ordered white rice to go with it.

To cap off this nice dinner; a bottle of single-malt Glenlivet whiskey, just nice for a cool rainy evening. 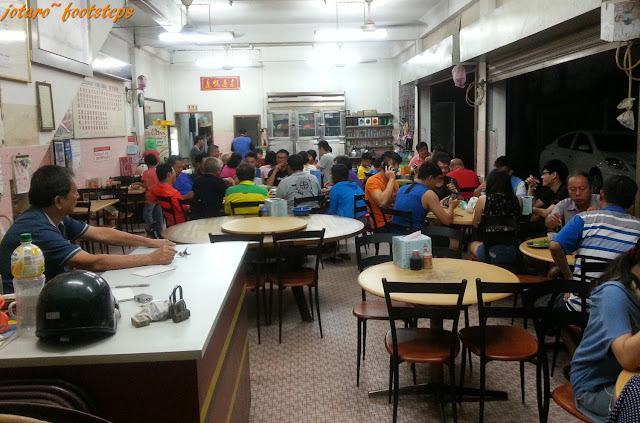 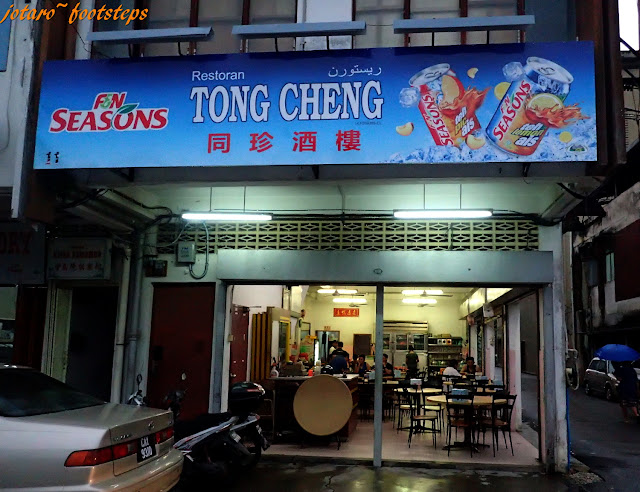 You are at - Jotaro's Blog / Footsteps / YummY! / Chinese Food / Kemaman Good Home-Style Food @ Tong Cheng Restaurant Cukai
If you like this, view my other blogs at Jotaro's Blog
(comments most welcomed below. if you like this pls share via Facebook or Twitter)
Posted by Jotaro Zen at 7:02 PM