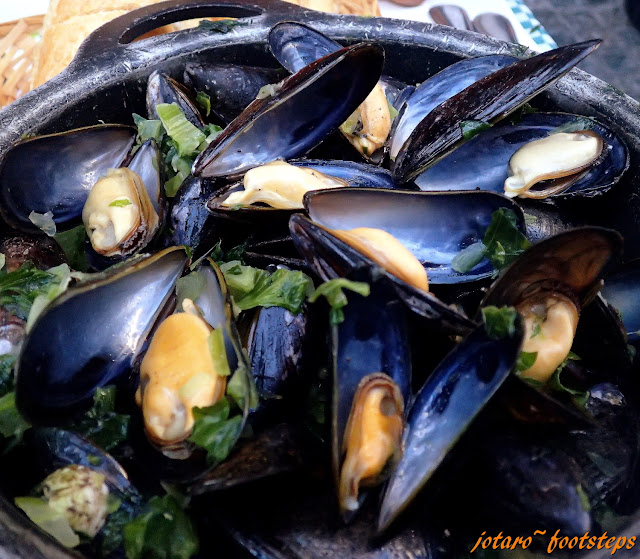 Brussels, Belgium - September 2016
We were on a tour of Europe and spent a few days in Brussels; and as they say while in Brussels on must not miss their mussels, waffles and fries. After a walking tour of the city, our appetite had built up and it's time for mussels. We ended up at the highly recommended Chez Leon. 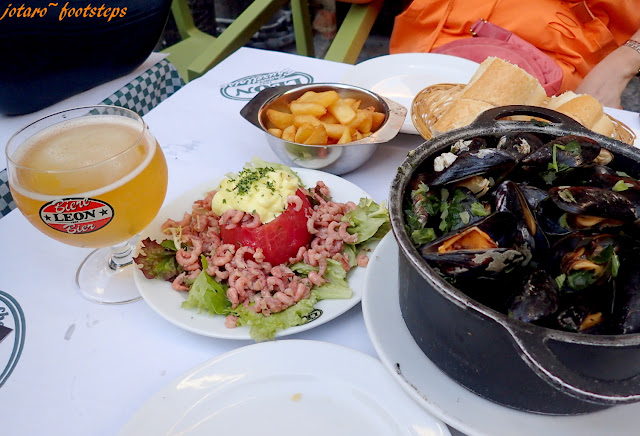 They have a simple menu without to many confusing choices, from it we ordered the Coplet Leong mussels set priced at €34-30 inclusive of taxes. The set came with a bowl of Belgian Fries (Frites; not French Fries as the Belgians will tell you), a plate of shrimp salad, thick slices of crusty baguette, a glass of Leon's beer, AND a big pot of mussels! 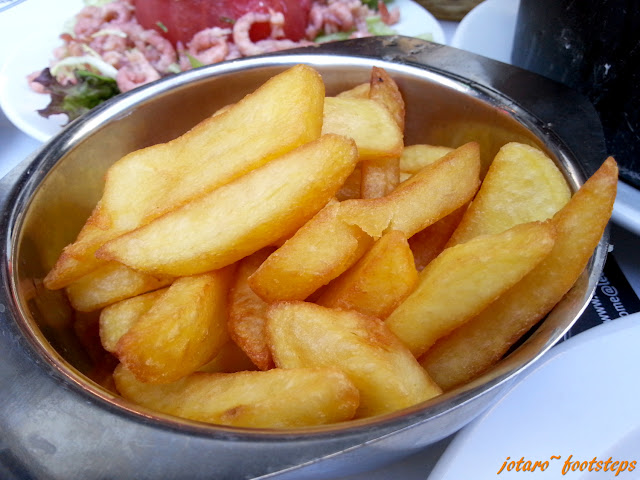 The fries are thicker, with a crispy skin, fluffy inside and had a good potato taste.  Truth to tell, they were good but I really could not differentiate them with the British chunky chips. 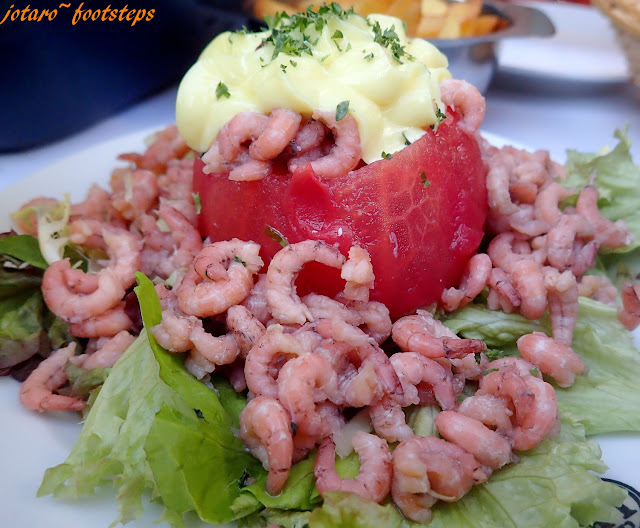 The shrimp salad came with lots of small shrimps, some stuffed in a hollowed out tomato till overflowing. It came with some greens and mayonnaise. 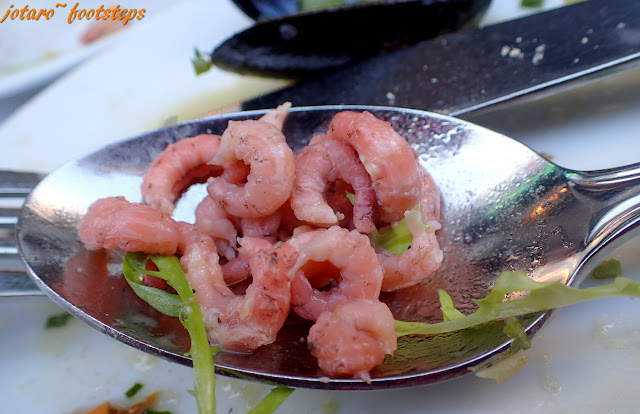 The shrimps are small indeed, a few of them could fit into a table spoon. It's best to take a few at a time so as to get that prawny taste. 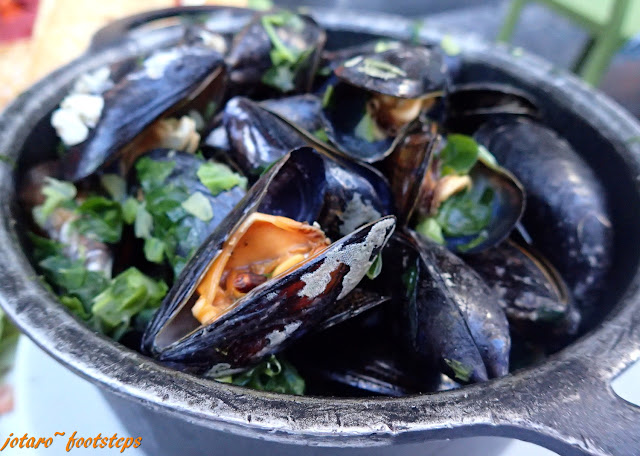 And here comes the mussels in a large pot. There are about sixty of them in the pot; one one request for several ways to have them cooked, but the best is just a simple steaming with with shallots, garlic & thyme saute in olive and garnished with parsley.
(... click here for a steamed mussels recipe) 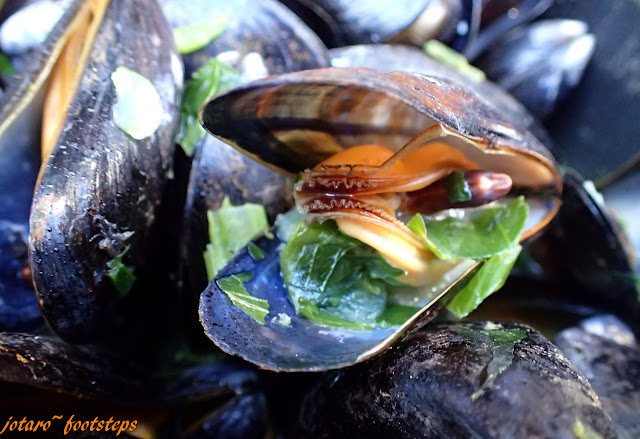 This simple way of cooking does not mask the sweet flavours of the mussels. The light flavoured herbs and oil, complements the sweetness with a tinge of the aroma. 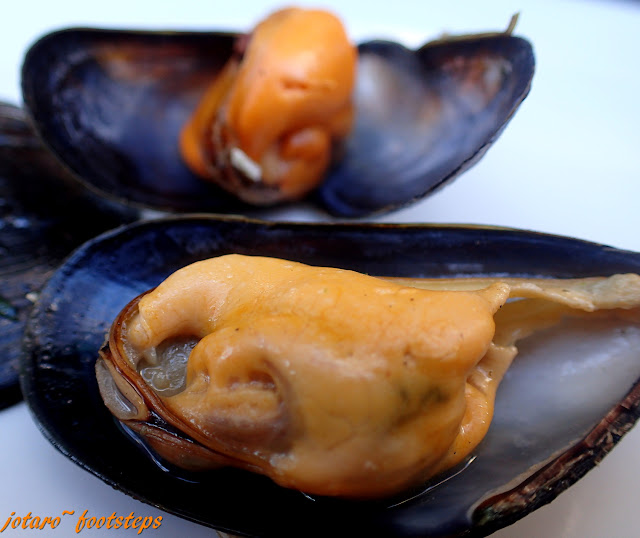 The mussels are very sweet and tender, and between the two of us we managed to whack the whole bucket; at the next table some patrons were having one bucket each! 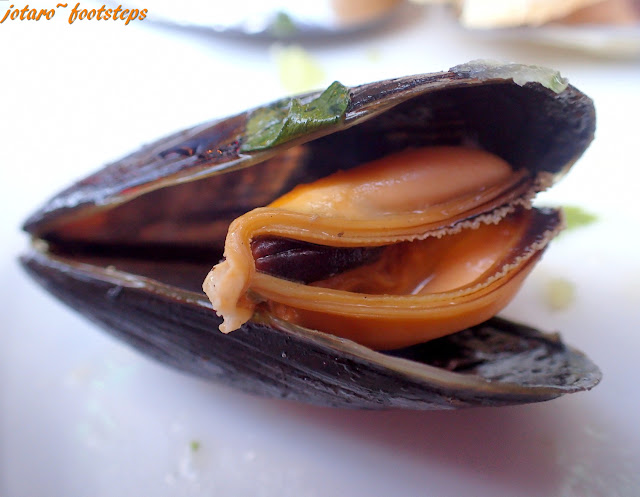 Brussels mussels are smaller than the green-lipped ones, which brought me to the question of the Brussels Mussels Tussle; a question of which one is better.
Both have their good points, the Brussels ones although smaller are sweeter. While the green-lipped ones are bigger and juicier. But alas! Brussels mussels are not from Belgium as many would have thought, they are imported in from Holland. There are shops selling mussels in Amsterdam but not as many as in Brussels; I guess the rhyming name does play an important, attractive part. 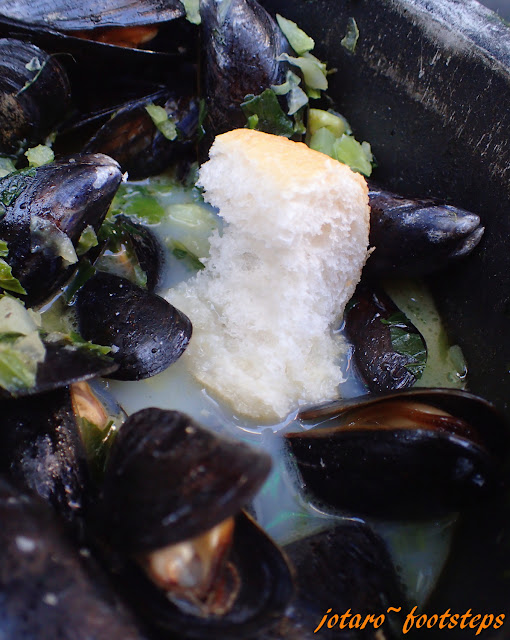 If you find the crusted bread a bit hard, dip them into the sauce, adds a good taste to the bread. 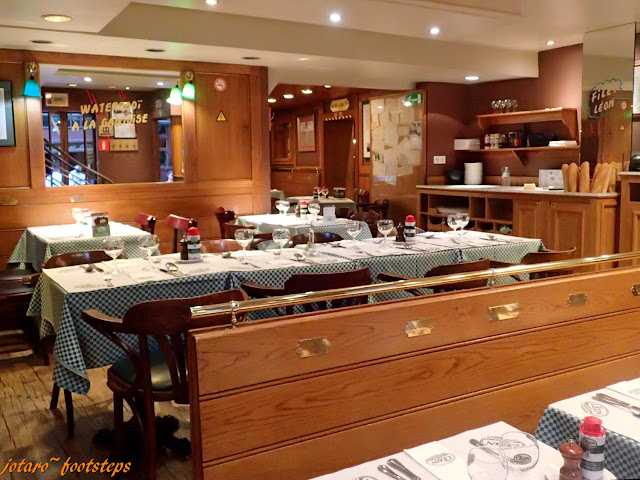 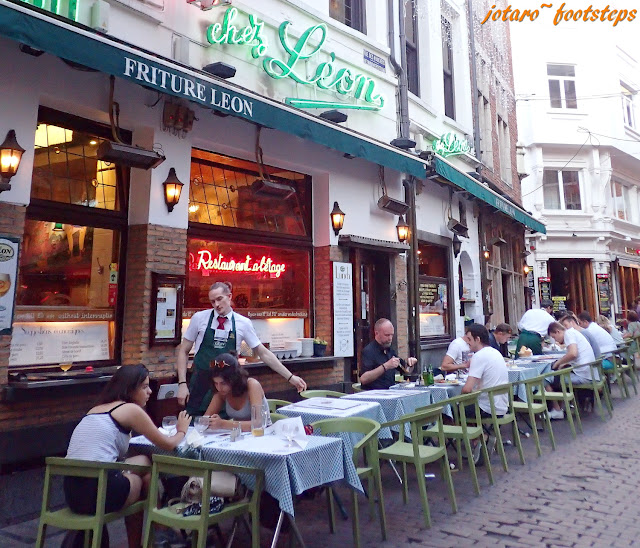 ... and also tables lined onto the street for al-fresco dining. 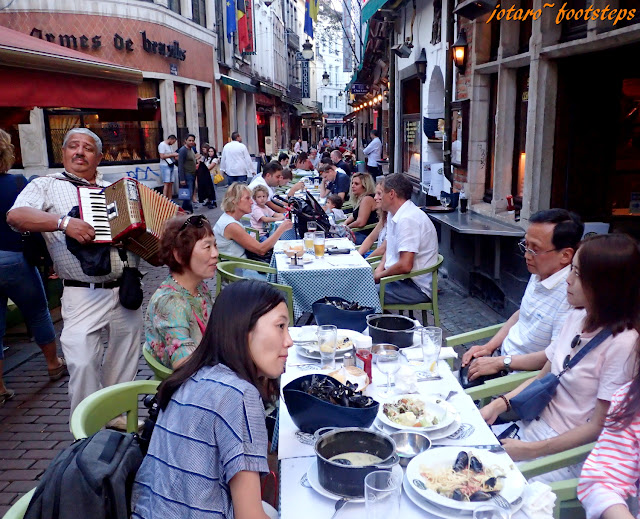 Most preferred sitting out in the streets, dining while watching life pass by and accompanied by music provided by some street artists. 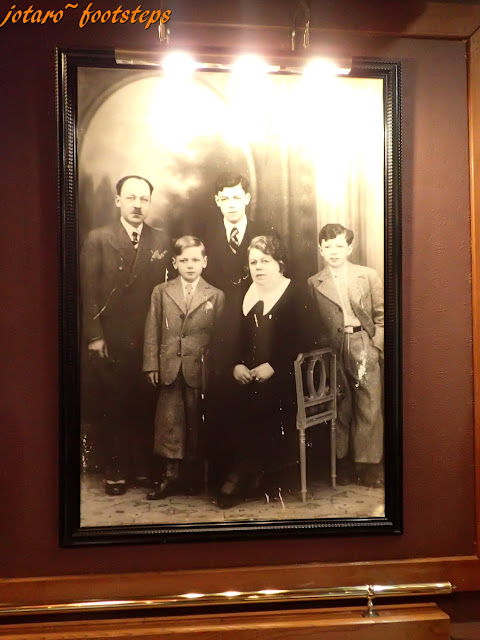 Chez Leon has been around for more than a century; on the walls of the restaurant are old family photos that attest to this.


Below are a pick of some of the recipes (mostly set meals), pricing and menu items are correct at the time of this blog.

The Complet Leon set that comes with mussels, shrimps, fires and a beer.

The Oyster set and Oysters Menu. 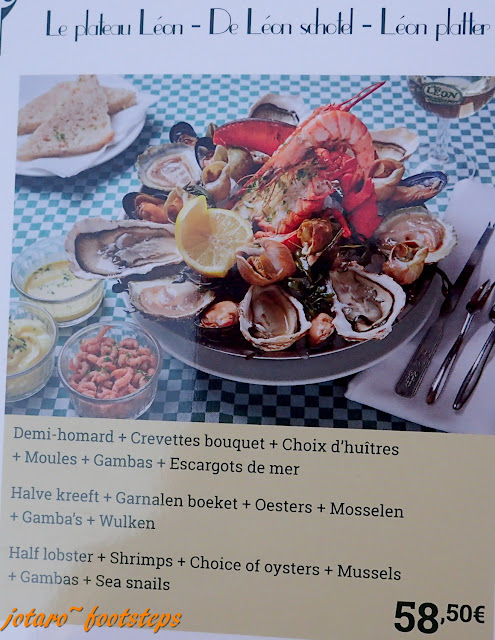 Leon Platter with a good range of seafood that includes mussels, half a lobster, shrimps, oysters, gambas and escargots.

You are at - Jotaro's Blog / FootSteps / YummY! / Europe 2016-Western Food / Brussels Mussels @ Chez Leon Belgium
If you like this, view my other blogs at Jotaro's Blog