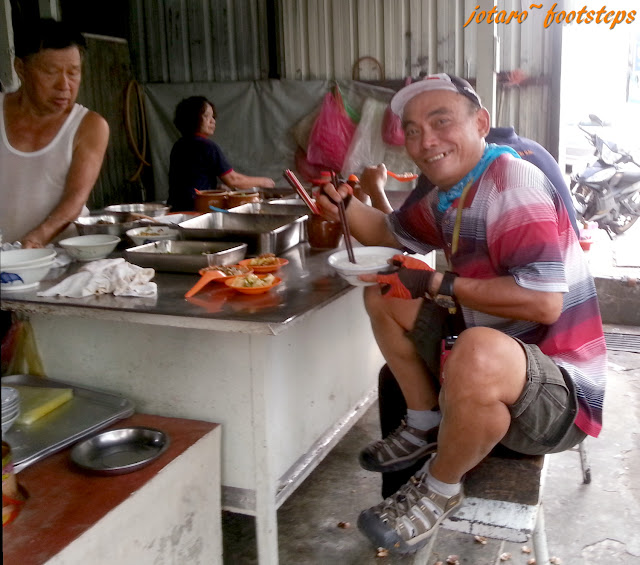 George Town, Penang, Malaysia - March 2016
Squatting down to eat, now this is either a cute thing to do or a difficult and funny way to eat! Well, it's not actually squatting down per se, patrons to this stall sit on stools (locally called bangku) that are put on long benches to eat the porridge served by the vendor. They sit on the bangku and fold their legs up to put onto the bench in a squatting manner. For casual visitors and tourists (like me) it's a quirky memory; but for regular patrons, it is a style that goes with their daily lives.
There were a few of this type of stalls in Penang decades ago and they were mostly patronised by trishaw pedallers and there is a reason for them to eat this way. After long hours of pedalling their trishaws, their legs ache and the squatting position pulls their leg muscles back, offering some comfort to their tired legs. 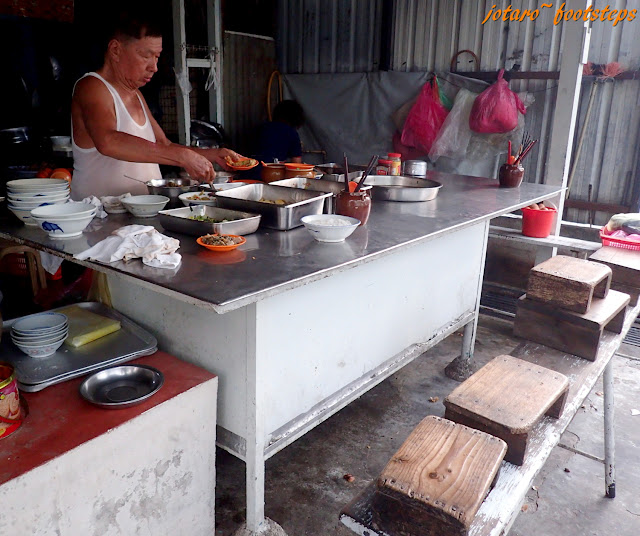 The stall is small, occupying a small light pastel blue counter next to the next to the Bee Hong Coffee-shop at Jalan Magazine. It's easy to miss, look out for the 1st Avenue mall, it's opposite. This place had a colourful history, back then Jalan Magazine was called Thau Tiau Lor which meant in local Hokkien the "First Road" as it was the first road running after the Prangin Canal (it was an open canal back then). It was the first of seven parallel road after the canal and the area was called the "Seven Streets Precinct" and was then a rather notorious gangster area. These days, the area is an extension of the George Town UNESCO Heritage Zone, the gangsters are gone and have been replaced by boutique hotels and quaint modern eateries.
(Correction: There are actually nine roads starting with Jalan Magazine and ending with Lebuh Sandilands. See the comment below by a helpful reader, perhaps this area should then be called the Nine Streets Precinct.)
The stall's operator is a seventy-five years old man and has been running the place for almost forty years after taking it over from his father. Let's hope his stall won't be replace by those quaint modern outlets. 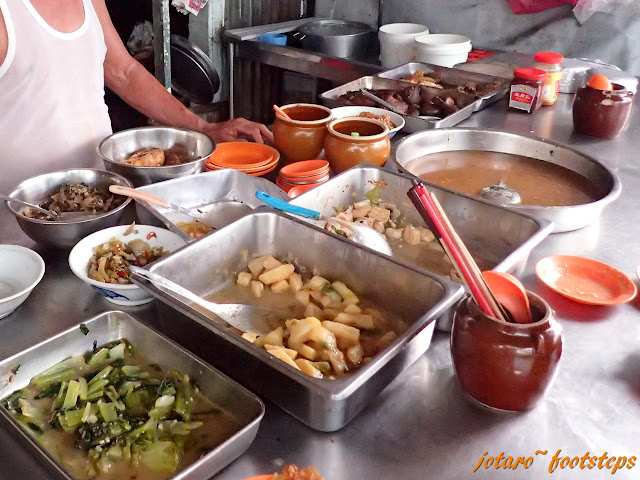 They offer a good range of simple home-cooked dishes. Having flown in from Kuala Lumpur, and having had a leisurely cycle jaunt down from the Bayan Lepas airport, I was there close to 6:00pm, past their normal operating hours and was lucky that the stall was still opened, although not that much dishes were left. 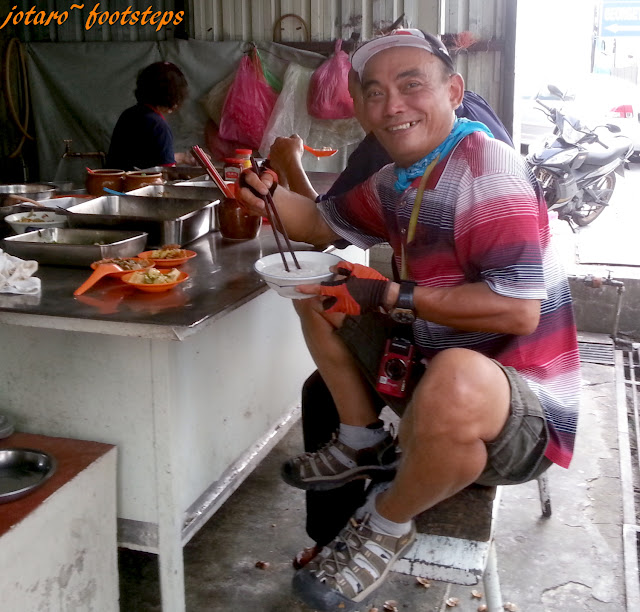 Here I am sitting on one of the bangkus with legs squatting akimbo. Squatting there with my tired legs made me realise how the trishaw-men must have felt; the squatting pulled back my leg muscles, stretched them and slowly relaxing them 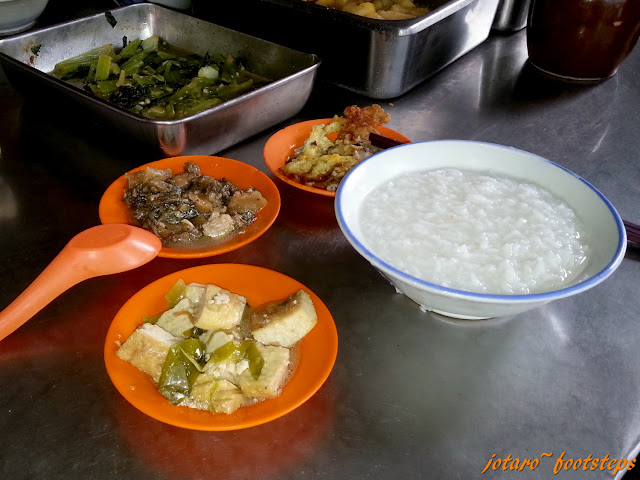 Here's what I had (from left to right):
- white taukuah bean curd stir fried with leek. This was a simple dish with the slight bite of the leek leaking it's flavour into the bean curd.
-  mui choy stir fried with slices of pork. The salty flavourful gravy went very well with the two bowls of white rice porridge that I had.
- omelet fried with slices of large onion.
And IT'S CHEAP; this dinner of mine just cost RM3-80 (less than one USD)! 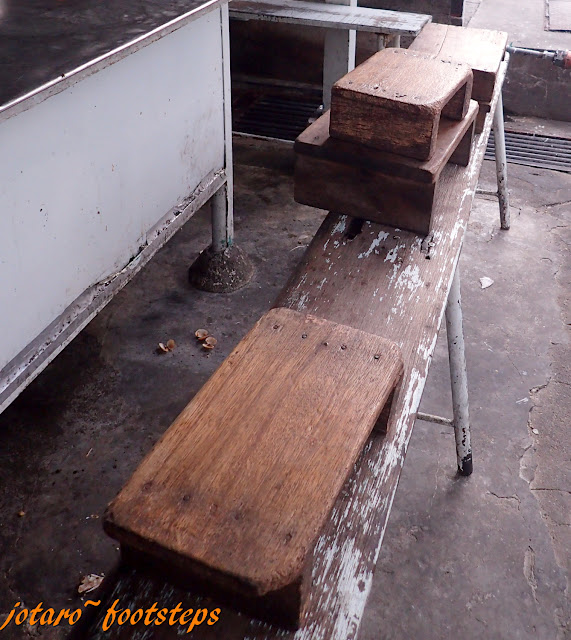 There used to be several stalls of this kind here and also a few at Kampung Malabar. Sadly this is the last stall left and may be the last of it's kind as the old man's children are reluctant to take over the stall.
So quickly visit it and enjoy the experience; the bangkus are there waiting... but not for long!


You are at - Jotaro's Blog / FootSteps / YummY! / Chinese / Squatting Teow Chew Porridge @ Georgetown Penang
If you like this, view my other blogs at Jotaro's Blog
(comments most welcomed. if you like this pls share via facebook or twitter)
Posted by Jotaro Zen at 9:53 AM