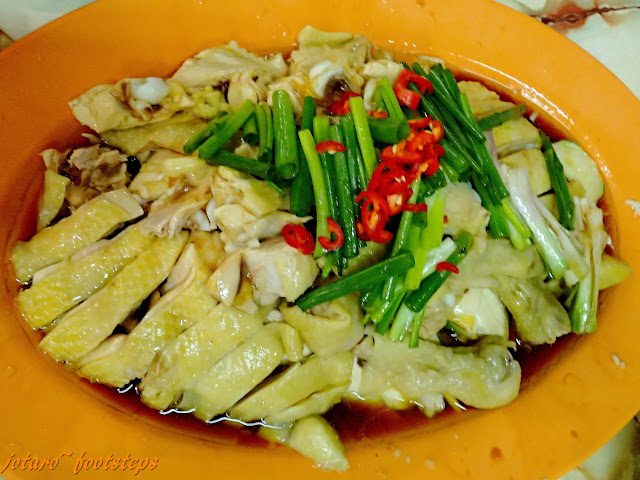 Buntong, Ipoh, Perak, Malaysia - March 2016
We were up for a cycling event in Ipoh and while up there we definitely had to go hunting for good Ipoh food. Our hunting was made easier with our buddy Jason, who hails from the city, taking the lead to show us foodie places which the locals frequent, i.e. less out-of-the town crowd. He had us try renown egg tarts from Kampong Simee... and also this good Buntong Bean Sprout Chicken (in local Cantonese lingo - Nga Choy Kai). 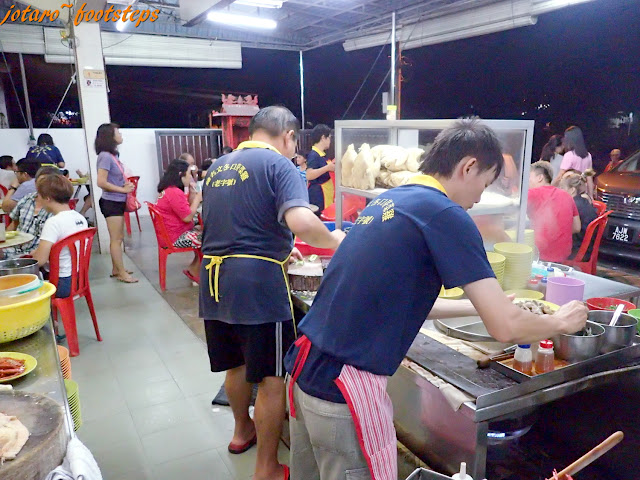 Buntong is a suburbs of Ipoh not to far from the old town, about 15-20 minutes drive away. The Buntong Chicken shop is operated by Mr. Ngo and his family at their residential house at Jalan Guntong. Jalan Guntong at Puntong has a ringing rhyme to it and should be easy to remember.
Patrons sit at tables laid out at the front and one side of the house; do go early as by about nine-ish they could have finished. 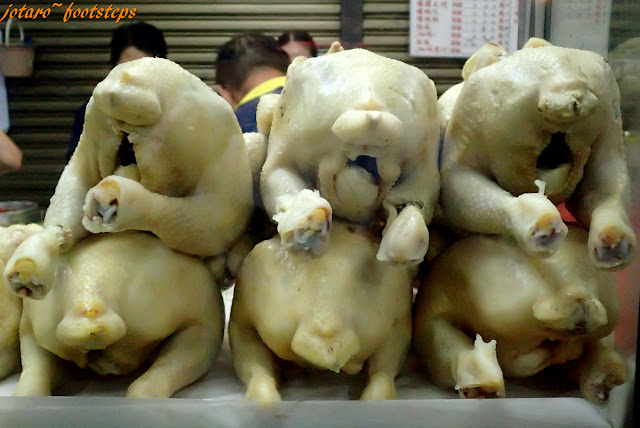 Even though Jason had called ahead, we did have to wait a while to get our seats. The calling ahead was more to reserve the chickens for us. These were the chickens that were left when we reached the place at around eight... ok... not the best of photos this one, but it looks cute. 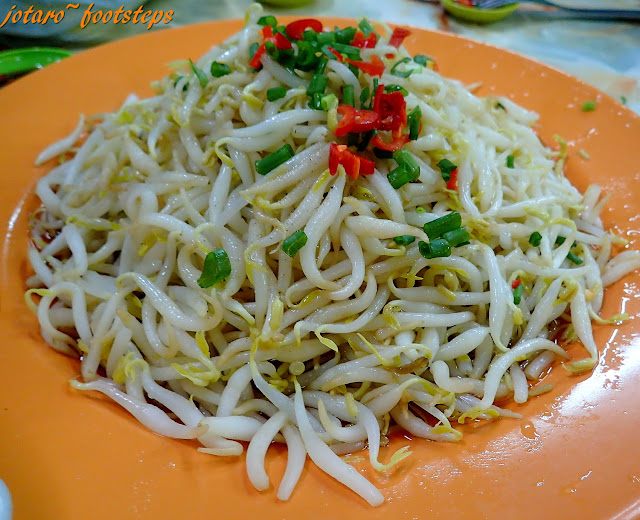 First to come was this plate of bean sprouts, piled up high and garnished with small cuts of spring onions and chilli. This is the famous Ipoh nga choy (bean sprouts) which seems to be world renown. Its thick, slightly stubby and crunchy properties comes from it being grown with water from Ipoh's surrounding limestone hills. Locally it is called taugeh, so the chicken dish is called Taugeh Ayam in Malay.
The bean sprouts were just given a quick drenching in boiling hot water so as not to overcooked them and thus maintain their crunchiness. We were hungry from our cycling and finished the large platter of bean sprouts even before the chicken could come, luckily they had ample supply and we ordered a second round.
(Click here to see a video on the growing of these Ipoh bean sprouts) 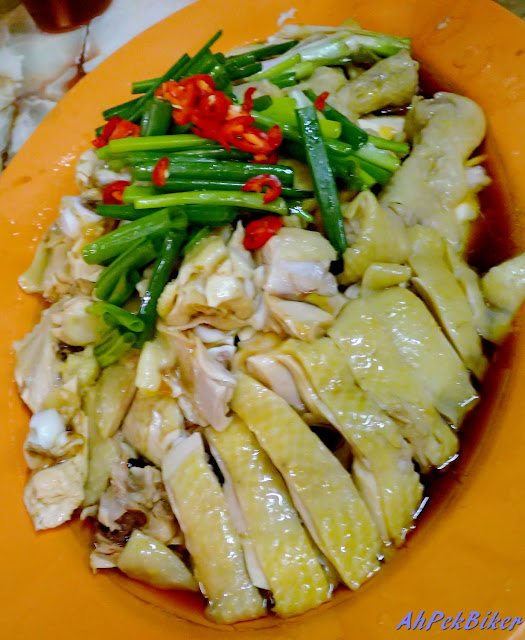 The chicken came, de-boned and looking very delicious garnished with long cuts of spring onions and some cut chilli. The good thing about the chicken served here is that the skin is not thick, and it was so nicely done that it comes out silky smooth. The meat was nicely cooked, tender and juicy. 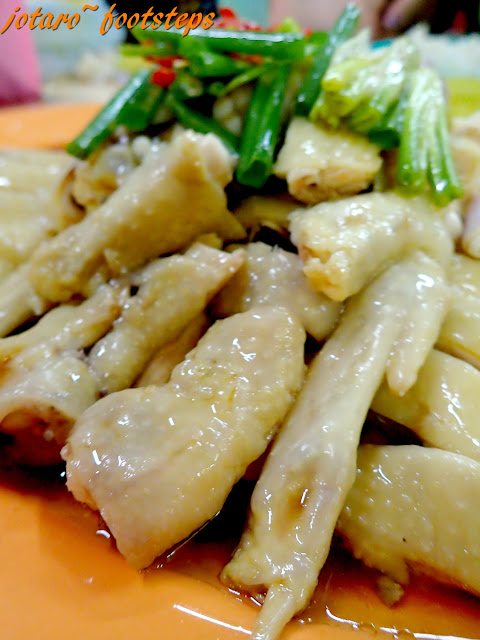 Here's a closer look - looks delicious doesn't it!
A soy sauce-oil mix is used to bring out the flavour of the chicken and at the same time fives the skin a silky sheen. 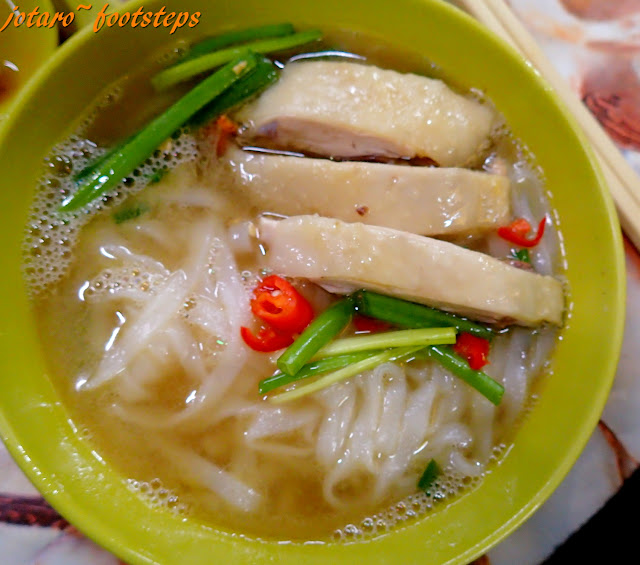 The chicken and bean sprouts are usually eaten together with some noodles, either the "kon-loh" or soup variety. I went for the kway teow soup, adding pieces of chicken and some bean sprouts to pep it up. The soup was great... 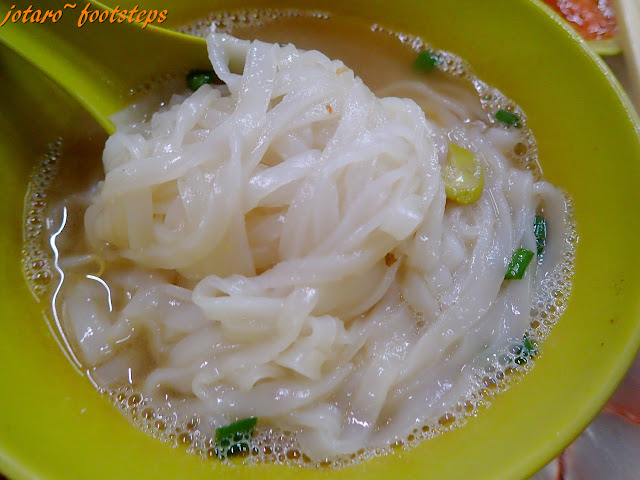 ... and the kway teow was the expected Ipoh hor fun type - one of a thinner and smooth variety. 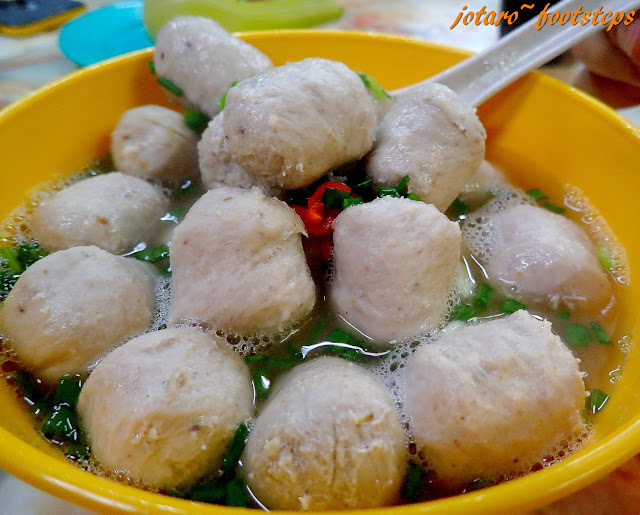 They also serve meat balls soup here, these very tasty and with a good bouncy bite. 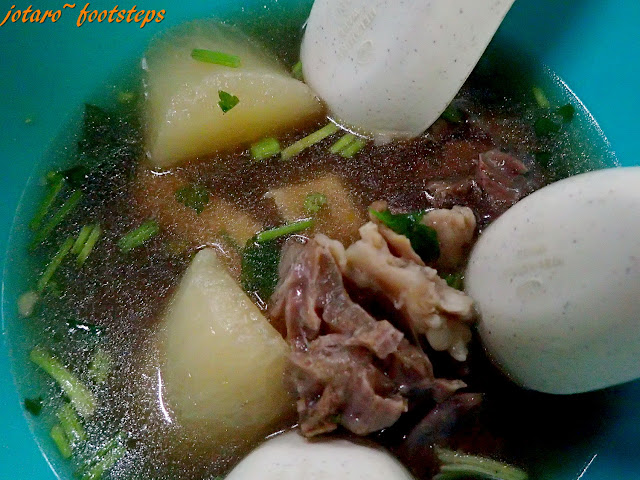 Our friend Gino, who was also familiar with good Ipoh food, went to a shop a couple of doors away to bring back packets of beef soup (Ngau Lam), claiming that this Buntong Beef Noodles is Ipoh's best. He was right, it was very, very good.... it will be our next target destination when we come up to Ipoh next! 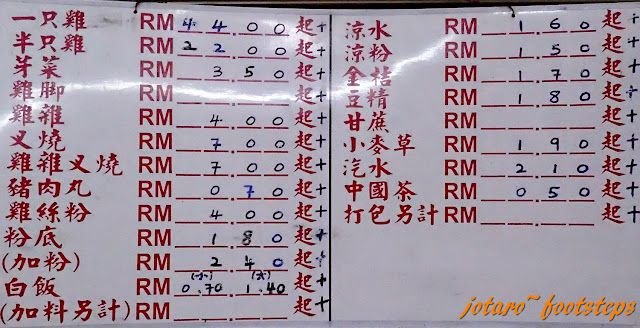 Their price list, on a white board hung up on one wall. It's in Mandarin.


You are at - Jotaro's Blog / FootSteps / YummY! / Chinese / Best Ipoh Nga Choy Kai (Bean Sprouts Chicken) @ Buntong
If you like this, view my other blogs at Jotaro's Blog
(comments most welcomed. if you like this pls share via facebook or twitter)
Posted by Jotaro Zen at 9:06 AM