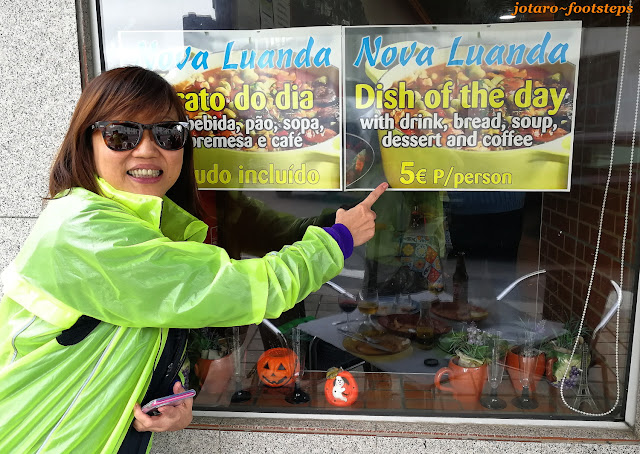 Porto, Portugal - October 2019
It's our first time in Portugal, and we where there for a 3-weeks cycling tour after landing at Porto. And our first taste of Portuguese food was at this second largest city in Portugal. 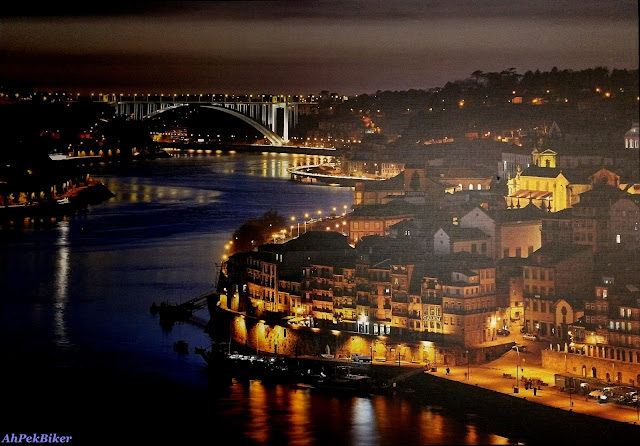 In a way it was good, although a large place, the city had retained it warm neighbourliness and old look. The people are friendly and most of the buildings are quaintly old and conspicuously colourful.
Ok, I detract, let's get back to the food. We ate at several places, but these two are the most memorable, and interestingly on the opposite ends of the spectrum. One is a small place called, catering mainly to the working class locals, and served down to earth Portuguese dishes cooked by mama! The other is slightly up-market and often caters for tourists who wants to try out one of Porto's renown dishes, Francesinha. 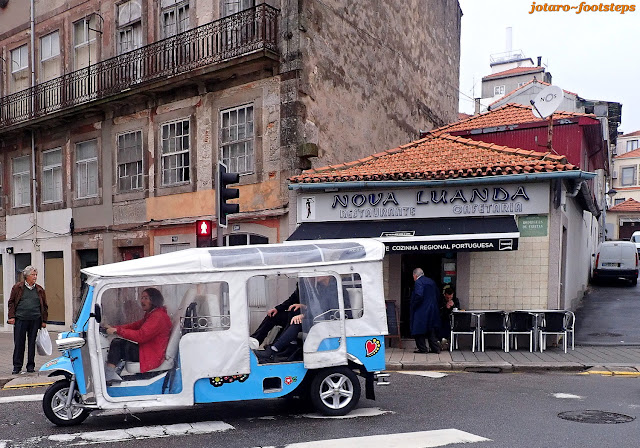 Let's see what we had at Restaurante Nova Luanda. We discovered this nice, little neighbourhood restaurant by chance, we were actually looking to forward our luggage to some cities in Spain at an adjacent a courier shop. 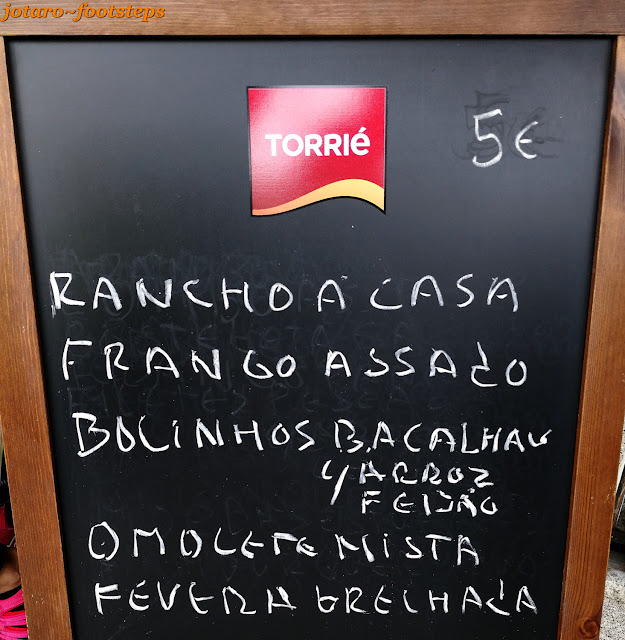 What attracted us to this shop was their posters that shouted out a meal for an incredible €5-00 per pax. And it was not just a simple one dish meal. It was a set meal that include a soup and bread starter, a selection of main course, desserts and coffee! Their menu changes daily and the main course is written in Portuguese on a white-board displayed at the front of their restaurant. The varying menu encouraged us to come back again to eat the following day. We were not the only regulars, their loyal clientele are mainly local workmen; we were the only tourists eating there. 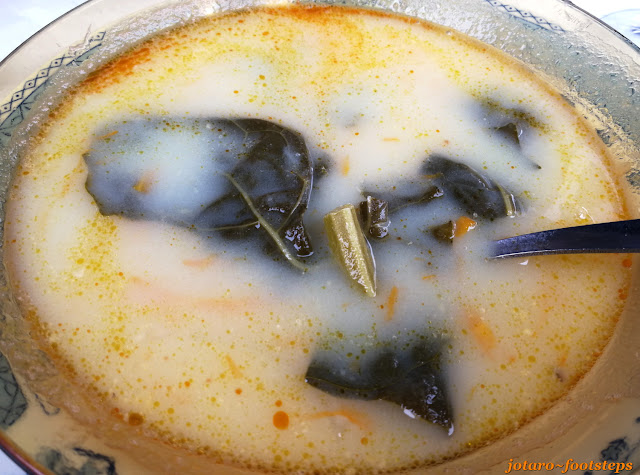 We started off with a simple potato soup, it's a light creamy soup with some strips of carrots and potato leaves. It may not look like much, but on that cold morning, this warm soup was indeed very welcome. It was more than welcome the place was full and we sat el-fresco on tables laid outside, making us feel even more chilled. 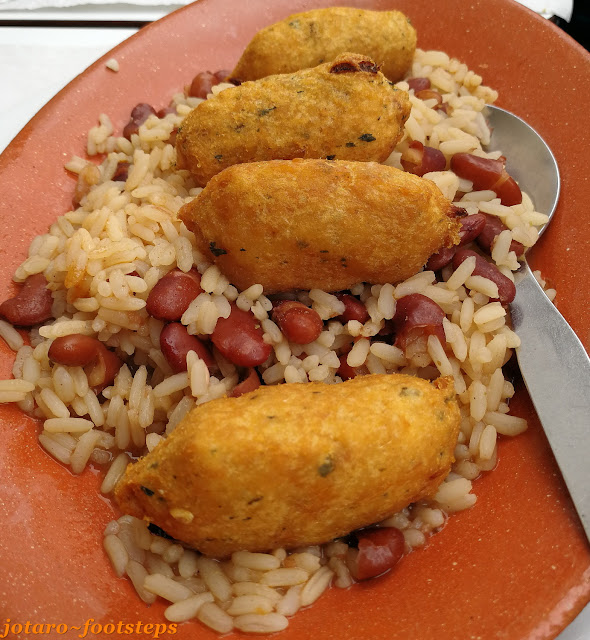 This main course is bolinhos de bacalhau (cod fish cake/fritter) served on a bed of popular Portuguese staple - rice with red kidney beans. Their helpings are large, large enough to attract the local workmen.The fritters were tasty, with enough fish to give that fishy taste. 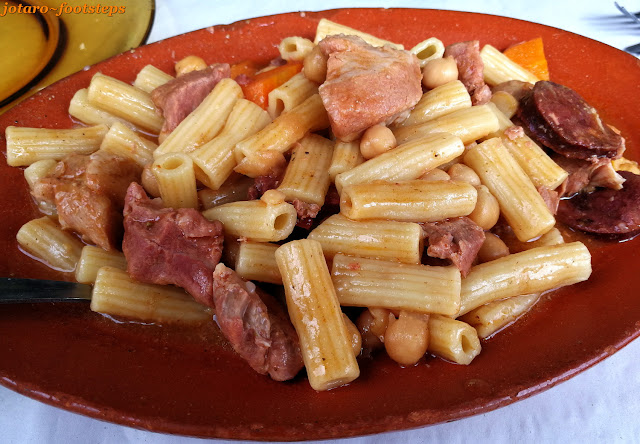 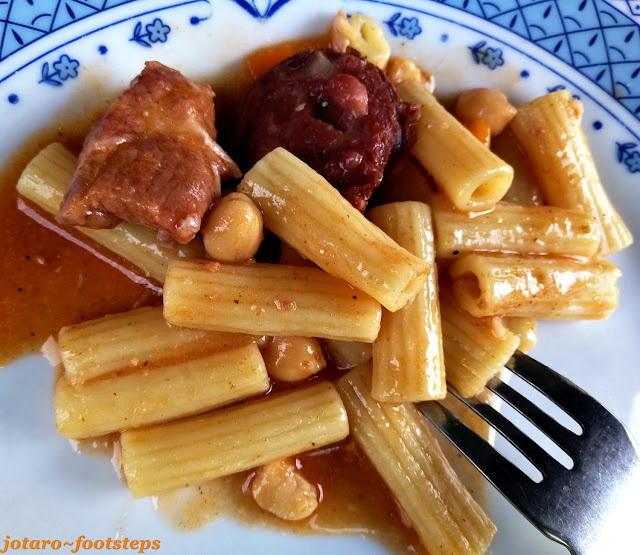 The sausage is a very tasty Linguiça, a form of smoke-cured pork sausage seasoned with garlic and paprika. The garlic and paprika gives a cheeky bite to the tongue. Chick peas add some powdery consistency to the dish. 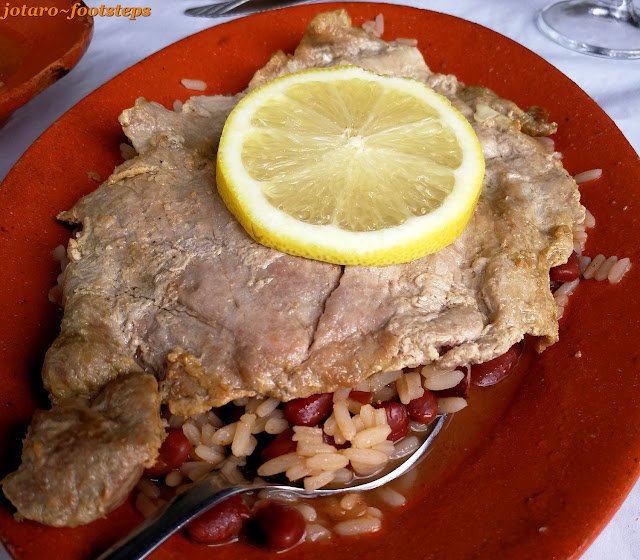 Pork chop was also served with - rice with red kidney beans. The pork fillet was a lean cut, well pan-fried and served with a slice of lemon. Squeeze the lemon juice onto the pork or rice for that extra oomph! 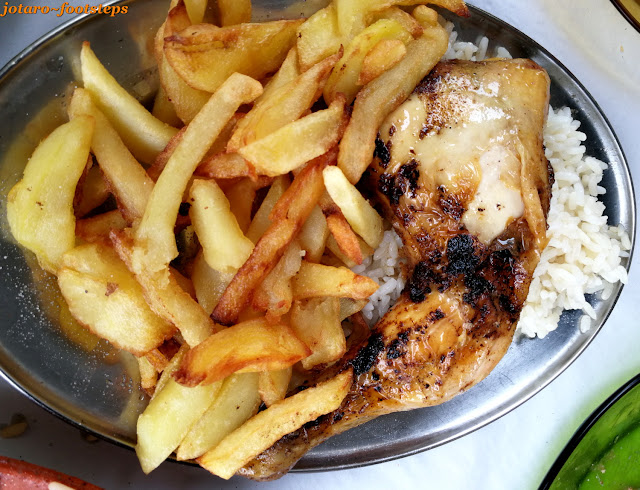 Roast Chicken with lightly buttered rice and potato fires.The chicken cut was surprisingly not breast meat but a full drum stick which we Asians preferred. It was just nicely roasted to give a good burnt aroma. Luanda's chips is one of the best, crispy on the outside and soft on the inside and its buttery flavour tasted better than the frites I had in Belgium. 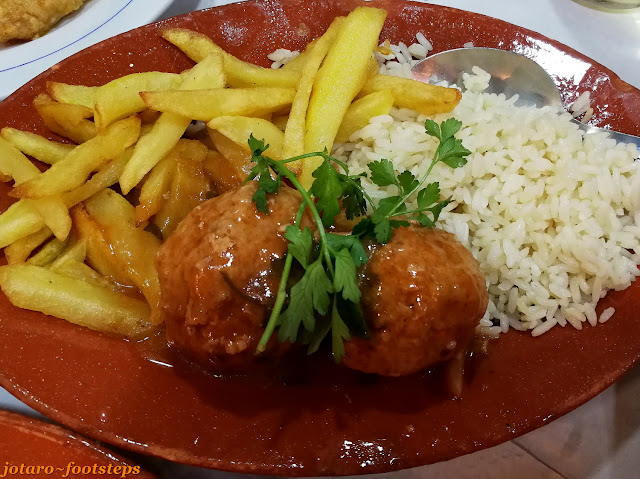 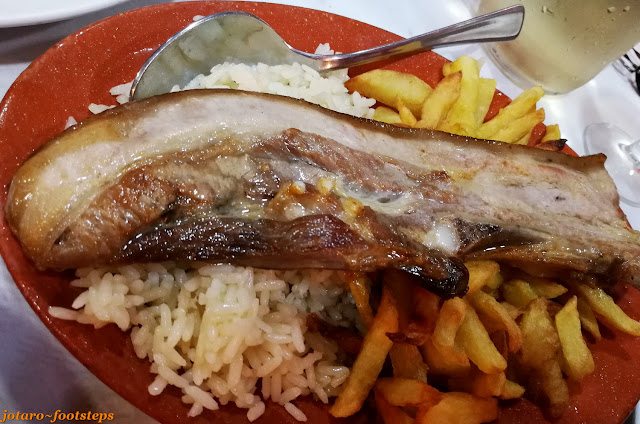 Pan-fried pork belly. This one is very good, well seasoned; would have been perfect if the skin was more crispy crunchy. 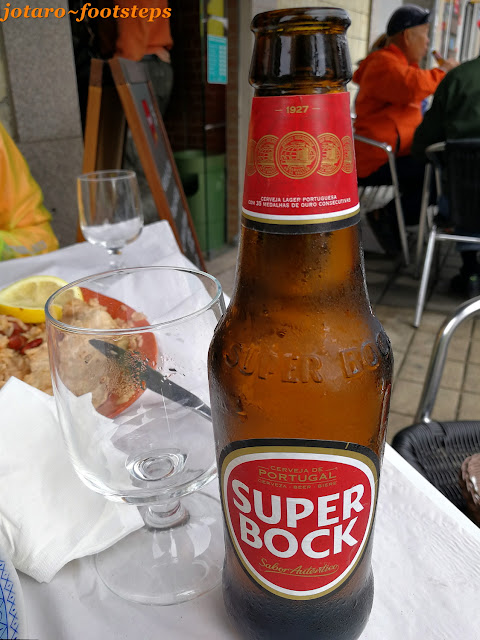 For drinks some of us had this popular Porto beer, Super Bock. Others had fruit juices or wine - we were surprised to find the wine served in a jug, and these were good Douro red wine!
Coffee is served as a separate course over the drinks, and if one is not up for coffee, they can replace it with some pastry.
AND all of these at only €5-00 per pax!
We really wondered how they could make a profit! It's probably because they are a family run place, with the son being the up-front PR man and taking orders, mummy and aunty the chefs, and Big Daddy running the cashier counter! 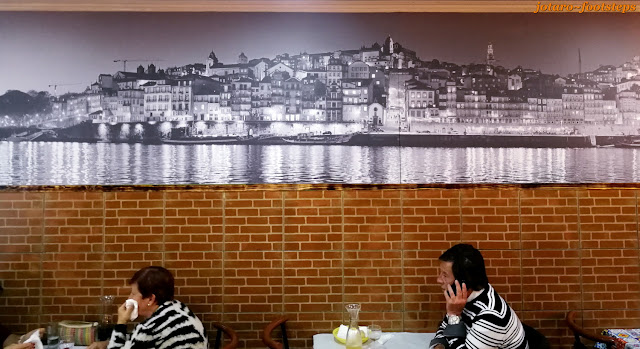 You are at - Jotaro's Blog / Footsteps / YummY! / Western Food / Good Home-cooked Portuguese Food In Porto
If you like this, view my other blogs at Jotaro's Blog
(comments most welcomed. if you like this pls share via facebook or twitter)
Posted by Jotaro Zen at 2:24 AM