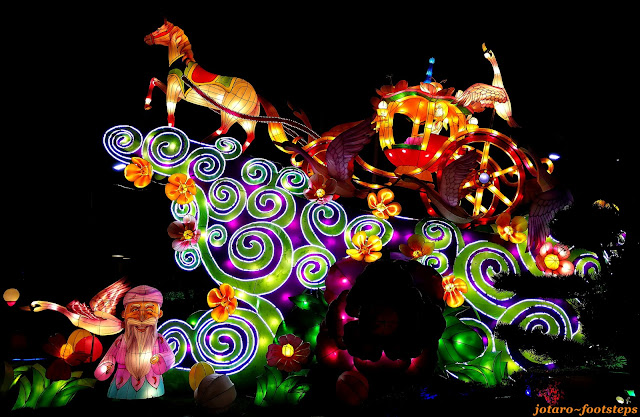 MBI Desaku Park, Kulim, Kedah, Malaysia - March 2019
During a cycling tour of the Northern States of Peninsular Malasia; we managed to visit a beautiful park at the outskirts of Kulim, called MBI Desaku! This park, is very well done up and is spread out in the various gardens of a residential development.
The best time to visit is during dusk when the colourfully lit displays are at their best against a dark blue background changes to black as night sets in. The park is divided into several themed sections, this is the section showing the Fairy Tale Garden. Enjoy! 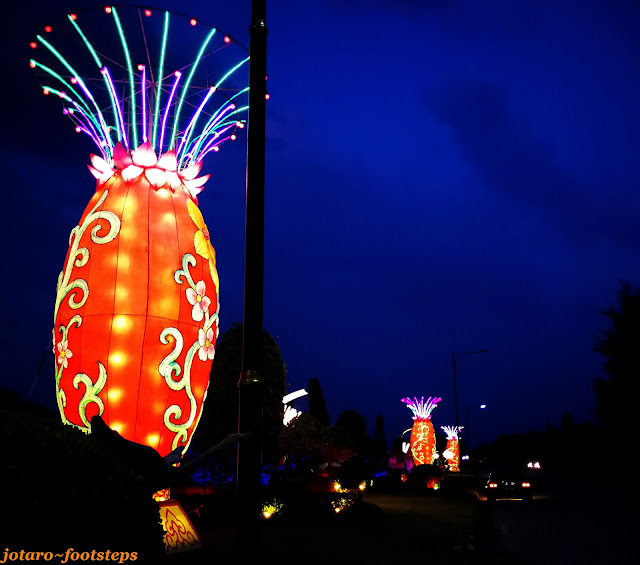 From the Wonders of the World Garden, we head for the Fairytale Garden with a walk down an avenue lined with bright giant "pineapples"..... 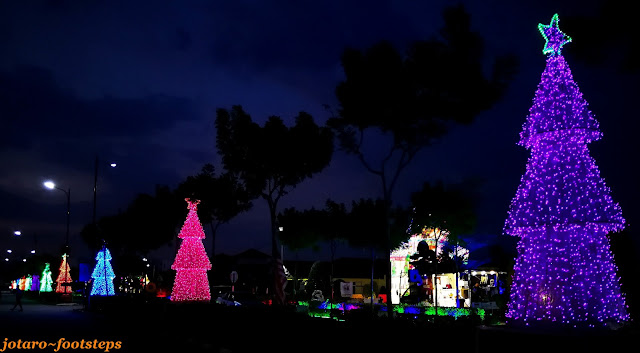 .... and then one with christmas trees made from myriads of small colourful lights. 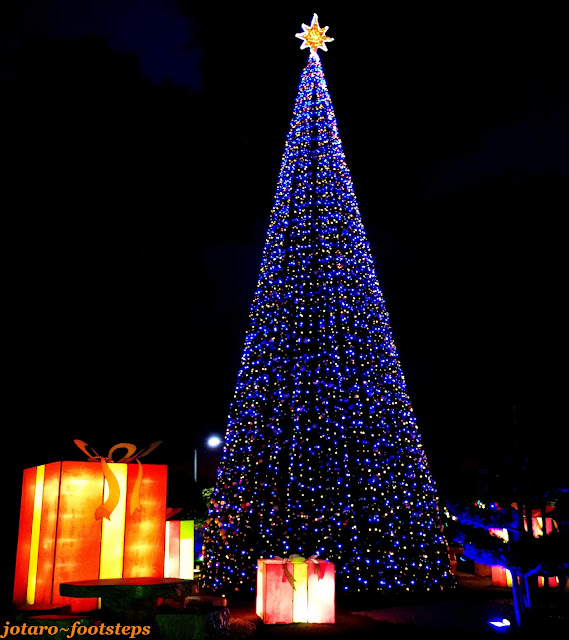 And below some of these christmas trees were presents; we wondered whether any were for us..... but the whole beautifully presented gardens here was already an early, very early Christmas present for all of us. 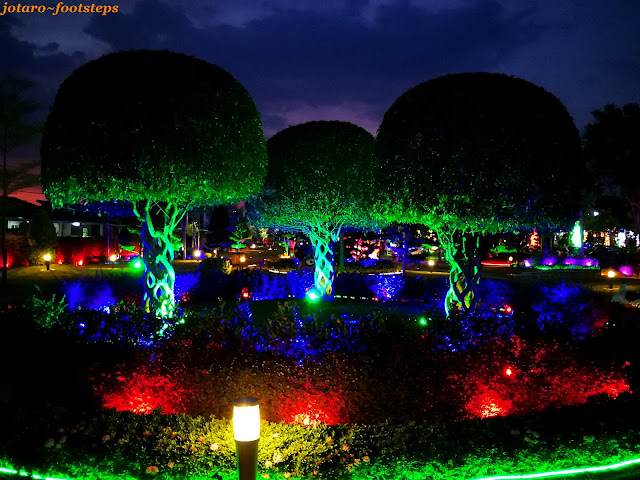 These Ficus trees with intertwining braches were a prelude to the fairytale garden, the shone eerily like an enchanted forest. 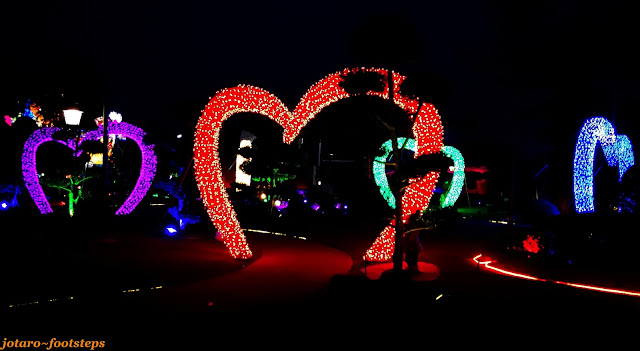 But fear not behind them were giant hearts to cheer us up, warming us for what were to come next. 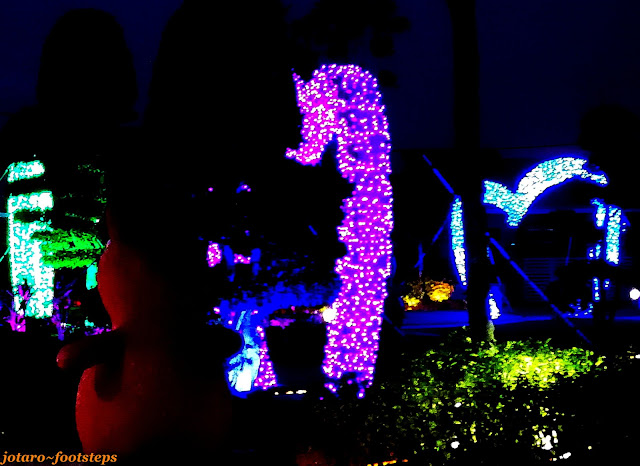 At an angle, a shadowed heart looked like a sea-serpent raising it's head over the waves! 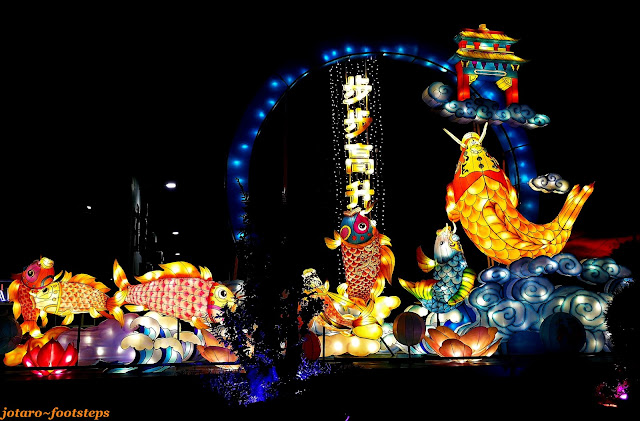 But all is good as just behind them the fairytale starts with these koi, fishes that are often mentioned in Chinese folkore and Japanese folklore. 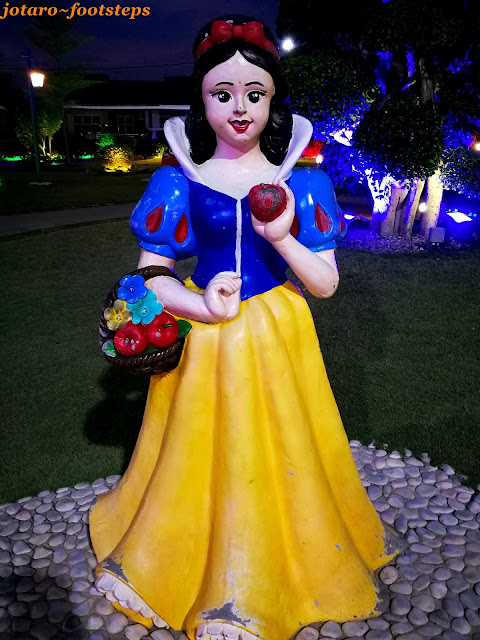 Rounding a corner we were greeted by Snow White, a close representation of her Disney cartoon character with just a spot light shining at her. 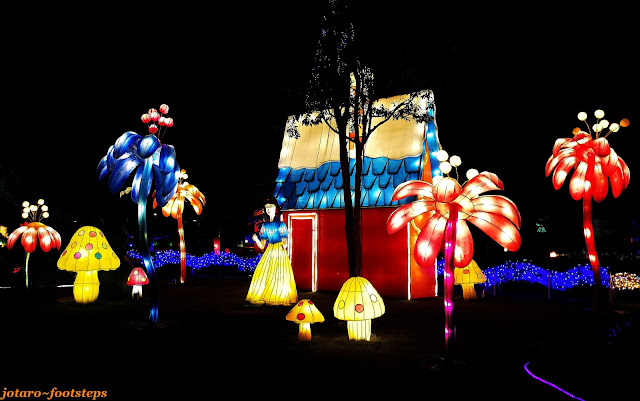 To another side, another Snow White greeted us, coming out from a candy coloured house to welcome us in! 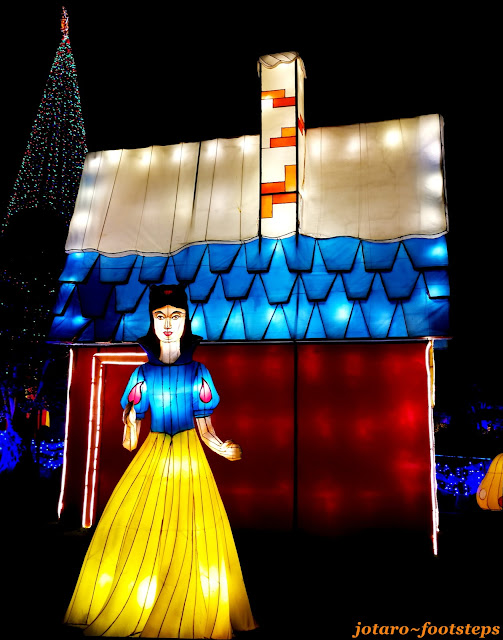 A close up looke at her and her house; hmmm... perhaps a smile from her would brighten up the place even more. Perhaps she's frowning out of jealousy..... 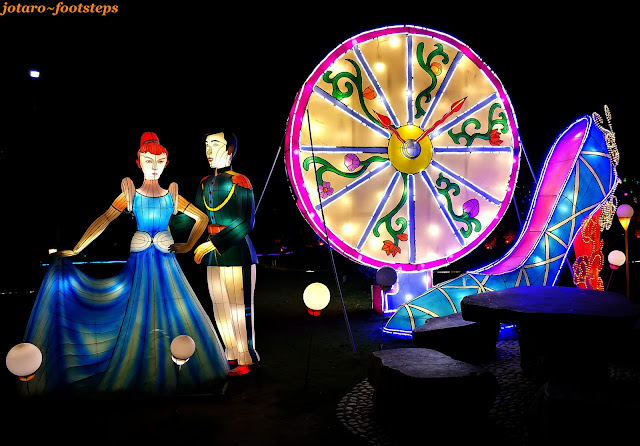 ..... as just next to her cottage was Cinderella in a resplendent dress accompanied by Prince Charming. Is this really Cinderella? It is as, a glass slipper was conspicously present. 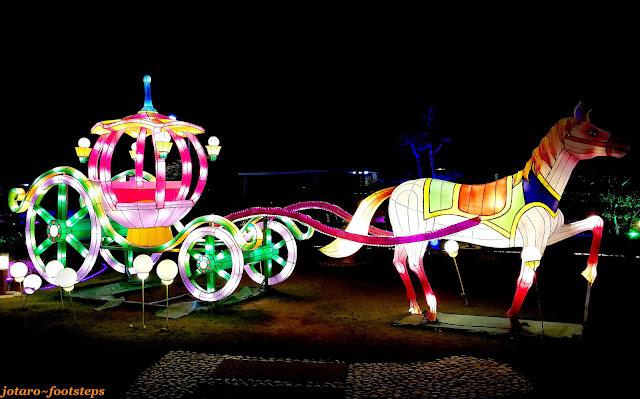 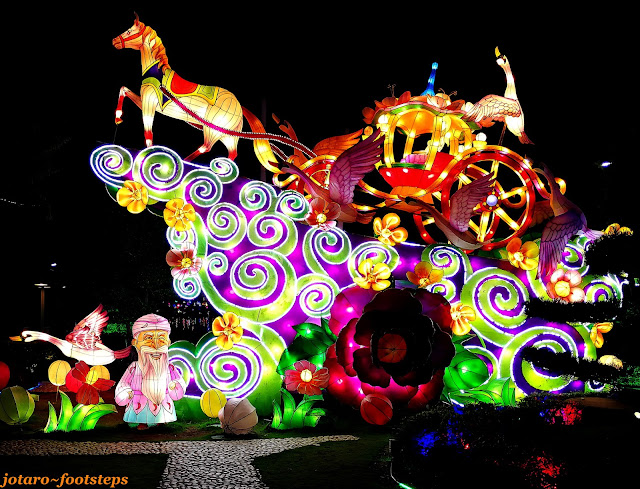 but it paled in comparison to Cinderella's magical coach. 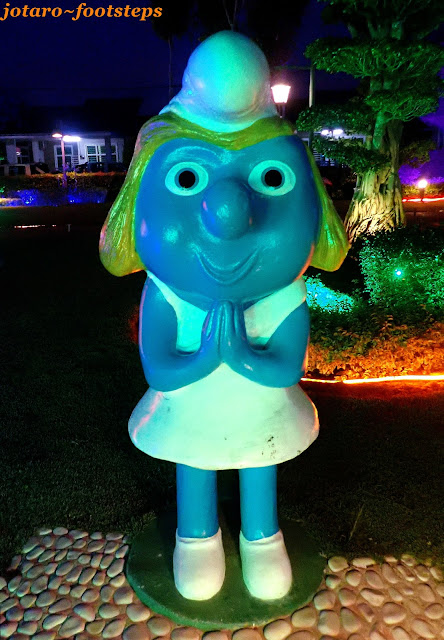 But the fairytale characters are not the only one in this garden, there are Smurfs too .... all the way from Belgium! 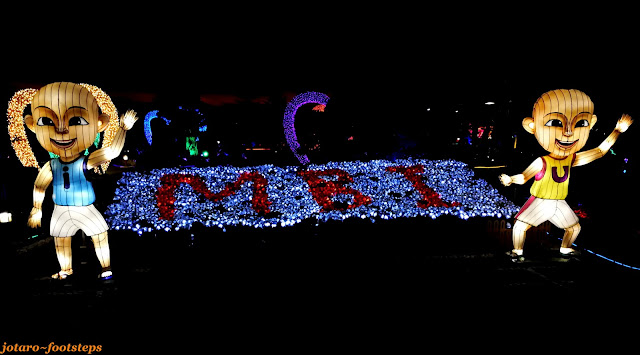 And even Malaysia's famous cartoon duo are there, Upin & Ipin! 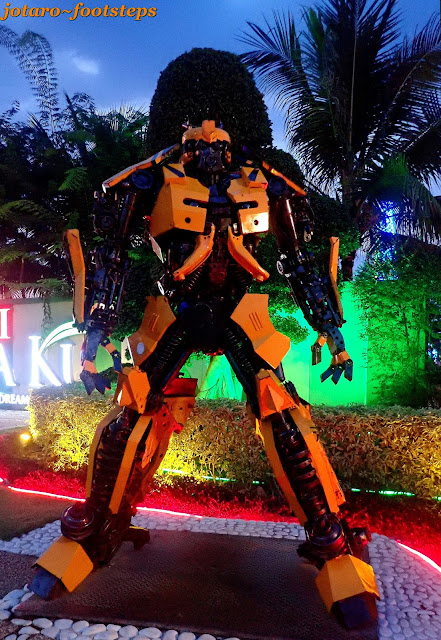 And a not so cartoonish Bumblebee of the Transformers. 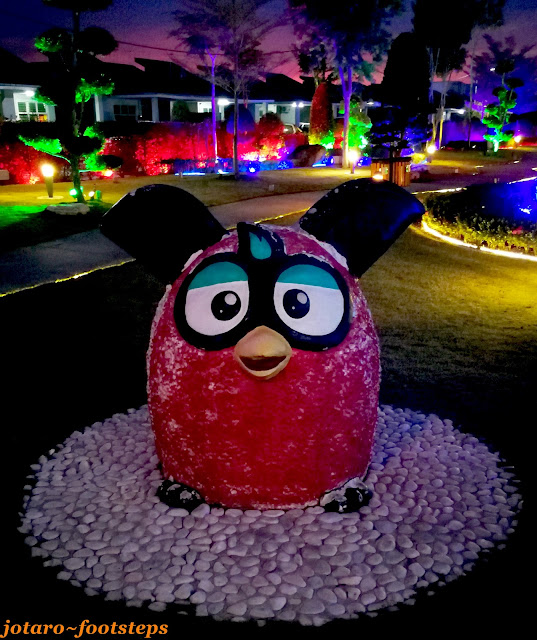 And a few Pokémon characters. 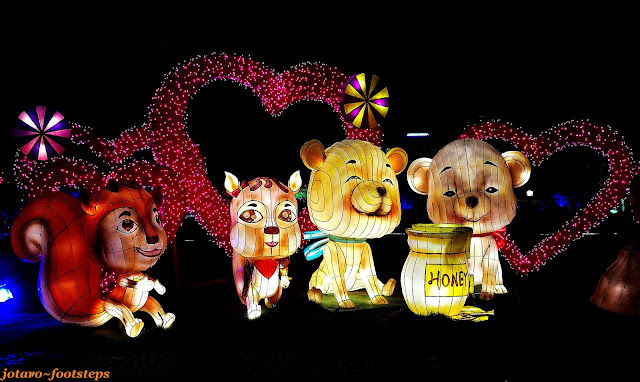 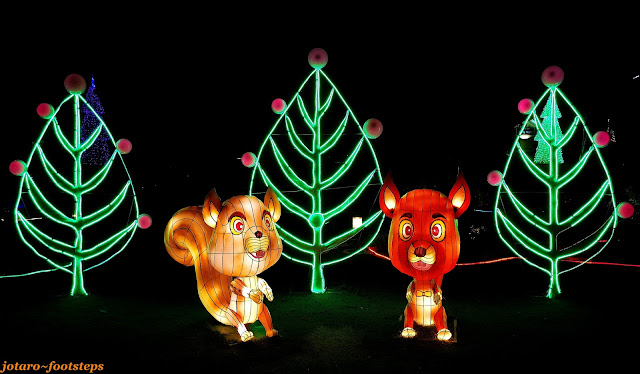 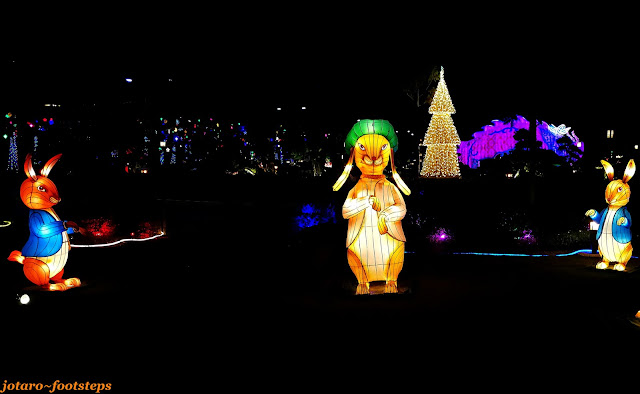 And even Peter Rabbit with his family! 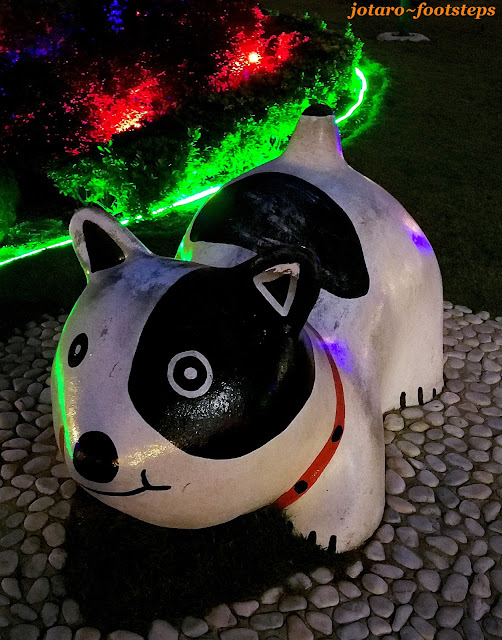 Followed by his pet patch-eye dog. 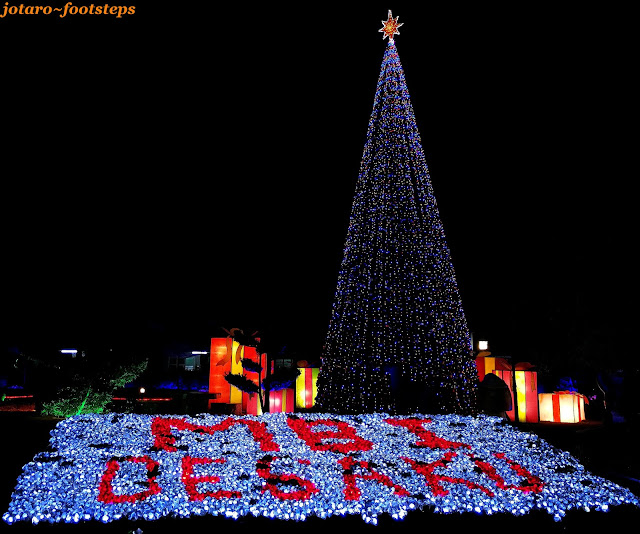 The wonderfully lit up garden does indeed bring out the little child in all of us.

Hours: 9:00am to 9:00pm
(As the park is within a residential area in respect of privacy for the residents, these are suggested hours)
Website: https://mbidesaku.com/
Facebook: https://www.facebook.com/desakukulimkedah/
Direction Map & GPS: 5.50825, 100.62267
(Click here for interactive Google Street View)