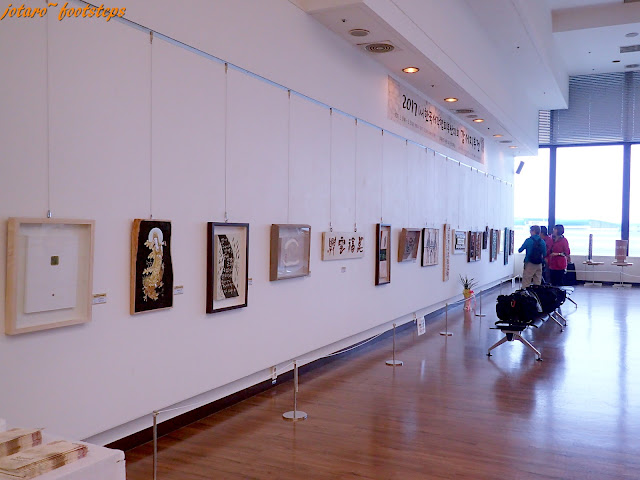 Most of the exhibits were on display at the central hall at the first floor of the domestic terminal, some were along the corridors.

The labeling of the titles and painters were in Korean which I do not read, so the title and interpration is my own: 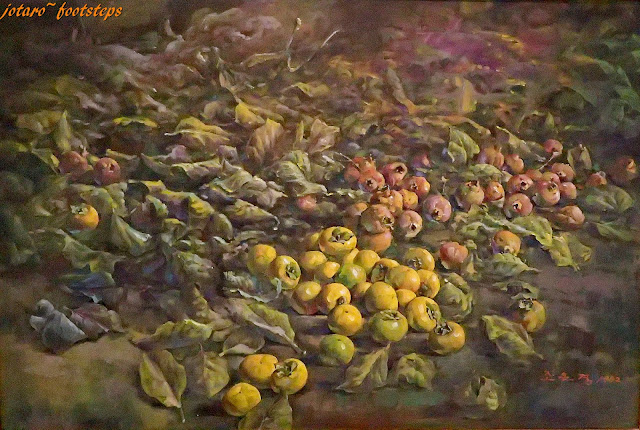 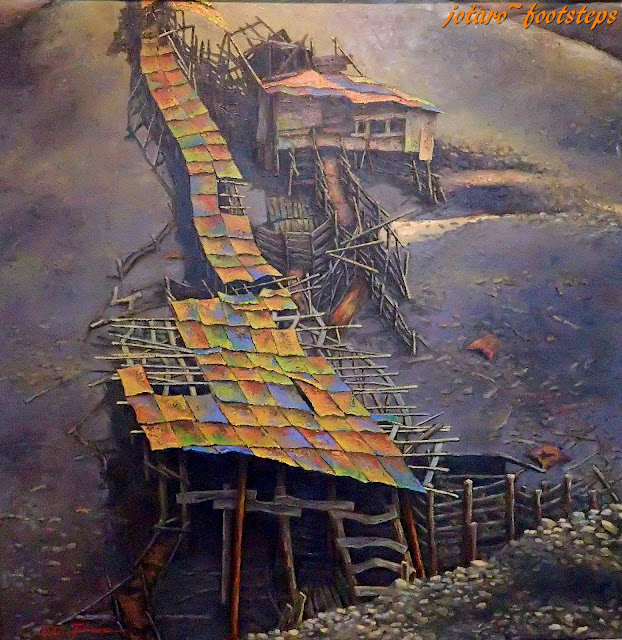 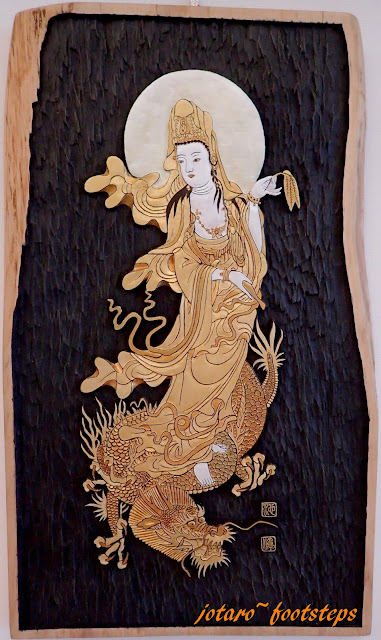 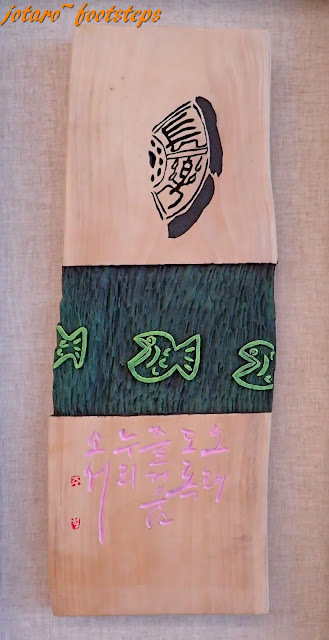 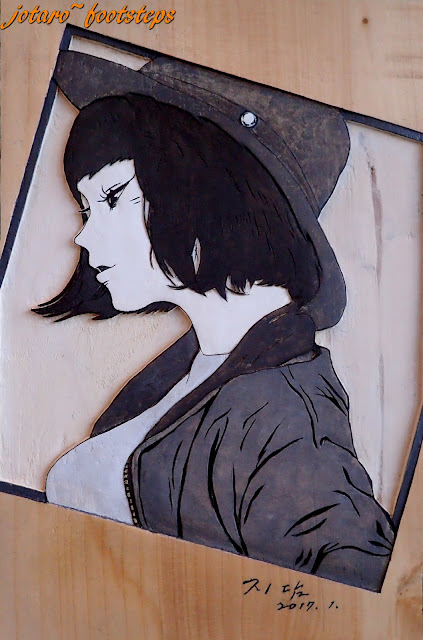 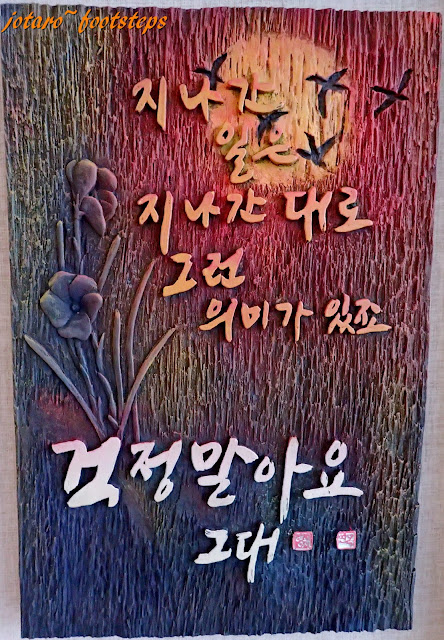 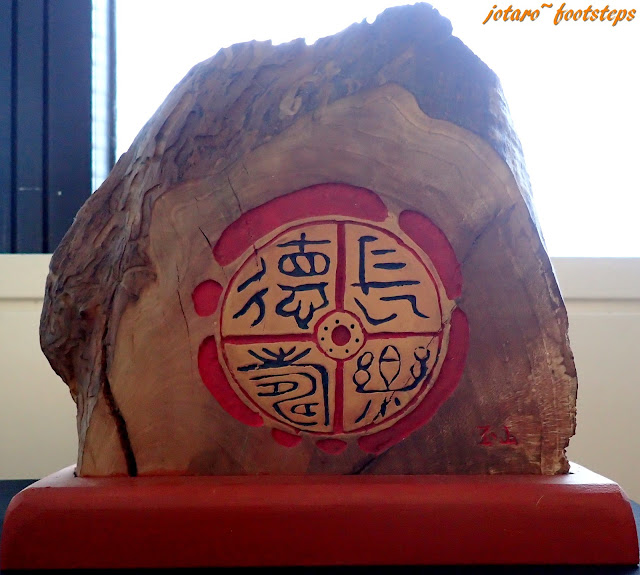 A temple emblem - relief carving on a cut out tree trunk. 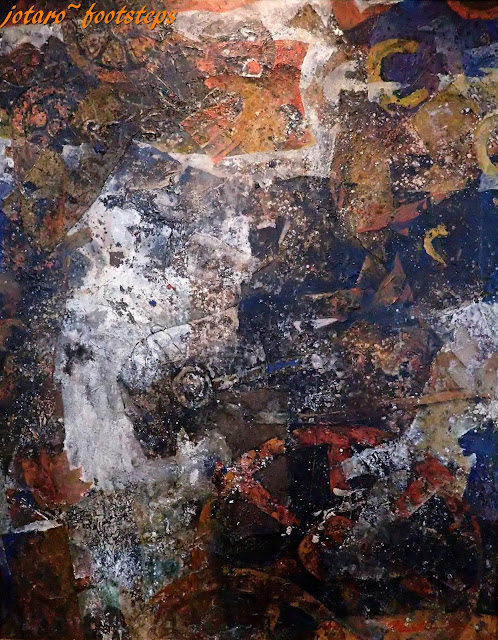 Psychedelic modern painting.
What do I see here.... a medieval Korean soldier sitting on a horse? 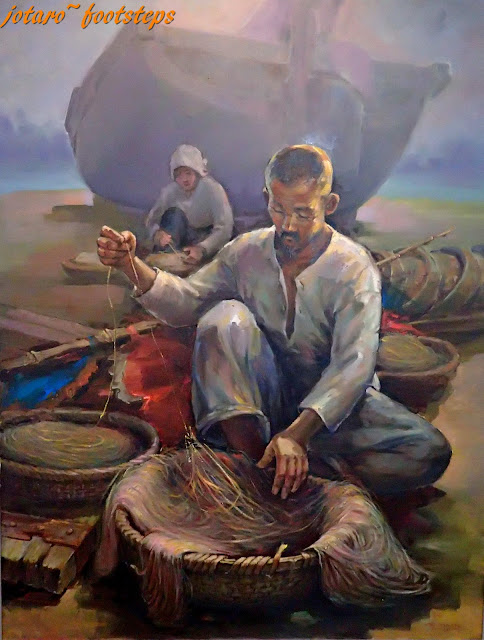 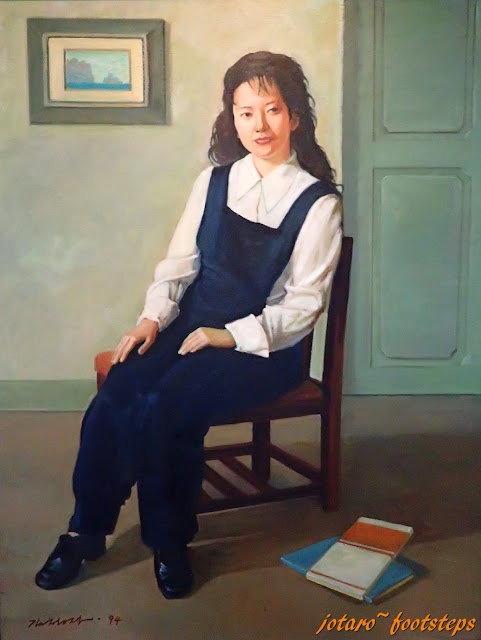 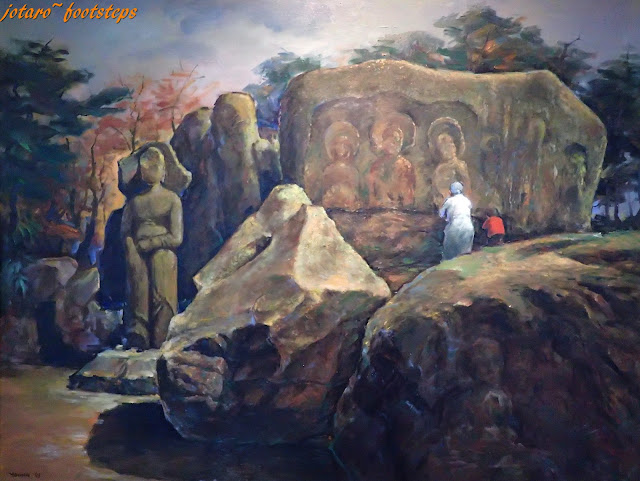 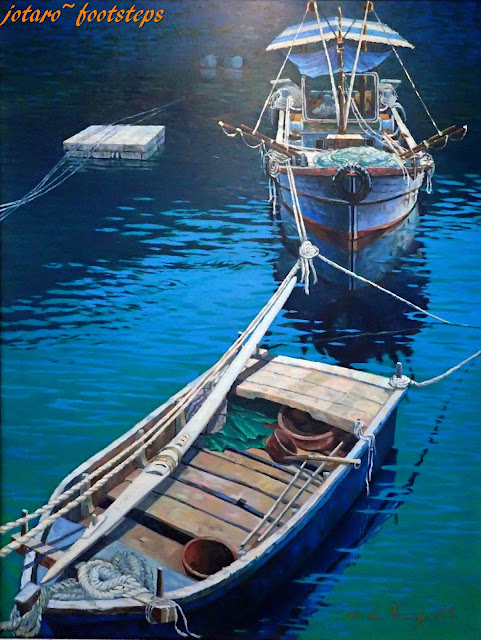 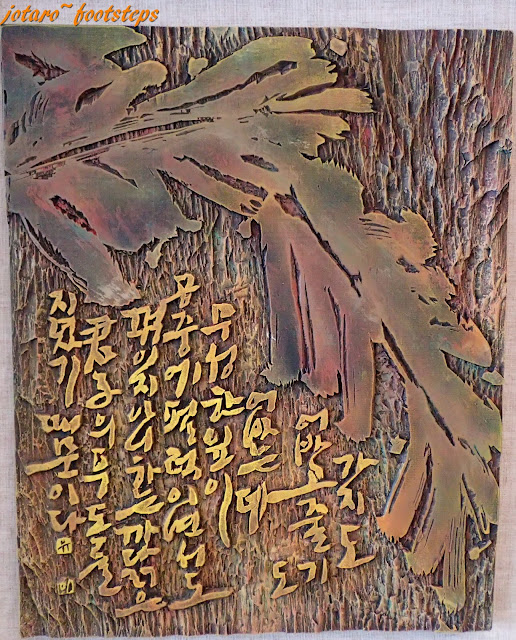 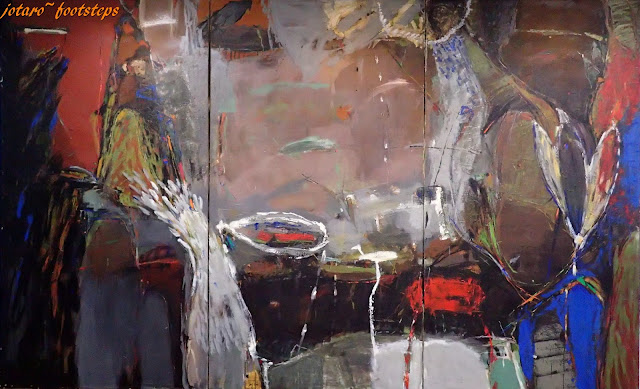 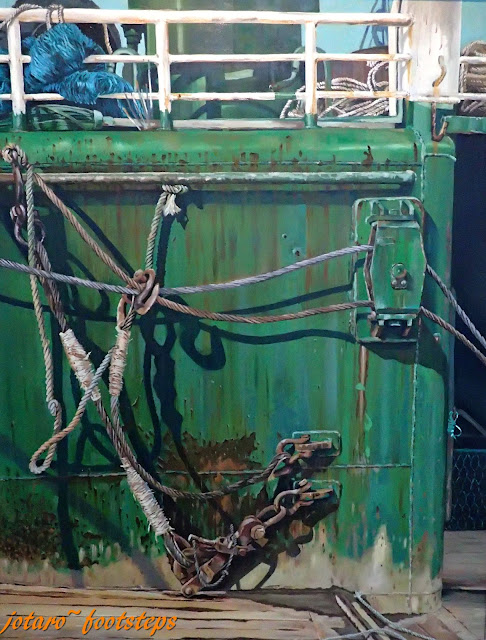 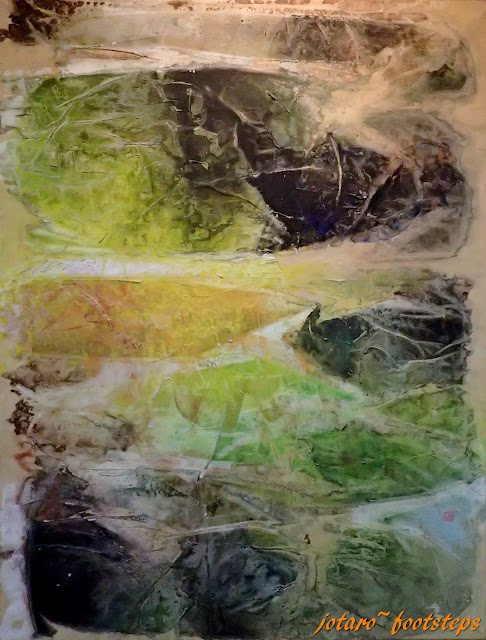 The following are ceramic sculptures or pottery seen at the central hall: Robots!
What do I see? A father and son robot team, they remind me of the Gigantor robot of Japanese cartoon. 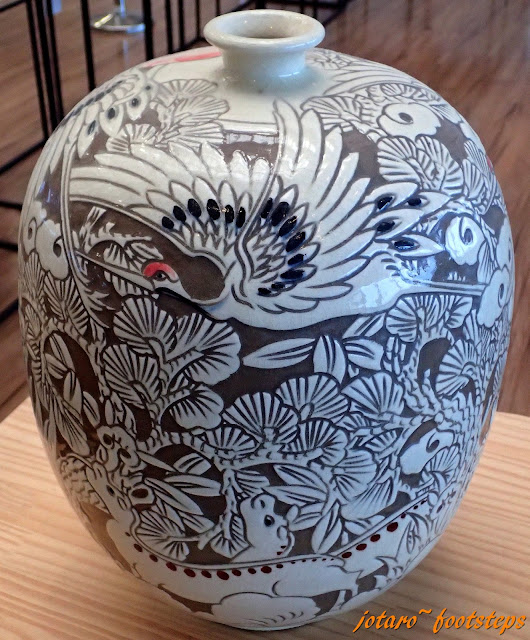 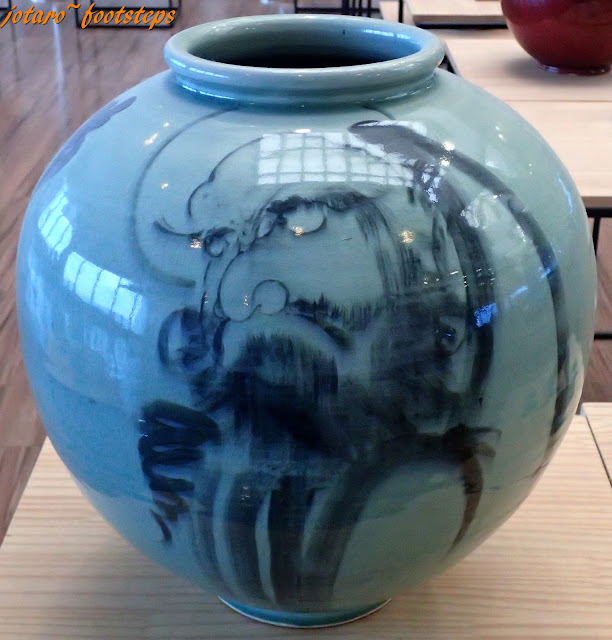 A glazed porcelain urn.
What do I see? A big-nosed old man with long eye-lashes and a beard OR a waterfall cliff in the forest. 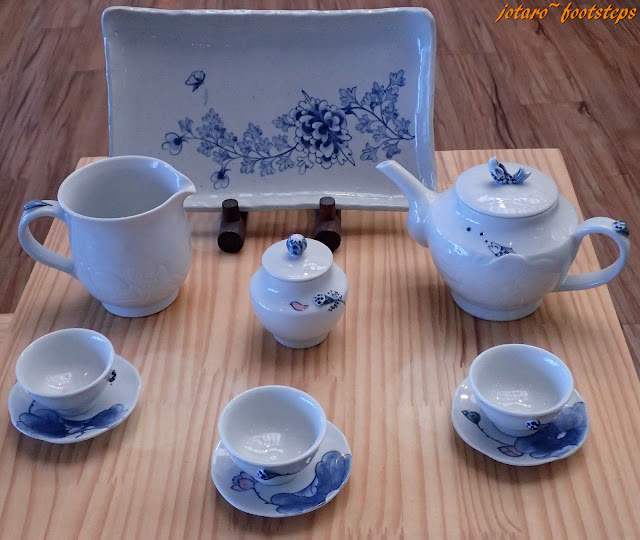 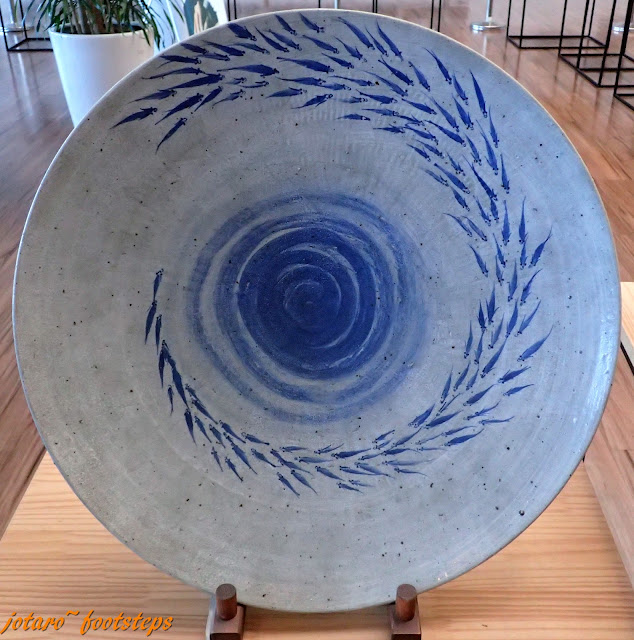 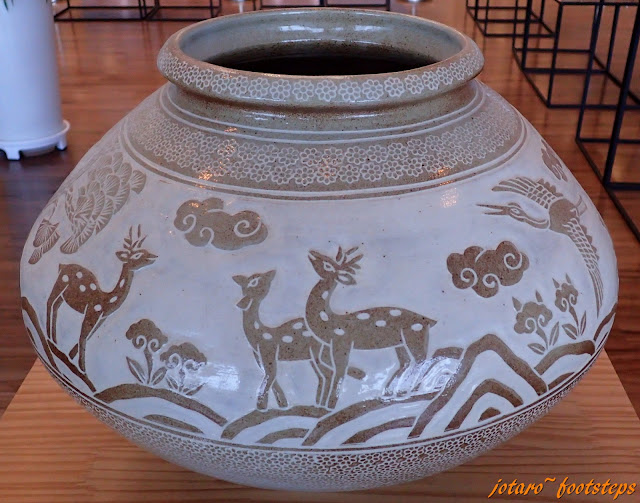 Deers in the forest with a flying crane - glazed porcelain urn. 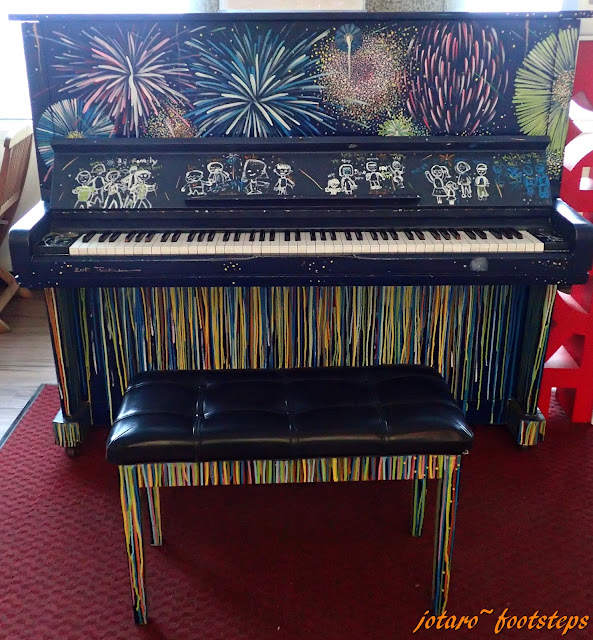 A colourfully painted piano. It was a real piano, visitors could even play music on it.

A poster indicatin that the exhibitonwas hel from 2nd March 2017 to 31st March 2017. We were lucky to catch it.