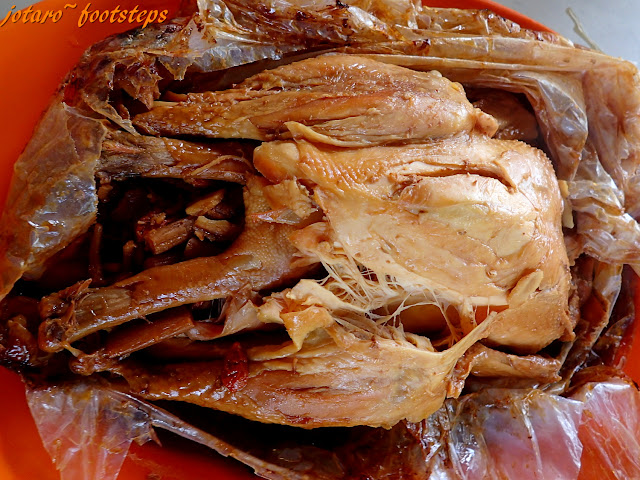 Jugra, Selangor, Malaysia - January 2016
There are three well known Beggar's Chicken in the Selangor; I have had tried two of them - the one at Restoran New Heong Kee in Ulu Klang and the other one, the New Beggar's Delicious Restaurant in Ijok. I found both to be very nice.
Word has it that the original Beggar's Chicken is the one in Ulu Klang; which I would think is true as back in the early 1970's we had had heard about it already. Two apprentices from this original one "graduated" and started their own restaurants, with the second restaurant being the one at Ijok. The "youngest' of this trio is the one at Jugra. I had always wanted to try the Jugra Beggar Chicken, but somehow had not managed to do so, probably because it's the furthest away.
Now, during a cycling trip to Jugra, I finally completed the trio of Beggar's Chicken! Let's see you the youngest member fare. 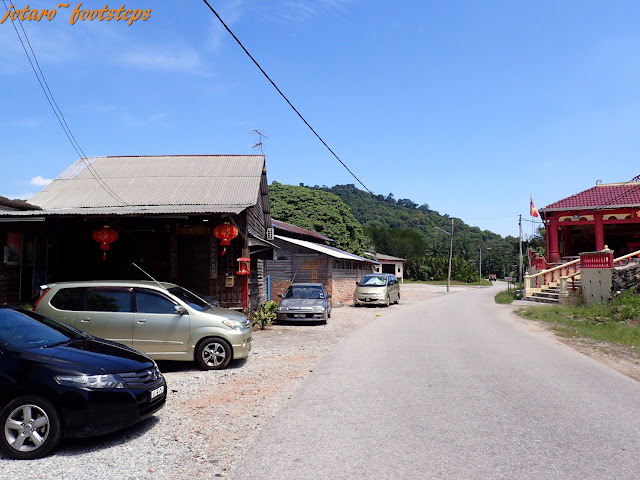 Jugra Beggar Chicken is located on Jalan Bukit Jugra on the way up to Jugra Hills (Bukit Jugra) where there is a great view of Carey Island on the other side of the Sungai Langat. From these hills a company runs a para-gliding adventure course, an adrenaline pumping affair just perfect to build up the appetite for these chicken.
The place is not too hard to miss, it's opposite on conspicuously red Chinese temple and just before another smaller one. 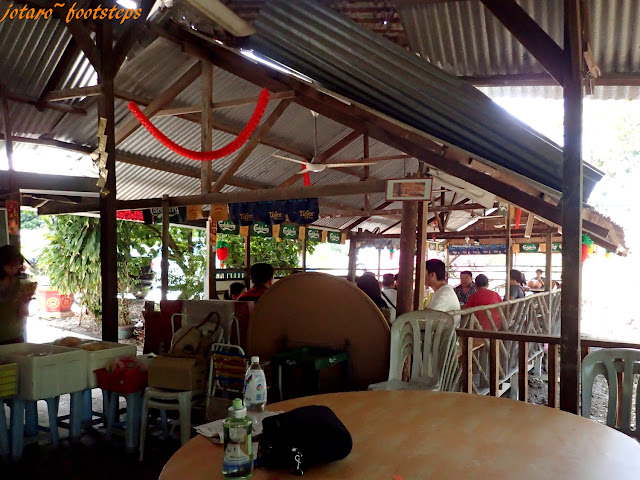 The restaurant here is not very big, it sits on opened wall sheds next to a small stream; sitting capacity is probably about seventy maximum. 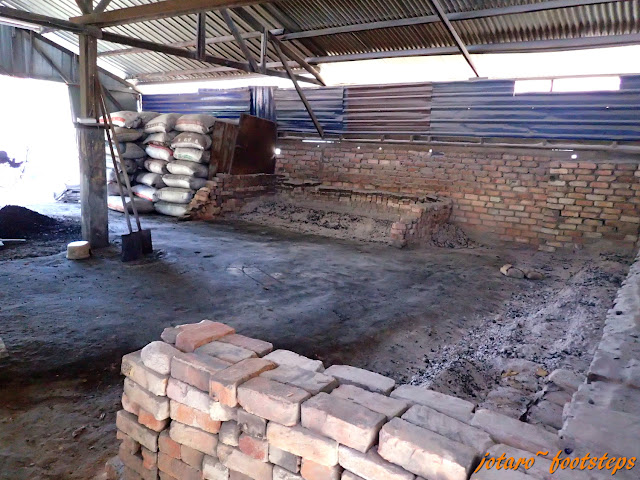 Normally, one would have to order the Beggar's Chicken a day in advance as it takes time to prepare. We did not do that but were lucky that they had a spare chicken to serve the five of us. Unfortunately, there was no spare of the other dishes like the glutinous rice, pig trotters and beggar duck.
As usual, curious me had to go to their "kitchen" to see how they prepared the chicken. They had two kilns made of red bricks, seems like they used saw dust here to fire the kilns (see those packs stacked at the top left). The herbally seasoned chicken are wrap in thin waxed tracing paper and then further wrapped with layers of thicker wax paper before being put into the slow burning fire. 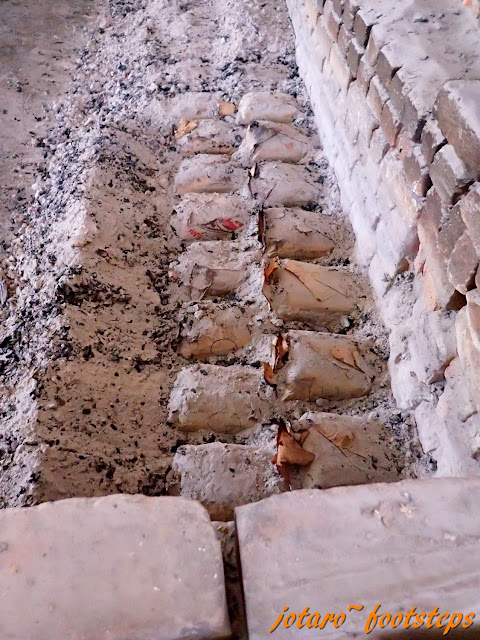 A close up view of the wrapped chicken in the kiln. 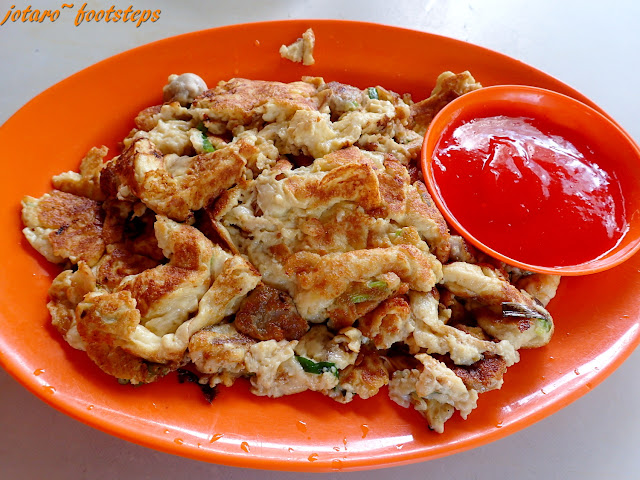 We kicked off with a plate of fried oysters omelet which was fairly good but could have been better if there were more oysters and the egg crispy fluffier. 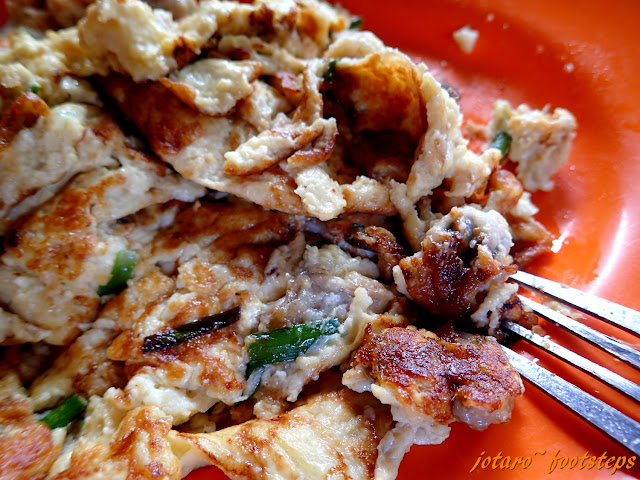 Close up view of the omelet, showing a couple of the oysters. 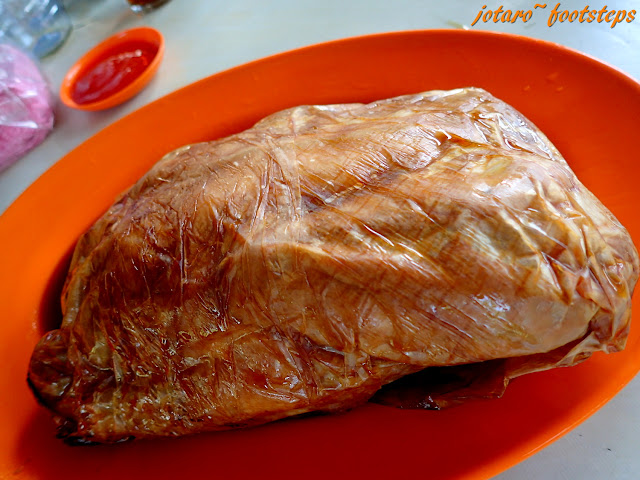 The Beggar's Chicken came. Here they don't seem to have wrapped it in mud for the baking process, so they was no ceremonial breaking of the baked mud with a hammer. 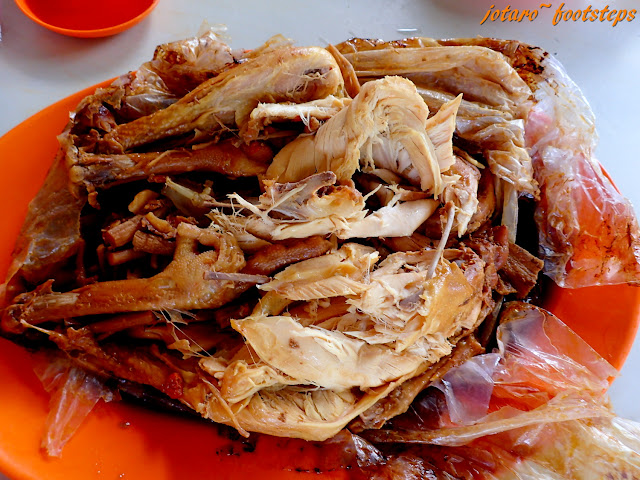 View of the unwrapped and half opened.
I was a bit disappointed with this dish. There was a lack in gravy and the meat relatively dry. The flavour of the herbs and seasoning did not seem to have soaked into the meat so it did not had the great flavour compared to the ones sold by the other two places. 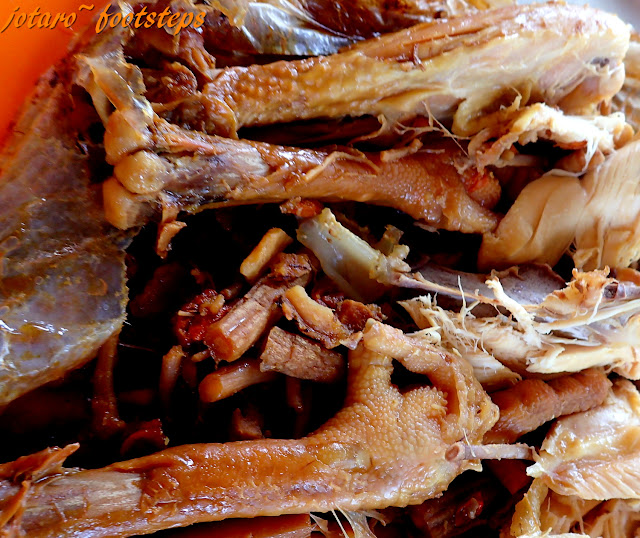 A close up view showing some of the herbs; I did not ask what their recipe was and even if I did, they would probably keep it a trade secret. 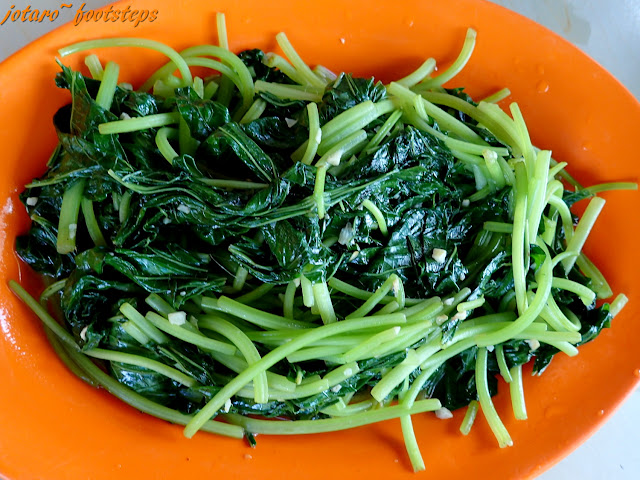 We had a couple of vegetables to go with the main dish, first this stir-fried "Emperor Vegetable"... 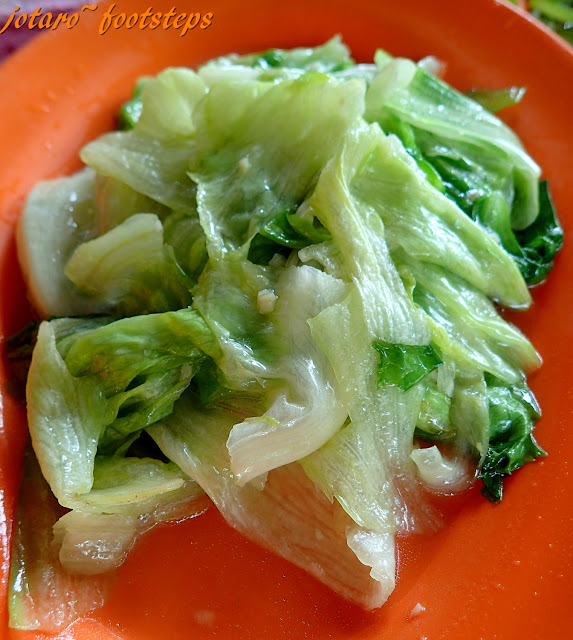 ... and this stir-fried Chinese lettuce. 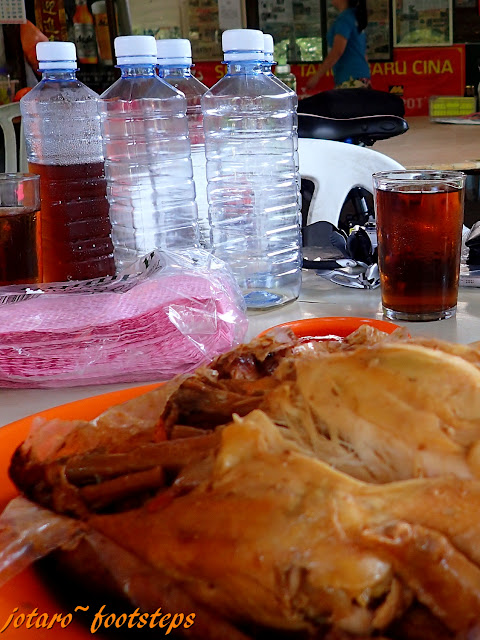 To go with the food we had their home-made herbal tea which was very nice. After our hot day's cycling each of us whacked two bottles. 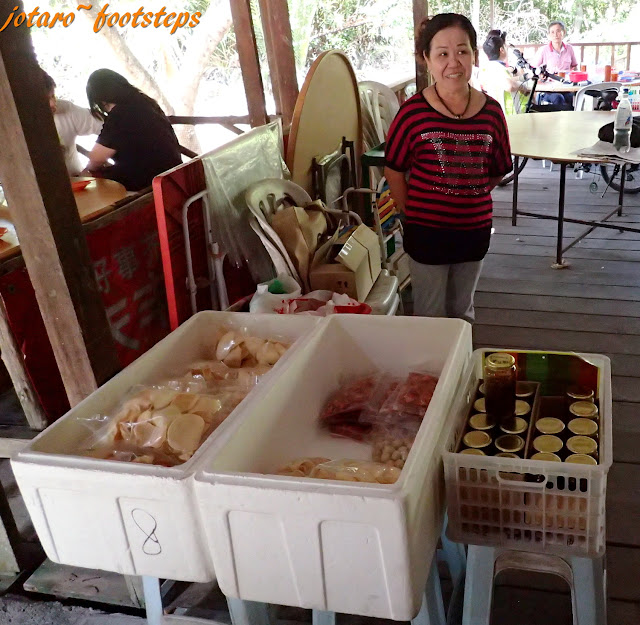 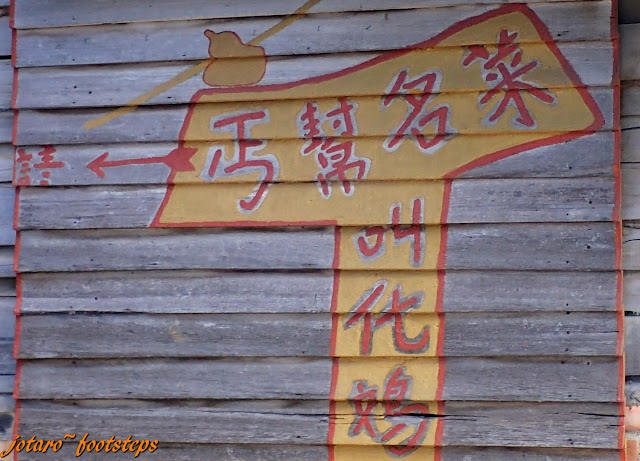 
You are at - Jotaro's Blog / FootSteps / YummY! / Chinese Food / Beggar's Chicken @ Jugra
If you like this, view my other blogs at Jotaro's Blog
(comments most welcomed. if you like this pls share via facebook or twitter)
Posted by Jotaro Zen at 4:46 PM