Footsteps - Jotaro's Travels
Taiwan National Palace Museum: 1st Floor Gallery 102
(Orientation Gallery) - November 2017
The National Palace Museum, located in Taipei and Taibao, Taiwan, has a permanent collection of nearly 700,000 pieces of ancient Chinese imperial artifacts and artworks. Gallery 102 (Orientation Gallery) takes visitors down the history of China's artwork, from the Chinese Neolithic Age through the different Chinese dynasties, explaining the art-style from the different periods.
This blog comes in several pages, this is Gallery 102 at the first floor galleries, click below to navigate to other sections: 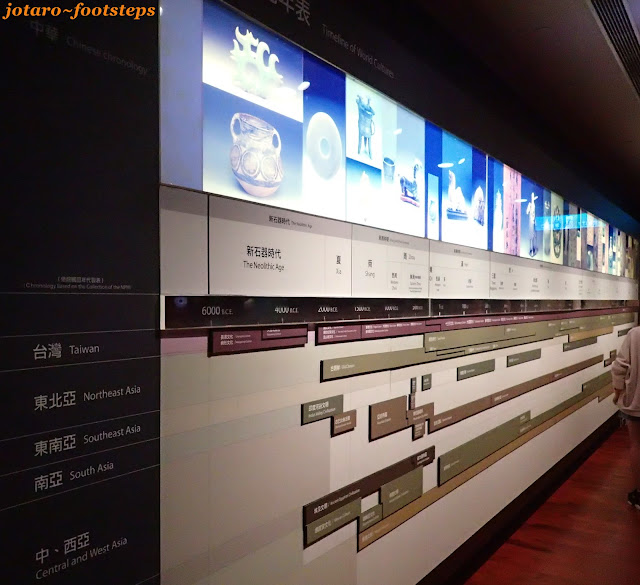 Timeline of Chinese Art history in respect of other ancient cultures, starting from the Chinese Neolithic Age to the Ching Dynasty. 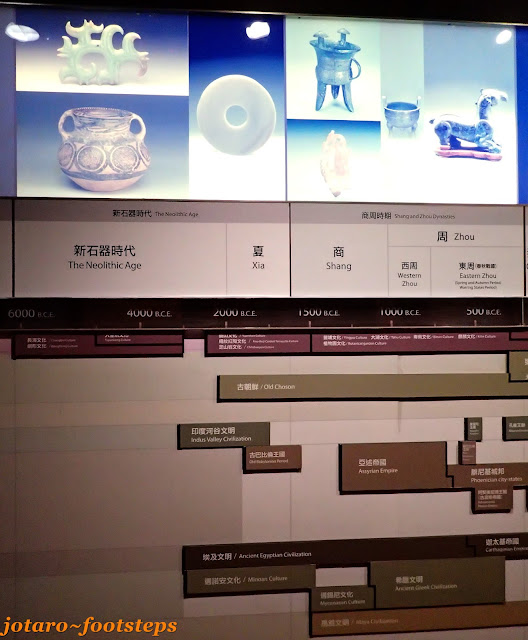 Some photos from the time-line boards: 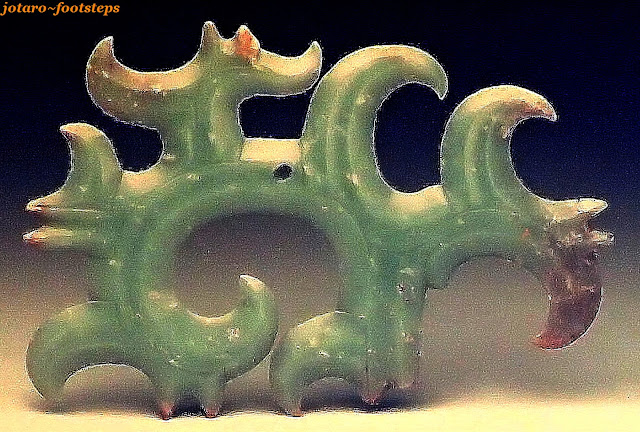 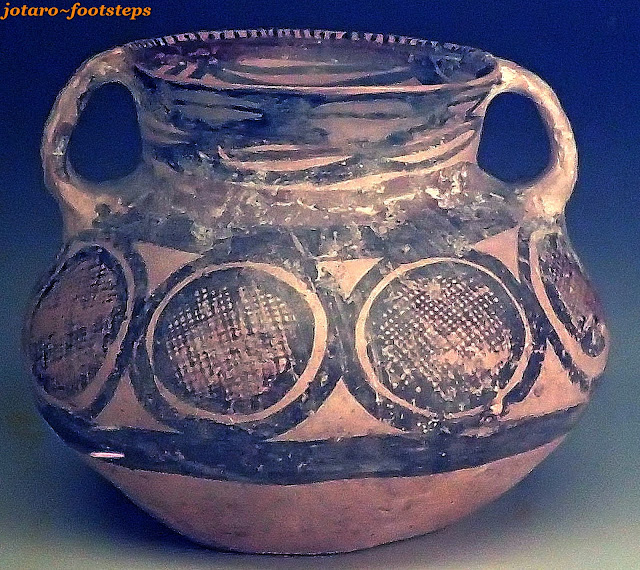 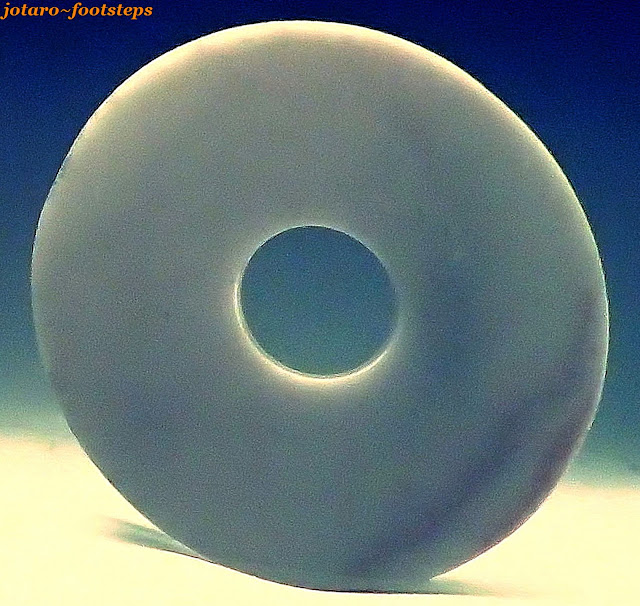 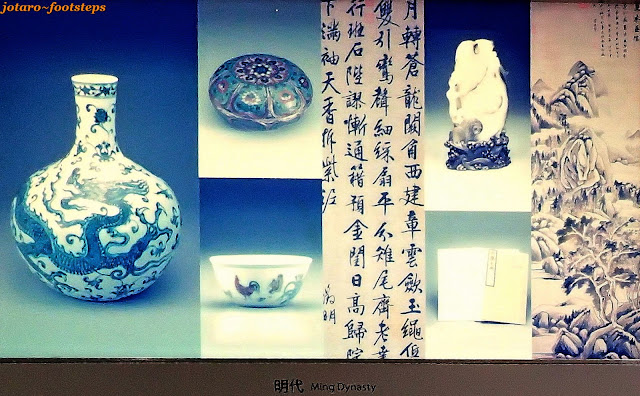 the Ming Dynasty was "one of the greatest eras of orderly government and social stability in human history", and was the last imperial dynasty in China ruled by ethnic Han Chinese. 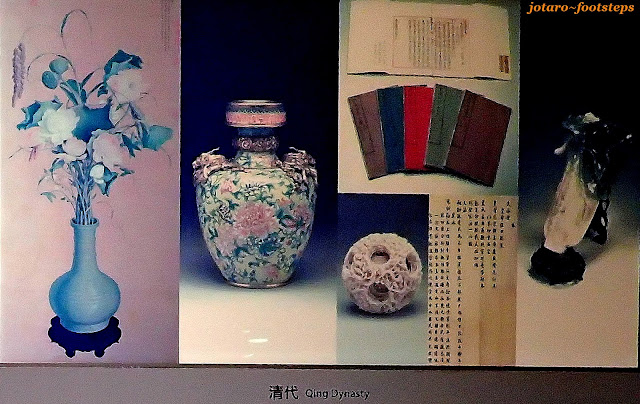 Close-up photo Chinese art history timeline during the Ching Dynasty (大清, Qing) (1644–1912).
The Ching Dynasty was the last imperial dynasty of China, established in 1636 and ruling China from 1644 to 1912. It was preceded by the Ming dynasty and succeeded by the Republic of China. 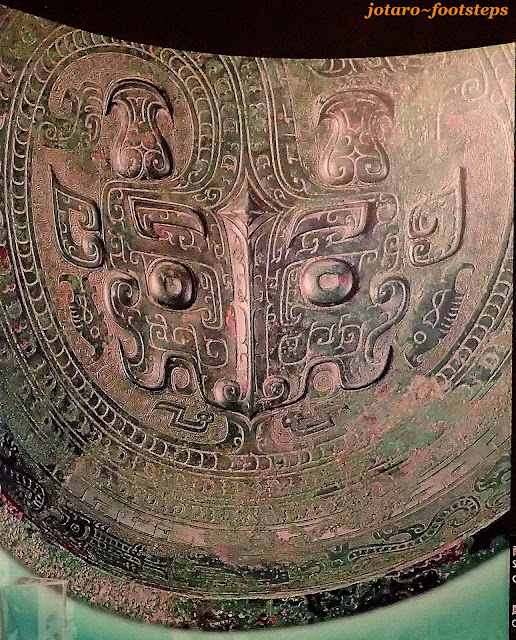 Bronze Amulet - Shang (商朝) (1600-c.1046 BCE) & Zhou (周朝) (c.1046 BC-256 BCE) dynasties period.
The Shang Dynasty is the earliest dynasty of traditional Chinese history supported by archaeological evidence. Excavation at the Ruins of Yin (near modern-day Anyang), which has been identified as the last Shang capital, uncovered eleven major royal tombs and the foundations of palaces and ritual sites, containing weapons of war and remains from both animal and human sacrifices. Tens of thousands of bronze, jade, stone, bone, and ceramic artifacts were found.
The Zhou Dynasty lasted longer than any other dynasty in Chinese history. The military control of China by the royal house, surnamed Ji (姬), lasted initially from 1046 until 771 BCE for a period known as the Western Zhou and the political sphere of influence it created continued well into Eastern Zhou for another 500 years. Centralized power decreased throughout the Spring and Autumn period until the Warring States period in the last two centuries of the dynasty. 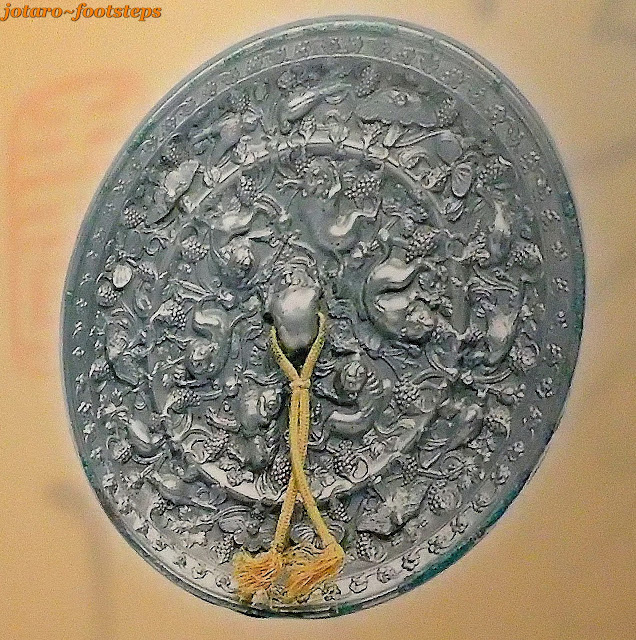 The Tang Dynasty is generally regarded as a high point in Chinese civilization, and a golden age of cosmopolitan culture. The dynasty was largely a period of progress and stability. Like the previous Sui Dynasty (隋朝) (581-618BCE), the Tang Dynasty maintained a civil service system by recruiting scholar-officials through standardized examinations and recommendations to office. 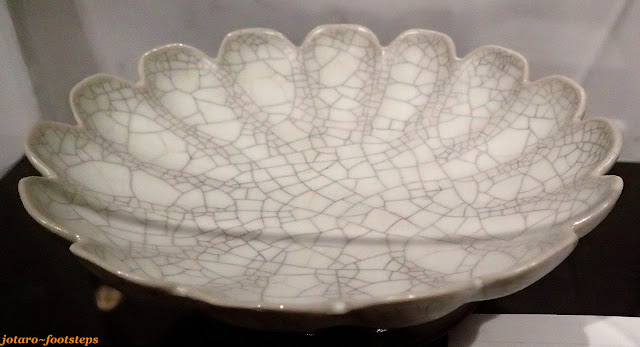 Light bluish-green glazed Chrysanthemum-shaped dish - Ko Ware (哥窯) of the Sung (宋朝) (960-1279) & Yuan (元朝) (1271-1368) period.
The Sung Dynasty was an era of Chinese history that began in 960 and continued until 1279. It was founded by Emperor Taizu of Song following his usurpation of the throne of Later Zhou, ending the Five Dynasties and Ten Kingdoms period. The Sung government was the first in world history to issue banknotes or true paper money nationally and the first Chinese government to establish a permanent standing navy. This dynasty also saw the first known use of gunpowder, as well as the first discernment of true north using a compass.
The Yuan Dynasty was the khanate ruled by the successors of Möngke Khan after the division of the Mongol Empire. In official Chinese histories, the Yuan Dynasty bore the Mandate of Heaven. The dynasty was established by Kublai Khan, yet he placed his grandfather Genghis Khan on the imperial records as the official founder of the dynasty as Taizu. Although the Mongols had ruled territories including modern-day North China for decades, it was not until 1271 that Kublai Khan officially proclaimed the dynasty in the traditional Chinese style, and the conquest was not complete until 1279. His realm was, by this point, isolated from the other khanates and controlled most of present-day China and its surrounding areas, including modern Mongolia. 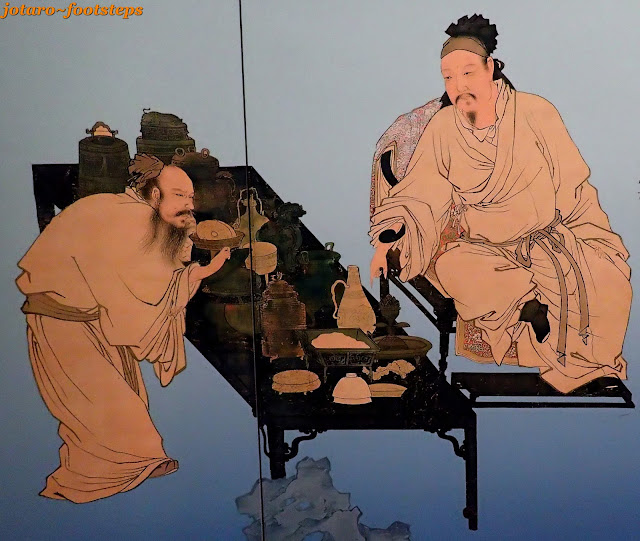 Tu Chin was a Chinese painter of landscapes, human figures, flowers, and animals during the Ming Dynasty (1368–1644). Chen was born in Zhenjiang in the Jiangsu province. His style name was 'Junan' 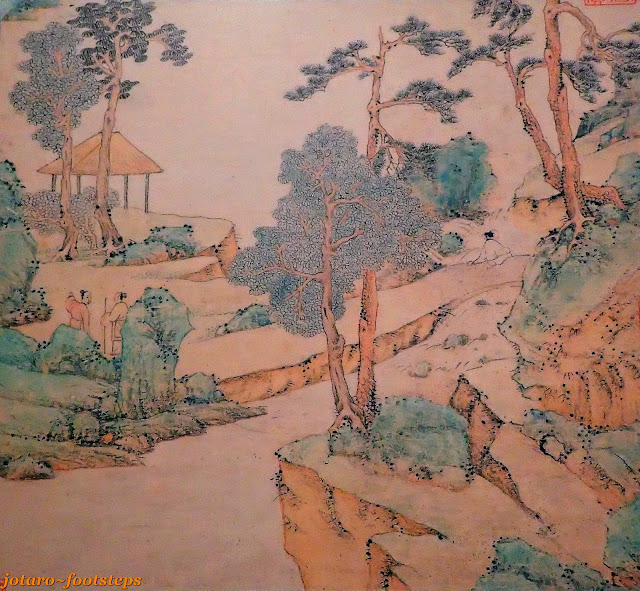 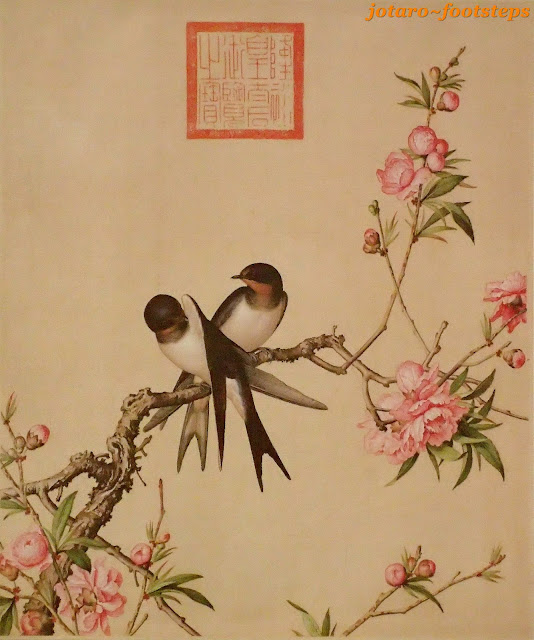 Album Of Flower - Chinese painting by Lang Shih-ning ( 郎世寧, Lángshìníng, Giuseppe Castiglione) (1688-1766), Ching Dynasty.
Lang Shih-ning was an Italian Jesuit brother and a missionary in China, where he served as an artist at the imperial court of three Ching emperors - Kangxi, Yongzheng and Qianlong emperors. He painted in a style that is a fusion of European and Chinese traditions. 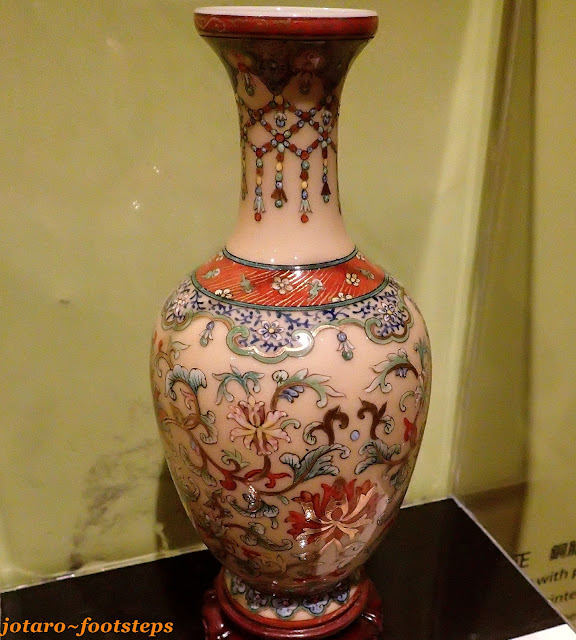 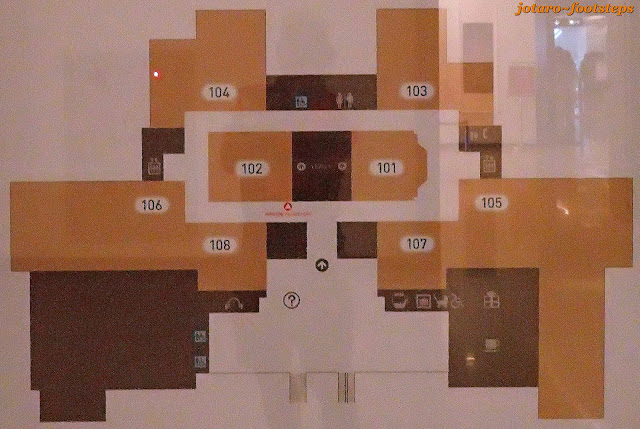