Kinderdijk, Molenwaard, Netherlands - September 2017
Windmills used to be aplenty in the Netherlands but with the advance of time and modern technology many have fell into decay and demolished. They are still a few around, sparsely dotting the countryside; some have been are still in use; and some have been turned into unique residences or even into drinking joint.
But there is still one place in the world that many of them can be seen clustered together. These are the windmills of Kinderdijk. 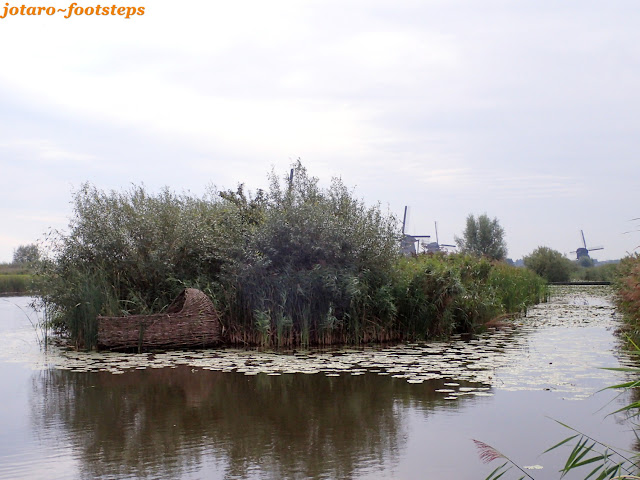 There is a hear-say legend of how the place got it's name; Kinderdijk means "Children's dyke". Centuries ago after a strong storm flooded the area causing a lot of damage. Once the flood ebbed, survivors coming out to assess the damage saw a cradle floating up and down on the water and baby's crying could be heard. The floating cradle was kept in balance by a cat jumping up and down to on the cradle had kept it in balance and prevented it from sinking. In line with this legend, a cradle can be seen floating among the rushes.
This folktale and legend has been published as "The Cat and the Cradle" in English. 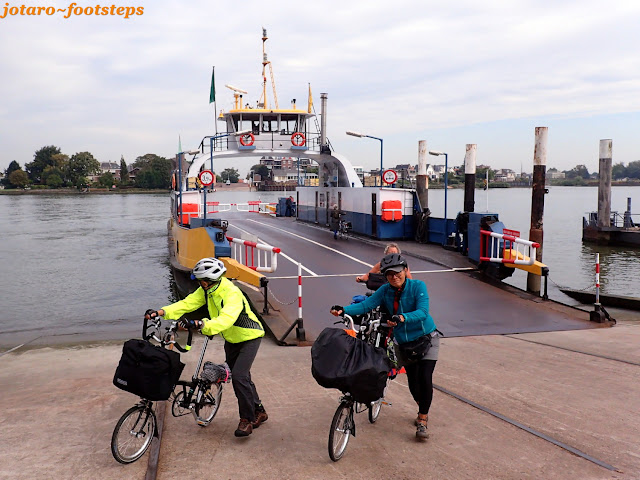 So how to get there? Well there are tour buses coming in from nearby Rotterdam which is only fifteen kilometers away. One could drive or even take a waterbus, but we cycled there as part of our Europe cycling tour.
A good way to enter is via Krimpen aan de Lek and take the Veerbedrijf De Visser BV Ferry. It's just a quick ride across the the Lek River, but this slow ride sets up one mood to take a step into the past. And the fare for bicycles was only €0.80. For cars it's €2.00 with each passenger being charged the pedestrian rate of €0.75 each.
Click here for other options and tours. 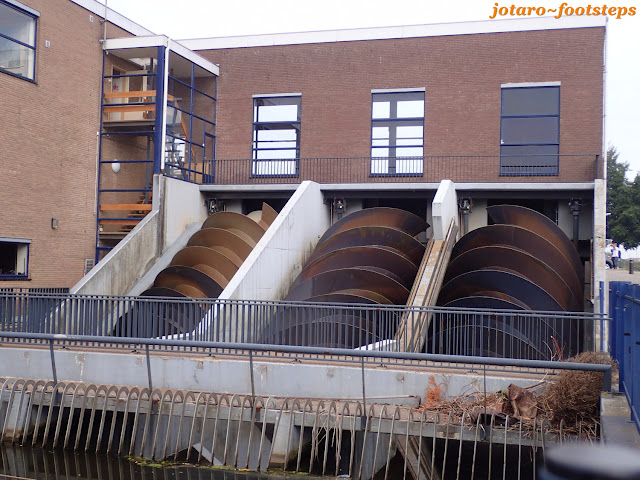 But before we go into Kinderdijk, lets have a look at a couple of other things. In the past the windmills used to pump water for irrigation and flood control. These days there are modern electric operated giant screw turbines like these above that are located on the Krimpen aan de Lek side of the river. 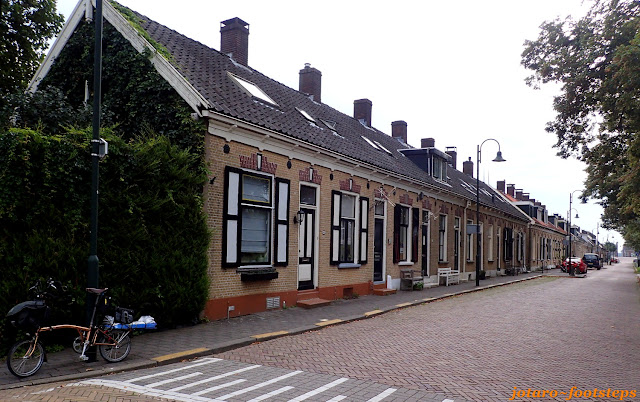 Once across the river, we are into Kinderdijk village where there are rows of beautifully houses with design which seems to have come from the past. Like these beautiful brown-bricked ones along Veerdam Road. There is another row of nice yellow-bricked houses along Lekkade road. Do come visit these streets but respect the quite neighborhood. 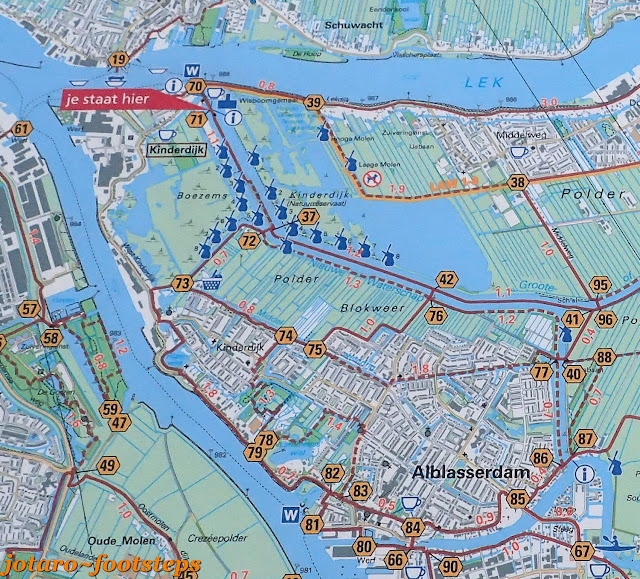 Okay. We are ready to go into the fields where the windmills are. Kinderdijk Windmills UNESCO Heritage area are located at the polders between the Lek and Noord rivers. Altogether there are nineteen windmills which were built in the mid-eighteenth century to pump water out into the rivers and keep the polders here dry. There are nineteen windmills here, some of thems are still working but these days the area is kept dry by two diesel pump stations. Whatever the case is they are now preserved as an heritage site. 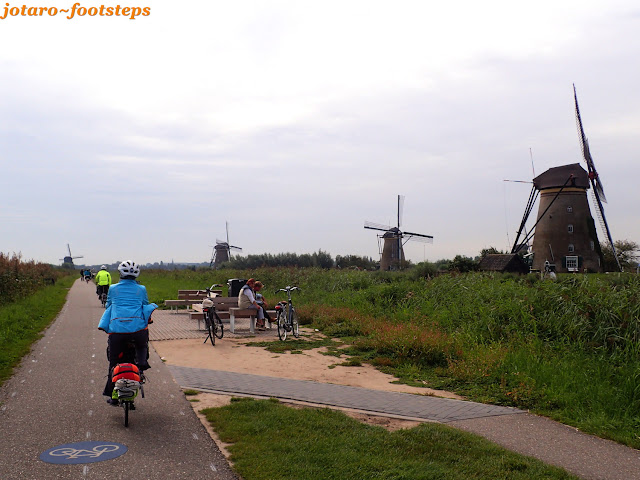 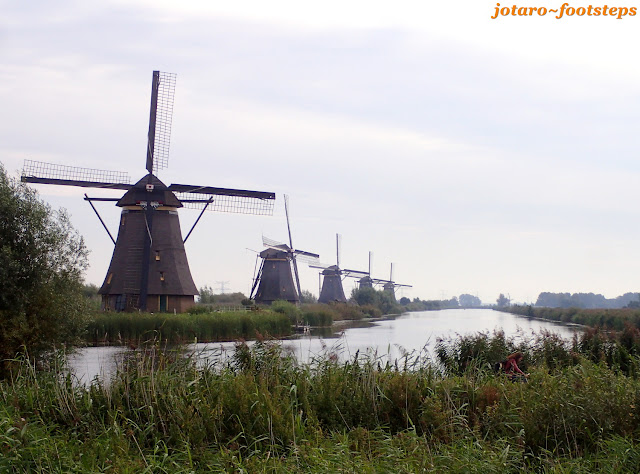 The majestic views of the windmills. 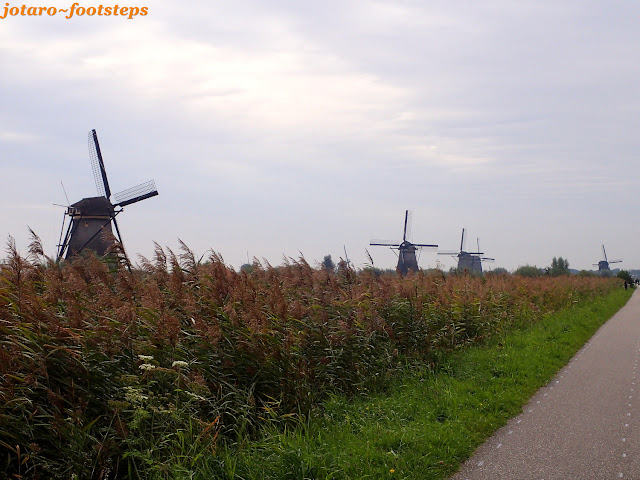 Rushes grow on the dry land ... 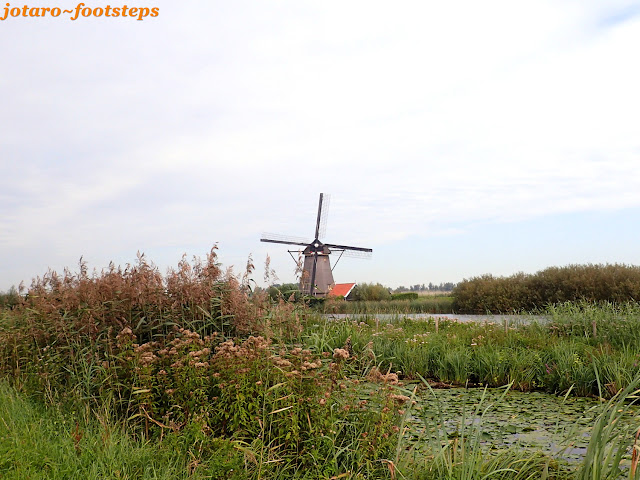 ... which slowly gives way to ponds of water. 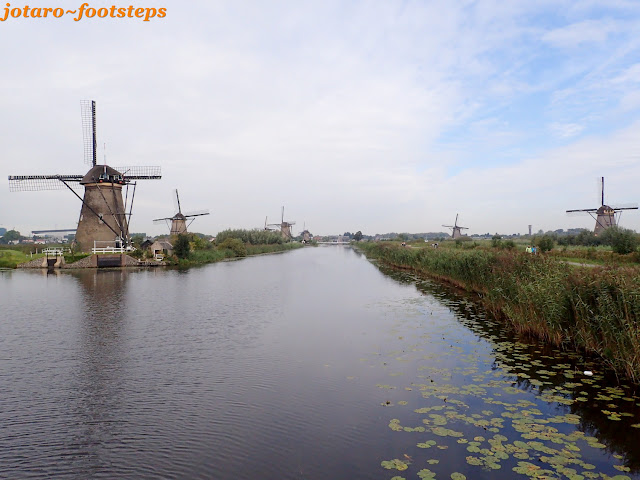 It is the view of the windmills next to the water that makes them all the more attractive. 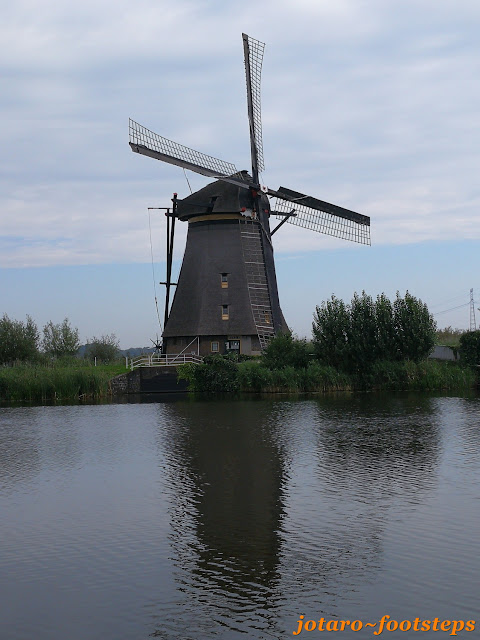 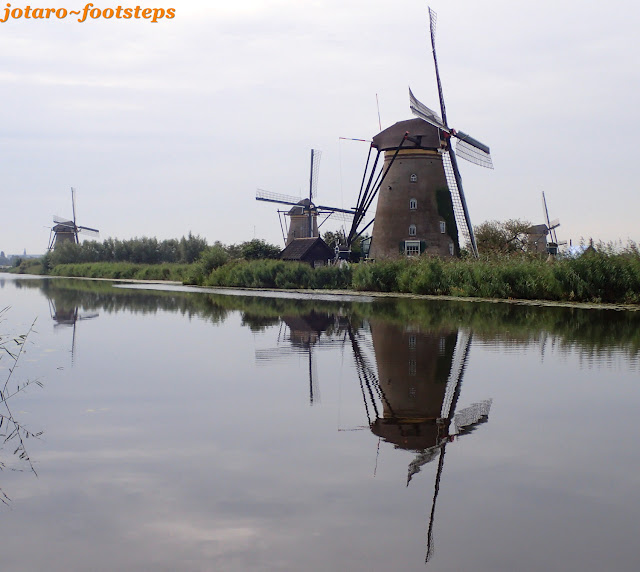 Beautiful aren't they? Being here, on feels like having taken a step back into the past. It's quite and serene, a light breeze blows through. Ducks can also be seen swimming in the calm waters. 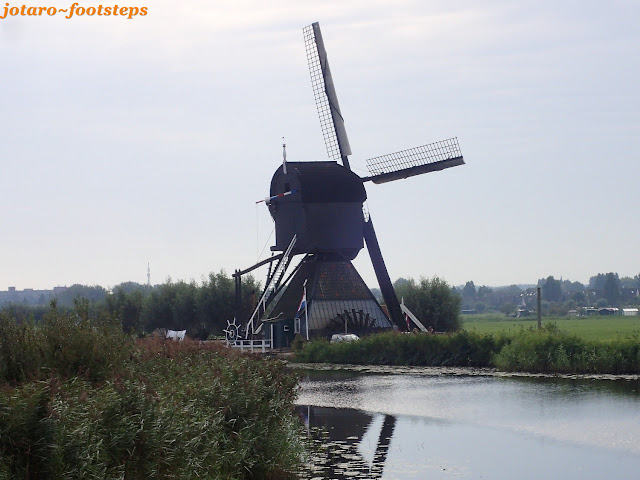 There's even an odd boxy looking windmill sitting on an axle. 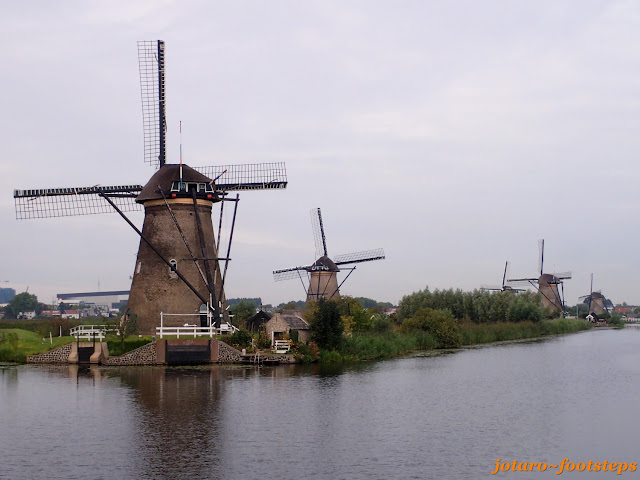 Kinderdijk - a beautiful place of windmills, polders and canal that truly deserves it status as an UNESCO Heritage Site. Don't miss it when you are in the Netherlands.


KINDERDIJK UNESCO WINDMILLS HERITAGE SITE
Alblasserwaard, Molenwaard, Netherlands.
Hours: 10:00 am to 4:00 pm
(The public foot and bike path in the middle is open to enjoy the landscape at all times.)
Entry fee: €4.50 (including a video presentation)
Note: there is no entry charges for cyclists as it's along a bike path.


You are at - Jotaro's Blog / Footsteps-AhPek Biker / Sites-Cycling Europe 2017 / UNESCO Heritage Windmills @ Kinderdijk Netherlands
If you like this, view my other blogs at Jotaro's Blog
(comments most welcomed below. if you like this pls share via Facebook or Twitter)
Posted by Jotaro Zen at 11:01 AM