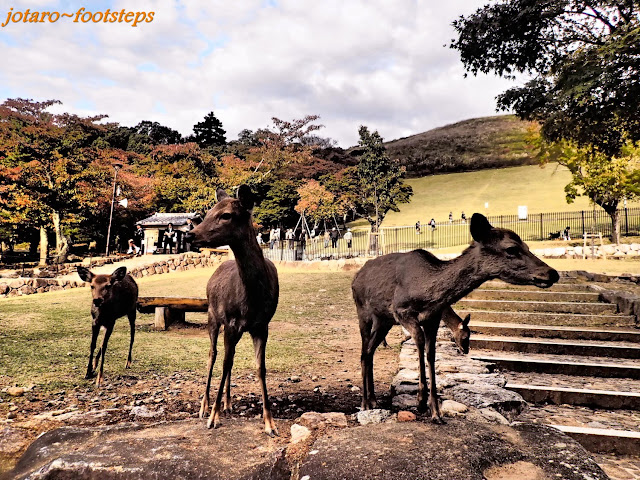 On the second day of our tour of Japan, we visited the Nara Deer Park. I like this park; it's a nice forest with paths leading to temples and shrines. There are even small hillocks at one of the edges. And most attractive are the deer that live within the park. 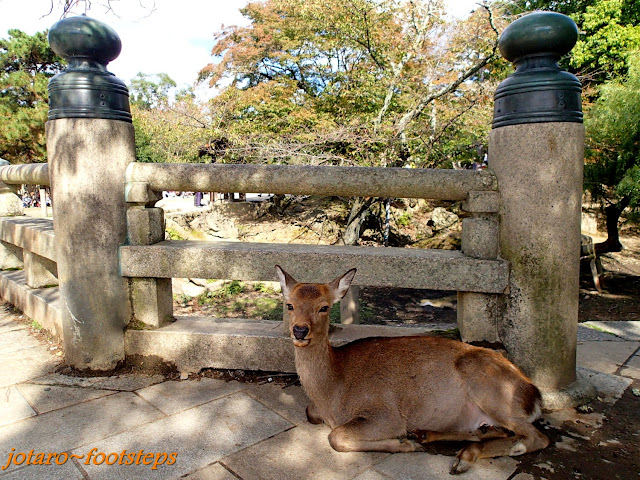 They are very tame and come out to mingle with visitors, allowing themselves to be fed and petted. 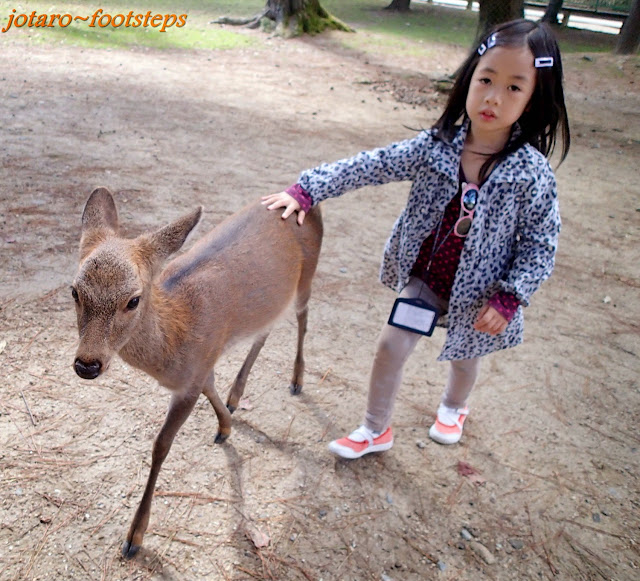 The deer are very used to the public presence, and are very friendly, even little children can play and pet them. 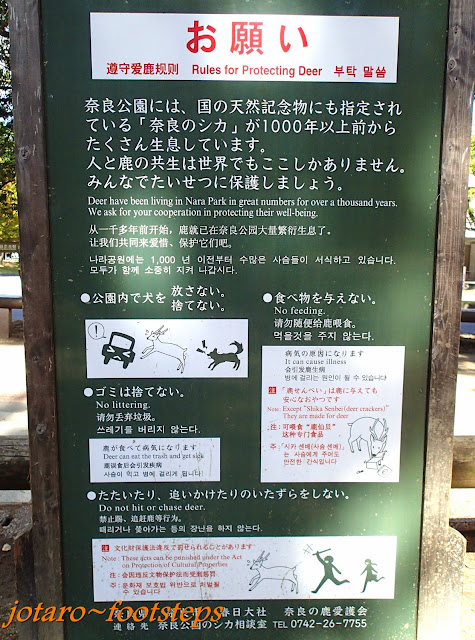 And yet these docile creatures have to be protected. At various spots around the park (near the entrance points) are posted these signages of "Rules For Protecting Deer"
According to these signs, the deer have been around this park for a thousand years and for them to continue to thrive these rules should be abided:
1. Do not bring dogs or other pets into the park, these other animals may chase the deer and cause accidents to happen.
2. Do not feed the deer except with the "Shika Senbei" (deer biscuits) that are made for feeding the deer. Other food may cause the deer to fall ill.
3. No littering. Deer can and will eat rubbish and fall sick.
4. Do not hit or chase the deer. These acts are punishable under the Act on Protection of Cultural Properties. Yes, the deer are part of the historical culture of this place. 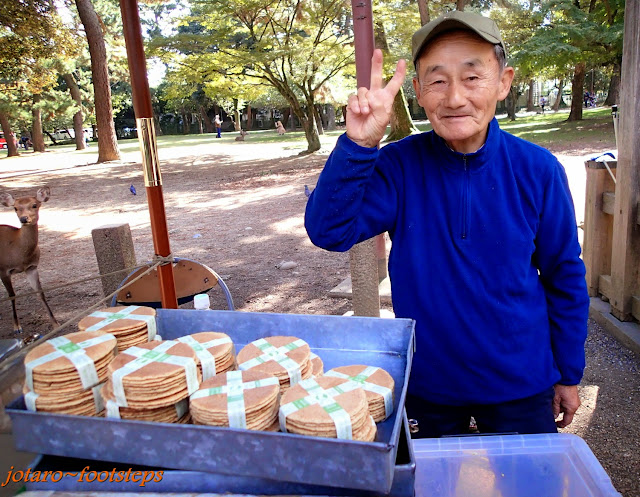 The deer crackers can be bought from vendors at the entrances to the Deer Park. 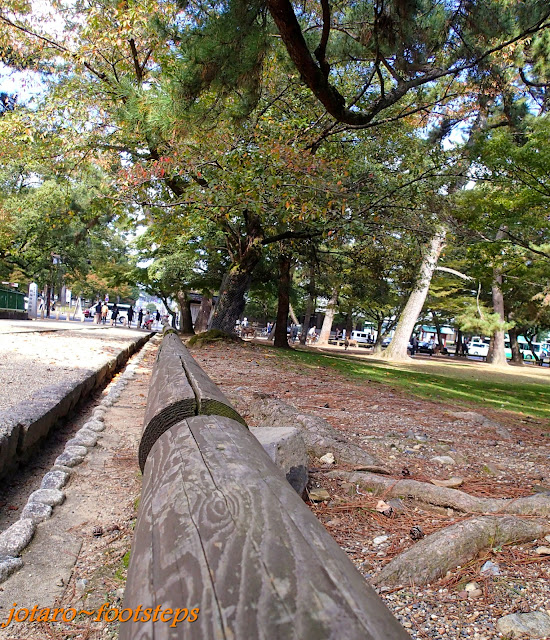 The entrance to the Nara Park looks like just a park but as one explores further inwards, the park reveals its glory and beauty. 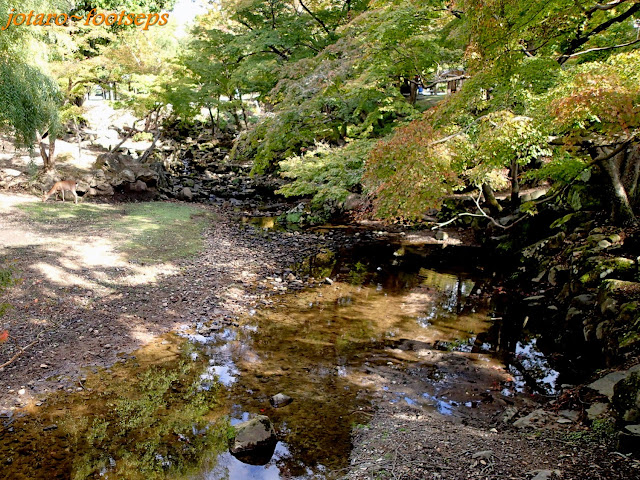 The park is in fact a forest, officially called the Nara Park. It encompasses 60 hectares of a reserve where the deer roam freely. Within the park are several temples and shrines, the most renown of which is the Todai-ji Temple.

Below are more photos of the deer in the park: 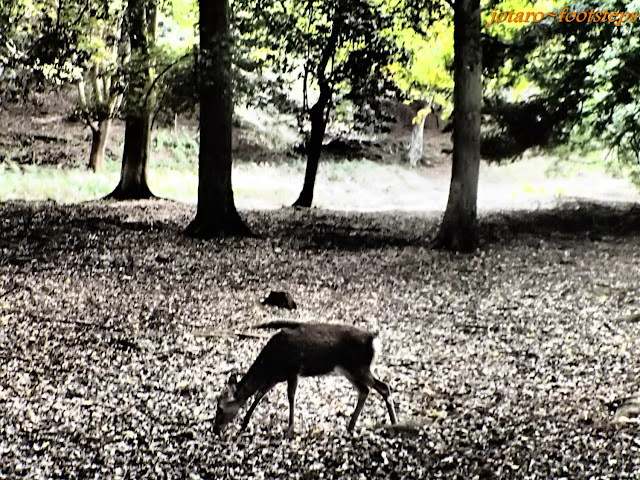 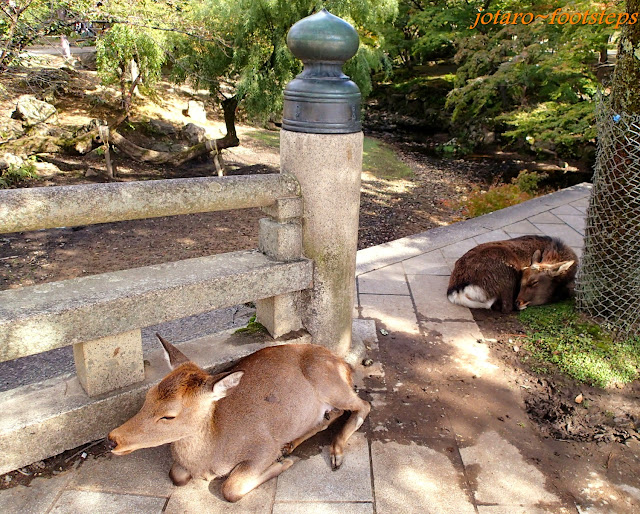 In summer, during the afternoon, the heat gets to the deer and they take naps then. 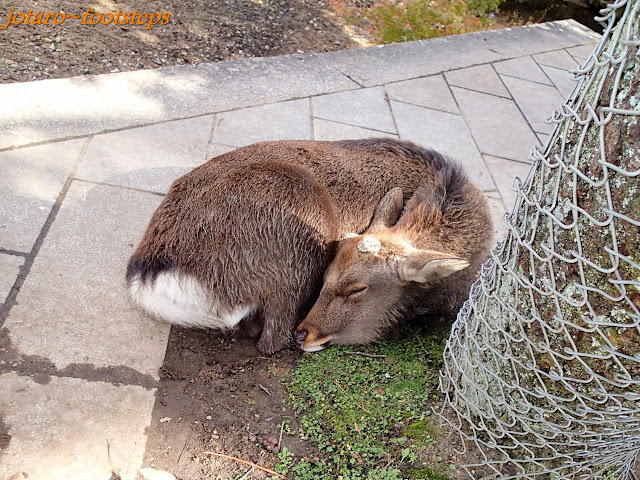 A deer cosily snoozing away. 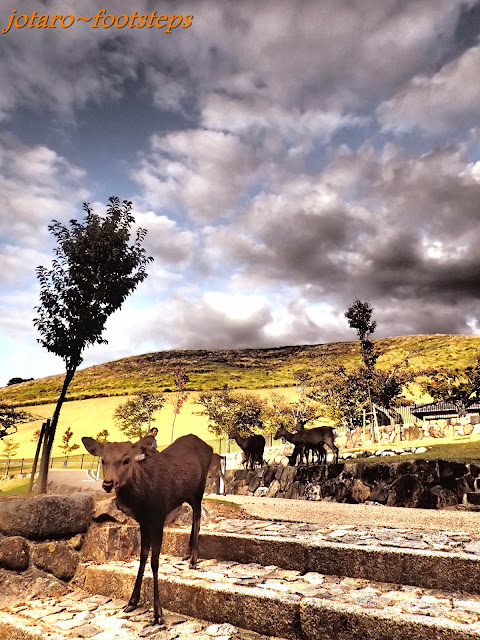 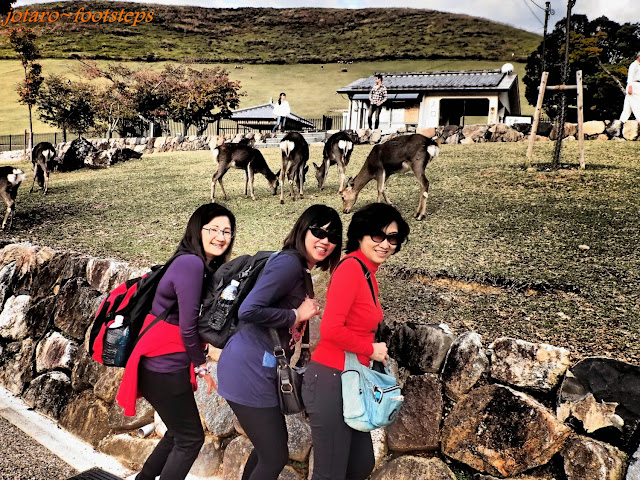 They graze and eat grass at the meadows. 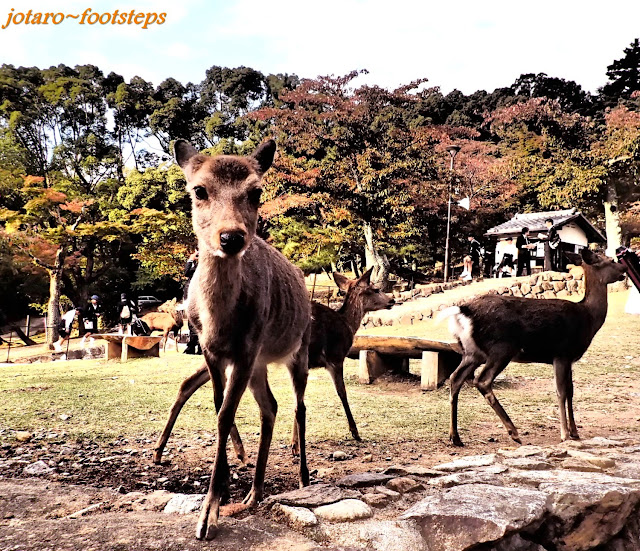 The locals informed that the deer go up to the hills to pass the night. 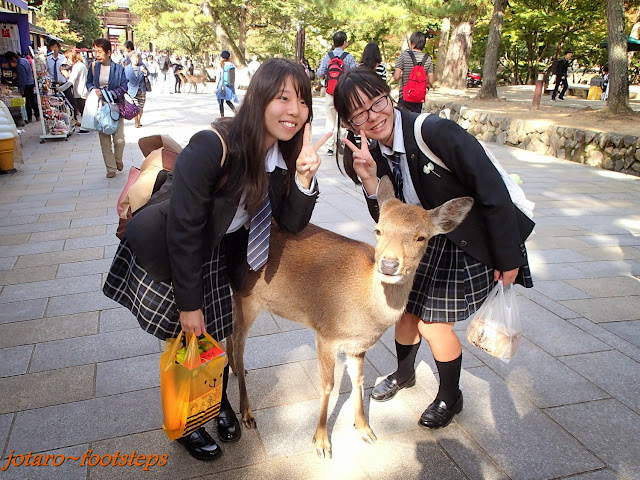 Visitors, local and foreign, like to have photos taken with the deer ... 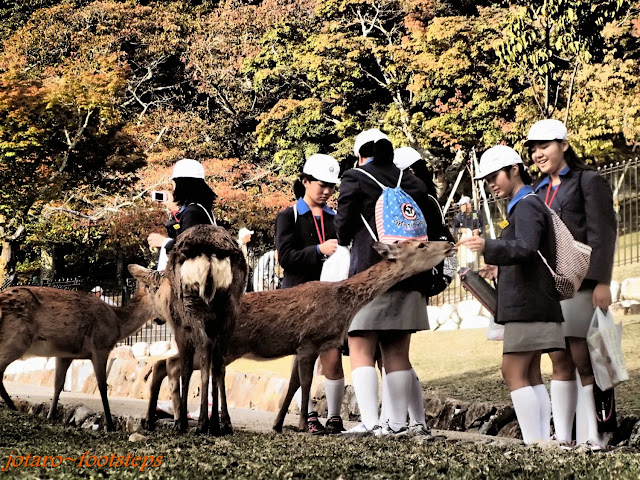 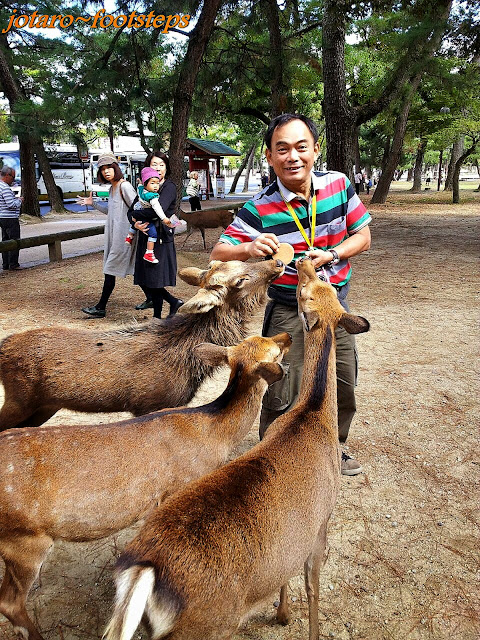 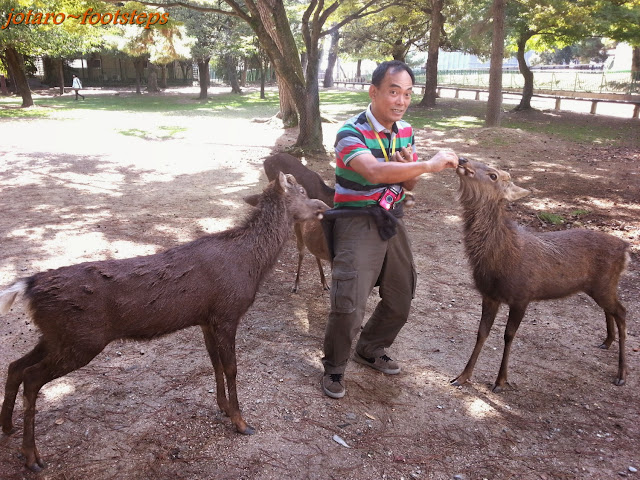 But do be careful though, some of the deer do become over-enthusiastic when it comes to feeding. They will nip and tug on visitors clothing. 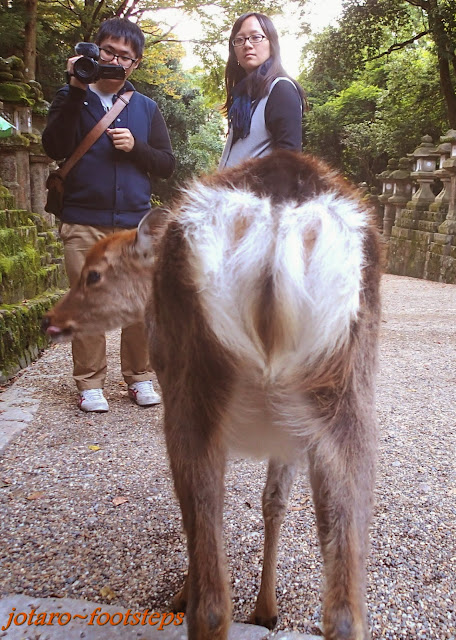 The Deer Park is one of the must visit places in Nara; do not miss it or you will lose a beautiful chance to bond with nature.