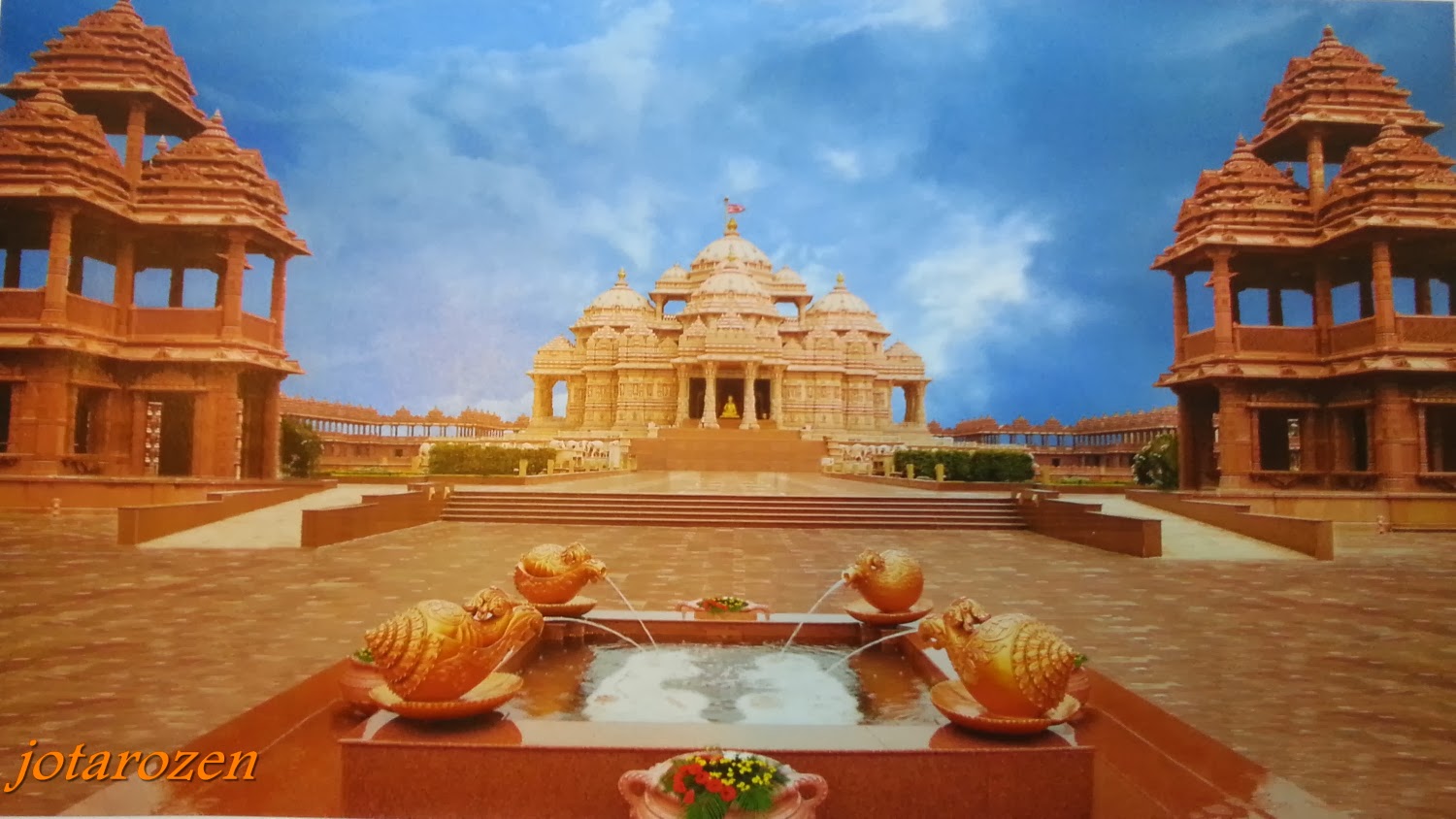 The Akshardham built in honor of Swaminarayan in New Delhi may be a relatively new structure when compared to many others in India that are centuries or even millennia old. But it is a place of very fine and superb architecture that showcases the skills of present day Indian designers and builders. I am glad that I managed to visit this magnificent place during our tour of India.

(Note:
1. The photos used here are taken from a brochure purchased at the souvenir shop of the temple that I share here with you. As such it is not of the best quality. My advice is to go there physically and experience the place; there is so much more to feel and see while being there personally.
2. Security is very strict at the place. At the entrance gate hand-phones, cameras,video-cams and any recording devices are to be surrendered. No bags including back packs and ladies' handbags are allowed in.)


A BRIEF HISTORY OF SWAMINARAYAN 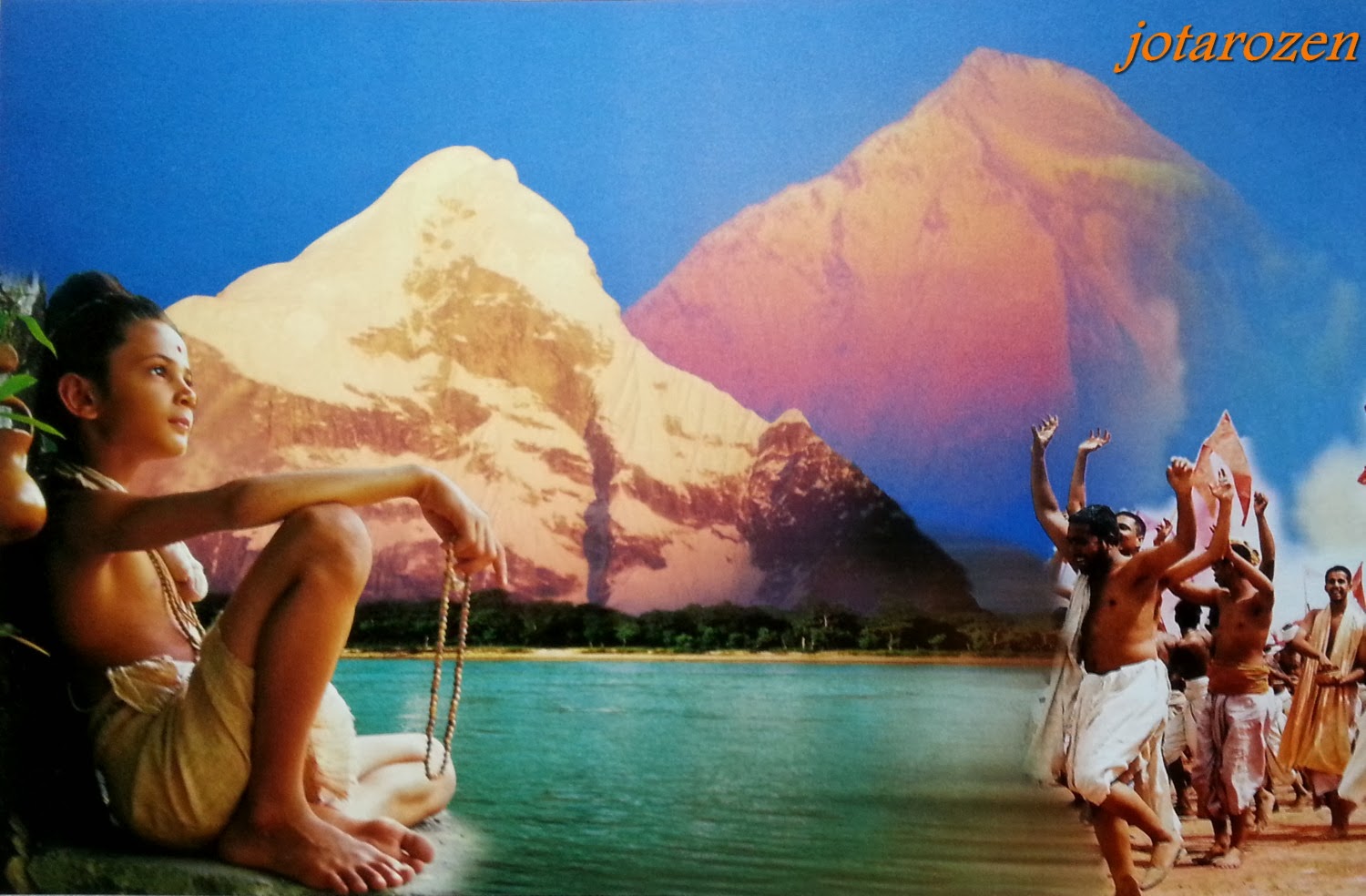 Inside, a section shows statues and photos of the swami, tracing his religious journey from a young boy to adulthood. Swaminarayan was born in Chhapaiya, Uttar Pradesh, India in 1781. His real name was Ghanshyam Pande, and at a young age was a follower of guru Ramanand Swami. At a young age, he carried out a seven year pilgrimage where many followed his preaching, which led to a start of a new form of Hinduism called Swaminarayan Hinduism. 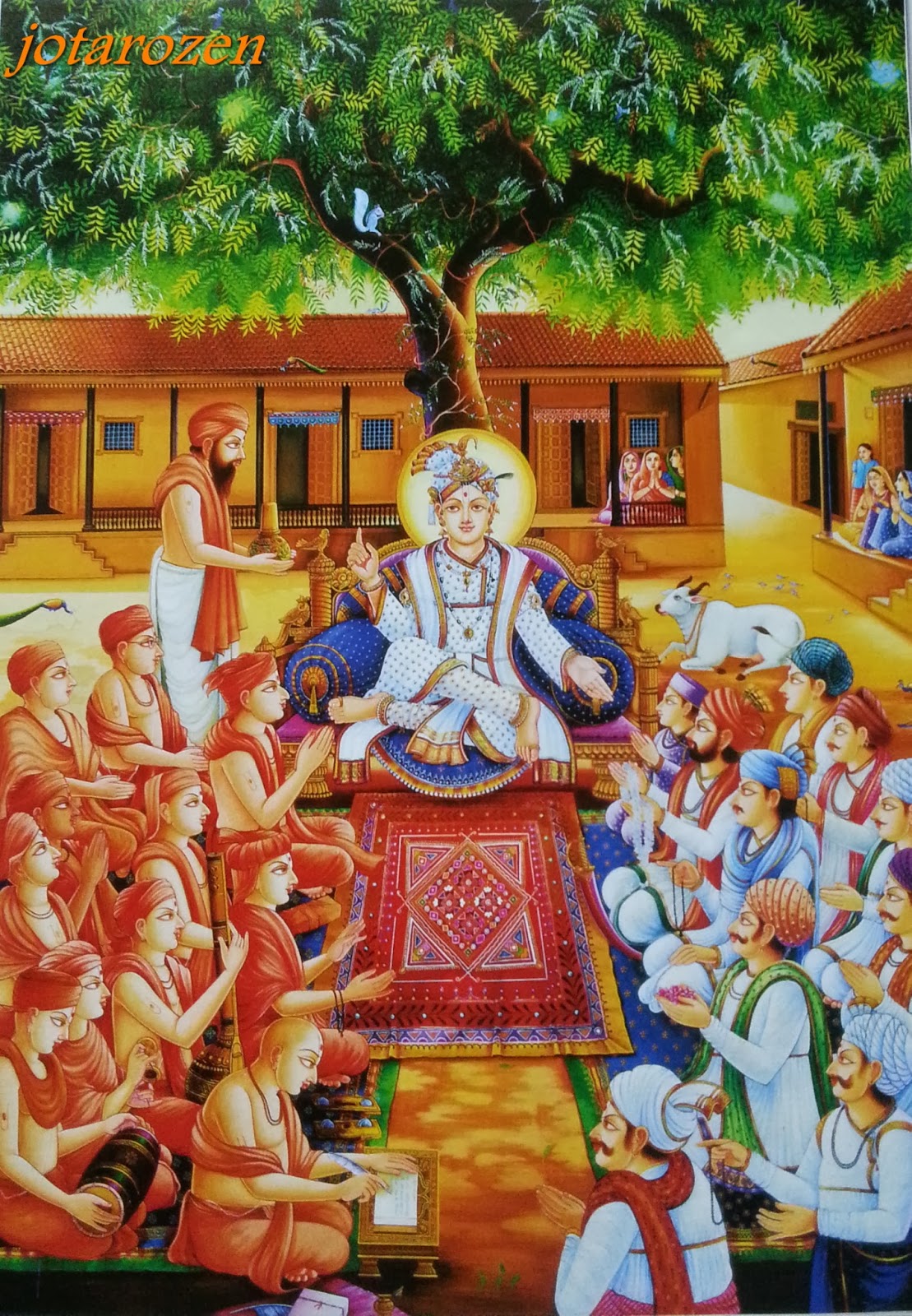 To his devotees, he is an incarnation of god and during his lifetime he built six temples and hundreds of shrines. Prior to his death in June 1st, 1830, he was renown for reforms for women and the poor; and also for performing miracles. By the time of his death he had close to two million followers, presently his followers are estimated to be more than twenty million.

Built from red sandstone, the Ashardaham looks very grand. Entry is through two entrance gates called the Peacock Gates, with the the main temple building sitting further in at the centre. 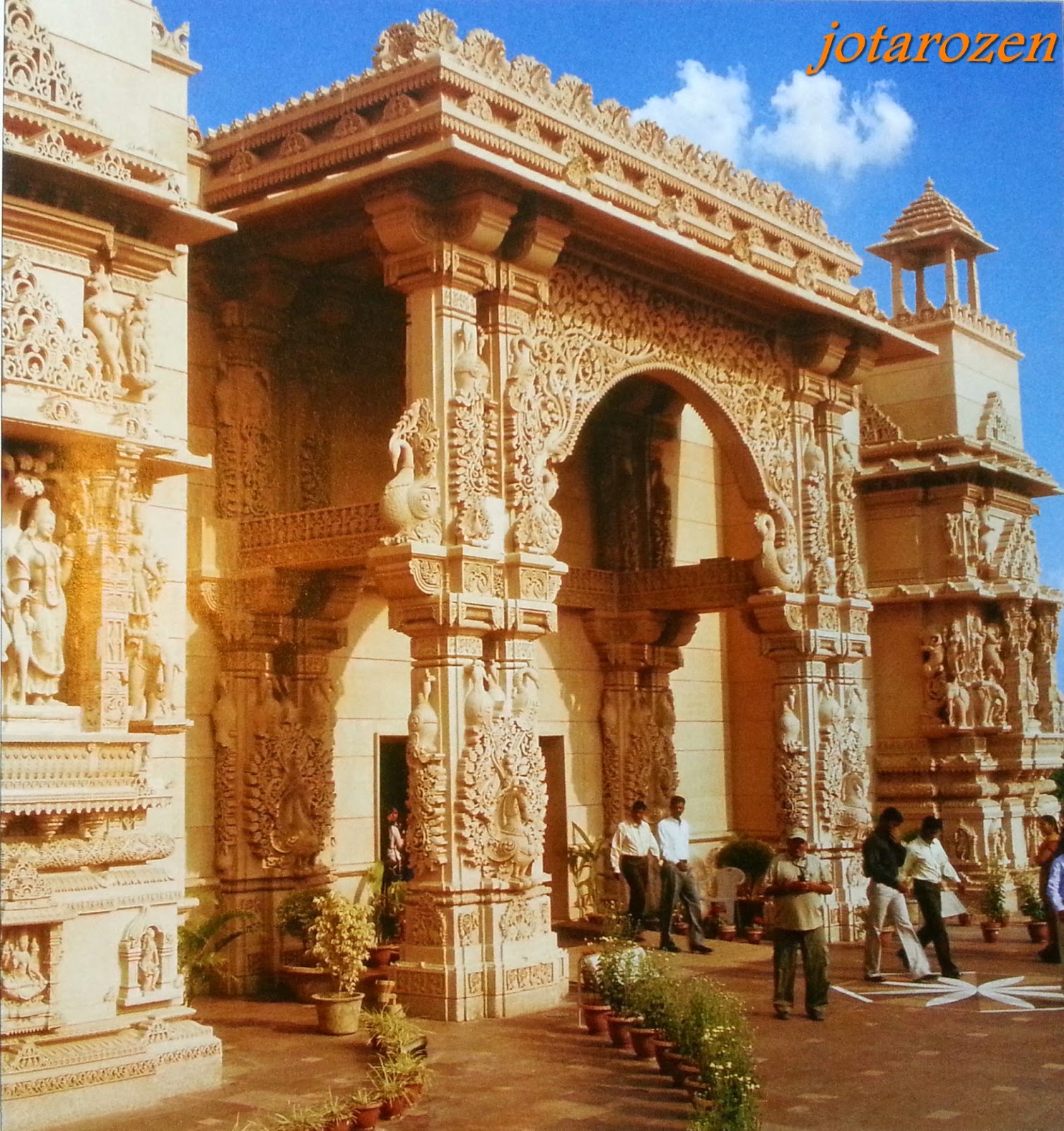 Closer view of one of the gates. 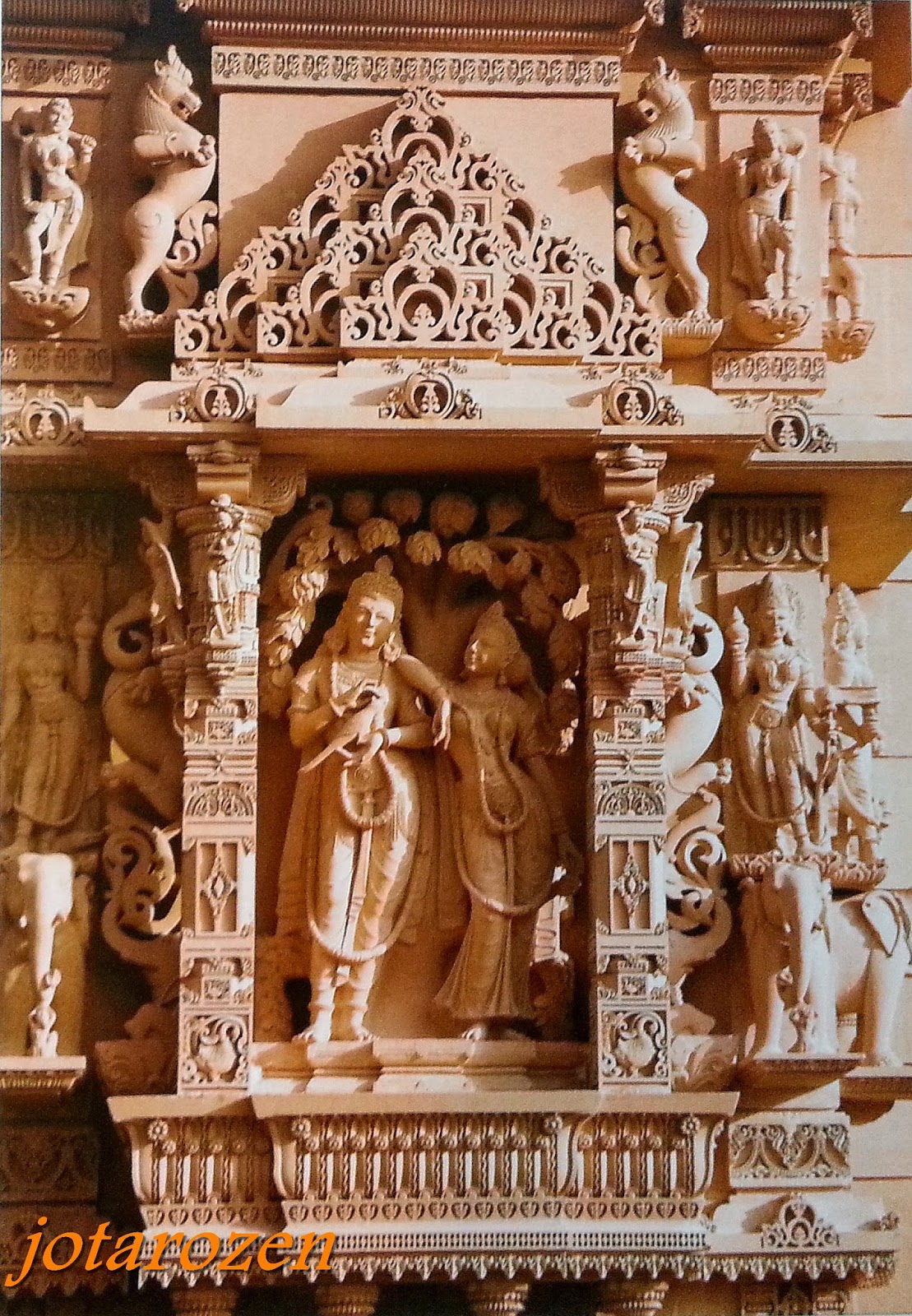 A detail look of the intricate carvings on the gates; 869 peacocks carved in various poses adorn each gate. 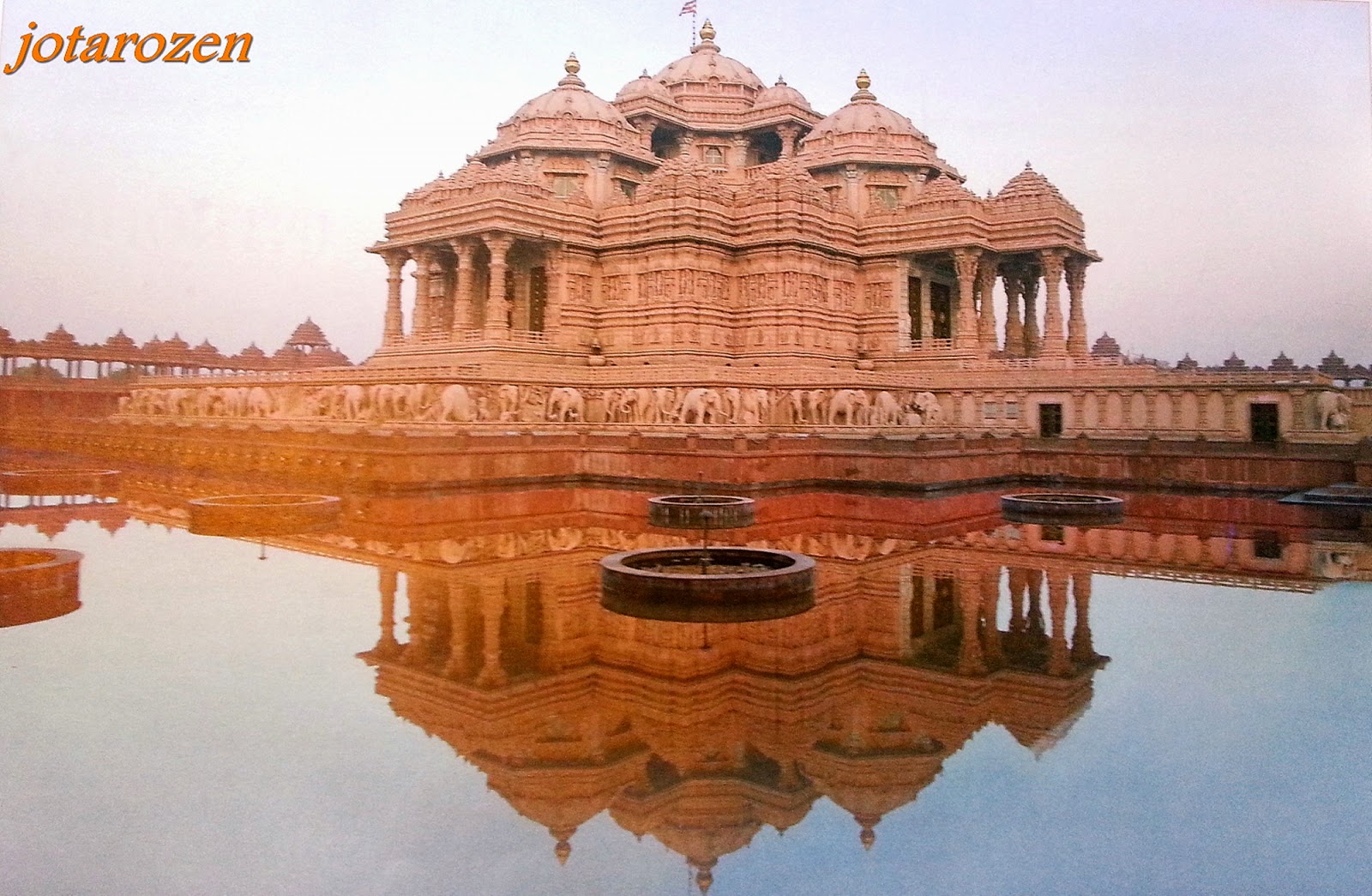 Reflections onto one of the two pools at each side. 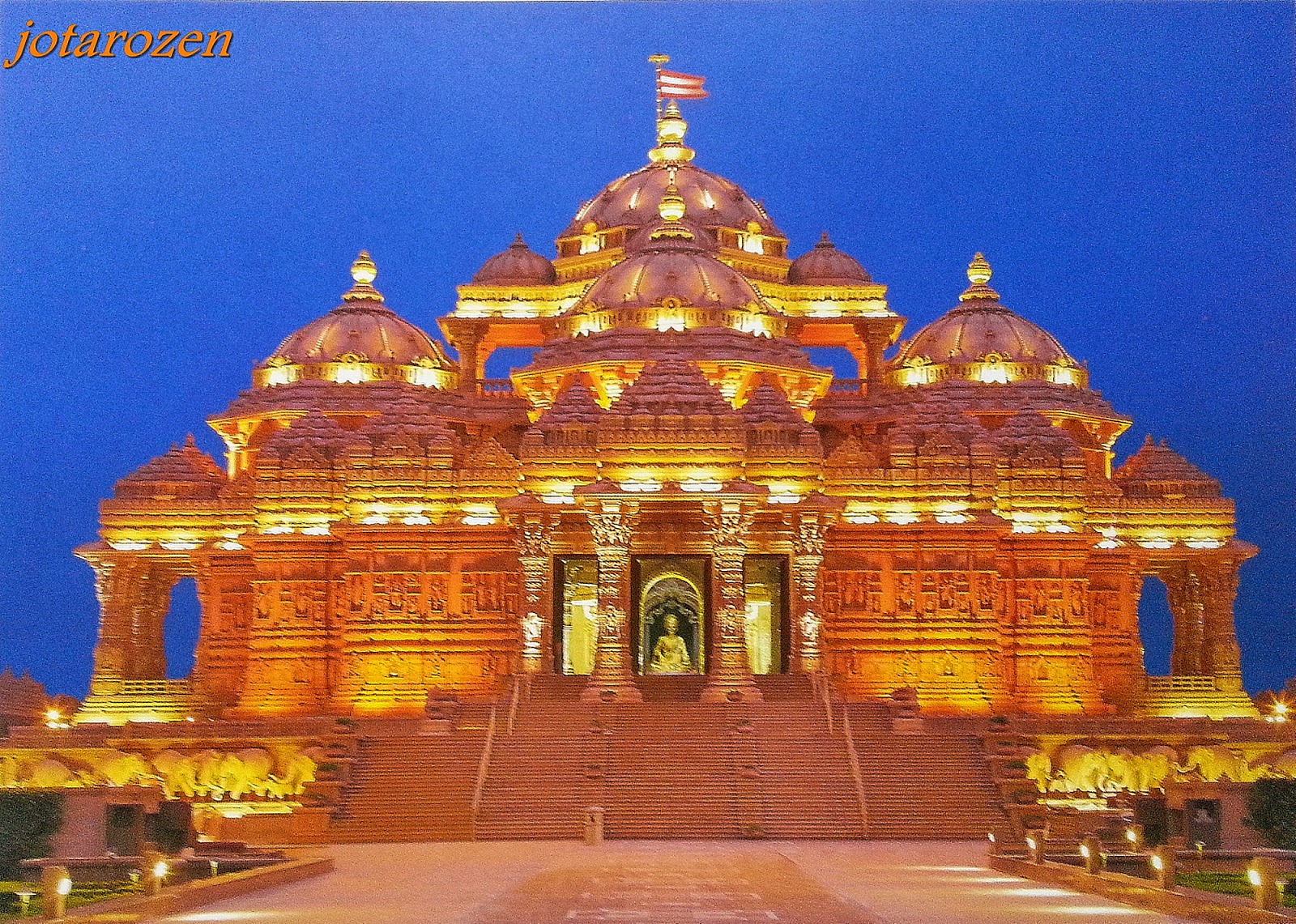 A splendid night view of the main temple building. 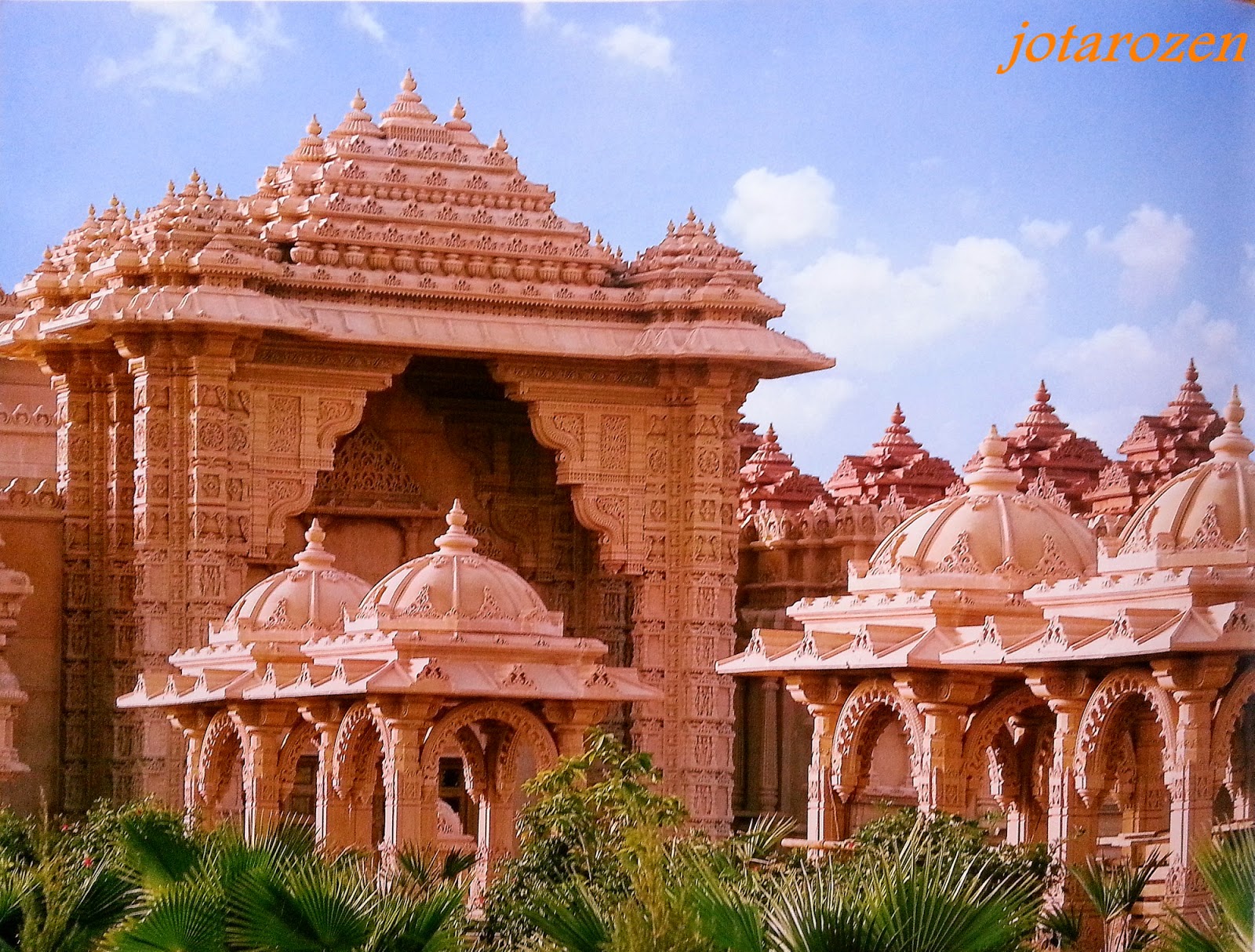 View from one of the gardens, showing many of the mini-pavilions that ring the building. 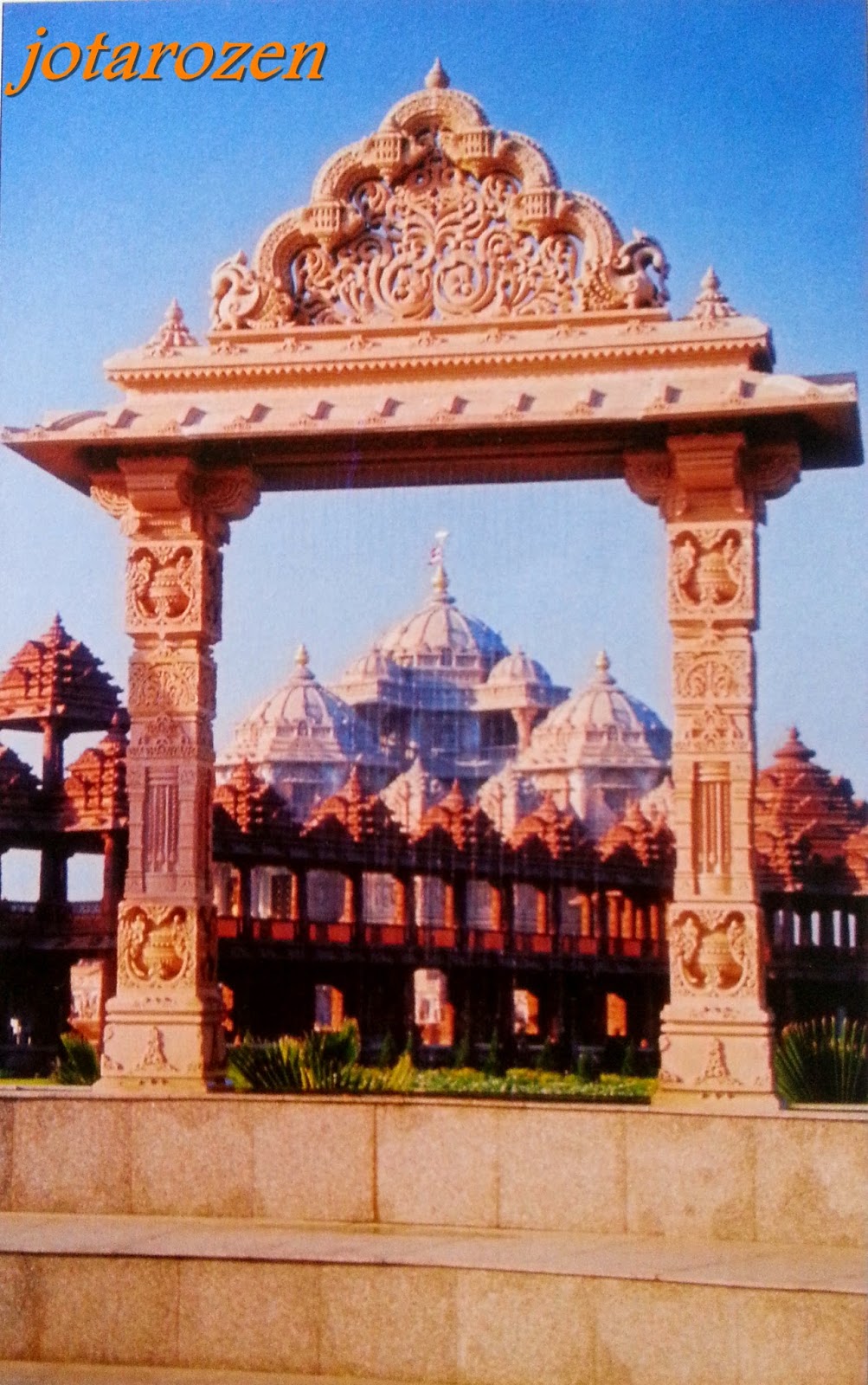 View from on of many garden arches. 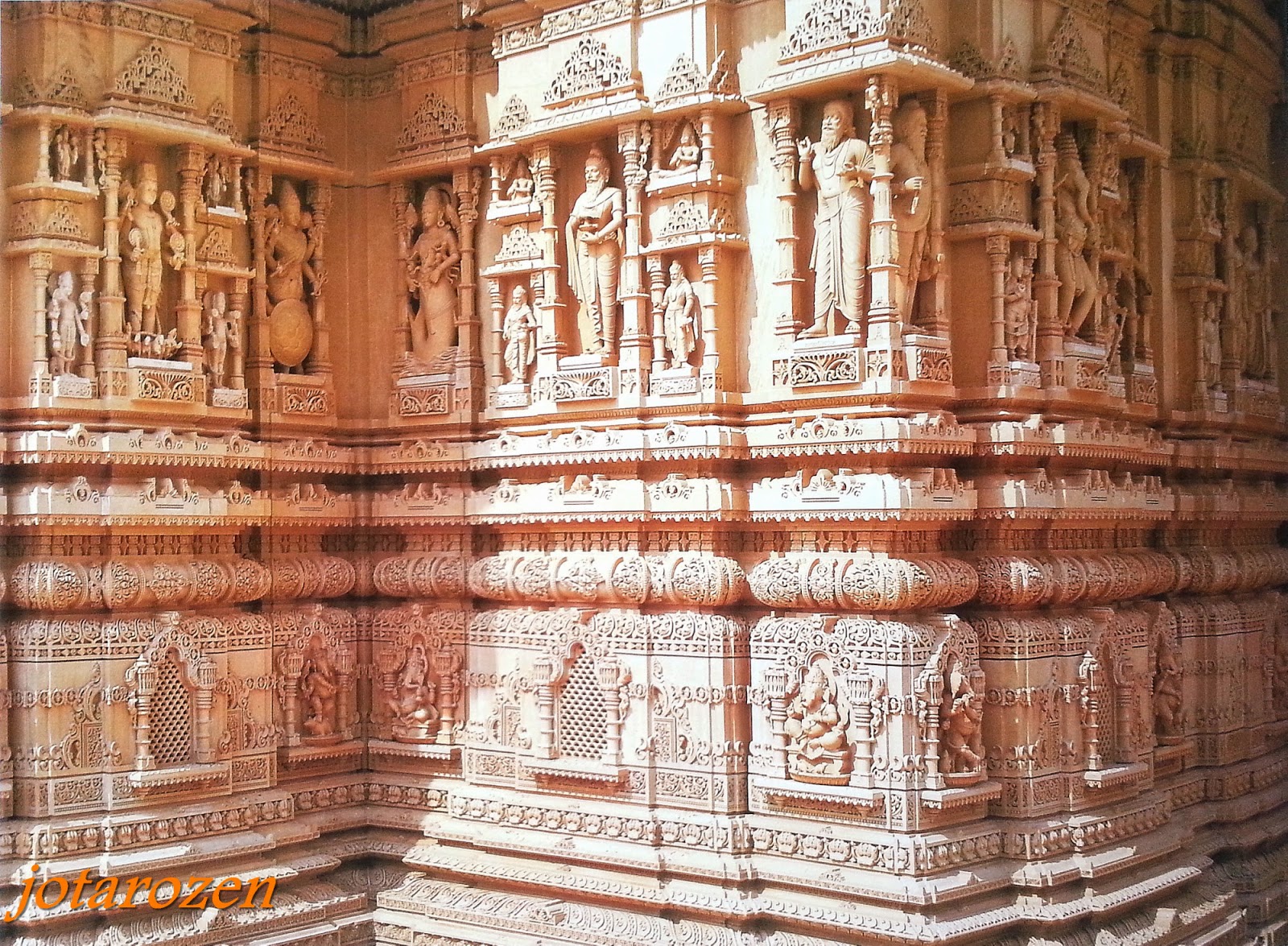 Another view of the Mandovar wall with it's sharp angled wall soften by ingenious carvings. 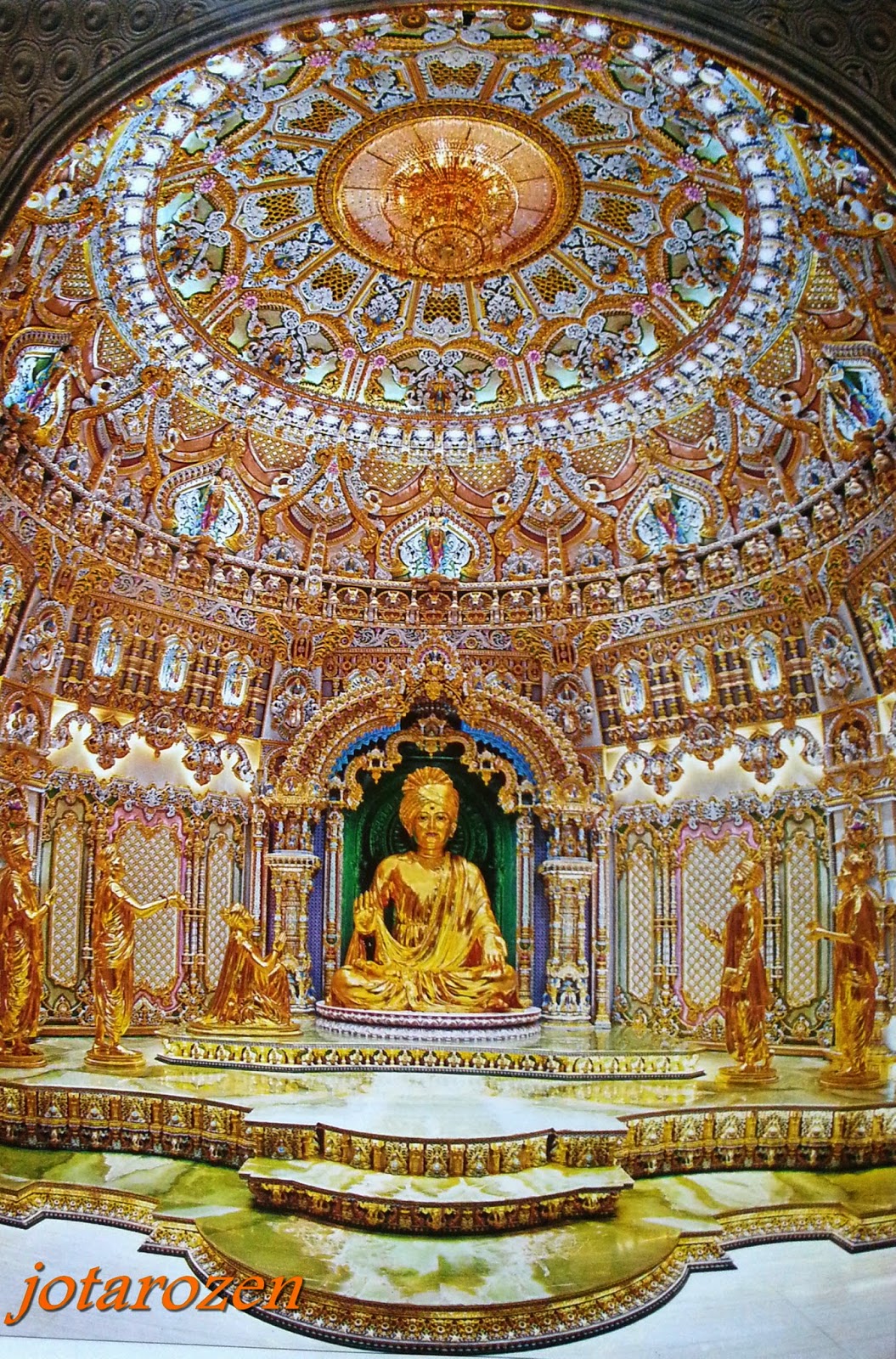 If the outside looks grand, then the inside is even better - majestic and colourful, like a palace fit for a king. 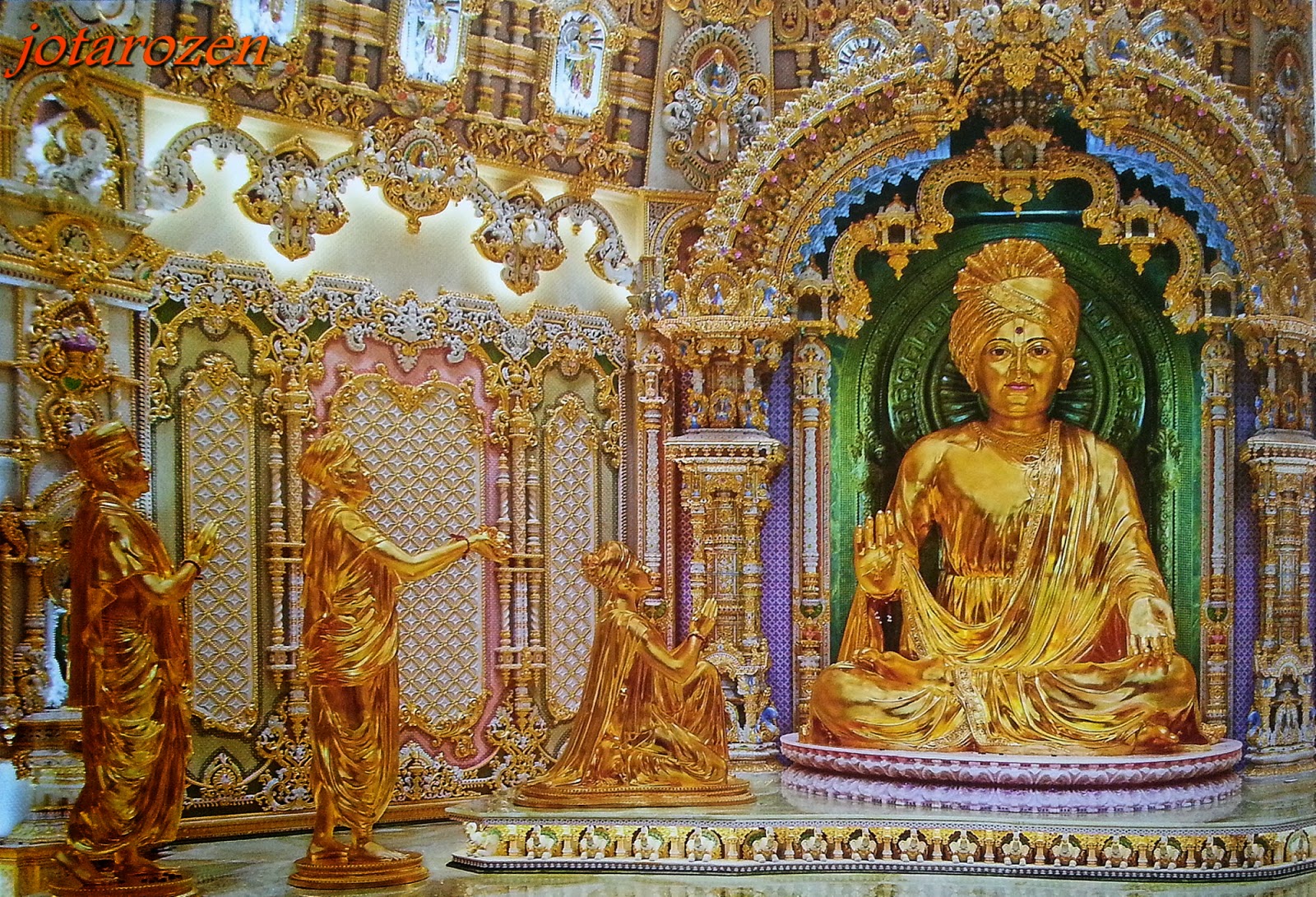 At the centre is a large gold statue of Swaminarayan, with his golden statues of his close disciples paying tribute to him. The room is line with pillars and arches with gold trimmings and inlaid with semi precious stones. 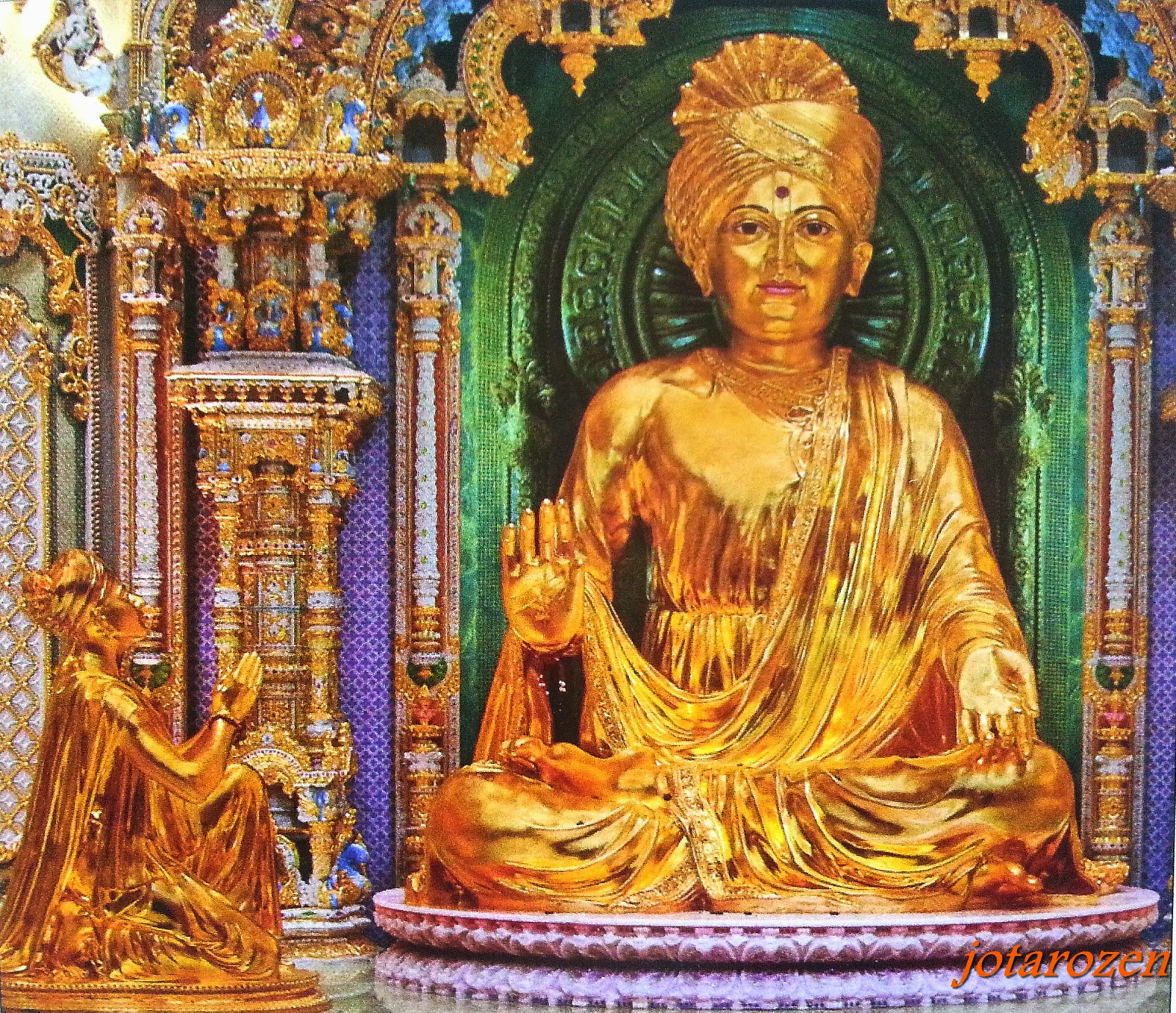 The statue of the swami sits on a violet "lotus leaf" and set into a jade-green alcove. 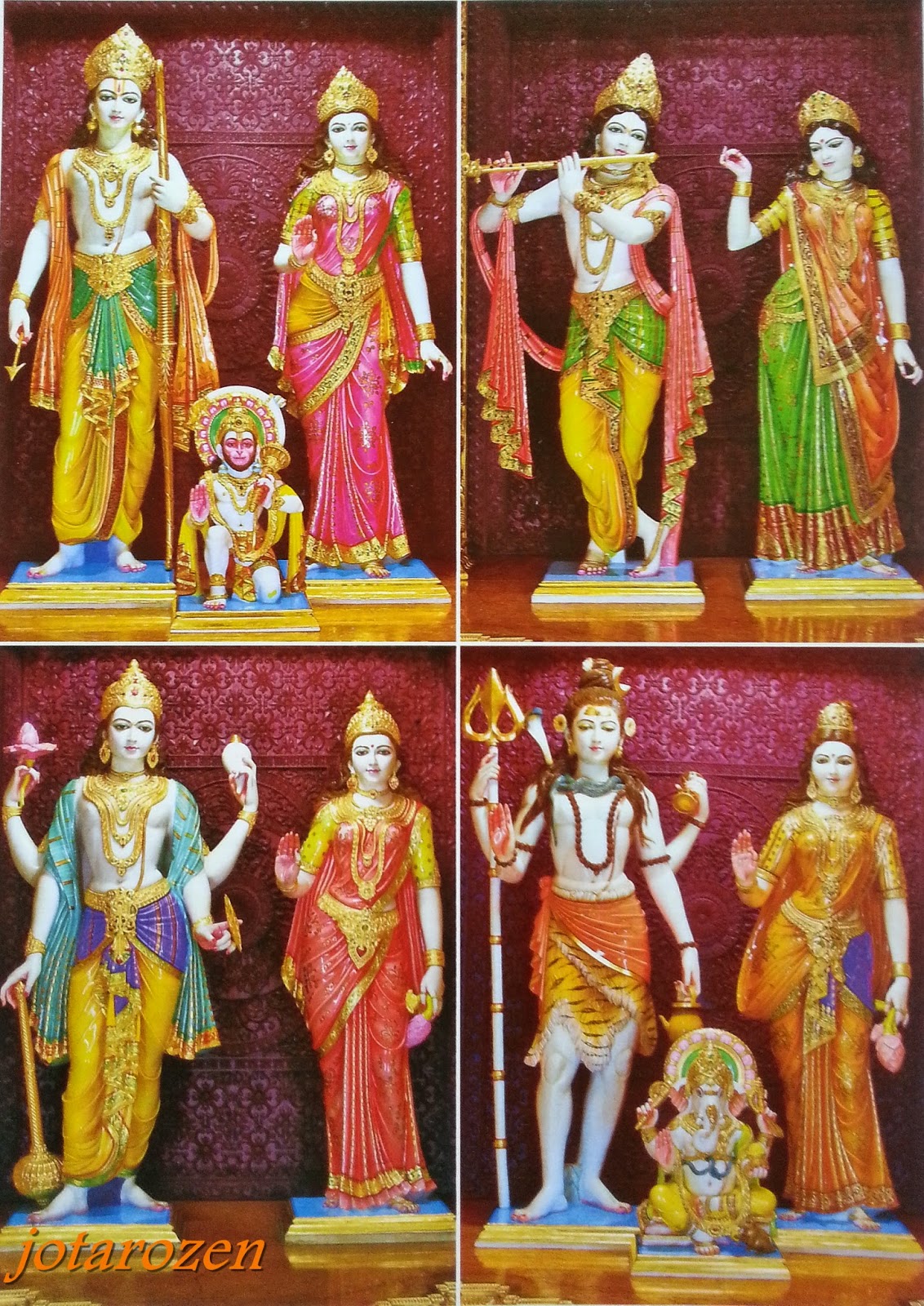 In smaller alcoves at the internal perimeter are statues of other Hindu gods - Hanuman, Ganesh, etc. 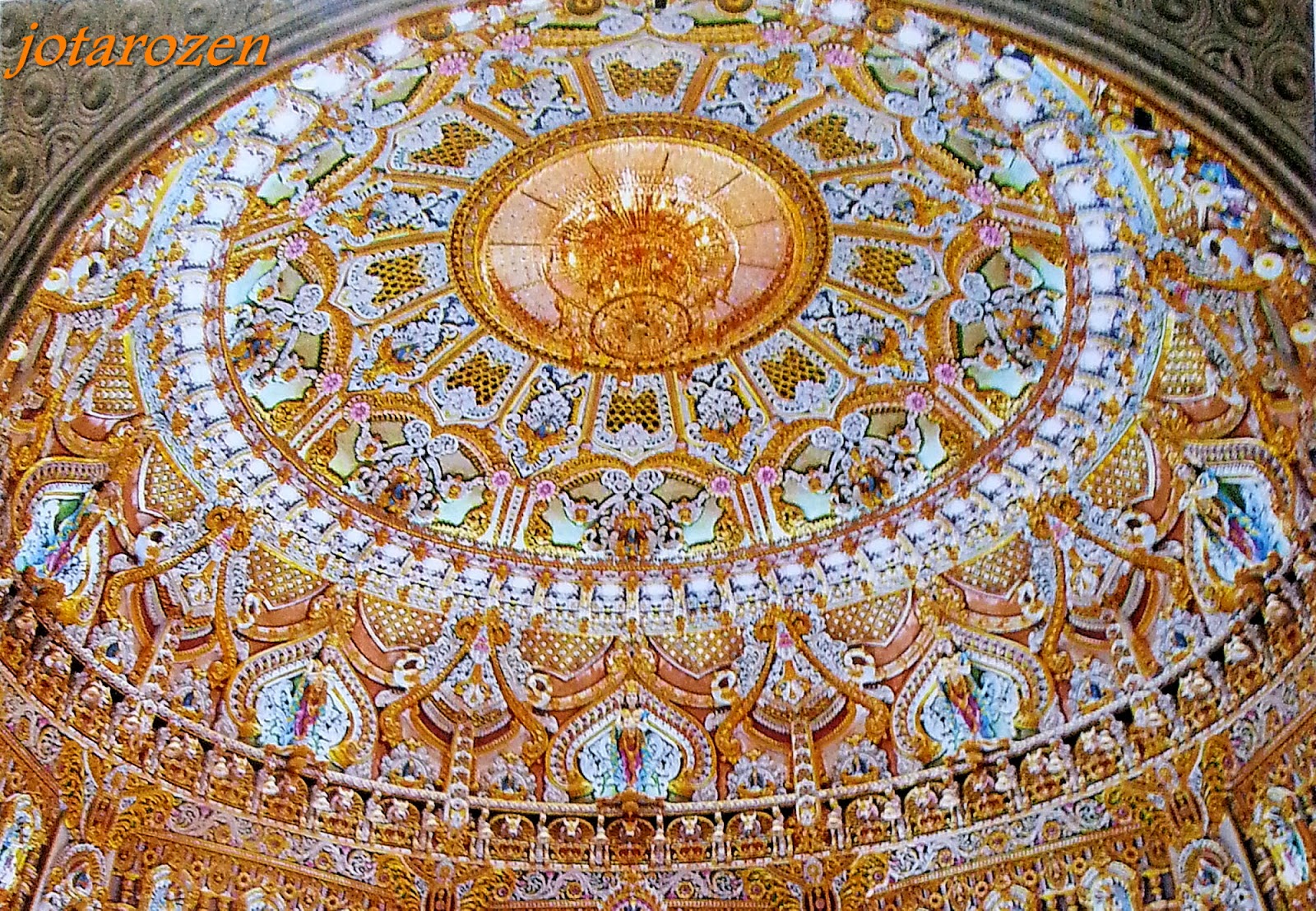 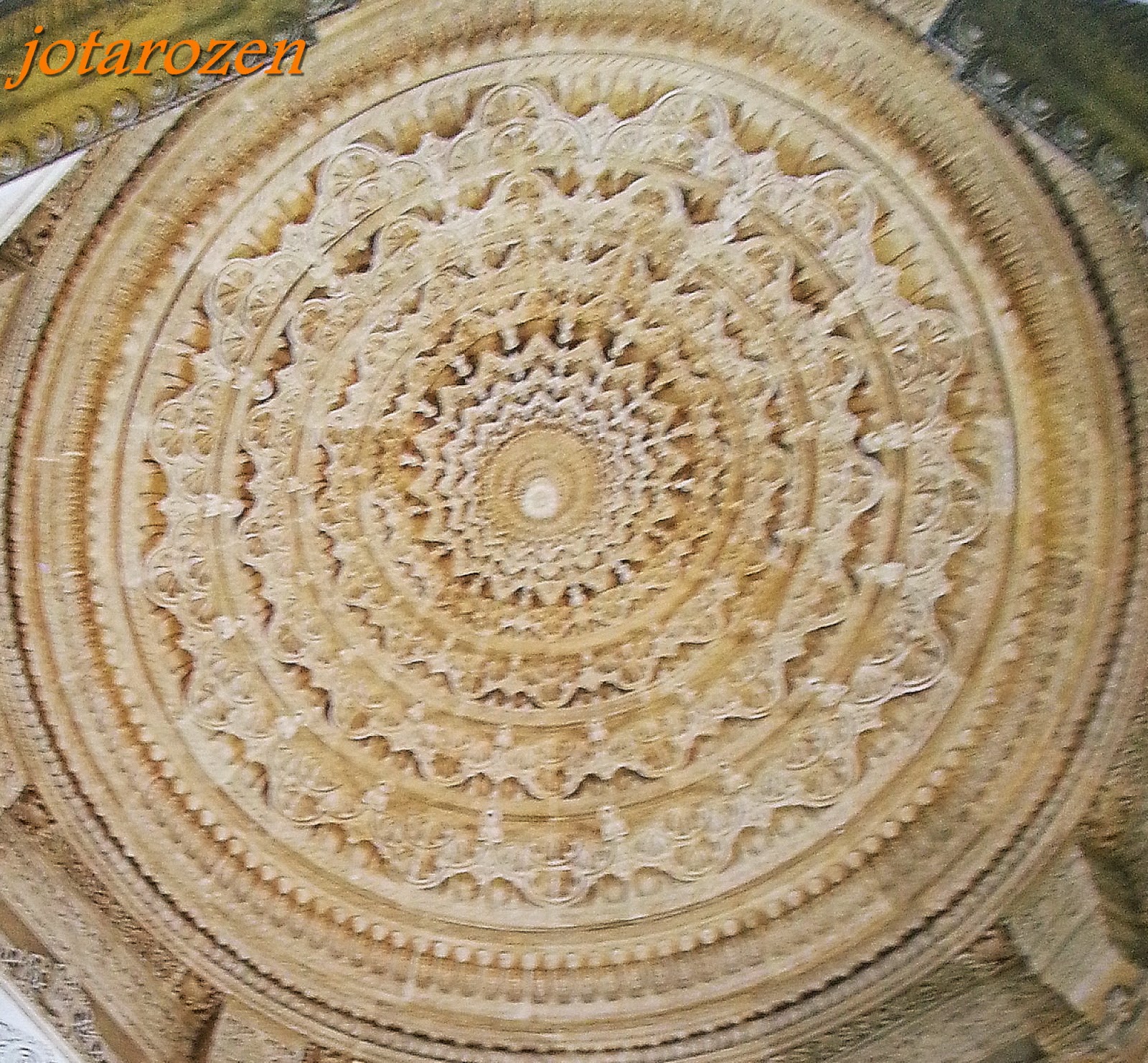 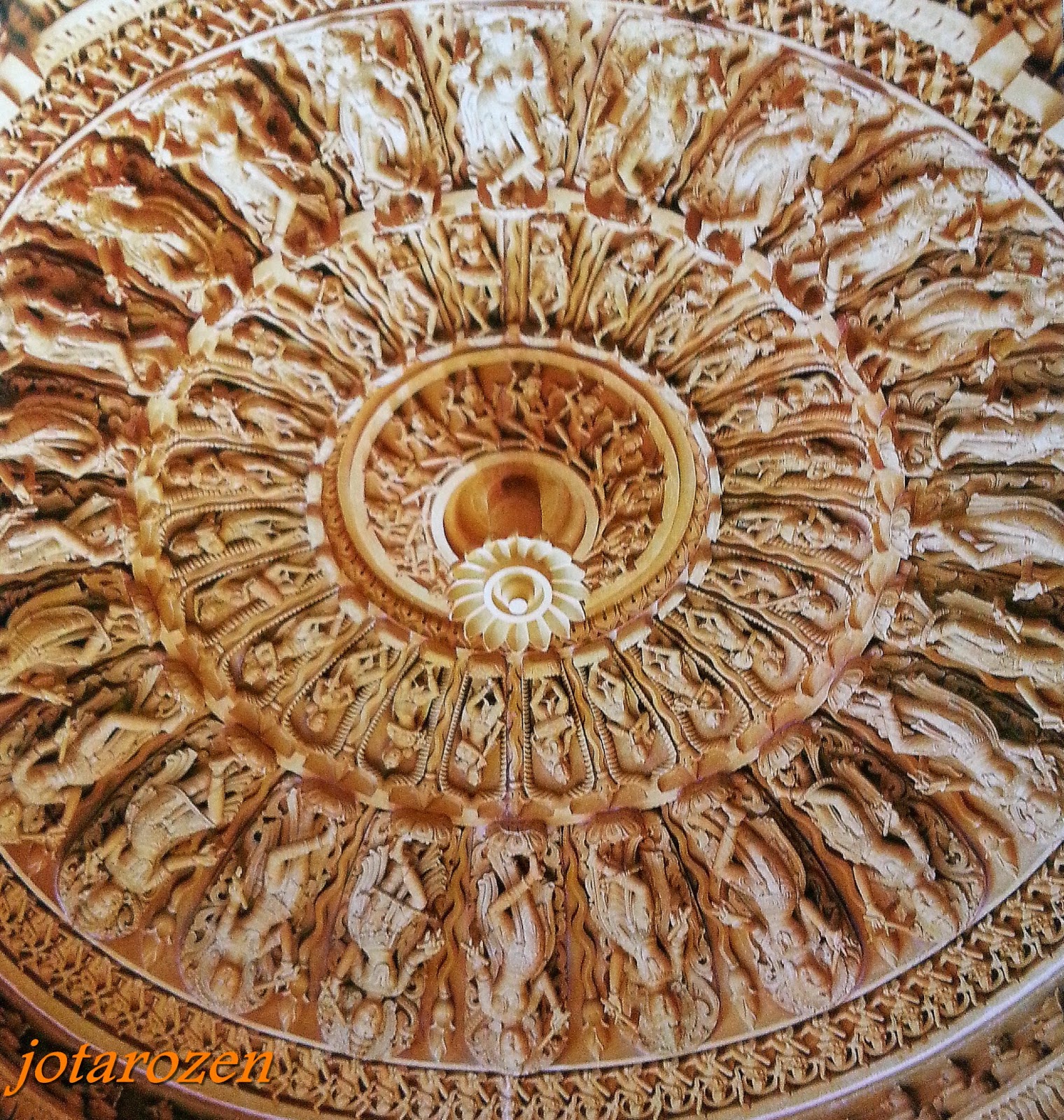 A unique dome ceiling with carved statues and a carved lotus flower centre. 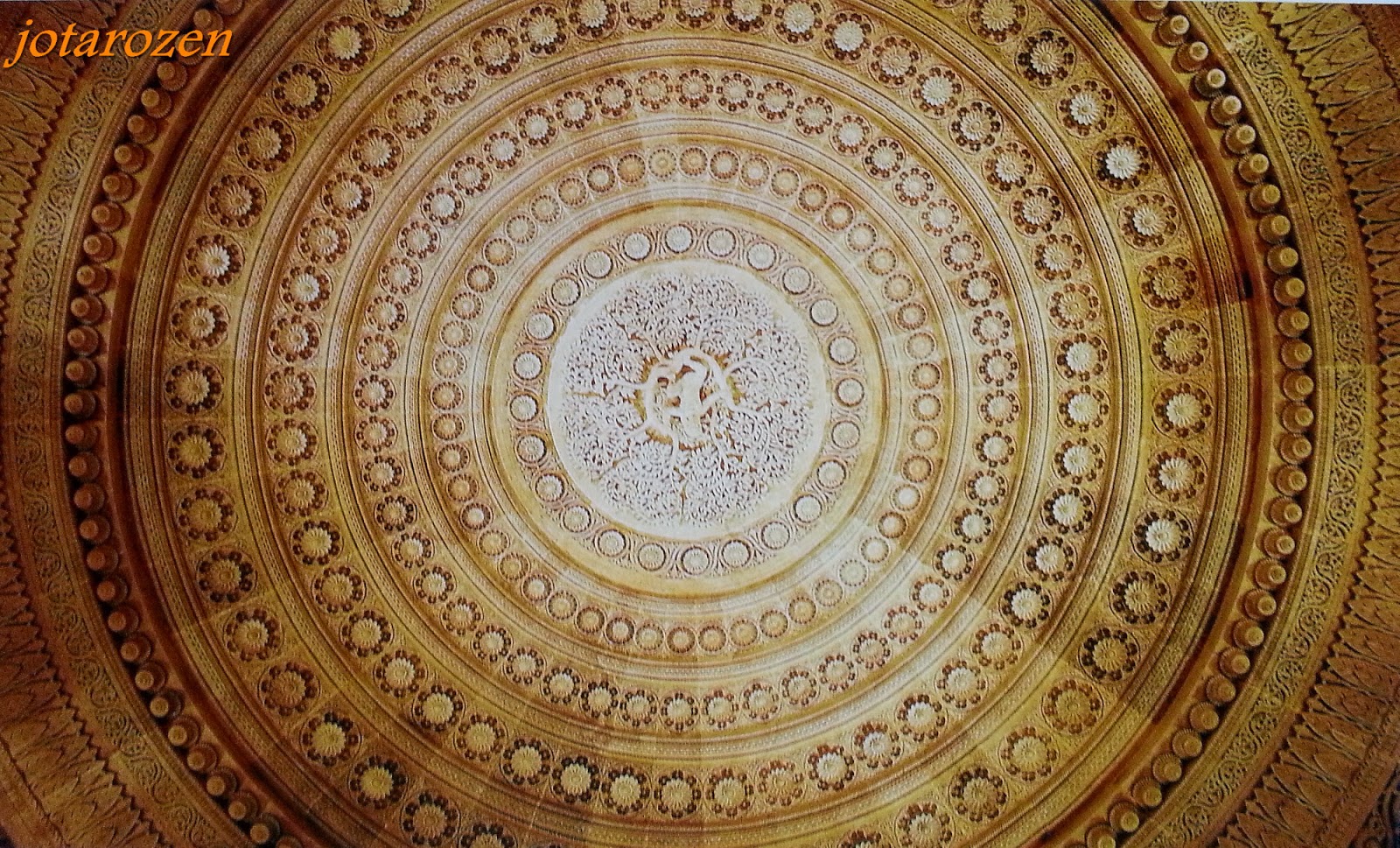 "Tree of Life" dome ceiling with concentric rings and smaller radiating rings. What does this signify; perhaps that life emanates from the centre to affect others in the outer rings which is further subdivided into individual social rings. 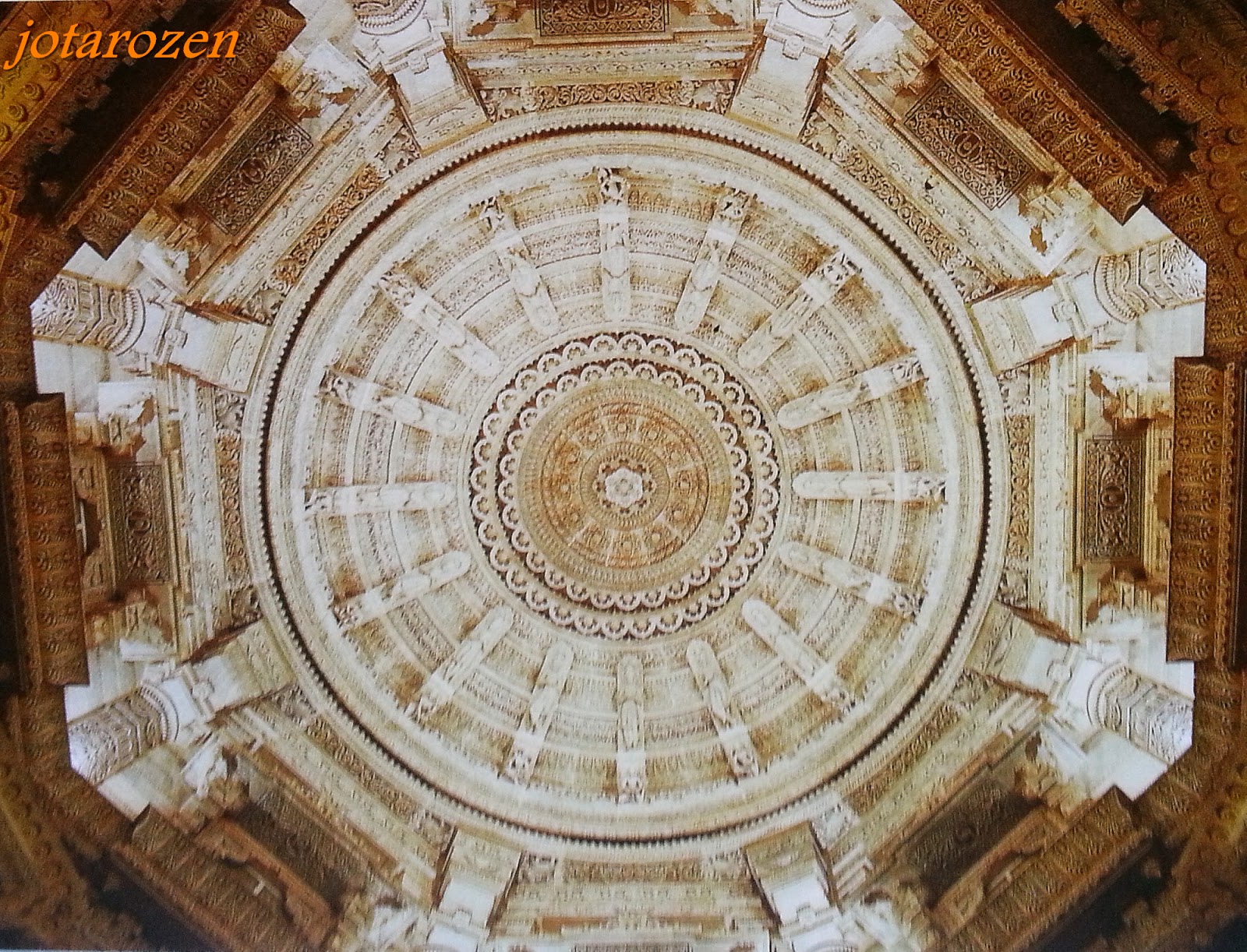 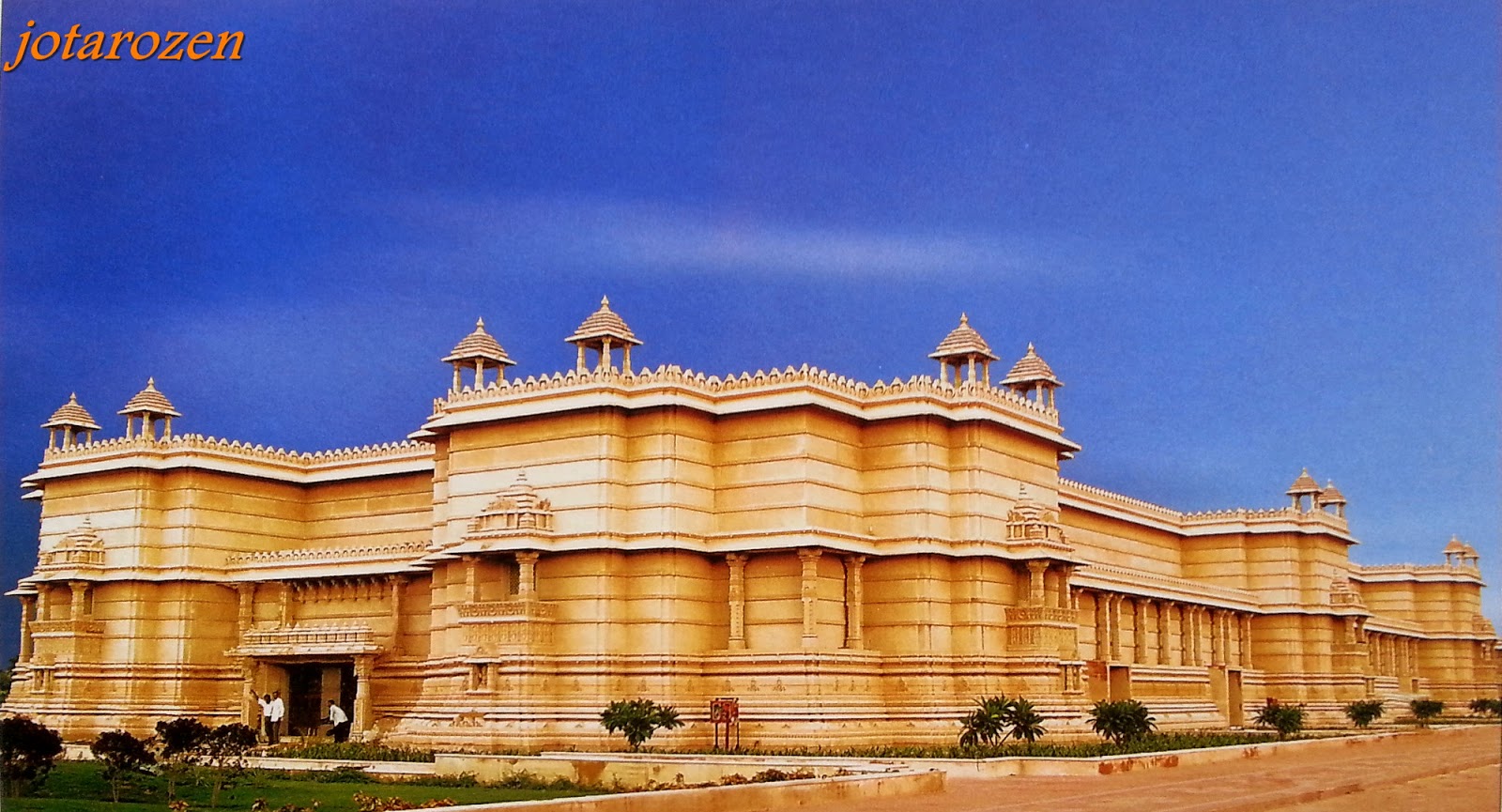 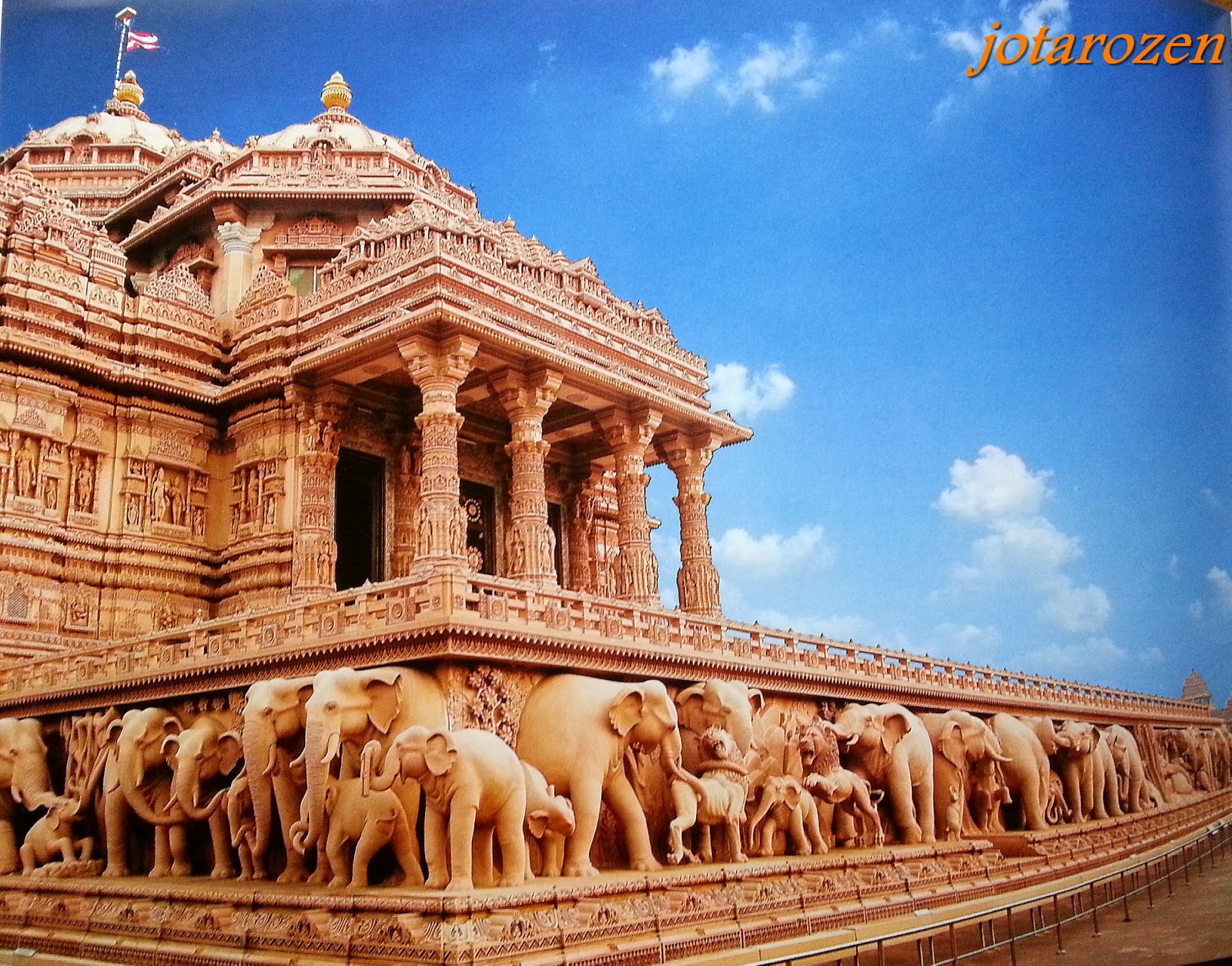 The Elephant Wall.
At the rear of the main temple, is a long wall approximately three metres tall with carvings of hundreds of elephants. Each of these elephants have a distinct pose, none of the pose is repeated. 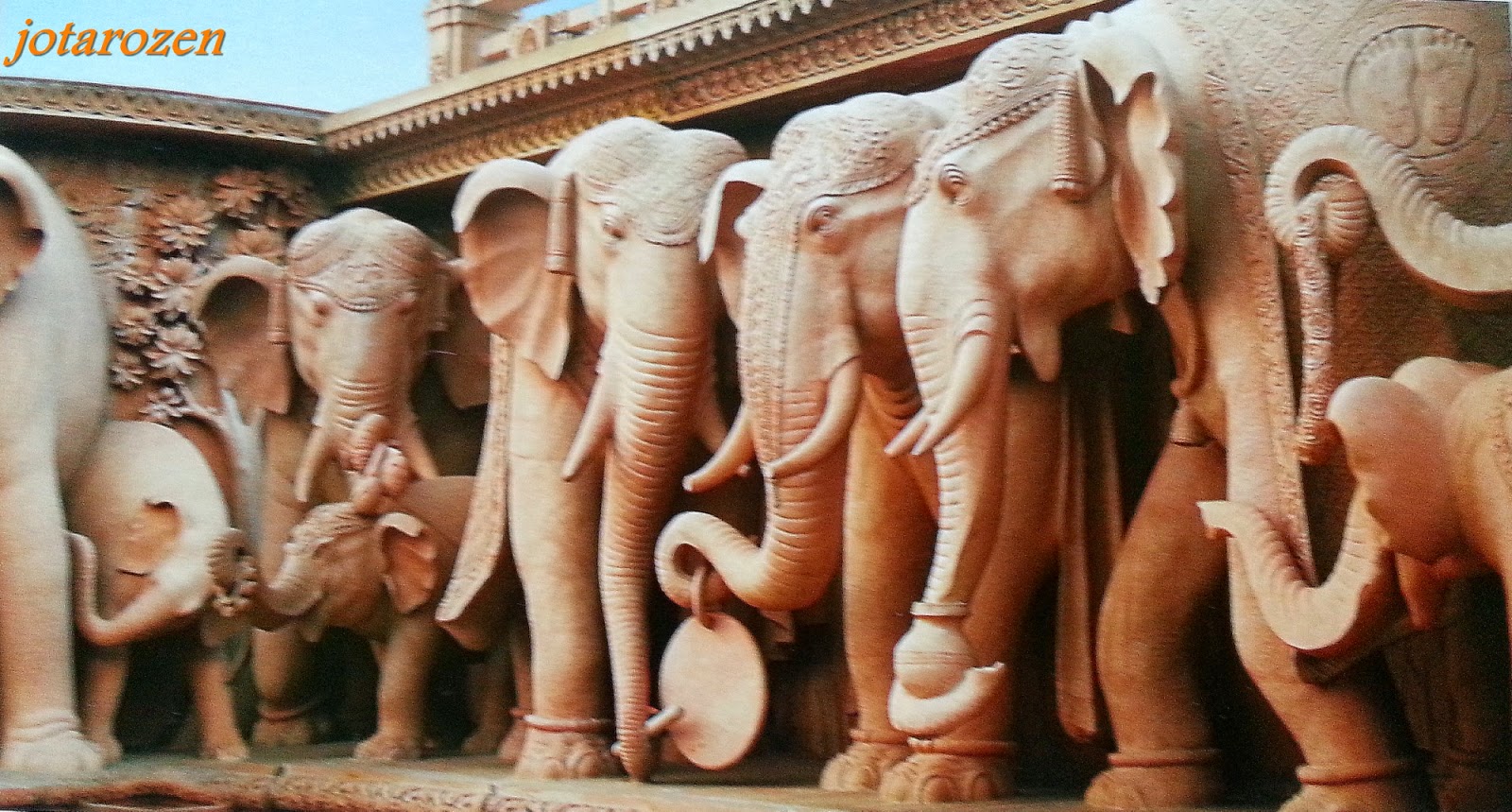 Close up of red sandstone elephant statues of the Elephant Wall. 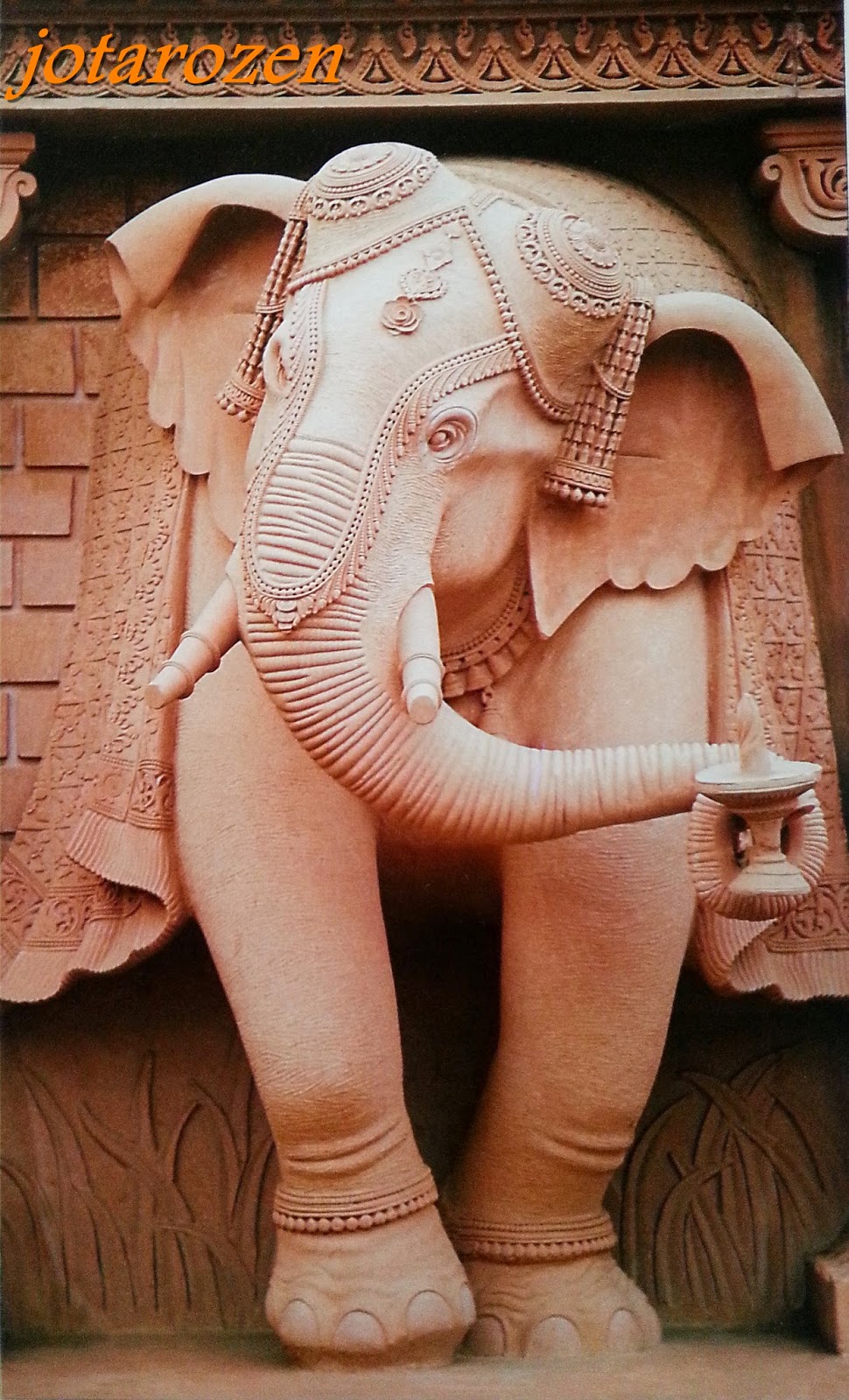 Red sandstone carving of a bull elephant attired in finery. 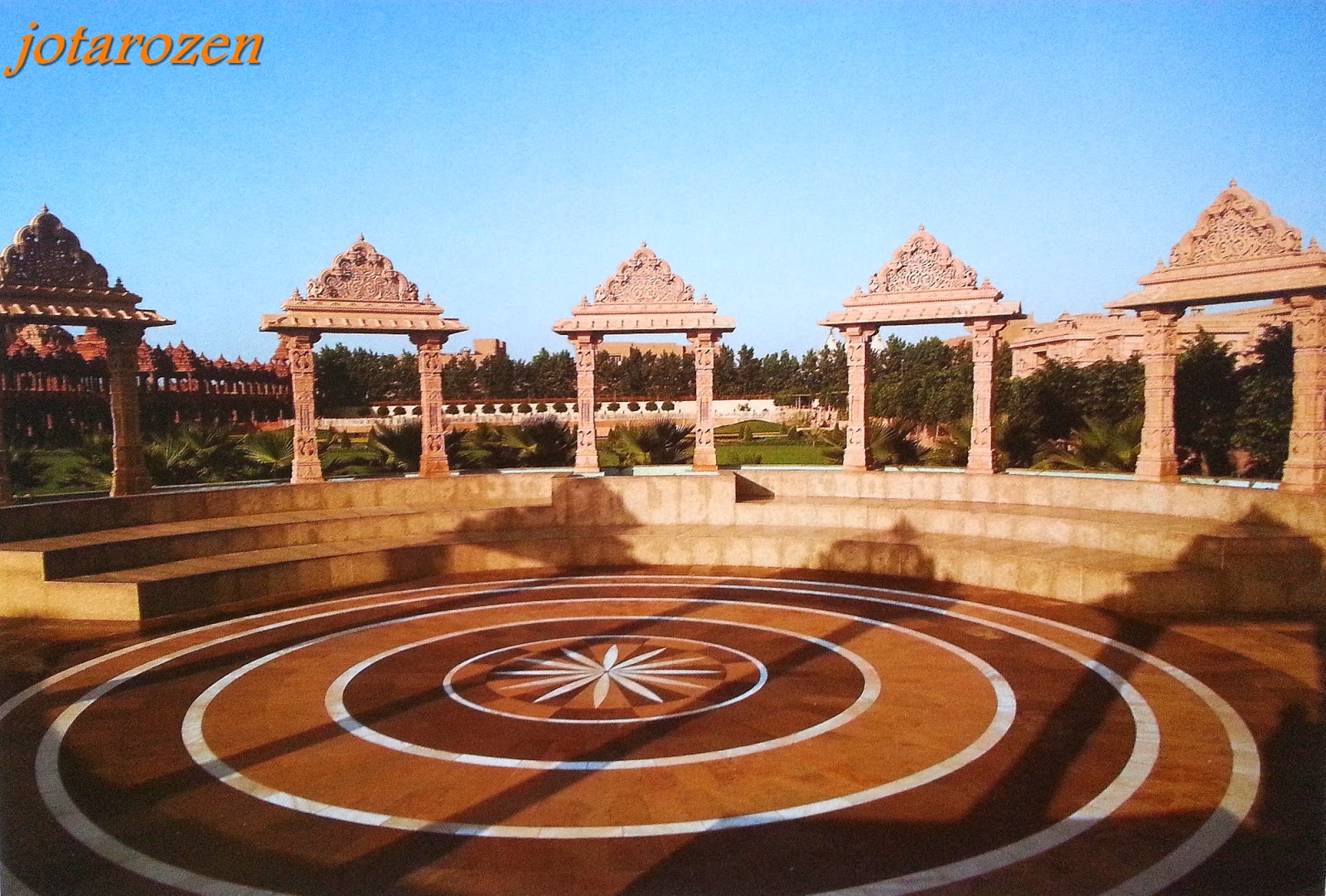 Amphitheatre with ten red sandstone arch gates, each representing a direction in life. 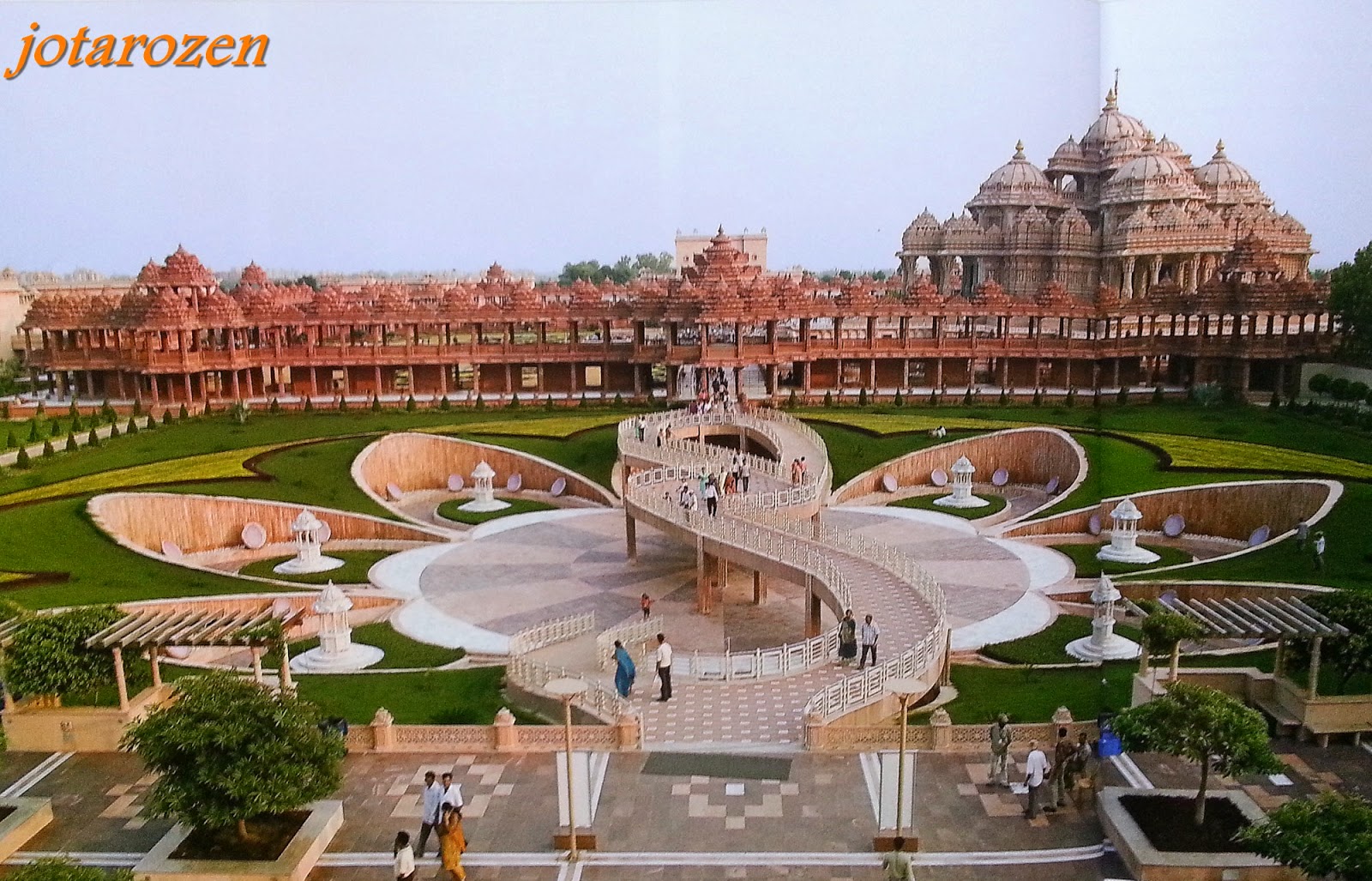 The Lotus Garden with eight petals. Six of these hold a shrine each, while the other two act as end points of a connecting curved walkway. 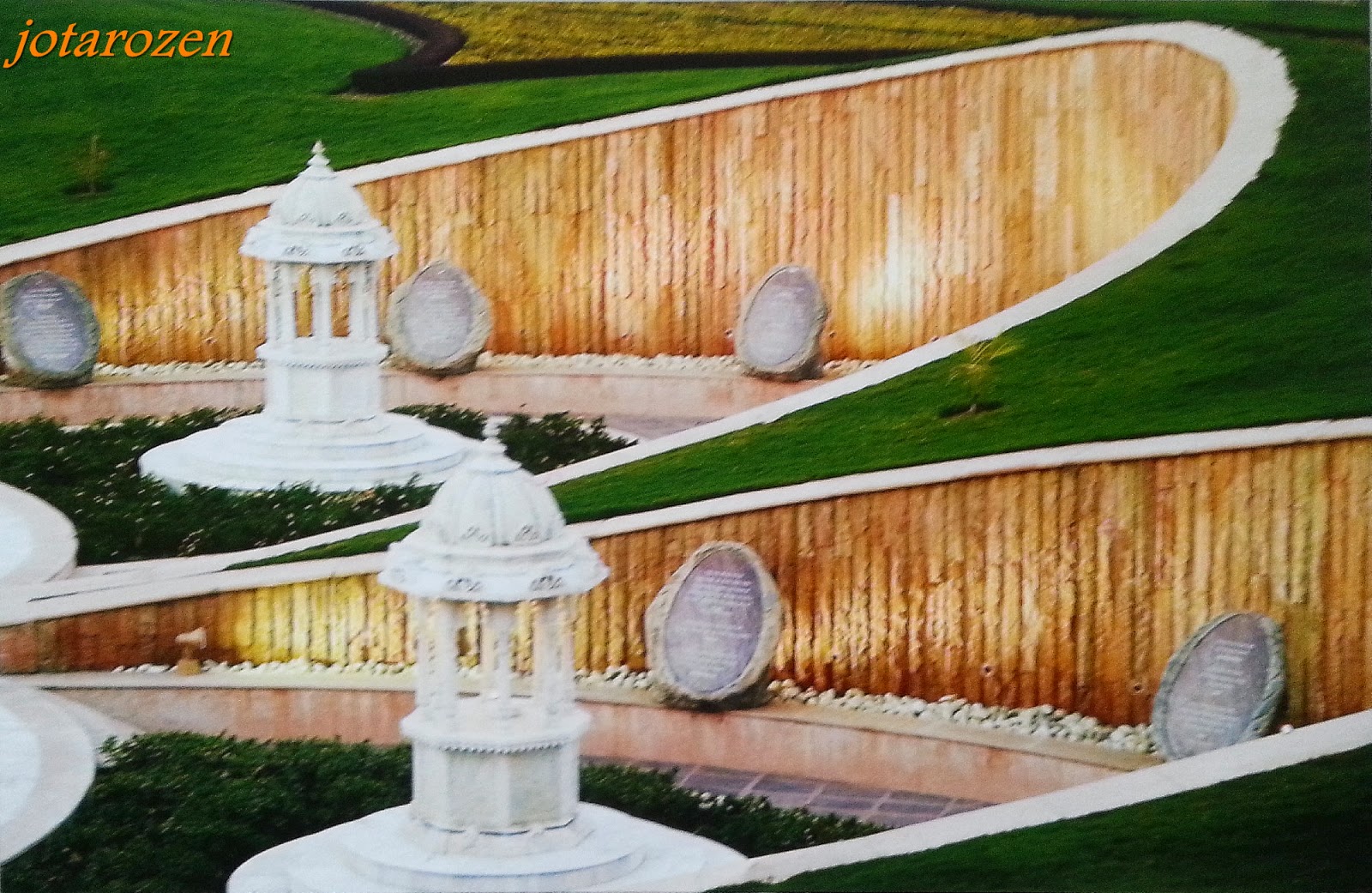 In each of these shrines are etched quotations from renown people.

As earlier mentioned, there are now more than 20 million followers of the swami. To acknowledge this devotion, a section is devoted to the devotees. 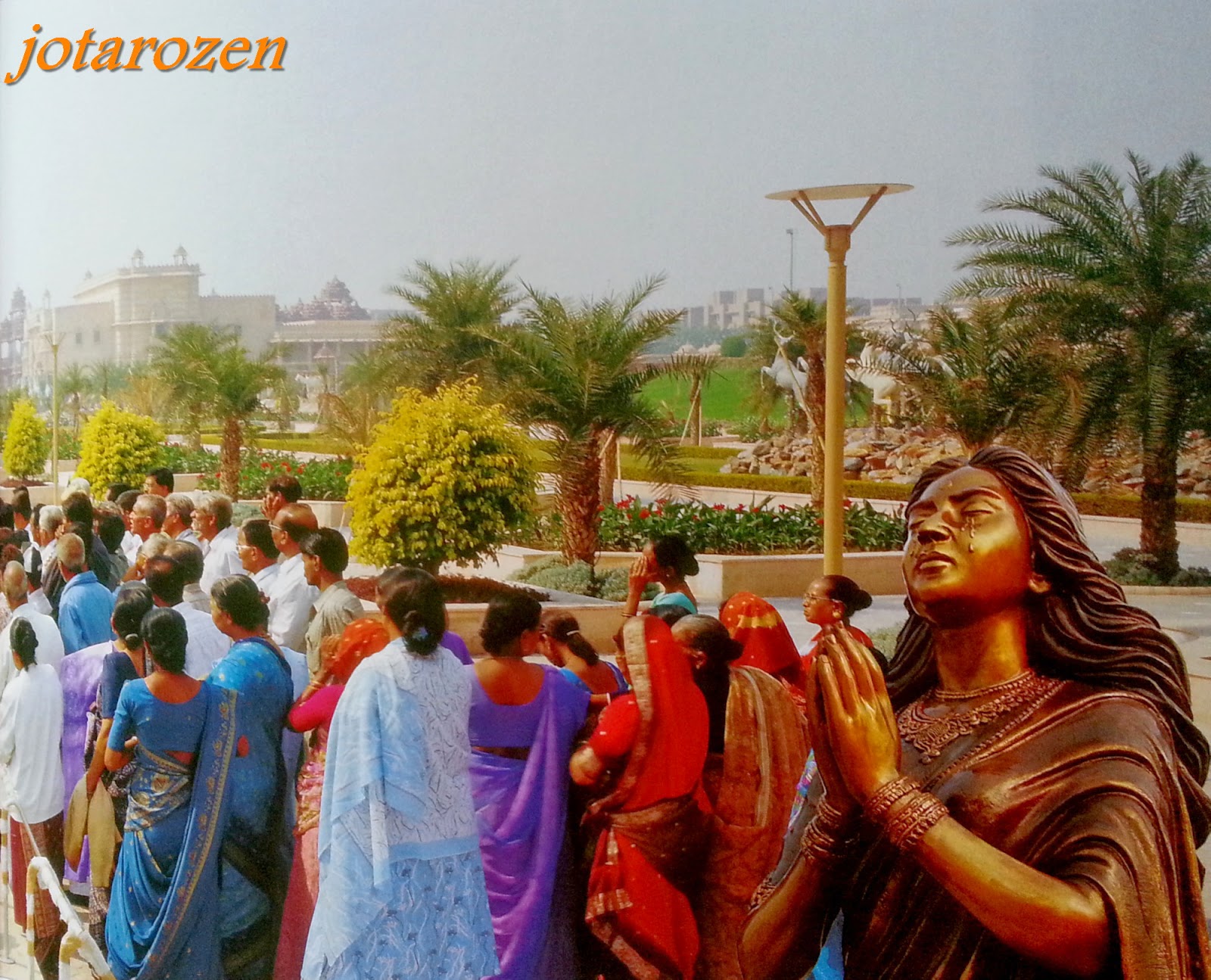 In the garden are statues of devotees, like this crying lady. 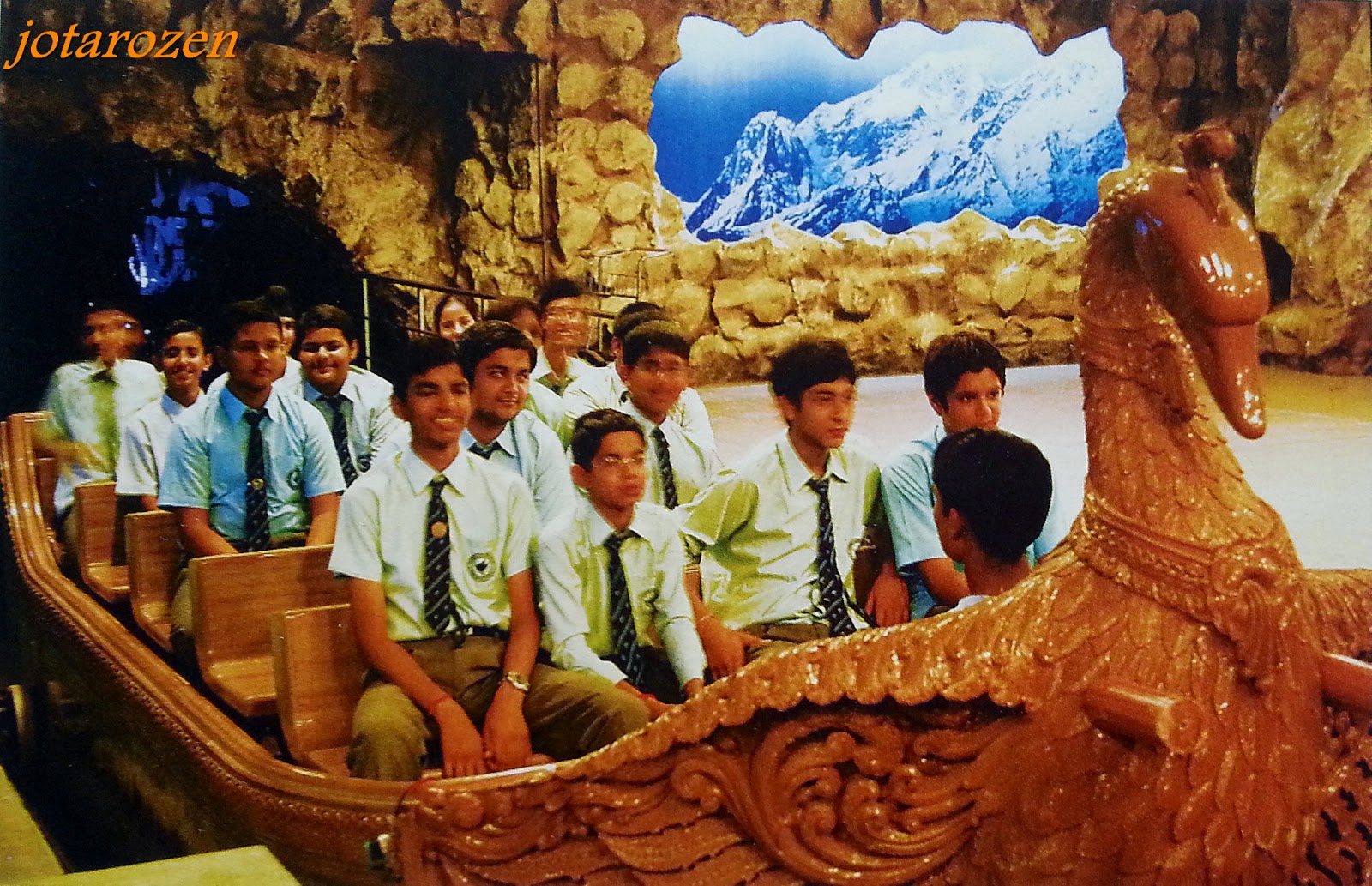 Inside a "swanboat ride" takes devotees and tourists on a tour of this section that contains ...


a museum that depicts the early history of this religion ... 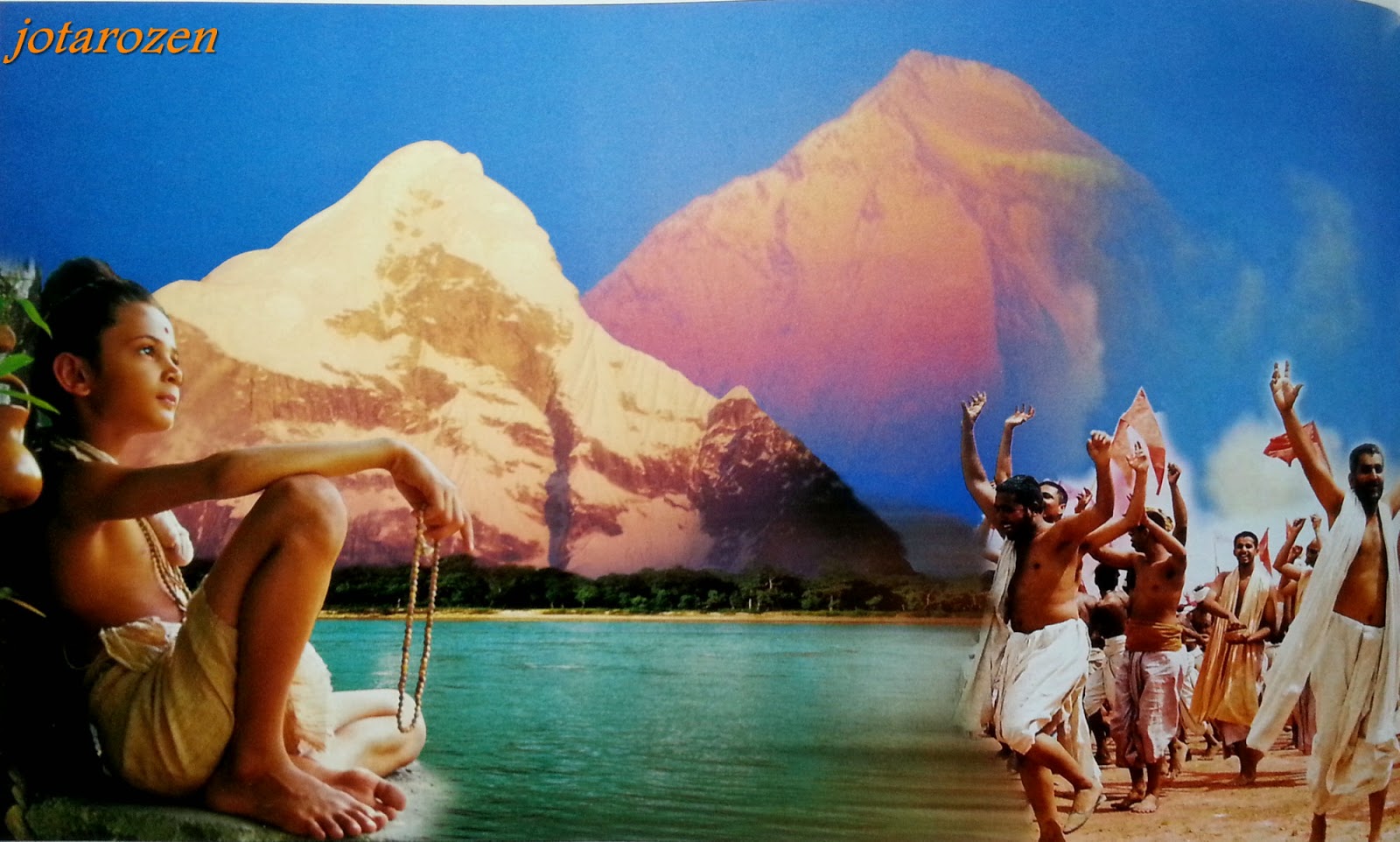 and end in a theatre section showing a film on the life of the swami.