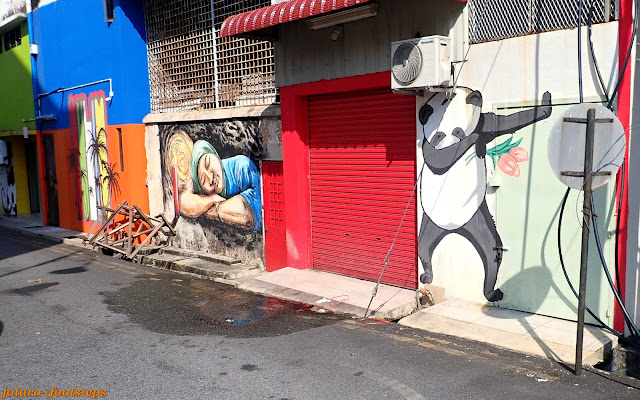 Kulim, Kedah, Malaysia - March 2019
We were on a cycling tour at the northern states of Peninsular Malaysia, and our route led us to Kulim in Kedah. The we met a couple of local cycling buddies, Chris & Simon, who took us on a whirlwind tour of their hometown. Part of the route took us to an area of street art murals, some of which were nicely done and reflected the vibrancy of this town. Below are the street art we saw, enjoy: 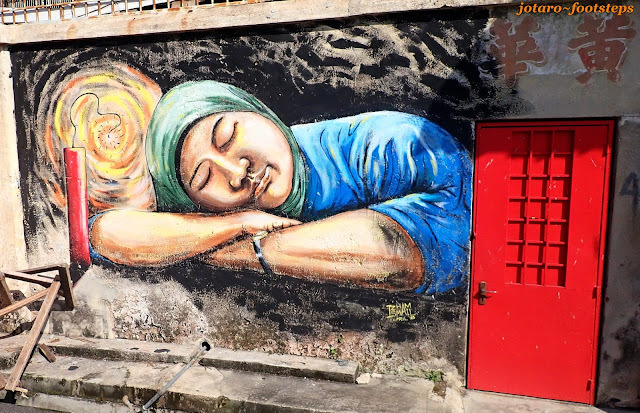 We start of with a soothing mural of a local Malay girl taking an afternoon nap. 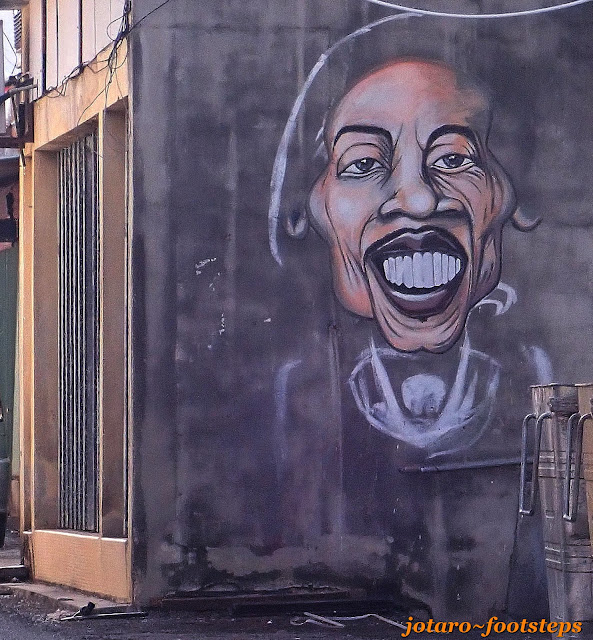 Followed by a lady with a wide grin of large teeth! 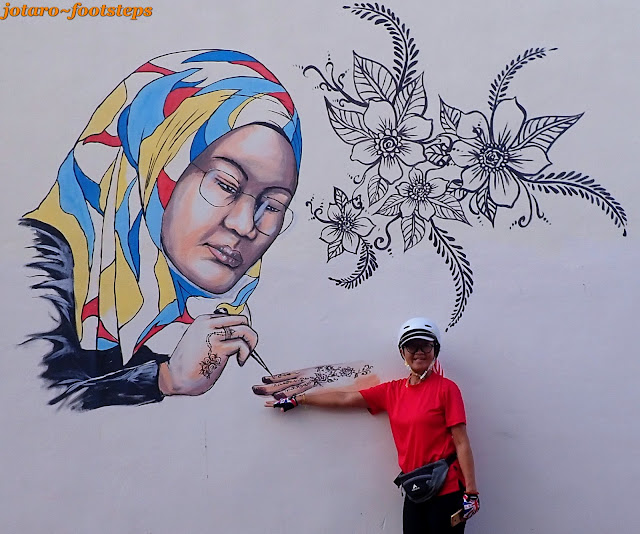 A Malay girl painting flowery patterns onto her hand using henna dye.
In Malaysia, henna is used to adorn the bride and groom's hands before the wedding at a berinai ceremony. Henna is locally called inai. 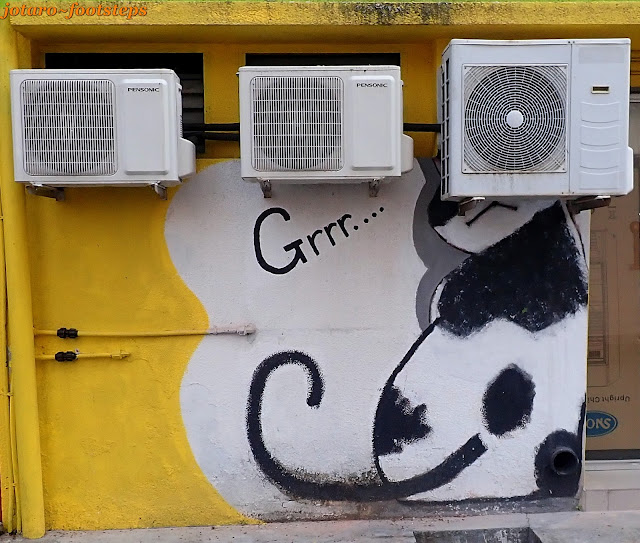 This cat has a right to be angry (Grrr...) as the air-conditioning units are blocking its view. 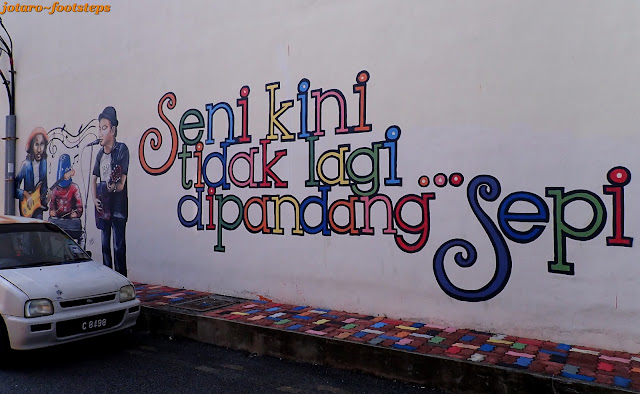 A local band next to the colourful phrase "Seni kini tidak lagi... dipandang sepi", which meand art is now not looked at as second-rated. 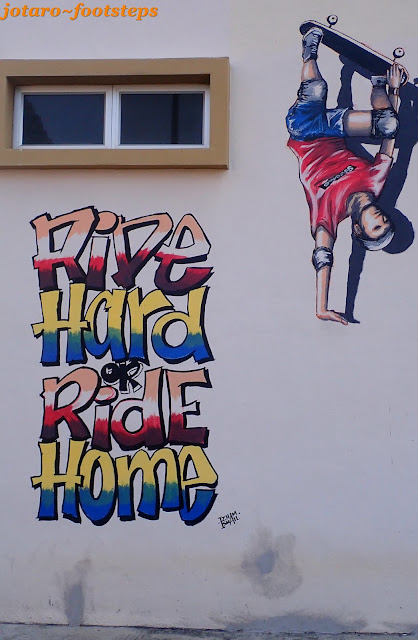 This dynamic one of a skateboarder doing an upside down somersault with the phrase "Ride Hard or Ride Home" It's just begging for some human interaction: 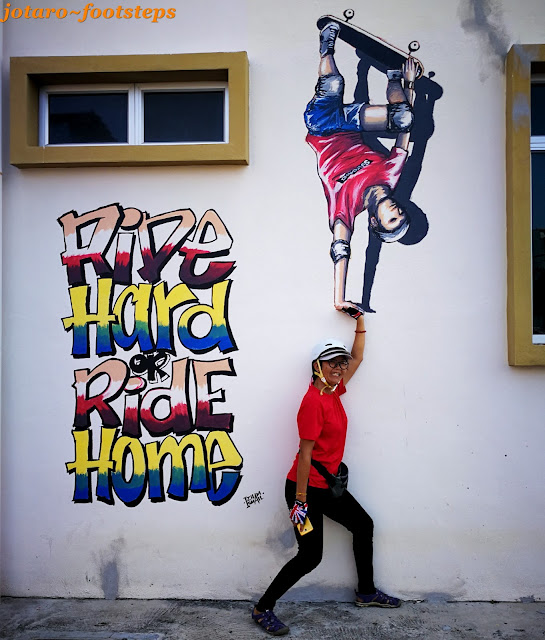 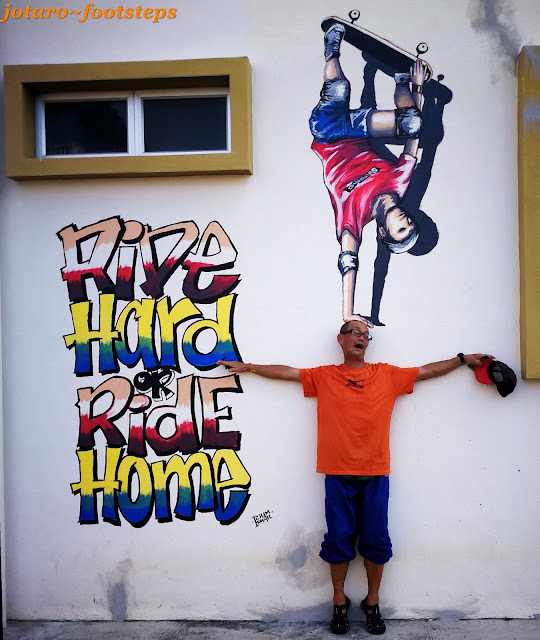 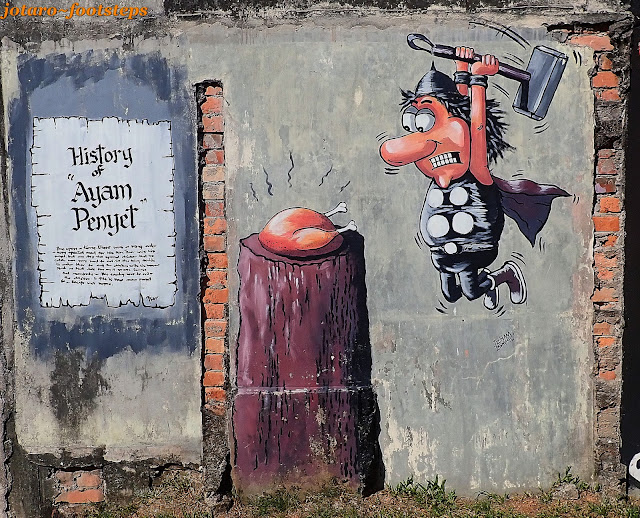 A cartoon on "Ayam Penyet", strangely with a knight swinging a hammer onto it! 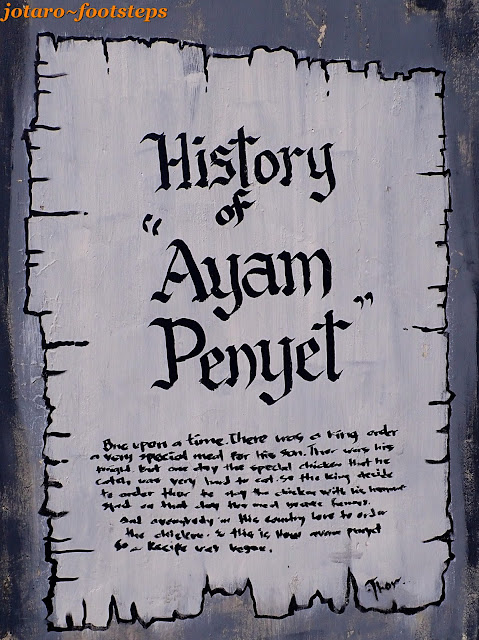 but there is a significance behind that hammer, see, "Ayam Penyet" comes from the word penyet which means smash, as the chicken is smashed with a pestle against a mortar to make the flesh more tender. The name literally means "Smashed Chicken". The above poster tells a tale of a knight ordered by the king to smash the chicken. 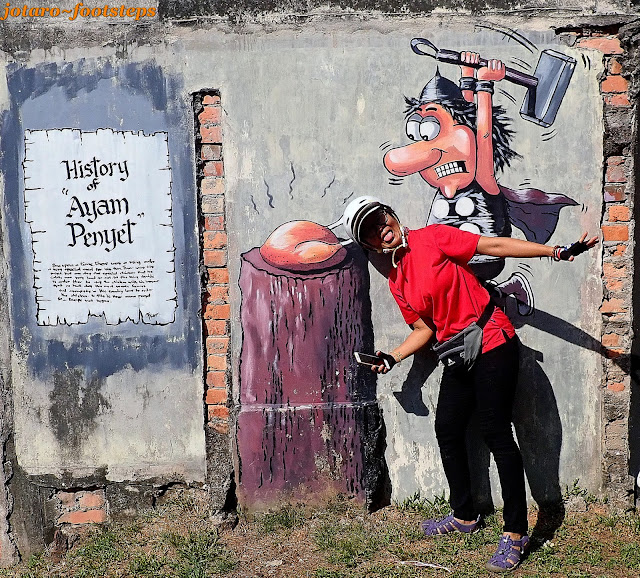 My buddy testing out her cycling helmet? Smash... smash.... smash! 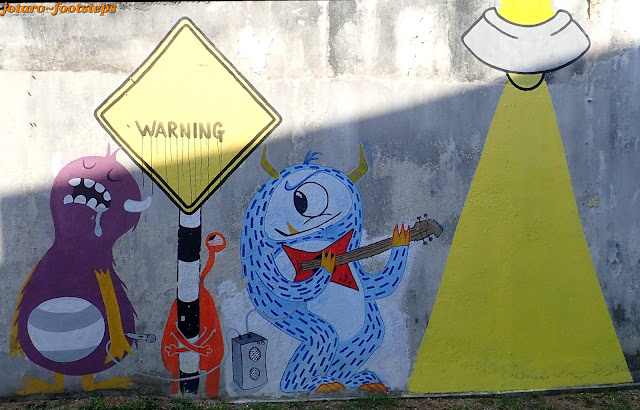 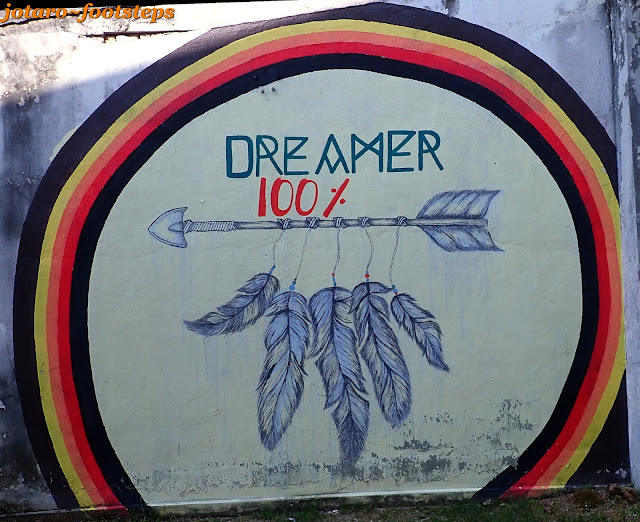 Not sure what arrows and feathers have to do with dreaming 100%. 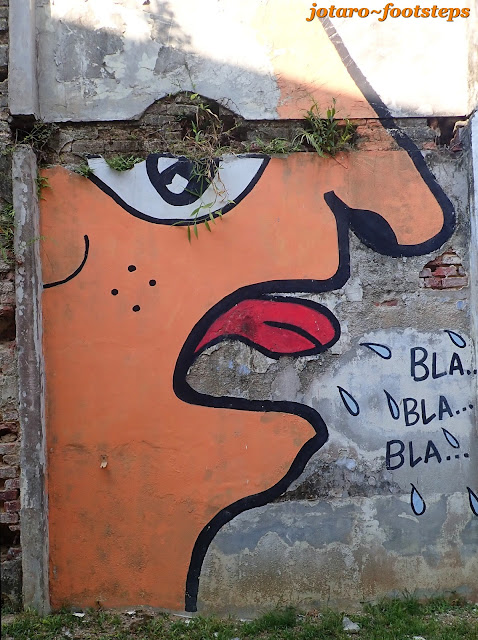 This one reminds me of some politicians who can spew spit when talking profusely. 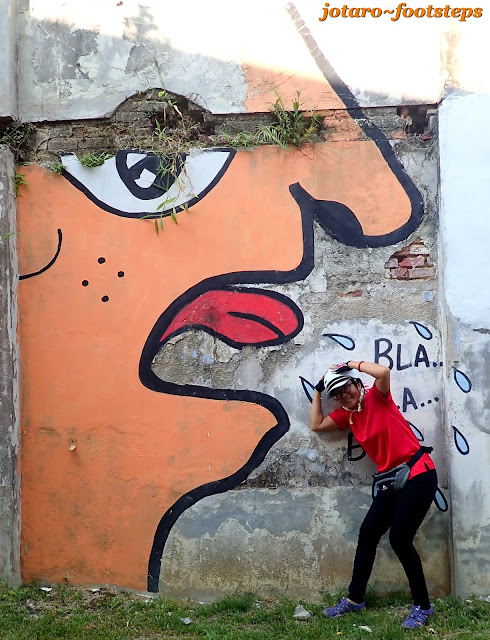 Sometimes it gets so wet that listeners have to cover themselves! 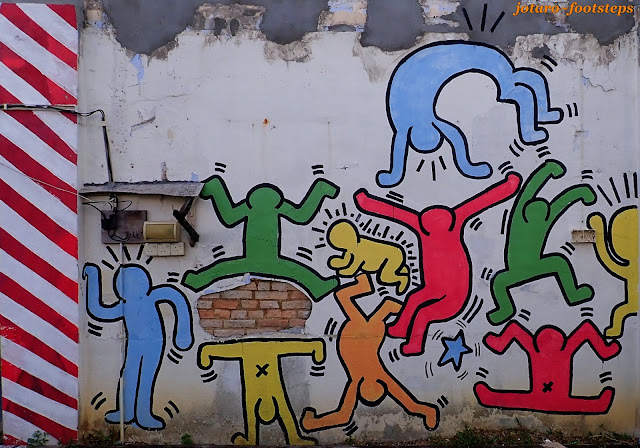 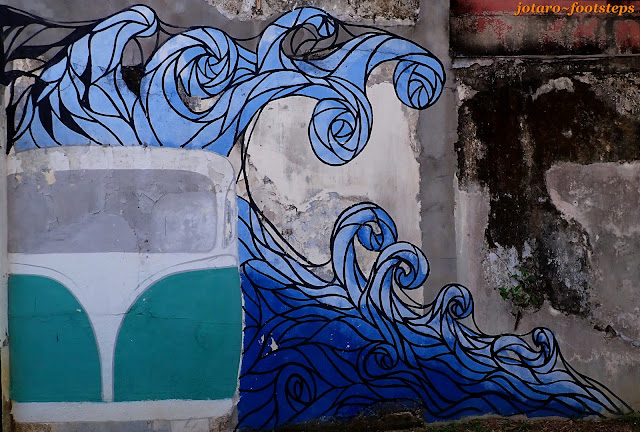 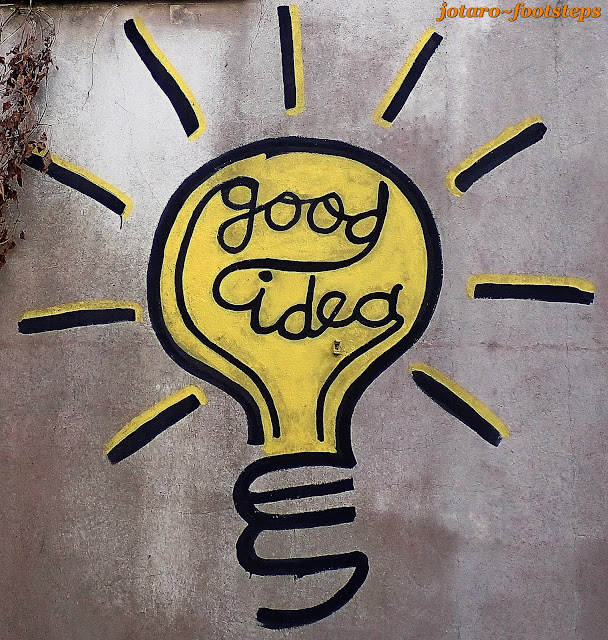 And a Good Idea is coming up next! 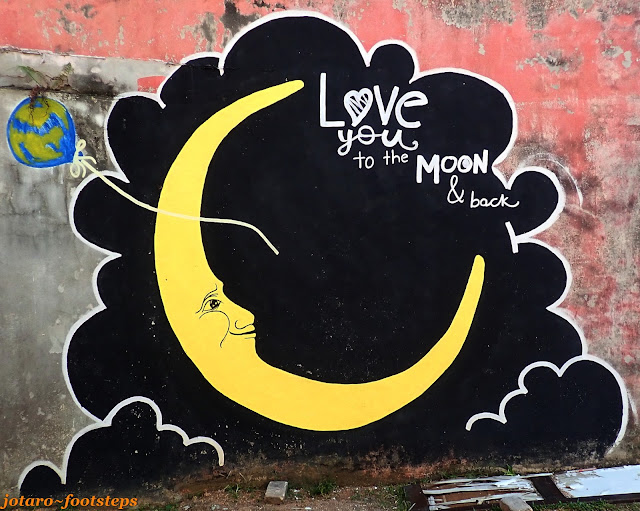 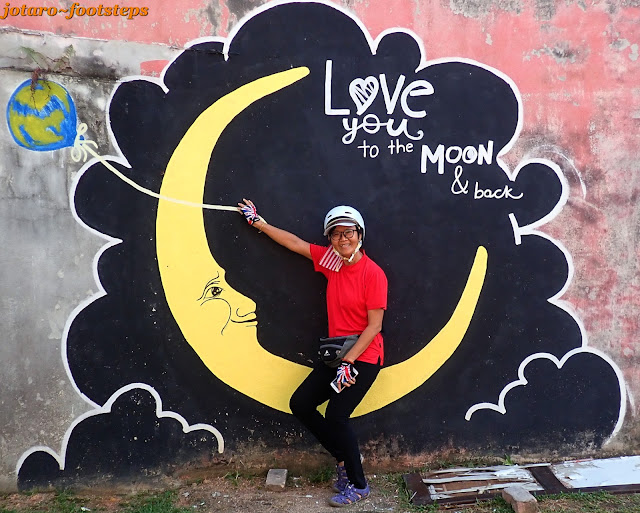 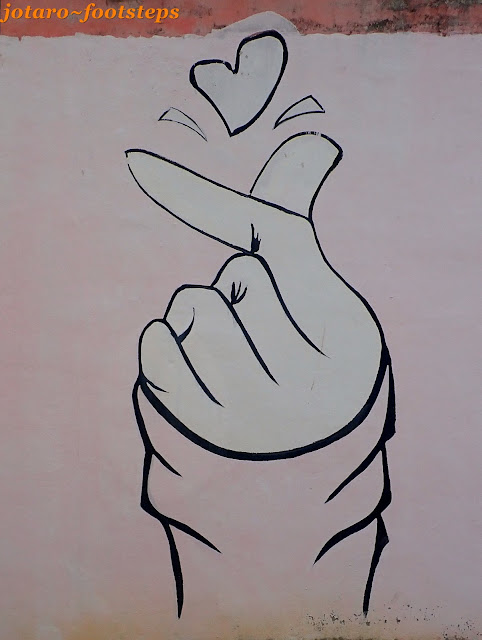 How I wish life was so simple; with a snap of the finger and loves abounds. 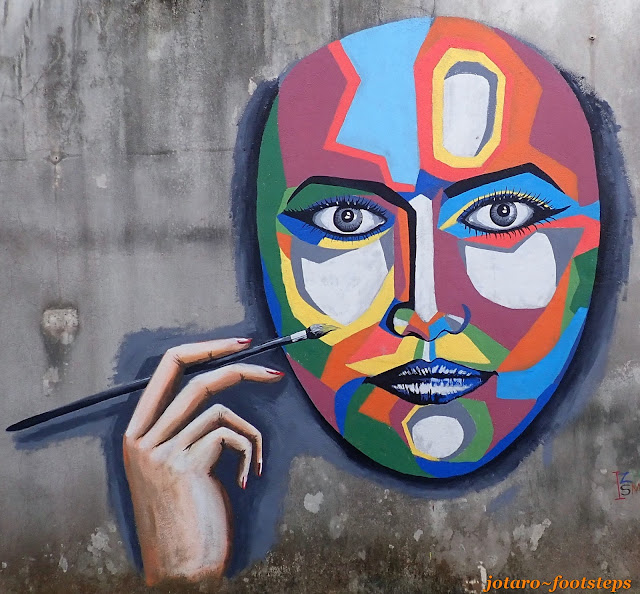 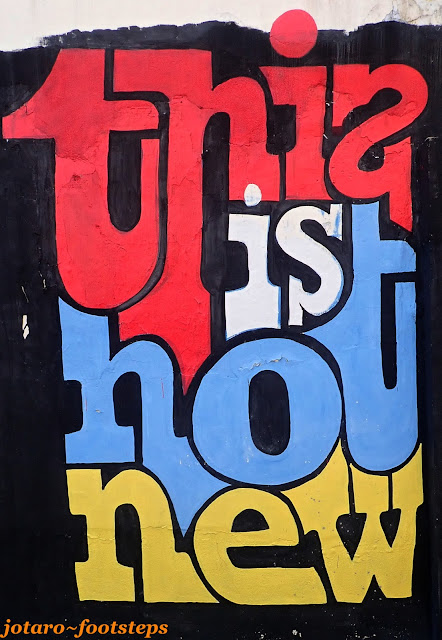 And street art is definitely not something new!

You are at - Jotaro's Blog / Footsteps /  Art Gallery / Malaysian Art / Street Art of Kulim
If you like this, view my other blogs at Jotaro's Blog
(comments most welcomed below. if you like this pls share via Facebook or Twitter)
Posted by Jotaro Zen at 8:36 AM