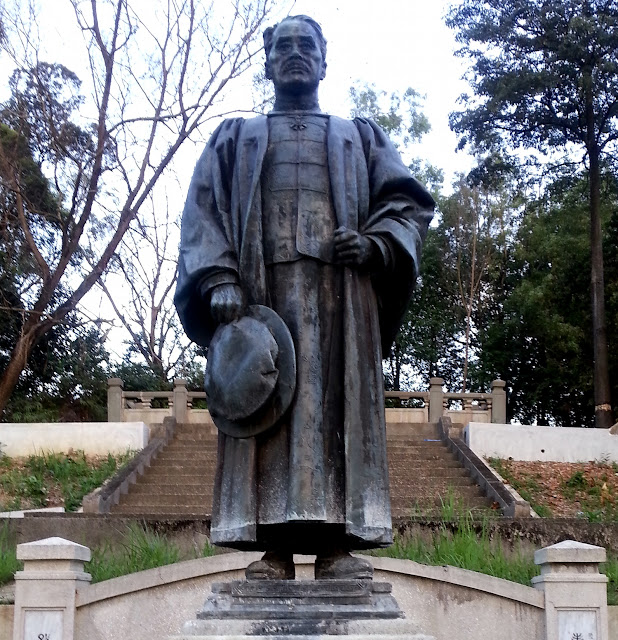 Desa Tun Hussein Onn, Kuala Lumpur, Malaysia - January 2015
Loke Yew (borned Wong Loke Yew, 1845-1917) was a famous businessman and philanthropist in British Malaya. Many of us from generations after his time would probably hear of him as Jalan Loke Yew in Kuala Lumpur is named after this famous man. His greatness goes beyond the road; he was one of the founding fathers of Victoria Institution in Kuala Lumpur and Tan Tock Seng Hospital in Singapore. He initiated the endowment funds for the University of Hong Kong. Loke Yew Street in Singapore is also named after him. 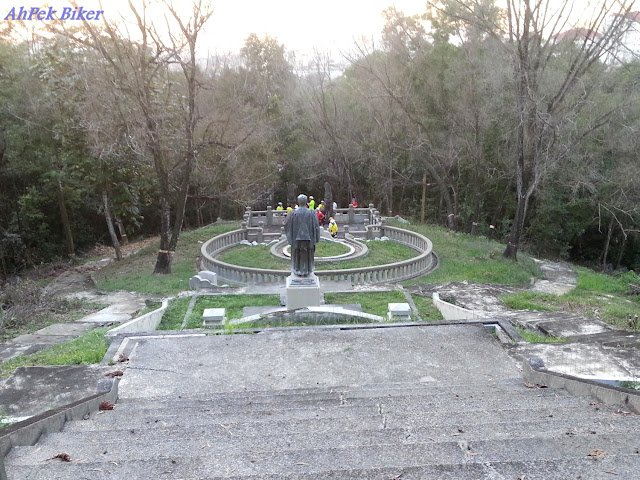 Yes, this great man has many things to his memory, but what most don't know is that he has a memorial in Kuala Lumpur.
This memorial is located at what was once know as Hawthornden Estate. This is the Loke family graveyard which sits on a hillock and with the tombs aligned in an axis facing west. At the top-most is the grave of Loke Yew with a bronze statue designed by Mr. Frederick J. Wilcockson. Below his grave are that of his wife and two children.
Access to this memorial is not easy, we came in through the Kementah Camp and then from Jalan Rosli Buang a short climb through secondary jungle up hill. There should be another access, probably through a secondary road from Jalan Laksamana as we saw a vehicle approach from that side. The place must have been periodically maintained as it is not overgrown with trees or bushes.

Stone lion guards the entry at the top and bottom.
It will be good to say a pray of respect when arriving at the place and a thankful prayer before leaving. 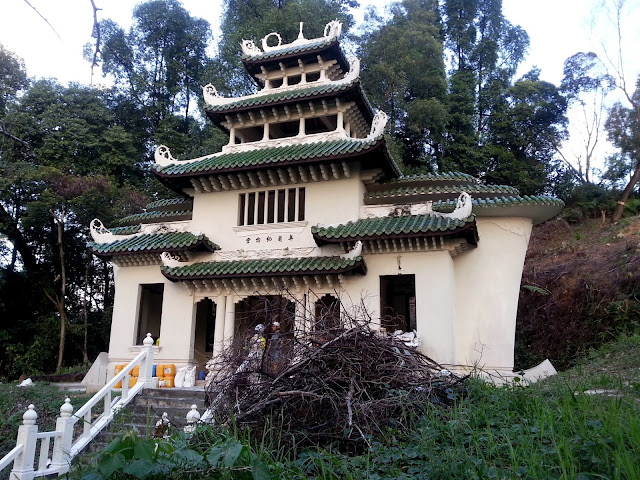 To one side of the graveyard is a prayer pavilion called the Tsui Lan Memorial Hall.


You are at -  Jotaro's Blog  / Footsteps / Malaysia 2015 - Sites / Loke Yew Memorial Kuala Lumpur
If you like this, view my other blogs at Jotaro's Blog
(comments most welcomed below. if you like this pls share via Facebook or Twitter)
Posted by Jotaro Zen at 5:31 AM