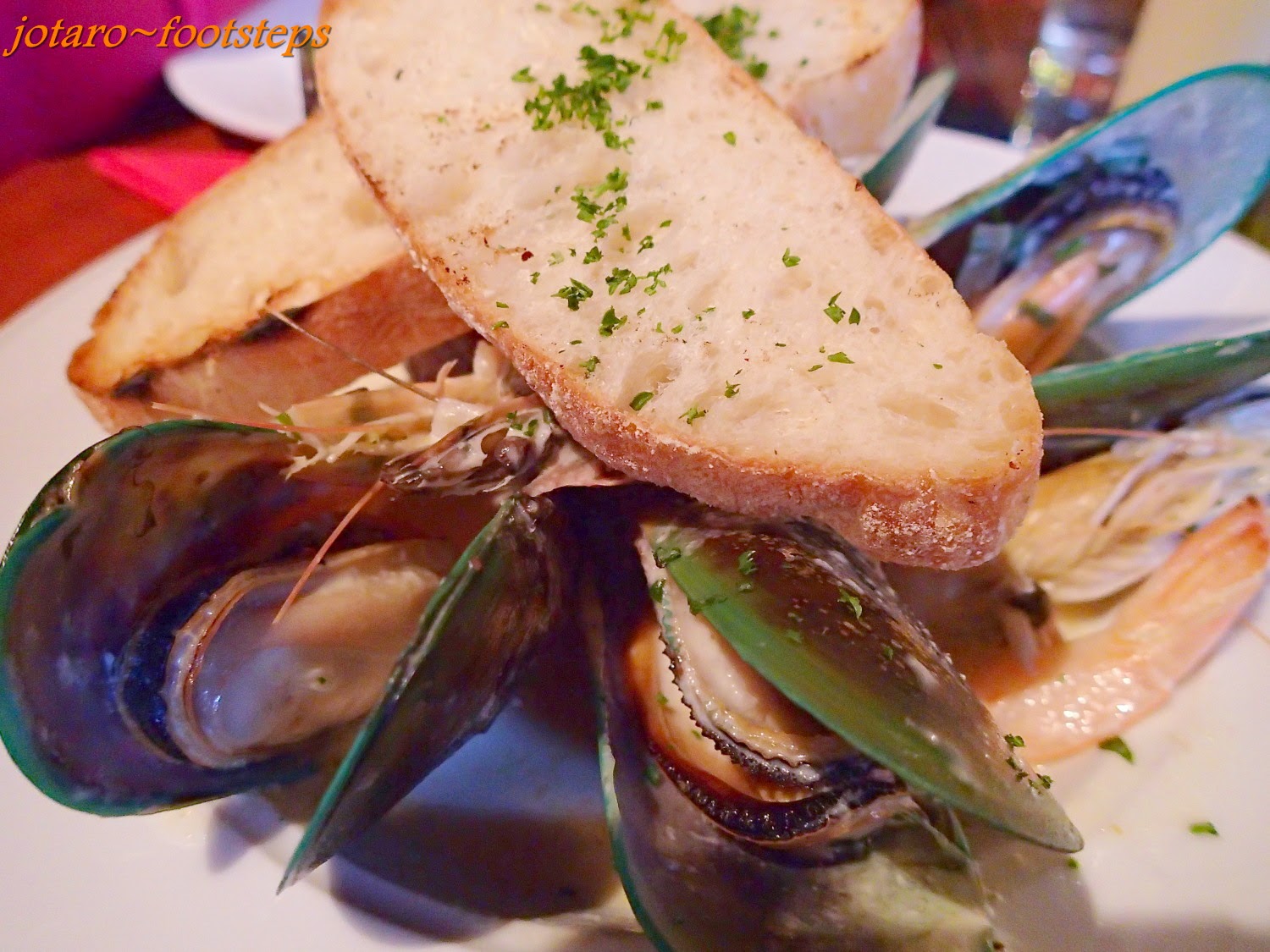 We were looking for good food in Dunedin to celebrate the completion of our cycling of the Otago Central Rail Trail and found this place that served good sea-food and steak right in the centre of the city's main business district near to the Octagon. This place was the Reef Restaurant. 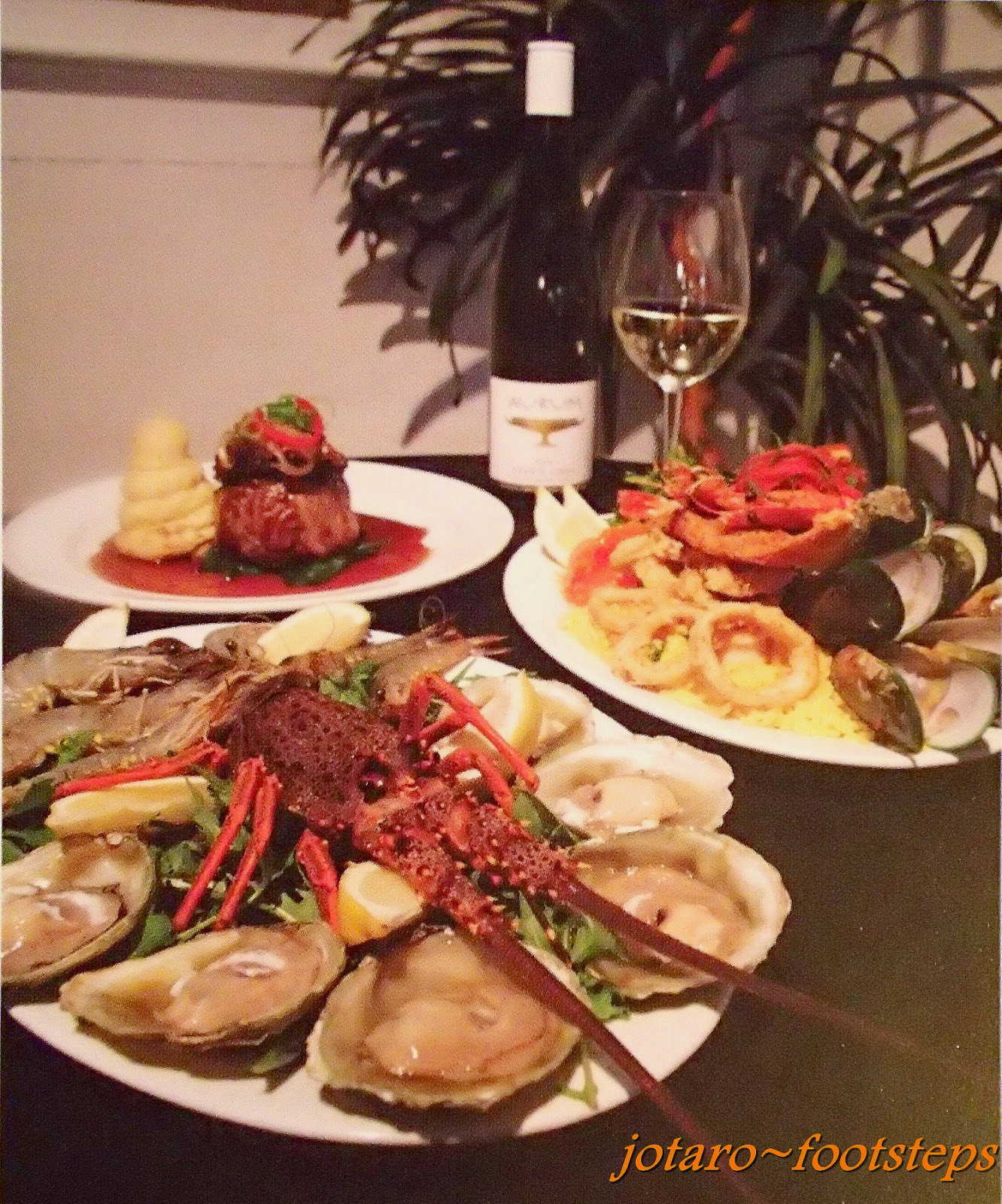 Having heard much about how good New Zealand's oysters are, we were attracted by their poster of a platter of tempting freshly shucked oysters. We sat down and the first thing we asked for was oysters!
Unfortunately, this was late spring and it was not oyster season in NZ. Oyster season in NZ runs roughly from March to August. 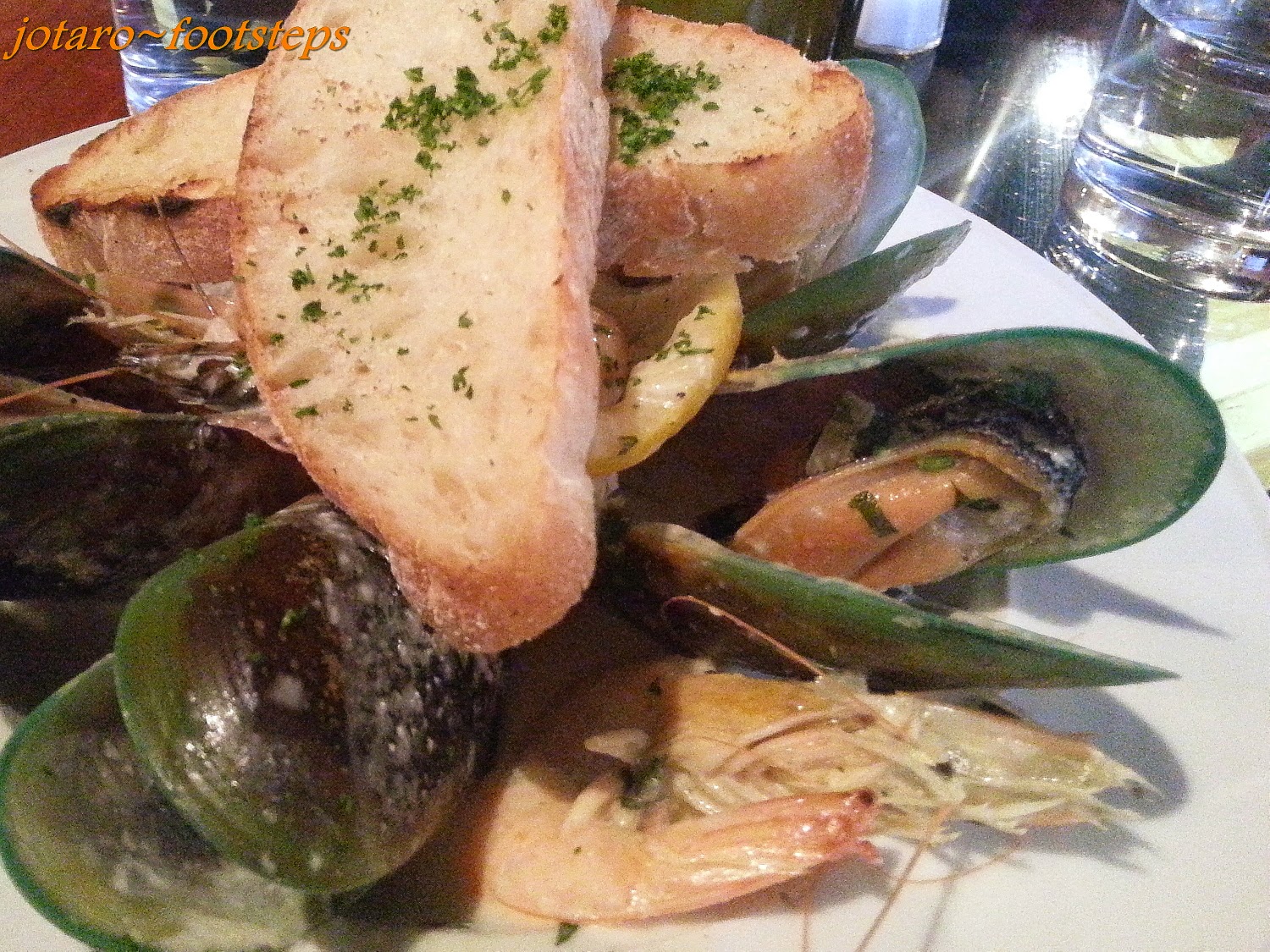 So we went for the next best thing, a starter of Green Lipped Mussels & Prawns. I had tried these delicious mussels served in white sauce at Shucked back in Kuala Lumpur. Having found those to be excellent, I thought to myself why not?
The ones here were simmered (together with the prawns) in green curry and coriander. Don't worry about it being in curry, the curry here is hardly a curry; it just had a tinge of spiciness. I am not complaining, in fact the sauce was good - better than the white sauce that I had. It had the strong flavour of the mussels with a slight prawny taste enhanced by that little bit of spiciness.
YummY! 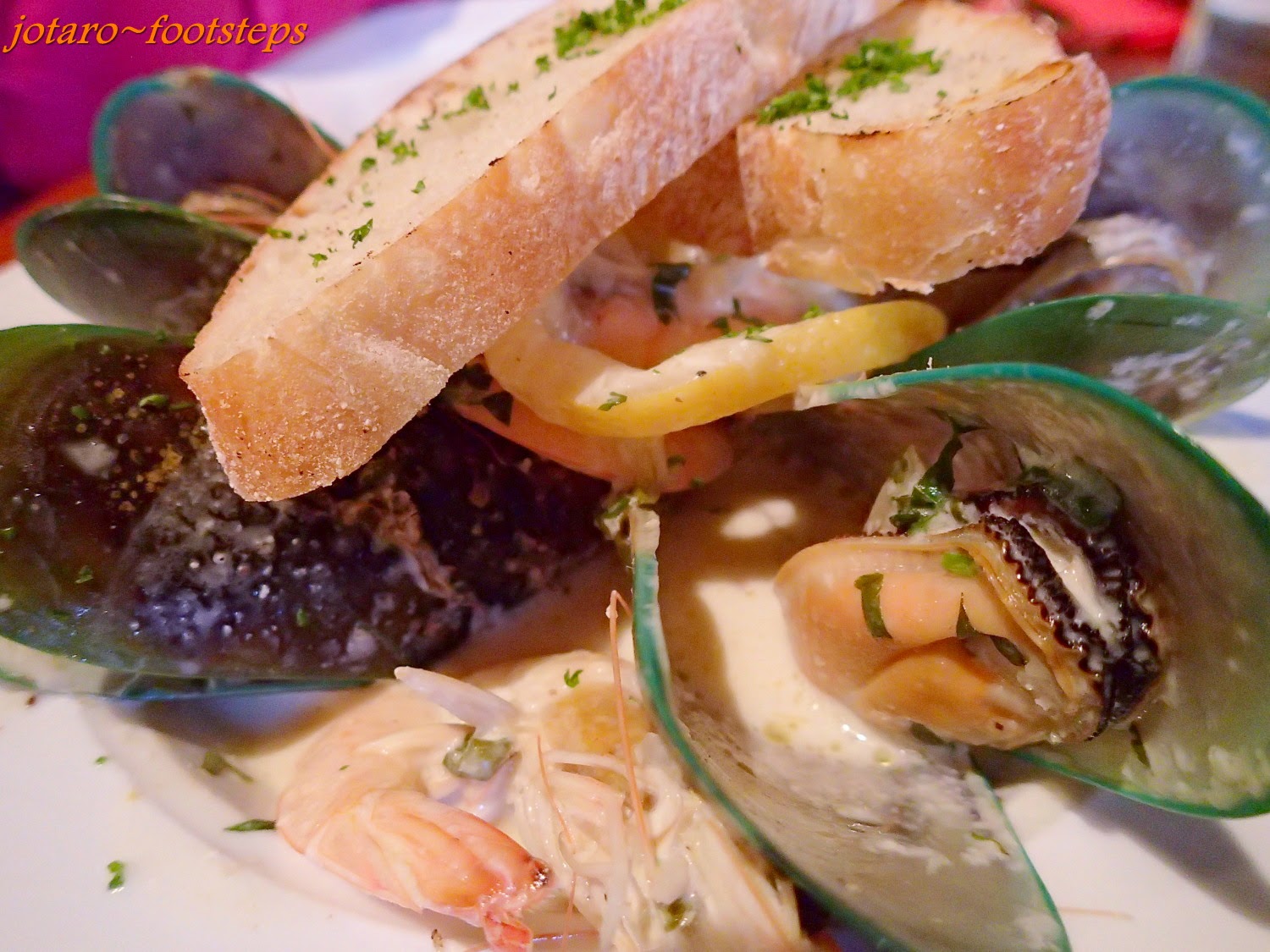 AND.... the mussels here were big, not only their shells, but the meat inside were big ones too. Fresh, meaty and creamy!
I so thoroughly enjoyed this that after having my main course, I ordered seconds of the mussels. So they were not just starters but enders also.... is there such a word as ender? It doesn't matter, it was a good ender! 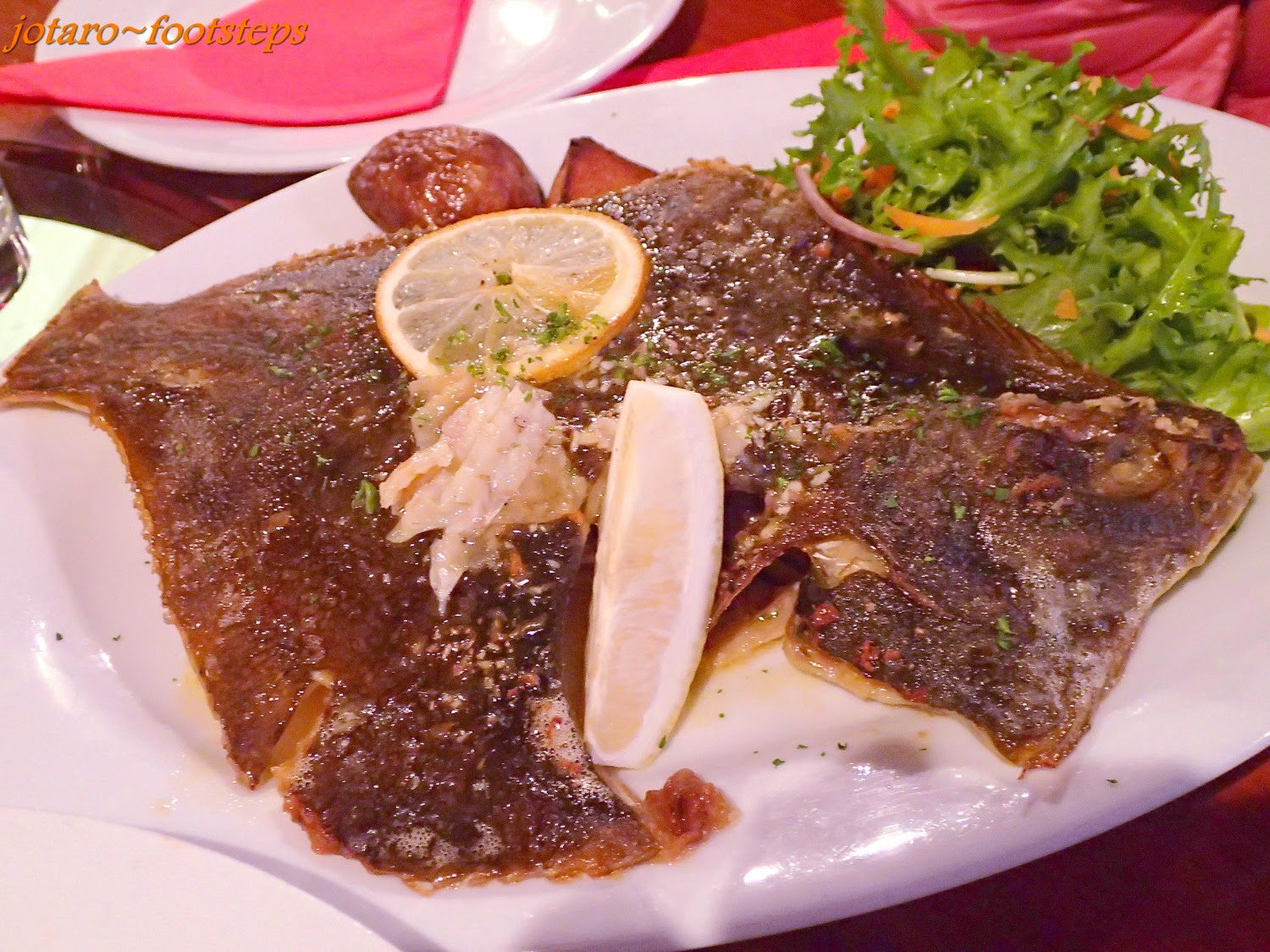 My buddy had this Grilled Flounder, it was gently grille with butter, so gentle that the meat were intact and had not torn out making it looks this appetizing when served. 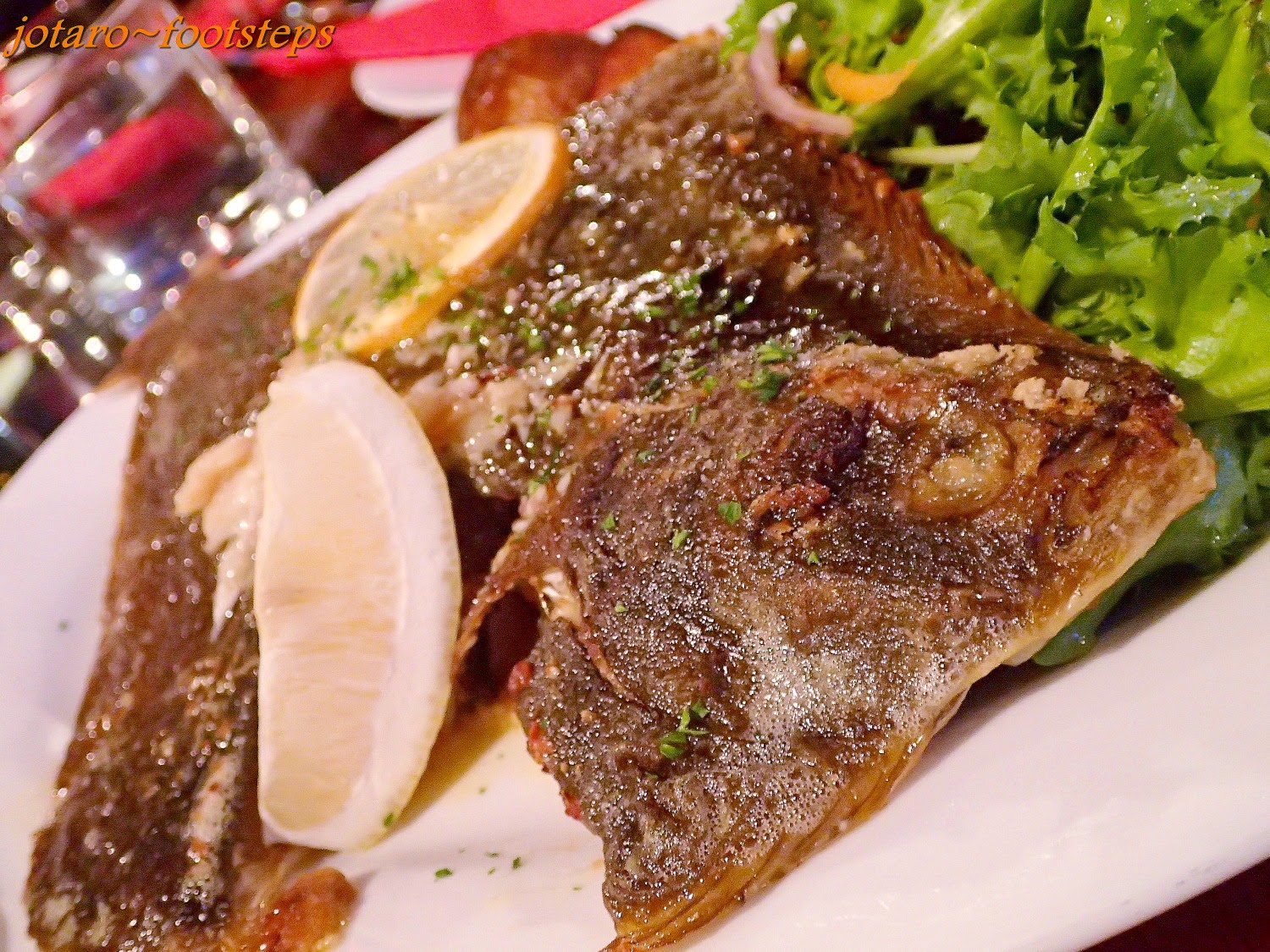 This fish may look like an ugly fella, but it was one fresh & delicious ugly fella. 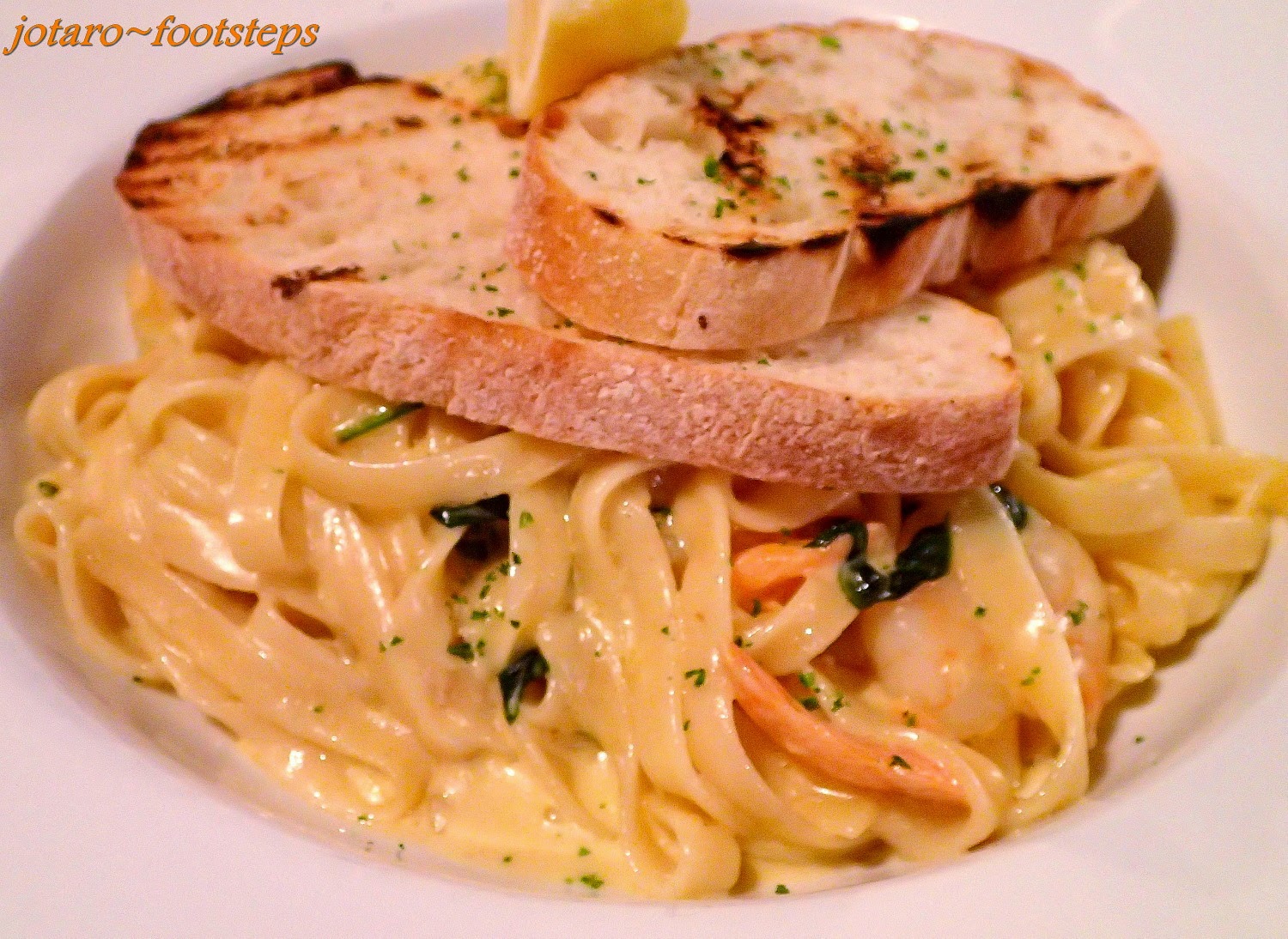 The main for me - a plate of creamy spaghetti. 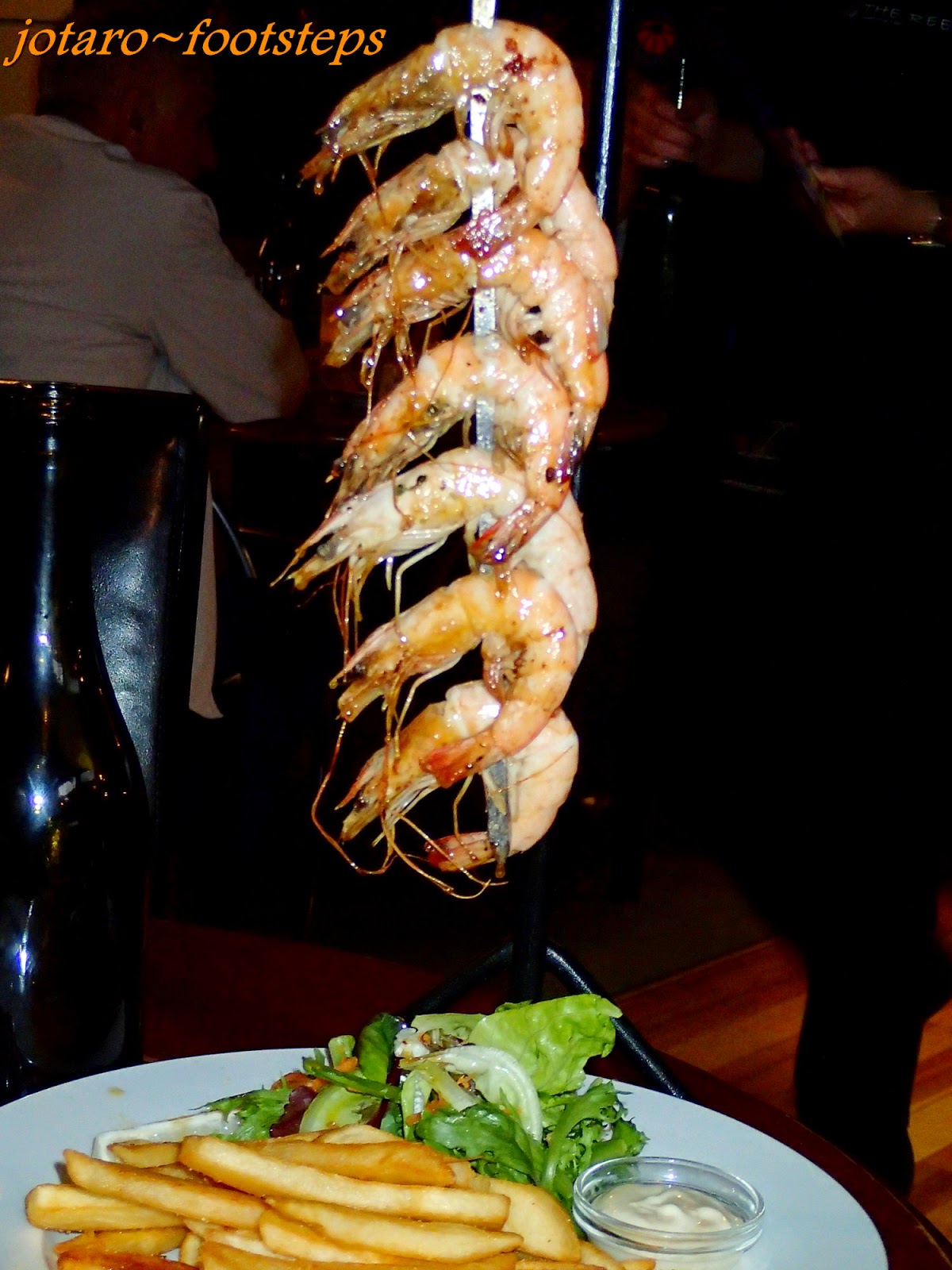 A very attractive set of skewered grilled prawns.
Okay.... we did not have this, it belonged to a chap at the next table who graciously allowed me to steal a photo of his meal. 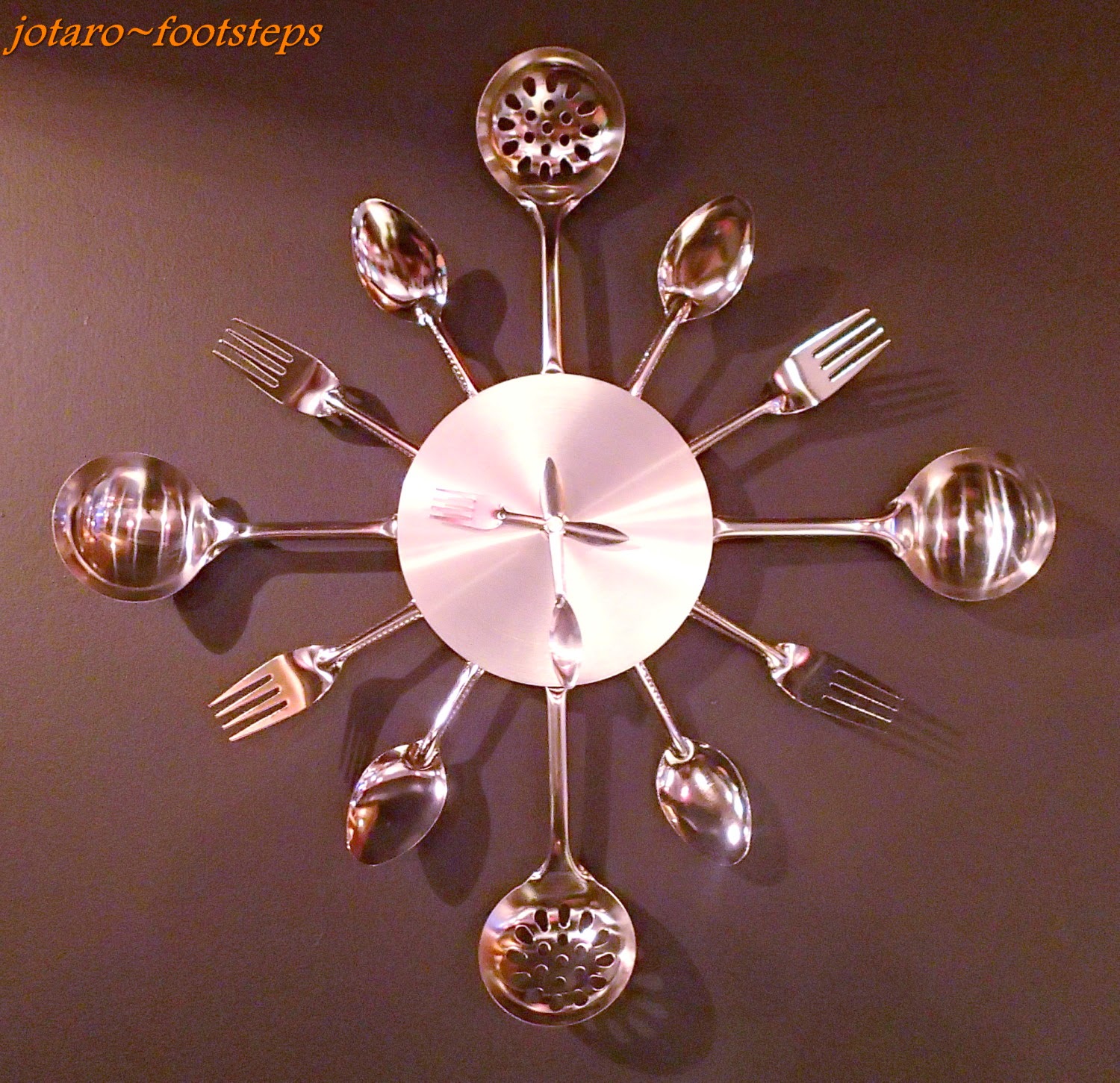 Never mind if there were no oysters, it was still a very good meal; one that marked a timely close to an epic cycling journey.


You are at - Jotaro's Blog / FootSteps / YummY! / NZ 2014-Western & Fusion Food / Green Lipped Mussels @ Reef Seafood Restaurant Dunedin
If you like this, view my other blogs at Jotaro's Blog
(comments most welcomed. if you like this pls share via facebook or twitter)
Posted by Jotaro Zen at 11:48 PM