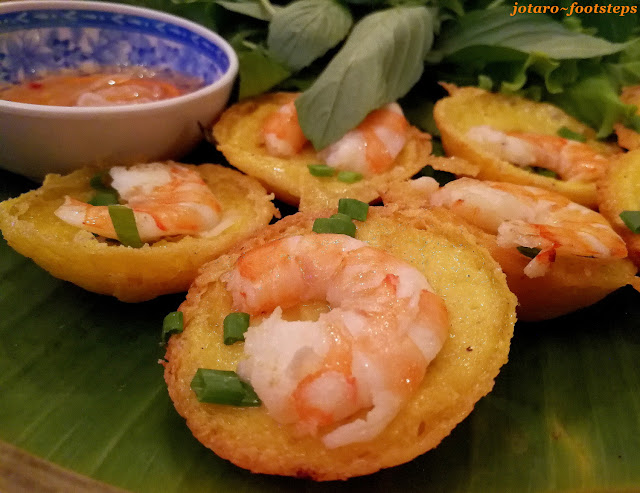 Ho Chi Minh City, Vietnam- July 2018
On a cycling tour of the Mekong Delta, we had a lot of fun trying out various Vietnamese food. One of those which we liked very much was the Vietnamese Prawn Fritters, locally called Bánh Khọt. They also struck a note for me as they reminded me of the Kuala Kurau Prawn Fritters from back home. Some called this prawn pancakes, but some of the ones here in Vietnam had fairly large sized prawns when compared to the Kuala Kurau ones. 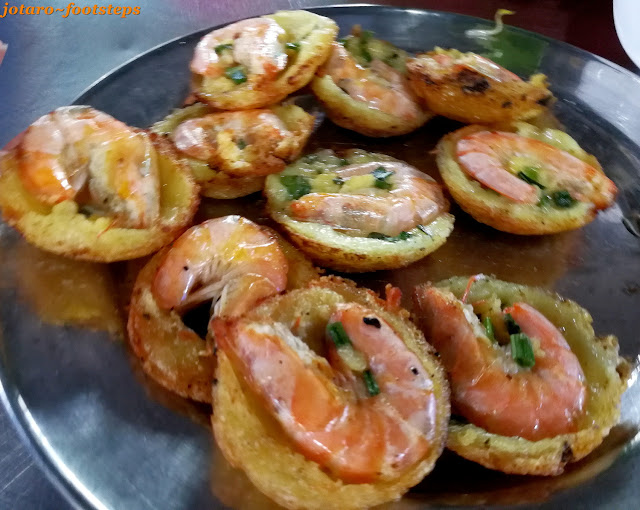 I had the chance to try bánh khọts from both an slightly upmarket restaurant and those form a street market, there are some subtle and major differences between the street and restaurant versions. Let's start with the ones I had at Thai Binh Market located at the neighbourhood of the ever busy Backpackers' Street (Phạm Ngũ Lão) of Ho Chi Minh.
Bánh khọts are mini-pancakes/frittters with the base ingredient being rice flour into which prawns, tumeric powder, mung beans sprout are added. The batter is poured into a griddle until its half-cooked, then a pre-cooked prawn is added on top - the prawn could be peeled, half-peeled or with their shells intact. Small cuts of spring onions are added as garnishing towards the end. For a full banh khot recipe, click here. The ones at the market usually have the prawn shells intact, with part of the hairy head and tail cut off. Personally, I prefer the shells being left on as in the cooking process the cooking shell give out a strong prawn odor that would surely whet one's appetite. 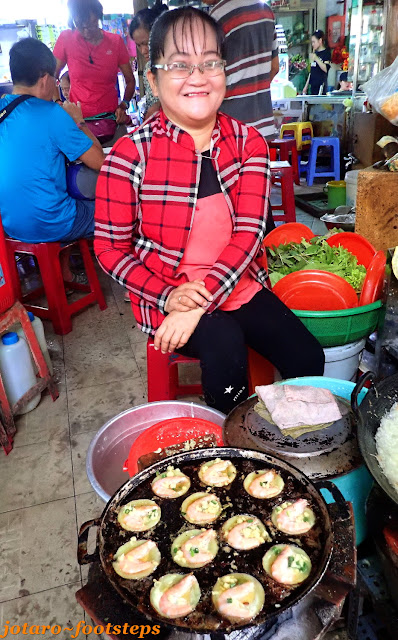 I like this market, it's atmosphere of busy cacophony of traders and customers going around their business; the smell of fresh food and the wafting aroma of cooking food, all add up to an immersed experience for debut visit.
As for the bánh khọts, they're cooked right in front of one's eyes on a dark steel griddle pan. The cute lady cooking it sat patiently waiting for them to turn golden brown, while me looking on was drooling as the the prawny smell slowly exuded out. 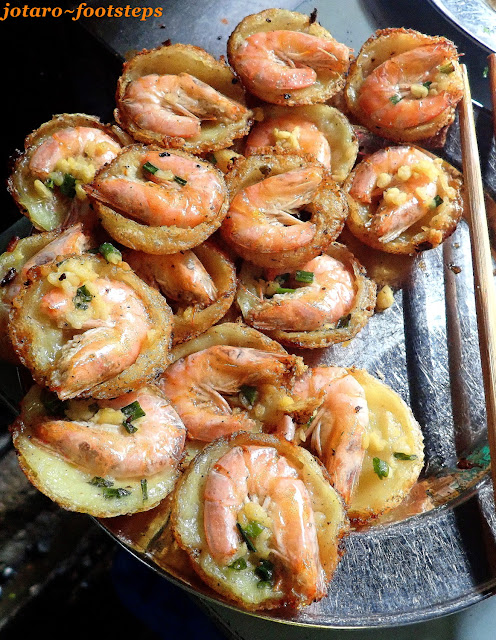 The cooked bánh khọts are put to one side to let the oil drain out.... 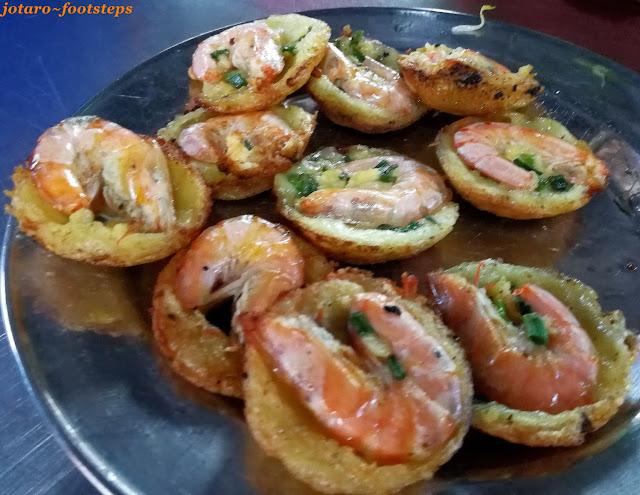 ... and they are ready to be served, which is usually with salad greens and a bowl of sweet chili Nước Chấm dipping sauce. Eat it wrapped with the greens or just by itself, both with the sauce; or add it to a bowl of Phở as an extra add-on. 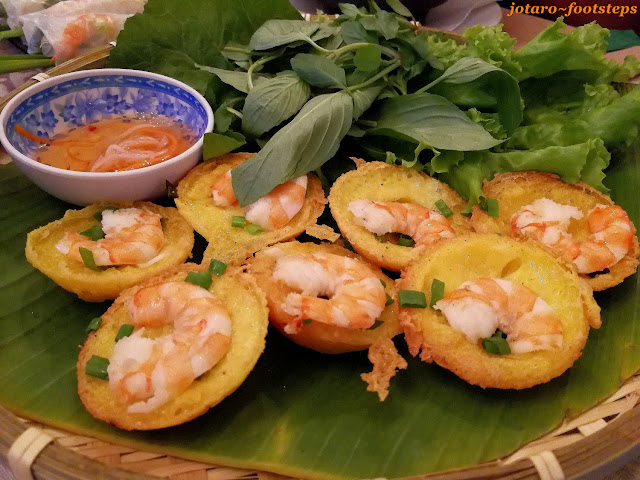 This one was one we had at the Huong Viet Vietnamese Aroma Restaurant, located nearby at the Bui Vien Street commercial neighbourhood. The prawns had been de-shelled and pre-cooked. Presentation wise, they were beautifully laid on a banana leaf mat laid onto a small a reed tray, with the salad greens on one side. 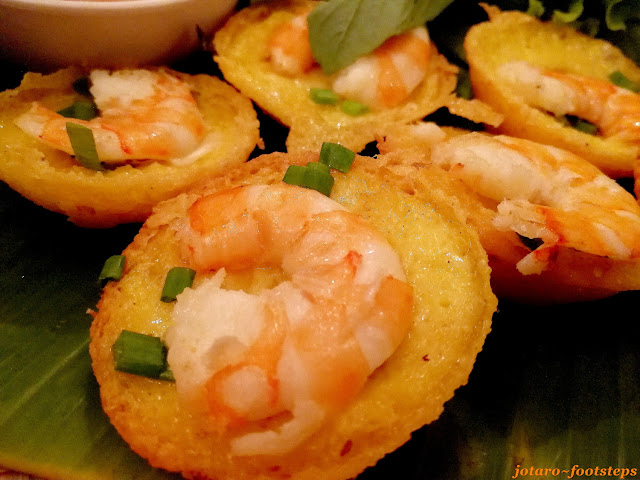 Tastewise, they're as good as those from the street market sans the aroma of burnt prawn shells. The atmosphere at the restaurant is bright, clean and without the noisiness of a market; an appropriate place to bring business clients or more discerning friends. Without the shells, these bánh khọts would be appropriate for those with more "sensitive" tummies.