Dengkil, Selangor, Malaysia - November 2016
The two of us were up in Putrajaya for some cycling, come lunch time we were quite undecided of where to go for good food nearby to Putrajaya. Shall we go to Puchong on the way back or perhaps detour south a bit to Dengkil .... 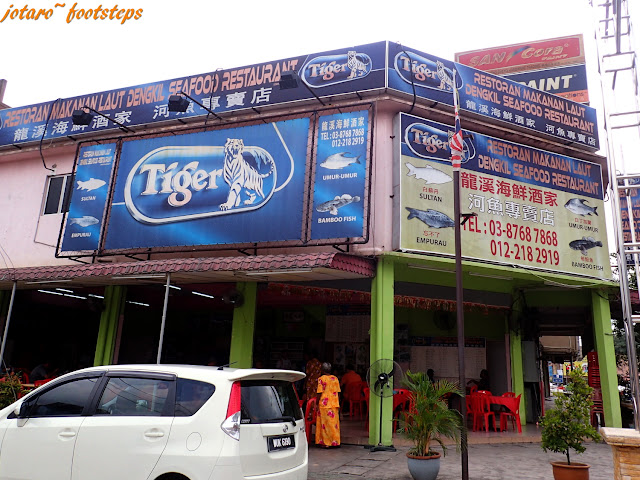 Dengkil it is; as it has been a while since we ate there. And we decided to try out Dengkil (Ng) Seafood Restuarant, one which had been touted for serving a very good range of fresh water fish (they even have the Tapah Fish!). The restaurant is located in a corner double storey shop-lot just off the main road from Putrajaya, at the edge of the old village itself. 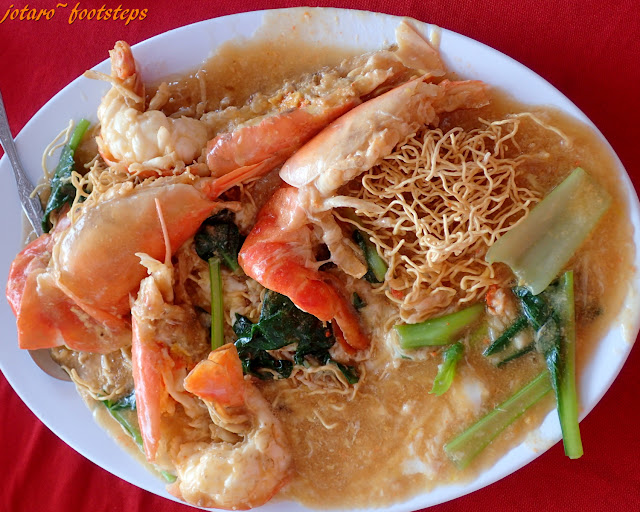 They were just the two of us, tempted as we are, we decided not to order fish and settled for a simple dish of Sang Har Mee - Fresh Water Prawn Noodles. Bear in mind that as like most places, the serving is ordered by the number of prawns that one want. One need to specify the size of prawns (the bigger ones are more expensive). The large size prawns are sold at MYR11 per 100 grams (at time of this blog). We just went for two big prawns totalling about 770 grams for a total cost of MYR84/=. This price is inclusive of frying with sang mee noodles. 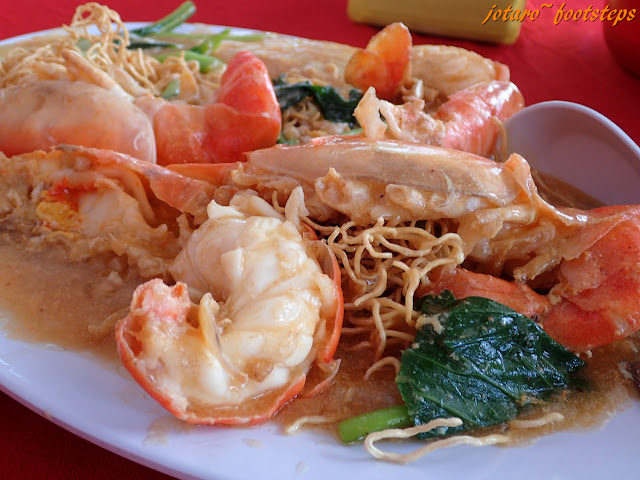 The prawns used here are Udang Galah, giant fresh-water prawns; and according to the management, theirs were imported in from Sabah. Each prawn were sliced down the middle into two halves. 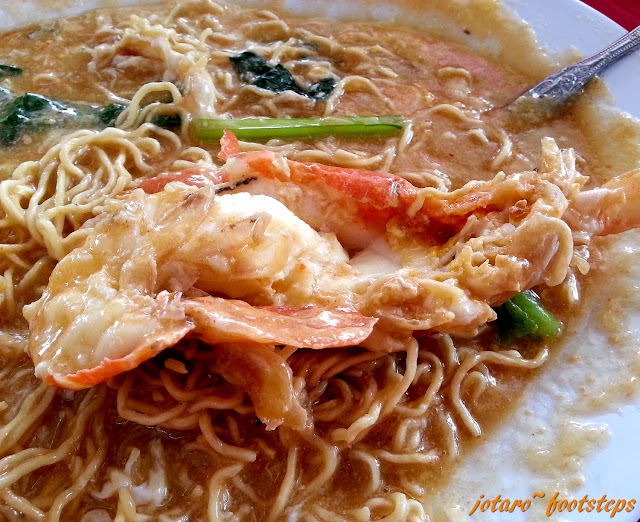 Eventhough they were brought in across the seas from East Malaysia, they were very fresh; must have been brought in alive but I did not see any aquarium holding tanks up front. The meat was tender and very sweet. Overall, the noodles were good - just one improvement, they could have cut down the amount of gravy, making it more concentrated with stronger prawny flavours. 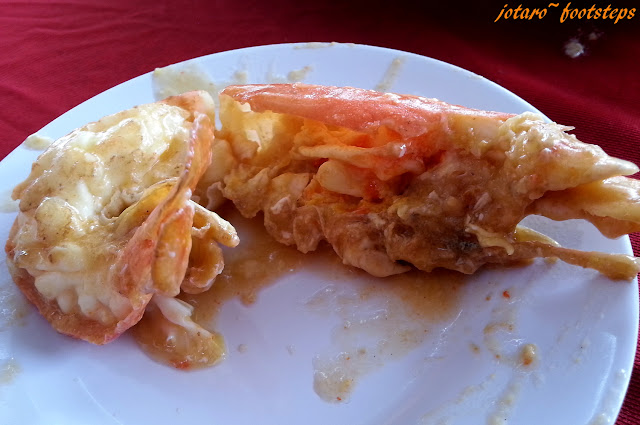 A close look at one half - Yup, can see that the flesh were very fresh, just curling slightly inward when cooked. The head is full of juicy prawn elixir (the orange juicy part) which is tasty but high on cholesterol (ahem).... so have to refrain from eating too much head. 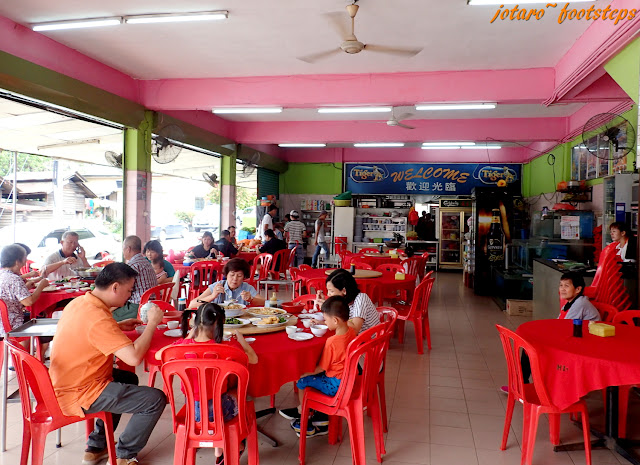 The restaurant occupies two floors; the ground floor is opened with fans. Upstairs is an air-conditioned section.
The food was quite good; I will be back with more friends to savour their fishes!
(See the photo of their shop signage which show some of the fish they offer.)

You are at - Jotaro's Blog / Footsteps / YummY! / Chinese Noodles / Fresh Water Prawn Noodles @ Dengkil Seafood (龍溪海鮮酒家)
If you like this, view my other blogs at Jotaro's Blog
(comments most welcomed. if you like this pls share via facebook or twitter)
Posted by Jotaro Zen at 9:51 PM